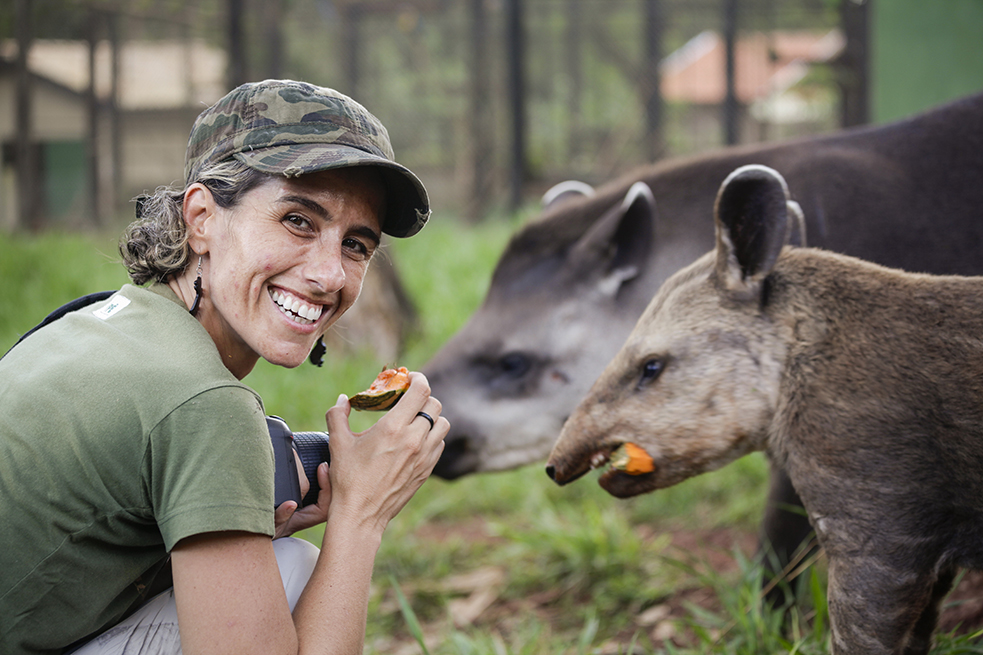 If you want to call someone a “jackass” in Brazil, you call them a “tapir.” These large, forest-dwelling mammals look a bit like a cross between a wild boar and an anteater. And while they’re often derided, they are truly amazing animals.

Brazilian conservation biologist Patricia Medici is utterly devoted to tapirs. When this TED Fellow first started working with tapirs in 1996, nearly nothing was known about the elusive herbivores. Now, thanks in part to her research, we know that tapirs are central to the health of forest ecosystems — and that they are under threat.

This week, the Sixth International Tapir Symposium — the world’s only conference dedicated to tapirs — convenes in Campo Grande, Brazil, bringing together 100 conservationists, researchers, NGOs and governmental agencies from around the world to strategize about tapir conservation and survival. The symposium is the official conference of the IUCN’s Tapir Specialist Group, which Medici has chaired since 2000.

As the conference kicks off, we asked her to share some fascinating facts about her favorite animal. Here’s what she had to say, in her own words.

1. Tapirs are considered living fossils. They’ve been around since the Eocene, having survived several waves of extinction. There are four surviving tapir species: mountain tapirs from the Andean Mountains; Central American tapirs; Asian tapirs in Southeast Asia; and South American tapirs — the ones I studies most closely.

2. Tapirs are pregnant for more than a year. It’s actually pretty amazing that tapirs are still around at all, as they reproduce very slowly. They have a gestation period of 13-14 months and only one offspring is born at a time. If a population’s numbers decline — due to deforestation, disease, hunting or roadkill — it’s very unlikely it will ever recover. In fact, things can reach a point where there are no populations to speak of — only individuals lost in the landscape. Tapirs can be persistent and adaptable in isolation, which is why they’ve managed to survive for so long. But despite their resilience, their genetics get compromised. 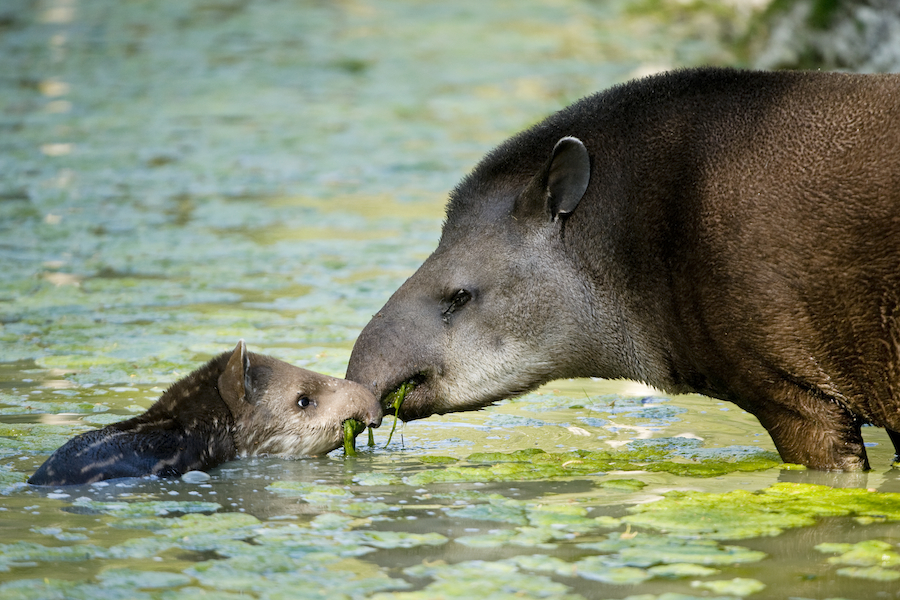 You don’t want to come between a tapir baby and its mother — the normally docile animals become fierce when offspring are threatened. Photo: Daniel Zupanc

3. Tapirs are South America’s largest land mammals. They can weigh up to 300 kilos, which is about half the size of a horse. This heft makes it possible for the animals to push trees over to get to fruits. While they’re generally gentle, docile animals, they can attack when feeling threatened — especially females with babies. Tapirs are also nocturnal, hiding in thick patches of forest to sleep most of the day, and waking at around 3:30 in the afternoon to forage. This combination of weight and night hours means that they are very difficult animals to study in the field — you can’t just follow a tapir and collect data. You have to capture, anesthetize and radio-collar them, set camera traps, and radio-track them during the night when they are active. This may be why it took so long for people to start studying tapirs seriously.

4. Tapirs are called “gardeners of the forest.” Tapirs are wide-ranging animals, moving great distances between various kinds of habitats as they travel from forest patch to forest patch, providing a functional link between them. They eat fruit in one place, swallow the seeds, walk long distances, and defecate on the way — dispersing seeds and creating a plant genetic flow between habitats. Many other animals play this role, but because tapirs eat enormous amounts of fruit, they distribute an enormous quantity of seeds. Forest structure and diversity would be very different without the presence of tapirs!

5. Tapirs are considered an umbrella species. Tapirs require a lot of space in order to find all the resources they need, and they share habitat with many other animals — peccaries, deer, birds, insects, and so on. This means that if you protect tapir habitat, you end up protecting habitat for many other species. 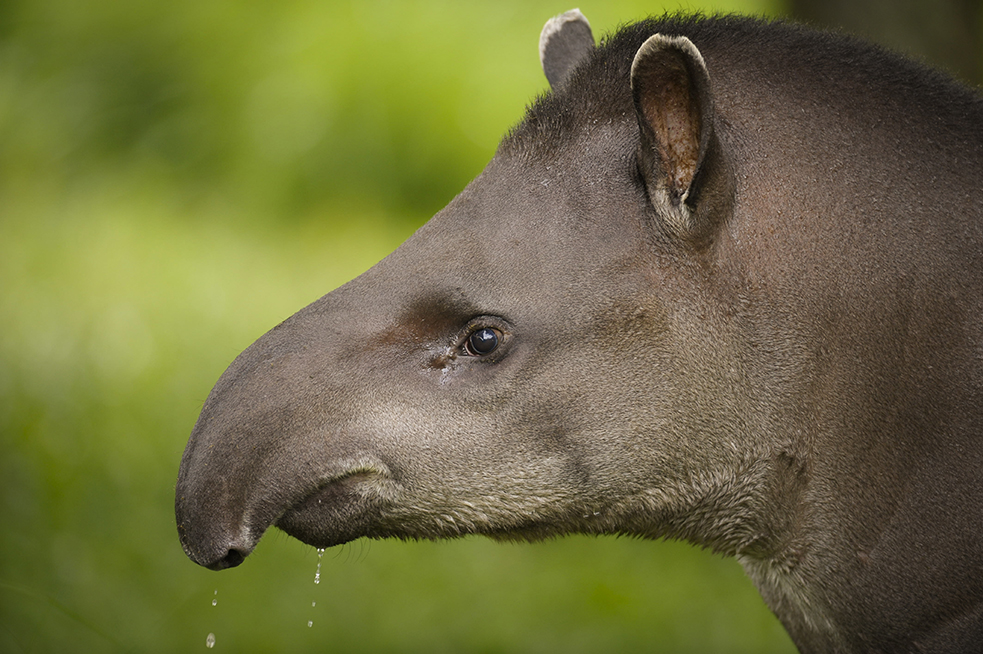 The tapir’s prehensile snout is very good for rummaging for leaves and fruit. Photo: Luciano Candisani

6. The tapir’s nose is flexible. While this prehensile snout is not as flexible as, say, an elephant’s trunk, it’s very good for snuffling around and grabbing leaves and fruit.

7. Even though South American tapirs are threatened with extinction, it can be hard to convince people that this is the case. South American tapirs are distributed throughout South America in 11 countries and a multitude of different eco-regions. In Brazil, this tapir species lives in four different biomes: Atlantic Forest, Pantanal, Amazon, and Cerrado. Their wide distribution makes people think that tapirs are plentiful, but in reality, the biomes are not connected. There’s only 7% of the Atlantic Forest left, and the Cerrado is going pretty much the same direction. The edges of the Amazon are being cleared as we speak. So really, we have only small, isolated populations of tapirs in South America. Still, every year conservationists must make the case and carefully justify why to keep the South American tapir on the IUCN Red List of Threatened Species.

8. Tapirs are hunted for their meat, which is demolishing populations within the Amazon. Recent studies of indigenous hunting practices in the Amazon revealed that the areas immediately surrounding indigenous communities are devoid of mammals. There are huge gaps with no tapirs, peccaries, agouti, anything — in a place where deforestation hasn’t even started yet. Tapirs are sadly misjudged as stupid and not worthy of saving. While many people think of them like a donkey, I prefer to compare tapirs with jaguars – they’re powerful and majestic. Some people mix up tapirs with anteaters or other animals — they don’t have any idea what they are. That’s something I’m working hard to change as I think greater recognition will help conservation efforts. 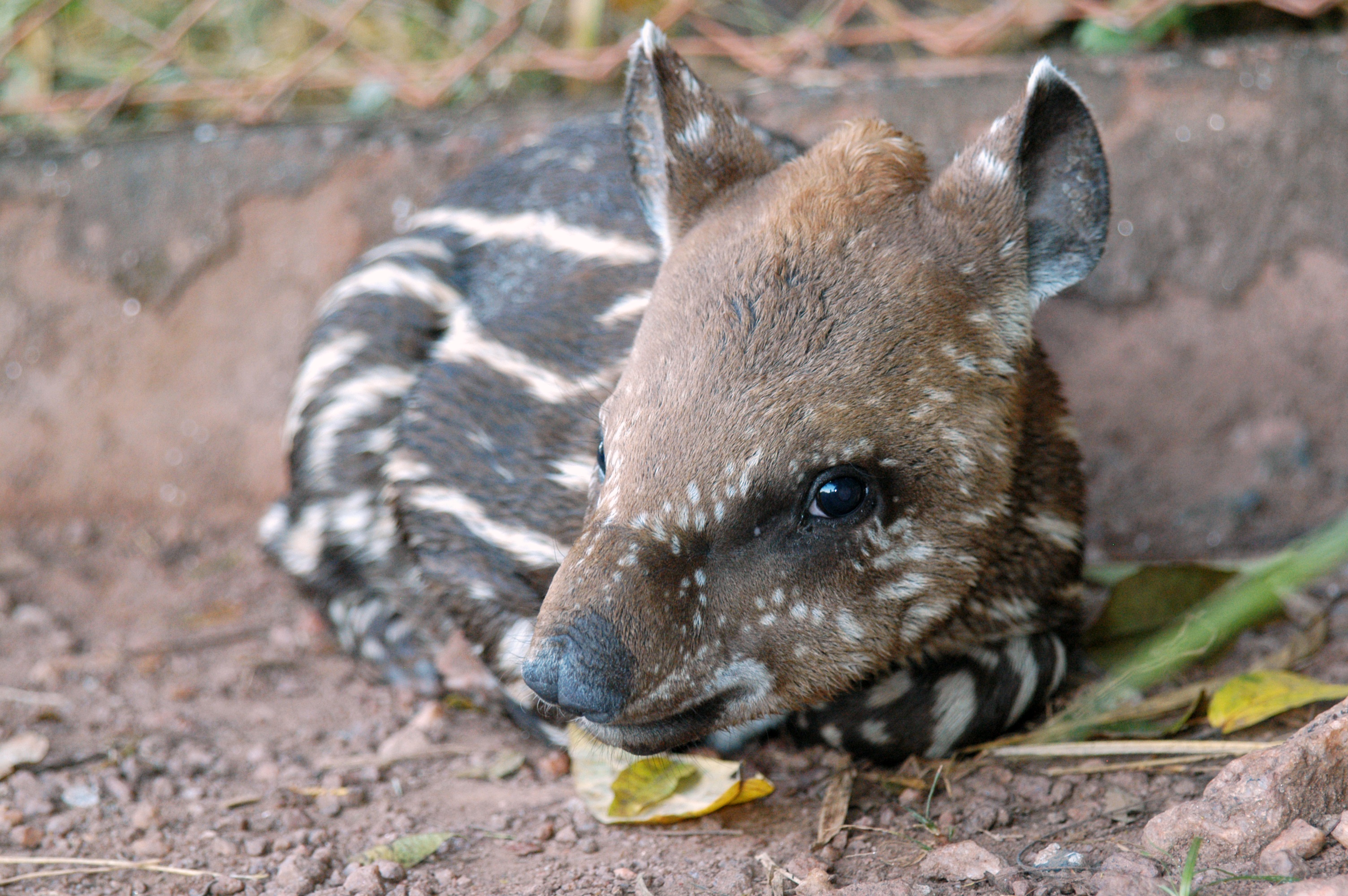 Baby tapirs’ stripes and spots make them resemble a watermelon. Sadly, they lose these markings as they mature. Photo: LIana John

9. Baby tapirs are possibly the cutest animal offspring in the animal kingdom! They are born dark and covered with yellow or white stripes and spots, and look very much like a watermelon. These stripes and spots begin to fade at three months and are completely gone after 5 to 6 months, although some vestiges of spotting may remain in young adults. This serves as camouflage against predation in the wild. Tapir calves stay with their mother for 12 to 18 months.

10. Speaking of baby tapirs, there’s one in the Brazilian Pantanal named TED! I’ve been working in the Pantanal since 2008, and have since captured and monitored 45 individual tapirs. One of my monitored females — Justine, first captured in May 2013 — had a baby sometime between April and May 2014, and we recently got a camera-trap photo of the little male watermelon. I named this little baby tapir TED! 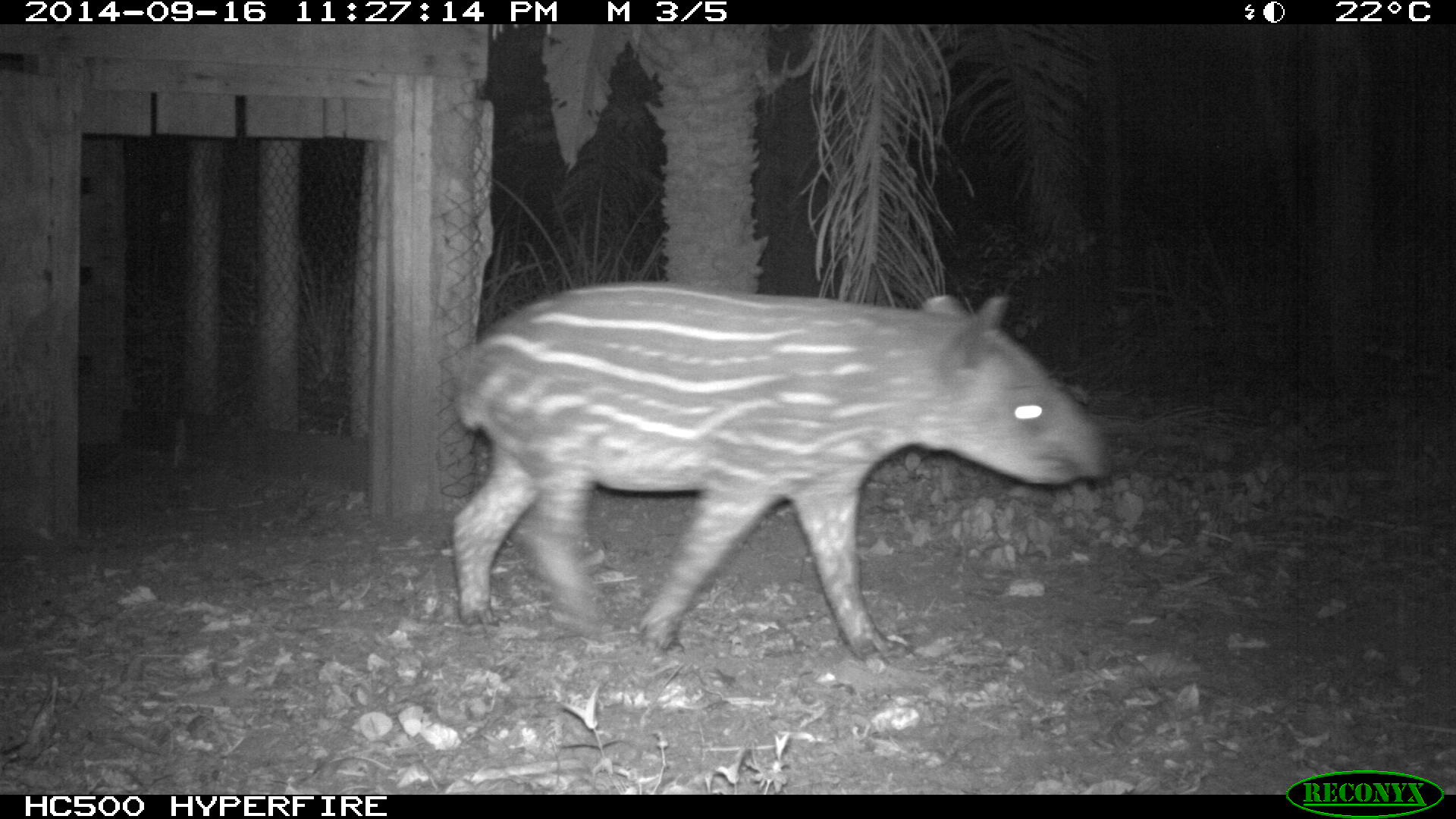