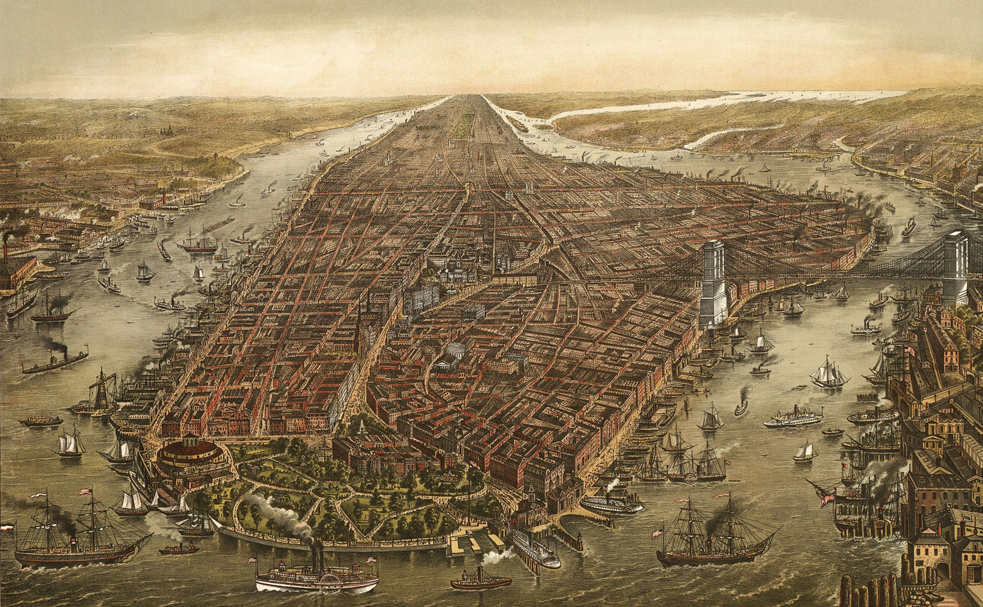 New York, New York, it’s a wonderful town! Here’s one of my favorite images of it, created by George Schlegel lithographers in 1873, while the Brooklyn Bridge was under construction. Image: Wikipedia

New York is a playground of absurdity. I’ve lived here on and off for the past decade. Since I ate my first workday lunch in a “park” in downtown Manhattan, I’ve been blindly accepting everyone’s inexplicable behavior in this city, not least of all the block-long cronut line I pass on my way to work every morning. So when I started curating the speaker program for TEDxNewYork — which is less than two weeks away — it seemed a productively impossible task: to expand my view beyond my own little pocket of the city.

New York is an extrovert, leading and looking forward, not looking underground, inside or backwards. So finding local speakers with ideas that haven’t yet surfaced has been surprisingly difficult. But during our curation research, my team and I fell down a lot of research rabbit holes, each leading to something we just didn’t know about New York’s underbelly. Doing research like this means a lot of nights on the Internet — Wikipedia lists, New Yorker archives, the tables of contents of academic publications, Reddit — but also just talking to people — to strangers in bars, to your friend about their dissertation, to others standing on the subway platform. Once people know you’re looking for local stories, they start volunteering weird information. When you hear about a person, place or thing from multiple sources before NPR or The New York Times has caught on, you start to connect the dots as to what’s about to break out.

Keeping your ear to the dirty Manhattan ground doesn’t always yield great TEDx Talks, but it does make for good watercooler conversation. Below, 10 facts we learned from our research that we thought you’d enjoy.