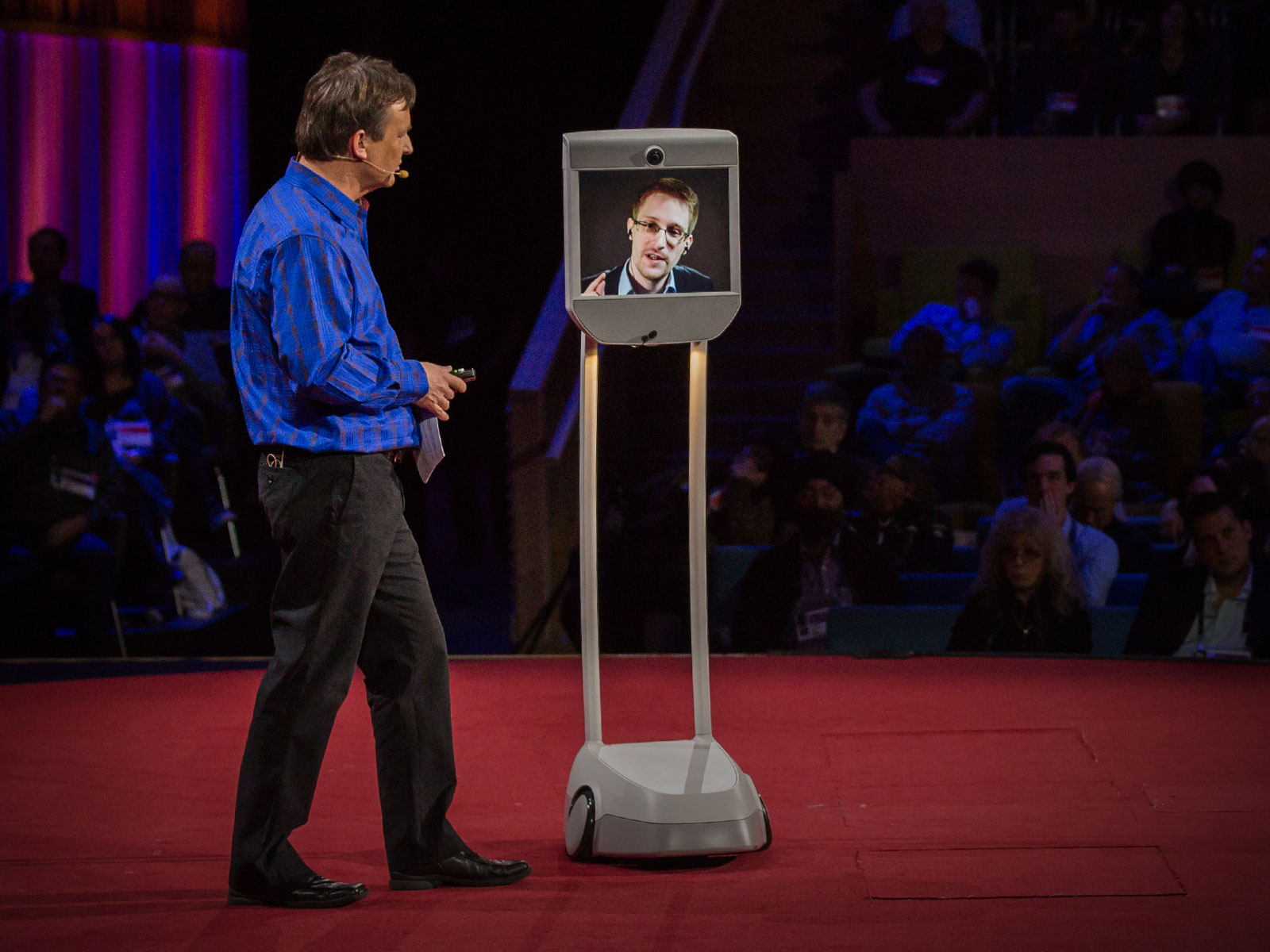 In 2006, TED started putting talks online for free, a milestone in democratizing ideas worth spreading. Since then, the world has seen monumental shifts in history, including the rise and fall of revolutions, the roar of a deadly epidemic, the largest-ever leak of government secrets, an astronomical discovery predicted by Einstein and the election of the first African-American president in the US, to name a few.

To celebrate TED’s 10th anniversary, we’ve collected this playlist of talks that have intersected with history, providing insight on the significant events of their time. Read below for highlights:

Inside the Arab Spring: In December 2010, a man in Tunisia had his cart seized by the police; in protest of the general economic upheaval around him, he set himself on fire. This defiant act ignited the Arab Spring, a series of democratic uprisings and government overthrows across the Arab world. In January 2011, an Egyptian man set himself on fire in protest outside a parliament building in Cairo. The following wave of demonstrations and protests resulted in President Mubarak’s resignation and much later, a draft for a new constitution.

At TED2011, Internet activist and computer engineer Wael Ghonim spoke about his pivotal role in Egypt’s revolution: creating a Facebook page that circumvented censorship and brought new life to a burgeoning movement.

The whistleblower — and the whistleblowee: Edward Snowden was a government contractor working in Hawaii for the NSA. But in December 2012, he copied documents from the NSA that detailed government surveillance programs — some on ordinary citizens. With a whistle blow heard around the world, Snowden catalyzed one of the biggest leaks of government secrets in history, and touched off on ongoing conversation about our digital right to privacy.

At TED2014, speaking from a telepresence robot, Edward Snowden gave the audience a nuanced perspective on Internet freedoms and data privacy.

Where corruption hides its money: Offshore accounts where the powerful, rich and famous stash millions in cash may sound like antics of the wealthy. But it turns out that leaving such assets untaxed means governments worldwide have to cut corners on crucial public services, such as education and food relief.  Such activities remained well-known but closeted facts until April 3, 2016, when, in the largest data leak in history, documents naming international government leaders, corporations and private citizens alike were leaked from the Panamanian bank Mossack Fonseca.

In the midst of the scandal, Robert Palmer gave vital context on the Panama Papers straight from the Global Witness headquarters in a direct-to-camera TED Talk.

The terrorist organization ISIS split from Al Qaeda over stark ideological differences and has since concentrated its effort into establishing a worldwide caliphate. Using shock and violence, ISIS attacks range from guerilla-style to large-scale bombings in countries such as Syria, Iraq, France, Belgium, among others.

At TED2015, international policy analyst Benedetta Berti shared with the audience the surprising ways groups such as Hezbollah, Hamas and ISIS maintain local clout in occupied territories: providing social goods, such as schools and hospitals, that are often neglected by governments.

The refugee crisis begins: In the midst of the Arab Spring, a group of Syrian pro-democracy demonstrators protested in March 2011. Security forces opened fire on them, killing several. What followed was a series of demonstrations calling for President Bashar al-Assad, who has been in power since 2000, to resign. This kickstarted a brutal five-year civil war that has, according to UNHCR, so far resulted in more than 4 million Syrian refugees.

At TEDGlobal>Geneva in 2015, former UN High Commissioner for Refugees António Guterres sat down with Bruno Giussani, TED’s European Director, in a Q&A to discuss the complexities of today’s refugee crisis. Guterres suggested that with improved screening, shelter and distribution at entry points, Europe can learn to better welcome refugees, achieving both its humanitarian and practical goals.

And at TED2016, scholar Alexander Betts offered fresh insight on the refugee crisis by addressing how to help refugees contribute and feel a part of their new homes, benefiting both the refugees and their host countries.

Should this physics discovery worry us? On July 4, 2012, scientists at CERN discovered the Higgs boson particle. This marked a monumental achievement in physics. At TEDxCERN, theoretical physicist Gian Giudice posed a worrisome question: Could a Higgs field, in an ultra-dense state, collapse all atomic matter?

The fight against Ebola: Although the virus first appeared in 1976, a new Ebola outbreak became a large-scale epidemic in 2014, ravaging West Africa. With an average 50 percent fatality rate, communities were crippled by the virus and over 11,000 people died, causing devastation and panic of a possible pandemic.

Finding a ripple on space-time: Back in 1916, Albert Einstein predicted the existence of gravitational waves — ripples in space-time caused by a catastrophic cosmic event — when he mapped out his theory of relativity. Problem was, he didn’t have any proof. No one did, actually. Such waves could be the result of a collision of two black holes, supernovae, or leftover gravitational radiation from the birth of the Universe, among other possibilities. In September 2015, LIGO caught up with Einstein and detected real gravitational waves caused by two colliding black holes, an event dating back to the beginning of the Universe. The announcement of the find, after months of careful checking, came in February 2016.

At TED2016, theoretical physicist Allan Adams of LIGO  shared exactly how this discovery happened and the decades of work that led to it:

Finally, a climate agreement: With fits and bursts of underwhelming success, there have been a handful of global agreements, like the Kyoto Protocol, aimed at tackling climate change. The problem was that these agreements weren’t nearly as global as was hoped, with major powers like the US refusing to ratify. As the effects of climate change became more present and alarming, a new approach was needed, one with comprehensive proposals and a larger coalition of signatories. In December 2015, climate advocate Christiana Figueres was tapped to lead the Paris climate conference by the UN. At TED2016, Figueres shared how she brought 195 world leaders together to agree on a way to slow climate change, resulting in a consensus on the most important climate agreement in history.

The legacy of Nelson Mandela: There is no need  to spell out Nelson Mandela’s remarkable legacy as a fearless fighter against apartheid (resulting in 27 years in jail) and later, South Africa’s first democratically elected black president. He won innumerable accolades, including the Nobel Peace Prize, and at TEDWomen 2013, South African environmental and literacy activist Boyd Varty shared what Mandela taught him about nature, “ubuntu”and interrelatedness. He gave this talk mere hours after Nelson Mandela passed away on December 5, 2013, at the age of 95.

How Americans voted for the first African American president: On January 20, 2009, Barack Obama was inaugurated as the 44th President of the United States, making him the very first African-American president in US history. One month later, statistician Nate Silver challenged the TED2009 audience with surprising experiments and insights on how much a candidate’s skin color affects their chances.

Trying to learn from Haiti: On January 10, 2010, a devastating 7.0 earthquake rocked Haiti, leaving over 222,000 people dead and much of its infrastructure in complete ruin. Later, after time of detailed study, reflection and analysis, TED Fellow Peter Haas shared with the TEDGlobal 2010 audience how bad building practices and design exacerbated the fatality of this natural disaster.

Looking ahead in Afghanistan: In 2005, Afghanistan was a broken country, recovering from war and riddled with corruption, and Ashraf Ghani was an academic and finance minister who shared ideas for how the country might begin to rebuild. In 2014, Ghani became president of Afghanistan.