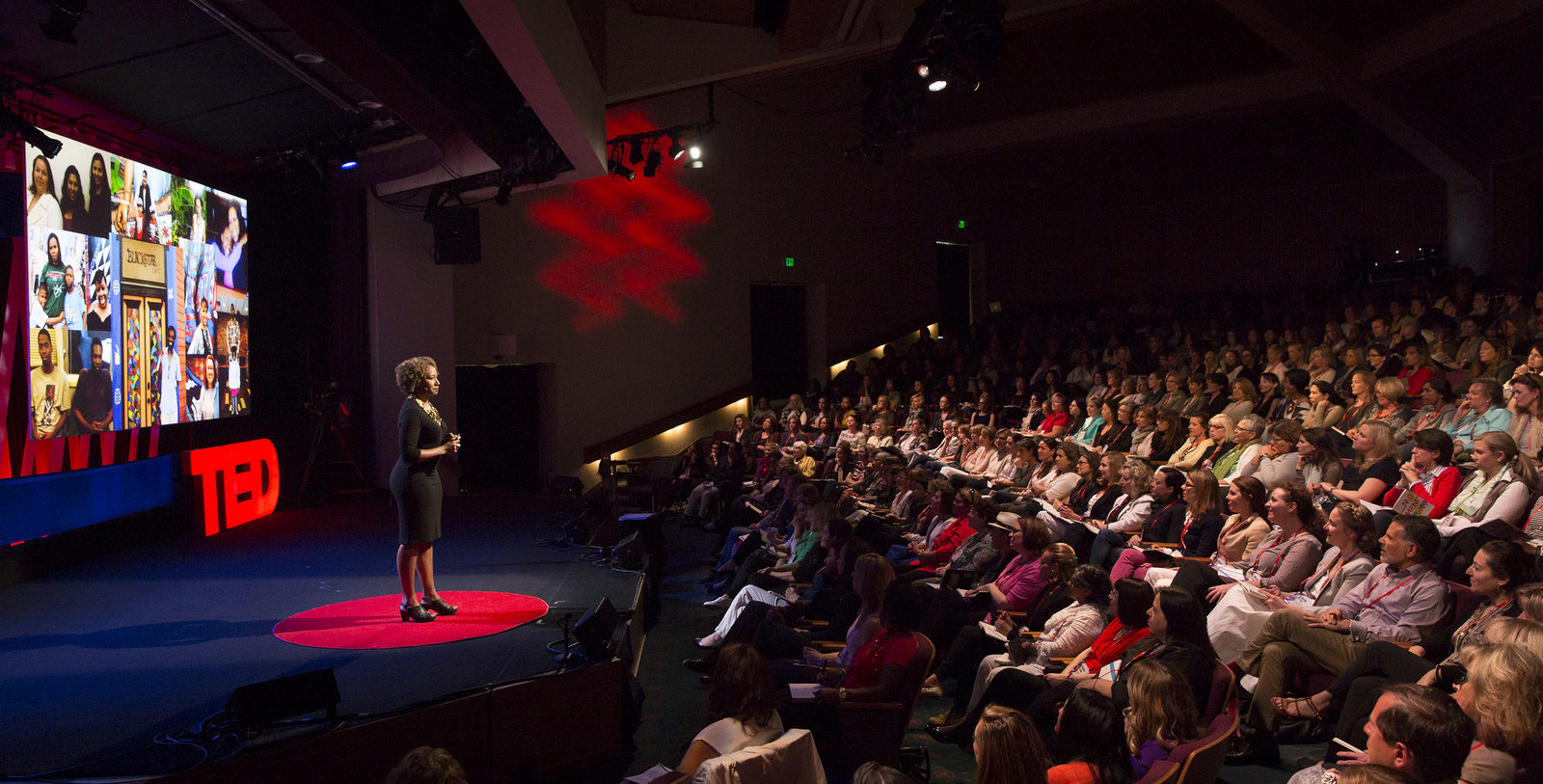 Mia Birdsong stopped the audience in their tracks when she said, “We have overlooked the most powerful resource we have for solving poverty: People who are poor.” Photo: Marla Aufmuth/TED

After two days of TEDWomen 2015,  the jaw-dropping, standing-O moments are still hanging in the air — smart, sad and funny insights on things we don’t often say out loud …

“I am a bad feminist and a good woman. I am trying to become better in how I think and say and do — without abandoning what makes me human.” —Roxane Gay

“Bobby Riggs was one of my heroes. I admired him. That’s one of the reasons I beat him — because I respected him.” —Billie Jean King

“Ebola, like all threats to humanity, is fueled by mistrust, by confusion, by distraction, by the walls we build around ourselves. While we fight against ourselves, the virus thrives.” —Pardis Sabeti

“Empathy is created when we imagine ourselves in someone else’s shoes. It doesn’t mean we have to end up in the same place.” —Aspen Baker

“Companies don’t have ideas. Only people do. And what motivates people are the bonds of loyalty and trust they develop around each other.” —Margaret Heffernan

“Marginalized communities are full of smart, talented people hustling and working and innovating just like our most revered and most rewarded CEOs.” —Mia Birdsong

“If I’m going to push my students toward their dream and purpose in life, I have to get to know who they are.” —Linda Cliatt-Wayman

“I am not inspired by helping you find Chinese food at 2am in Dallas, or swipe right to get laid. I want to use tech and data to make the world a better place.” —Nancy Lublin

“You can’t just turn something pink and think women are going to want to wear it.” —Christina Mercando

“Five years down the line, all of our devices will have an emotion chip. We won’t remember when we couldn’t just frown at a device.” —Rana el Kaliouby

“People have this idea that nature dictates a sort of 1950s sitcom version of what males and females are like. That is just not the case in the insect world.” —Marlene Zuk

“Climate change is the greatest threat to human rights in the 21st century.” —Mary Robinson

“Glaciers are trying to tell us something.” —Erin Pettit

“I do not feel diminished by Parkinson’s. I feel distilled by it, and I actually very much like the woman I’m distilling into.” —Robin Morgan

“We cannot train women and forget about the men. We should train men to know the potential of women.” —Sakena Yacoobi

“I remain a very strong believer that women’s rights and religion are not mutually exclusive. But we have to be at the table. We have to stop giving up our position. Because by remaining silent, we allow for the continued abuse and persecution of women worldwide.” —Alaa Murabit

“The number one abuse of human rights on Earth is the mistreatment of women and girls.” —Jimmy Carter

“Our bodies become lessons about sin / way before we learn how to love them.” —Lee Mokobe

“A country can have racism without racists.” —Rich Benjamin

“Men fear that becoming ‘we’ will erase his ‘I.’ For women, our ‘we’ is our saving grace … Women’s relationships are like a renewable source of power.” —Jane Fonda