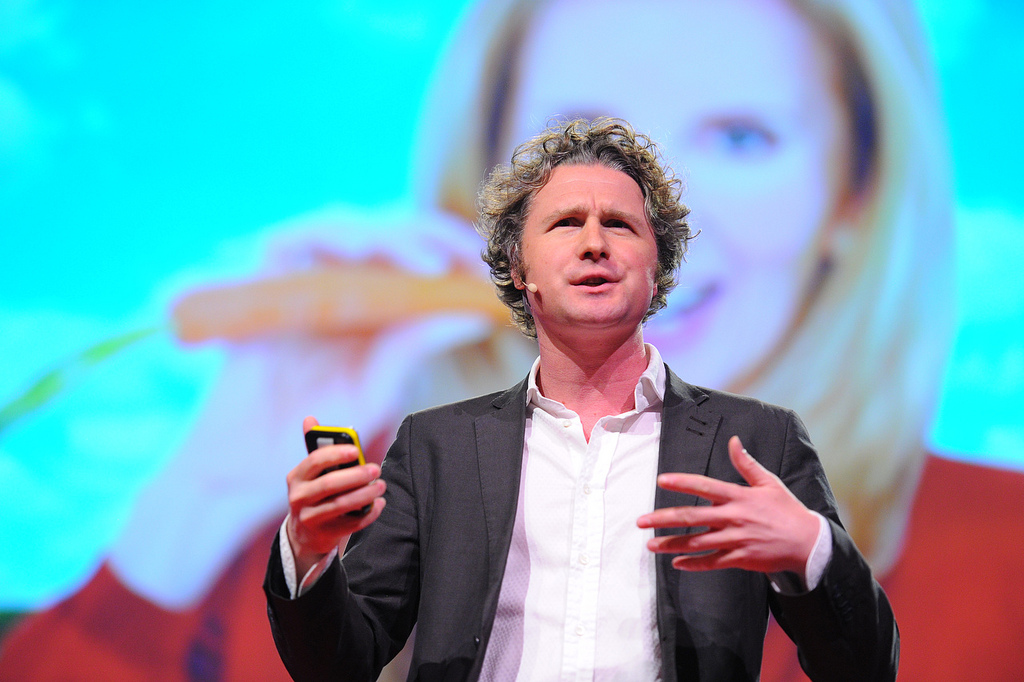 Dr. Ben Goldacre asks why medical researchers seem to publish only positive results of pharmaceutical testing, instead of openly sharing both good and bad results. (Wouldn’t you want to know everything possible about a drug you’re about to take?) Photo: James Duncan Davidson

Sometimes it seems as if the Internet has created a bold new era of openness. But if there is one place where openness appears to be lagging, it would be scientific research. The scientific community is full of intricate (and often little-known) systems that regulate and control it, sometimes to great purpose, but sometimes to its own detriment.

Scarce funding has created a competitive environment obsessed with the publication of successful positive studies. But often, useful information is neither positive nor complete. Emphasis on publication incentivizes scientists to hoard their work in its early stages, and it reinforces the idea that the only work worth sharing is that which yields a successful confirmation of a hypothesis. When the study doesn’t work as expected, it’s often filed away.

This kind of bias is especially dangerous in the health care industry. Doctors’ decisions carry a life-or-death importance that requires the disclosure of all relevant information. Overlooking or obscuring new medical information, whether intentional or not, is a danger to all of us.

Michael Nielsen uses his TEDx talk to explore how an open industry may lead to more rapid and efficient solving of today’s most difficult scientific problems.

Sharing three examples — the Polymath project, the Quantum Wiki and the GenBank — Nielsen describes the advantages and pitfalls of an open system. He concludes that to convince scientists to contribute to collaborative projects that may advance the greater good, rather that focus only on their own publications, we must make collaboration essential to their survival. More succinctly: “Any publicly funded science should be open science.”

Meanwhile, Jay Bradner’s talk serves as a personal report from the front lines of the fight against cancer — and the possibilities of open science. After discovering an important compound for cancer research, Bradner and his team decided to ask: “What would happen if we were as open and honest at the earliest phase of discovery chemistry research as we could be?”

His firsthand account shows how day-one openness helped him and his colleagues advance their research rapidly and efficiently. By borrowing “from the amazing successes of the computer-science industry, [they established] two principles — that of open source and that of crowdsourcing — to quickly, responsibly accelerate the delivery of targeted therapeutics to patients with cancer.”

To hear another personal story of the triumphs of open science, consider Pardis Sabeti’s talk about the collaborative effort that helped stop Ebola.

There are also more nuanced ramifications to the culture of hoarding and secrecy. In her talk, Ellen t’ Hoen describes in detail how the oppressive structure of medical patents prevents low-income patients from receiving the treatment they need to survive.

She compares health care to the aviation industry, whose growth was also once stymied by patent battles. Due to the US government’s logical interest in successful flight, they ordered that all aviation patents be “pooled,” or freely shared between competitors to ensure the development of military aircraft.

This structure was later applied to fight AIDS and develop cheap and accessible retroviral drugs. However, unlike aviation industry, this patent pool was voluntary. With out legal obligation, this progress is contingent “on the willingness of drug companies to make [pooling] happen. We count on those companies that understand that it is … not only in the interest of the global good, but also in their own interest, to move from conflict to collaboration.” Perhaps it’s time our governments took action again.

Secrecy in science may also lead to a certain insidious bias, one that prevents accurate information regarding the effectiveness of new drugs from reaching doctors and consumers. Ben Goldacre describes what he refers to as the “publication bias” and how it often leads negative trials to go missing in action.

Goldacre invites us to imagine medical trials as a coin toss: “If I flipped a coin 100 times but then withheld the results from you from half of those tosses, I could make it look as if I had a coin that always came up heads.” A system that only rewards positive results incentivizes the willful omission of studies yielding negative ones, which leads to over-estimated success rates and redundant research. It creates to false hope and wasted time. Goldacre demands that, to preserve the integrity of the health industry and ensure the safety of the public, all trials conducted on humans must be published, old and new, successful or not.

Many more TED Talks explore the positives (and challenges) of open-source policy, both in and outside of health care. Explore our “open-source” tag.