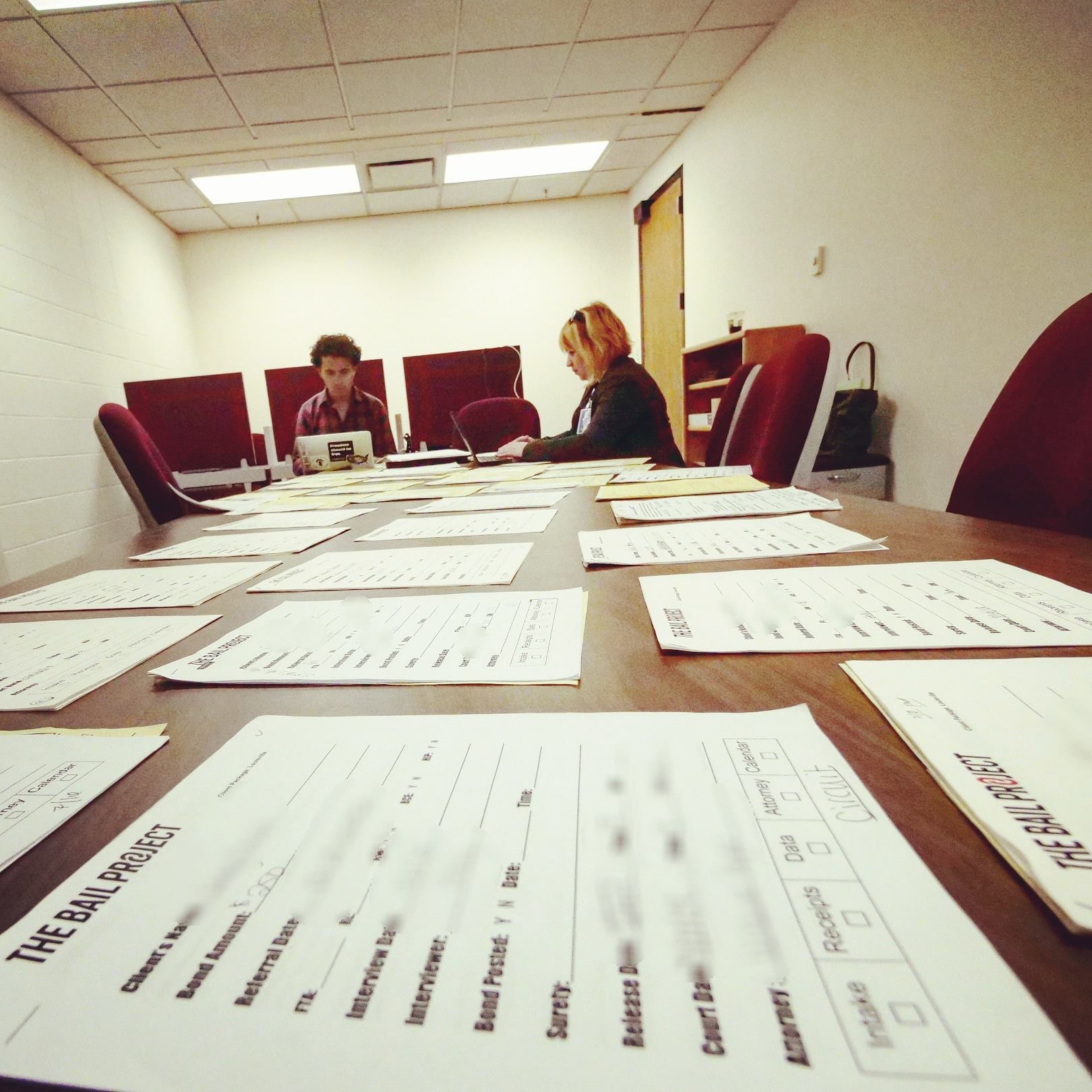 In this anonymous conference room, The Bail Project is doing paperwork to release 20 people from jail in a single day. Want to know more about the bail system in the US? Read this explainer.

Their ideas are ambitious, with the goal of changing outdated systems and impacting millions of lives. It’s been five months since The Audacious Project’s first class of project leaders spoke at TED2018, and each one is gaining momentum. Below, the latest news.

More than 1,600 people have now had their bail paid by The Bail Project, allowing them to await their trial from home rather than in a jail cell. In July 2018, The Bail Project opened in Detroit, working with the Detroit Justice Center — and that same week, they had their biggest-impact day so far, bailing out more than 20 people in Louisville, Kentucky. Next up for the project: California. They’ve started operations in San Diego, and are gearing up to launch in Compton, working with the UCLA School of Law and the Compton Public Defender.

The media is starting to take note. Robin Steinberg and “bail disrupters” Shawna Baldwin-Harrell and Richard Baxter were featured on NBC’s Dateline in a powerful episode that takes you inside the local jail in Tulsa, Oklahoma, to meet some of the women affected. Meanwhile, The Bail Project has gotten great coverage from The Christian Science Monitor, Michigan Public Radio, PBS NewsHour and St. Louis Public Radio. And after California passed a sweeping set of reforms that Steinberg and other activists fear will dramatically increase pretrial incarceration, she explained last week in an op-ed in The New York Times what should come after cash bail.

Earlier this month, Fred Krupp’s talk posted on TED.com, explaining the Environmental Defense Fund’s plan to slow down climate change by focusing on the greenhouse gas methane. Barely a week later, the Trump administration issued a proposal to weaken EPA rules, made in 2016, to reduce methane emissions from oil and gas companies. EDF projections show that this proposal could result in a half million additional tons of methane pollution by 2025. While they plan to fight the proposal, EDF stresses that it just strengthens the need for MethaneSAT. When oil and gas companies have data on leaks, they take action — this summer, BP, ExxonMobil, Chevron, Equinor and Shell all committed to addressing the problem of methane emissions.

Last week, Krupp attended the Global Climate Action Summit in California, where Governor Jerry Brown announced exciting news: California is developing its own satellite to measure greenhouse gas emissions. EDF is working with the state, and these two satellites will work together in tandem. While MethaneSAT will take broad, detailed measures of methane emission, surveying 80 percent of global oil and gas operations every four days, California’s system will detect medium to large leaks at specific locations. As EDF puts it on their blog, “It’s like having two camera lenses — wide angle and telephoto — that together produce a more complete picture.”

Trachoma is on the run

It was announced in June, but made official in a ceremony in August: Ghana has eliminated trachoma as a public health problem. It is the seventh country to do so in recent years, following Cambodia, Laos, Mexico, Morocco, Oman and Nepal. Sightsavers has been working since 2000 on eliminating the disease in Ghana, and getting to this milestone was a long road. Watch a video on what it took, and read an account of the final days of trachoma in Ghana, spent searching towns for the final patients, with nurses performing surgeries in teams of four. 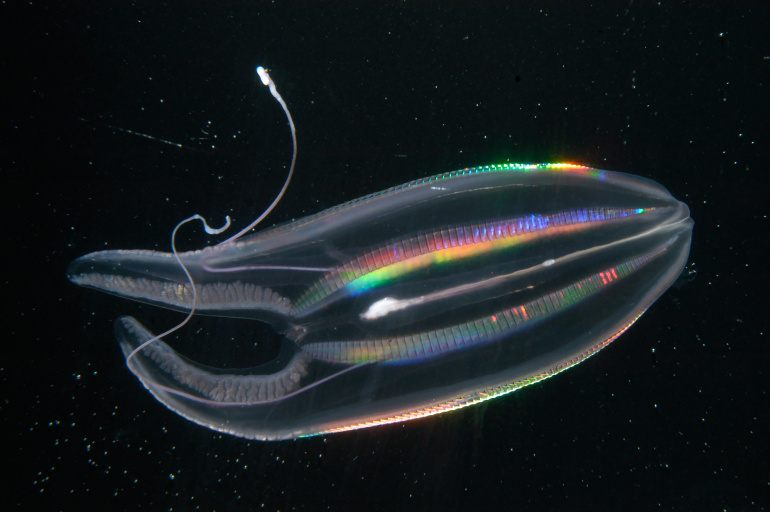 Meet the ctenophore, an incredible inhabitant of the ocean’s twilight zone. Want to meet more creatures who live here? Check out this gallery.

The first cruise in Woods Hole Oceanographic Institution’s mission to explore the ocean’s twilight zone — define — left shore from Newport, Rhode Island, on August 11. The goal was to test Deep-See — a tool that’s 20 feet long and packed with broad-frequency sonars, cameras and sensors capable of capturing two terabytes of data every hour. When the cruise returned to land 10 days later, it had already generated more data about the twilight zone than almost any expedition before it. Andone Lavery, a physicist who is part of the project, said it was surprising to see organisms evenly distributed through the zone, rather than in dense layers. She told Science magazine that the new tool was “like color TV versus black-and-white.”

Meanwhile, a second cruise — funded in collaboration with NASA and NSF —  is making its way through the Pacific, looking at the role the twilight zone plays in Earth’s climate. What it finds could show us new dimensions of the carbon cycle. And this is just the beginning.

Living Goods and Last Mile Health have a new partner in their project to digitally empower community health workers, to serve their neighbors in key countries in East and West Africa. Gavi, the Vaccine Alliance, is joining them to make sure that community health workers can collect data and educate communities about immunizations. This work should allow nurse supervisors to vaccinate up to 8 million people by 2021. It’s exciting work, sure to have a big impact. The news comes just as a controlled study of Last Mile Health’s community health worker program was published in the American Journal of Public Health, showing that its model rapidly increases access to lifesaving care for children.

On the road to Selma, a #StressProtest

T. Morgan Dixon and Vanessa Garrison of GirlTrek are midway through a 50-city wellness tour they’ve dubbed the Road to Selma. As they travel the country and hold workshops with Black women, they’re gathering insights on how to make next year’s Summer of Selma a success. Planning for the event is underway, alongside partners at the Selma Center for Nonviolence, Truth and Reconciliation.

Over Labor Day, the GirlTrek team took a break to camp out in Rocky Mountain National Park for the second annual #StressProtest, a long weekend of self-care, hiking and nature for Black women. Dixon and Garrison spoke to Essence and Shondaland about why this is so vital. “Slowing down is the most radical thing you can do in this capitalist world that demands your work from sunup to sundown,” said Dixon. She and Garrison, recently named Women’s Health 2018 Game Changers, had an incredible time, from long hikes to conversations around the campfire. But even in this weekend of self-care, there was a bitter moment: As Garrison posted on Instagram, while driving a van full of Black women down the road after a hike, she was pulled over by a park police officer. “This man was asking me what I was doing in the park,” she writes. “Asked me while still holding his hand to his gun, despite seeing our hiking gear when we rolled the windows down.” But as Garrison powerfully writes: “I belong here. We belong here.” And she promises: “We’ll be back to the park next year. Thinking we will bring 1,000 Black women this time.”

Helping one million farmers help themselves

One Acre Fund is building capacity, and fast. By the end of the year, Andrew Youn and his team will serve more than 750,000 small-scale farmers, tracking far ahead of their goal of one million by 2020. This work is far-reaching, but its impact is personal. Six years ago, Wycklyfe Mwanje — now age 40 — was a small-scale farmer whose only source of income was his two-acre farm. Today, after working with One Acre Fund to improve his planting materials and techniques, he runs his farm, owns a mill for grinding maize and operates a popular butcher shop. 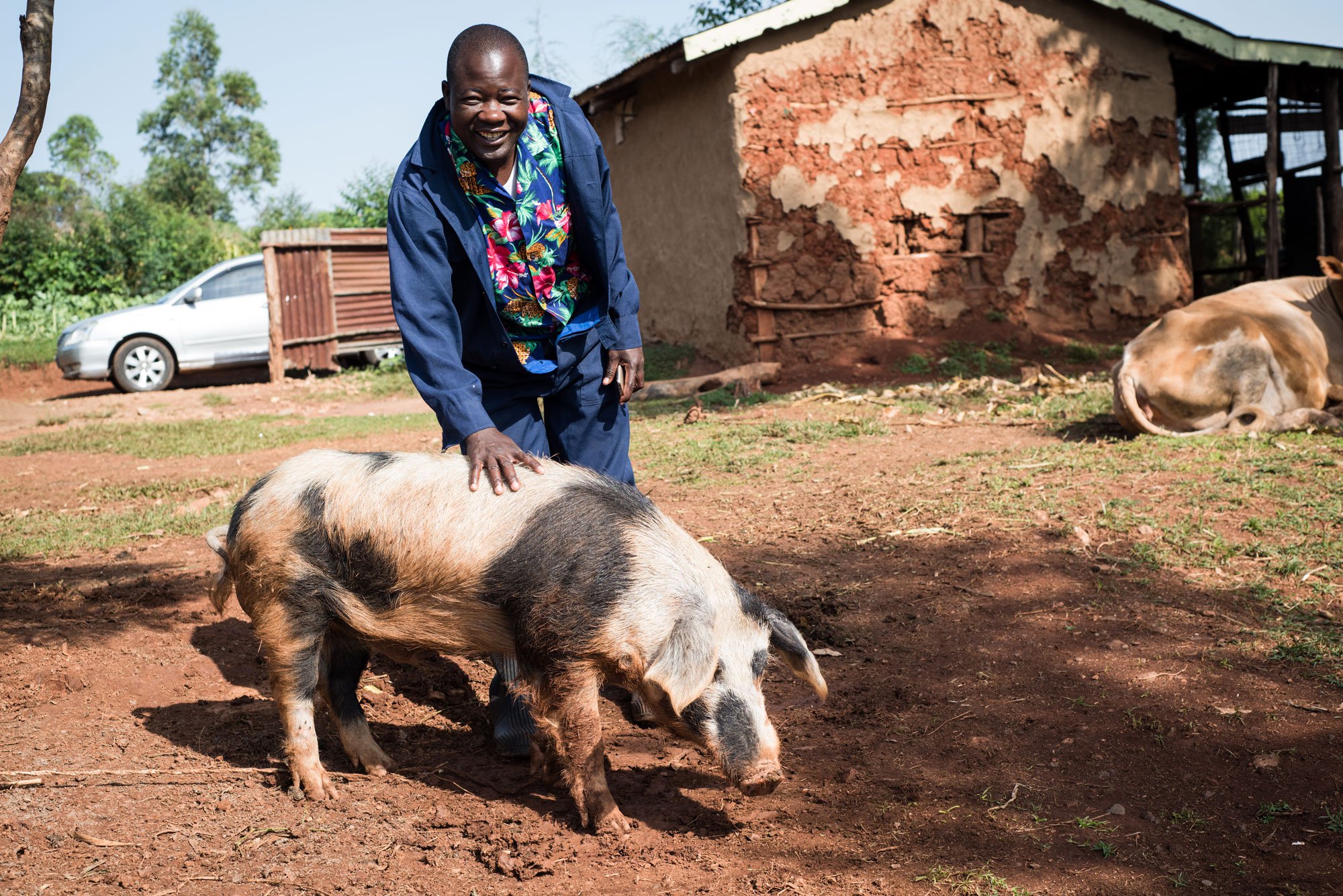 Wycklyfe Mwanje has gone from small-scale farmer to the owner of a mill and butcher shop. Want to know more about One Acre Fund’s plans to scale? Watch the update from TED2018.