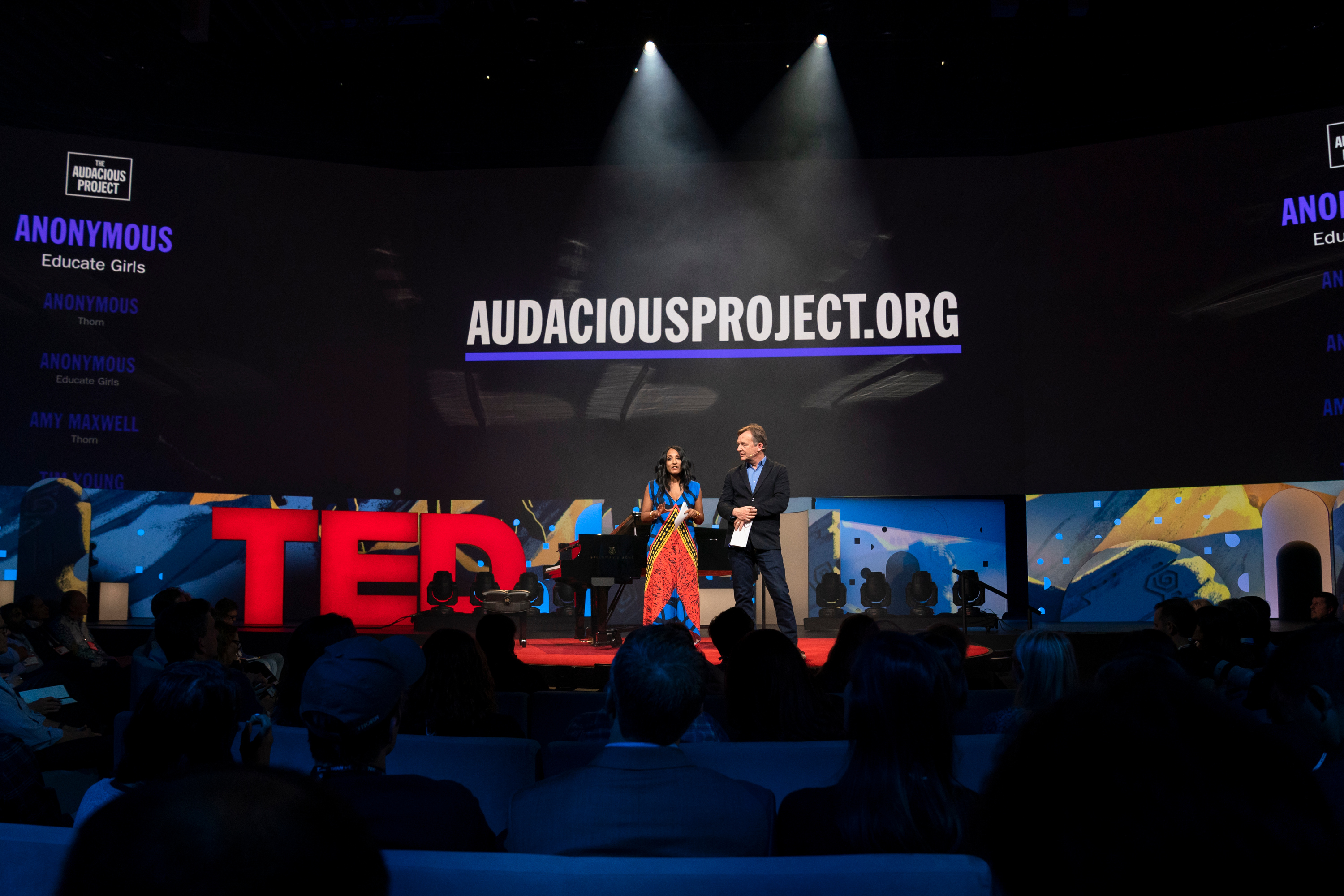 Executive Director of the Audacious Project Anna Verghese and Head of TED Chris Anderson help unveil eight big, bold projects that are receiving the support of The Audacious Project in 2019. They speak at TED2019: Bigger Than Us, on April 16, 2019 in Vancouver, BC, Canada. (Photo: Ryan Lash / TED)

In the program guide for Session 4 of TED2019, “Audacity,” a group of eight mysterious figures stands silhouetted in black. That’s because the speakers in this session were a total surprise — to those in TED audience and to those tuning in via Twitter Live from around the world. These eight speakers all have big, bold ideas for global change — and they’re representing eight projects that are receiving the support of The Audacious Project in 2019. Over the next three to six years, these ideas have the potential to change broken systems and impact millions of lives in a positive way. And each needs your support. After each idea, find out how you can get involved.

The event: Session 4 of TED2019, hosted by Chris Anderson, Head of TED, and Anna Verghese, Executive Director of the Audacious Project

When and where: Tuesday, April 16, 2019, 5pm, at the Vancouver Convention Centre in Vancouver, BC

Music: Emeli Sandé singing three beautiful songs: “You Are Not Alone,” “Extraordinary Being” and “Read All About It Part III” 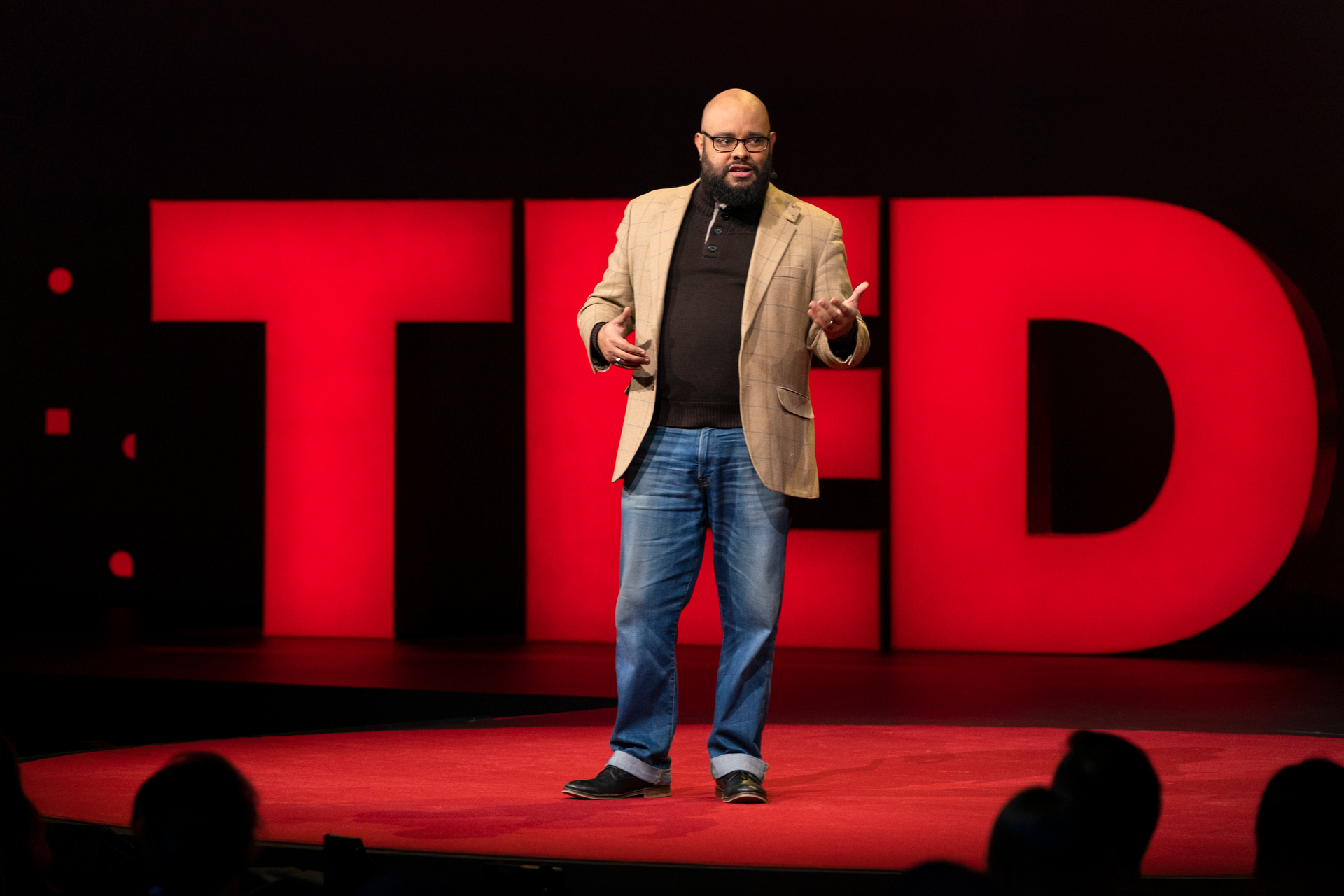 “When we change the definition of racism from attitudes to behaviors, we transform that problem from impossible to solvable,” says Phillip Atiba Goff, president of the Center for Policing Equity. He speaks at TED2019: Bigger Than Us, on April 16, 2019 in Vancouver, BC, Canada. (Photo: Ryan Lash / TED)

Phillip Atiba Goff, behavioral scientist and president of the Center for Policing Equity

Joanne Chory, plant biologist and director of the Plant Biology Laboratory at the Salk Institute for Biological Studies 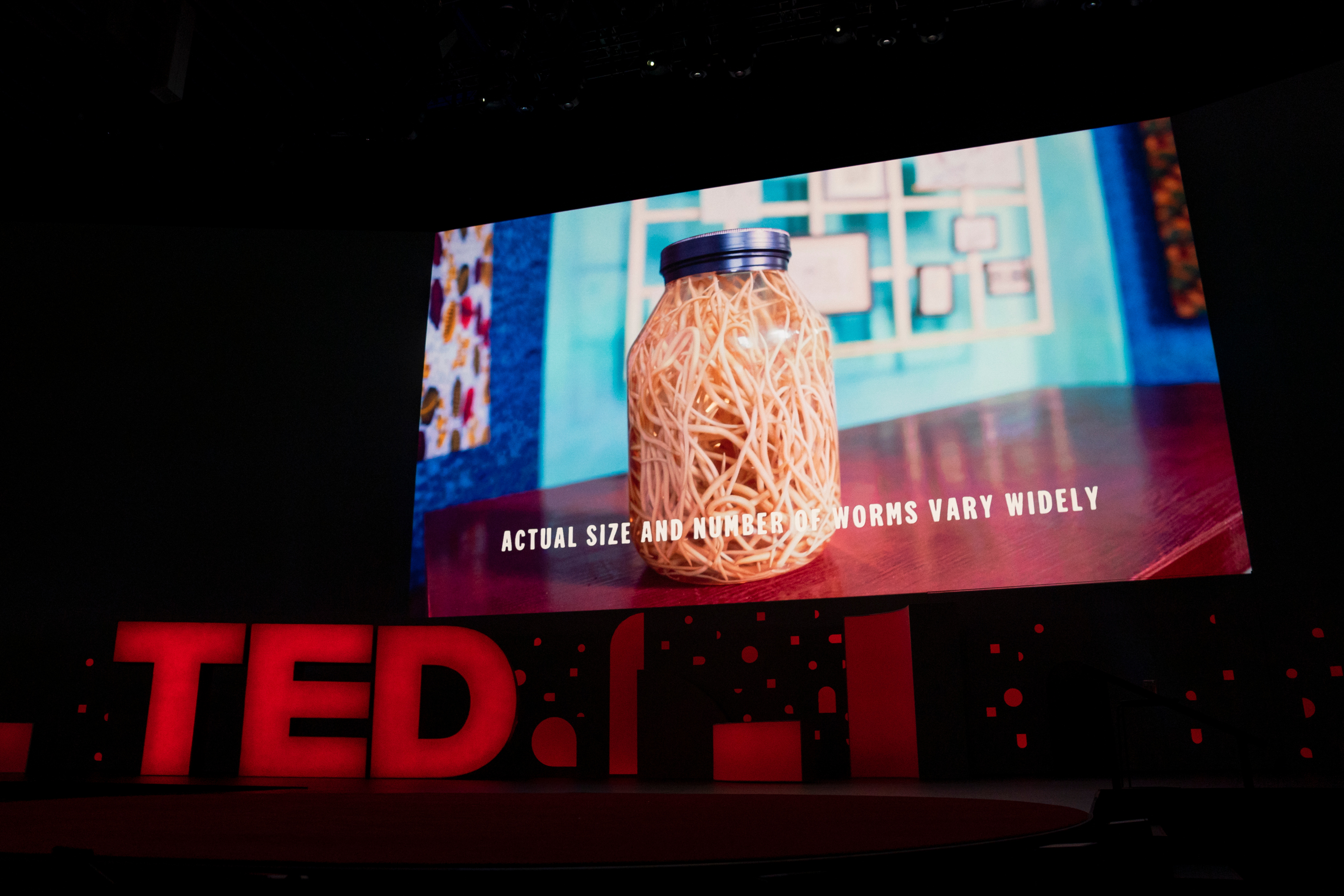 In this jar, there are 200 roundworms — because that’s the number that might be found in the belly of one child with an intestinal worm infection. Ellen Agler, the CEO of the END Fund, has a big plan to end disease from worms. (Photo: Bret Hartman / TED)

Ellen Agler, public health leader, CEO of the END Fund and author of Under the Big Tree 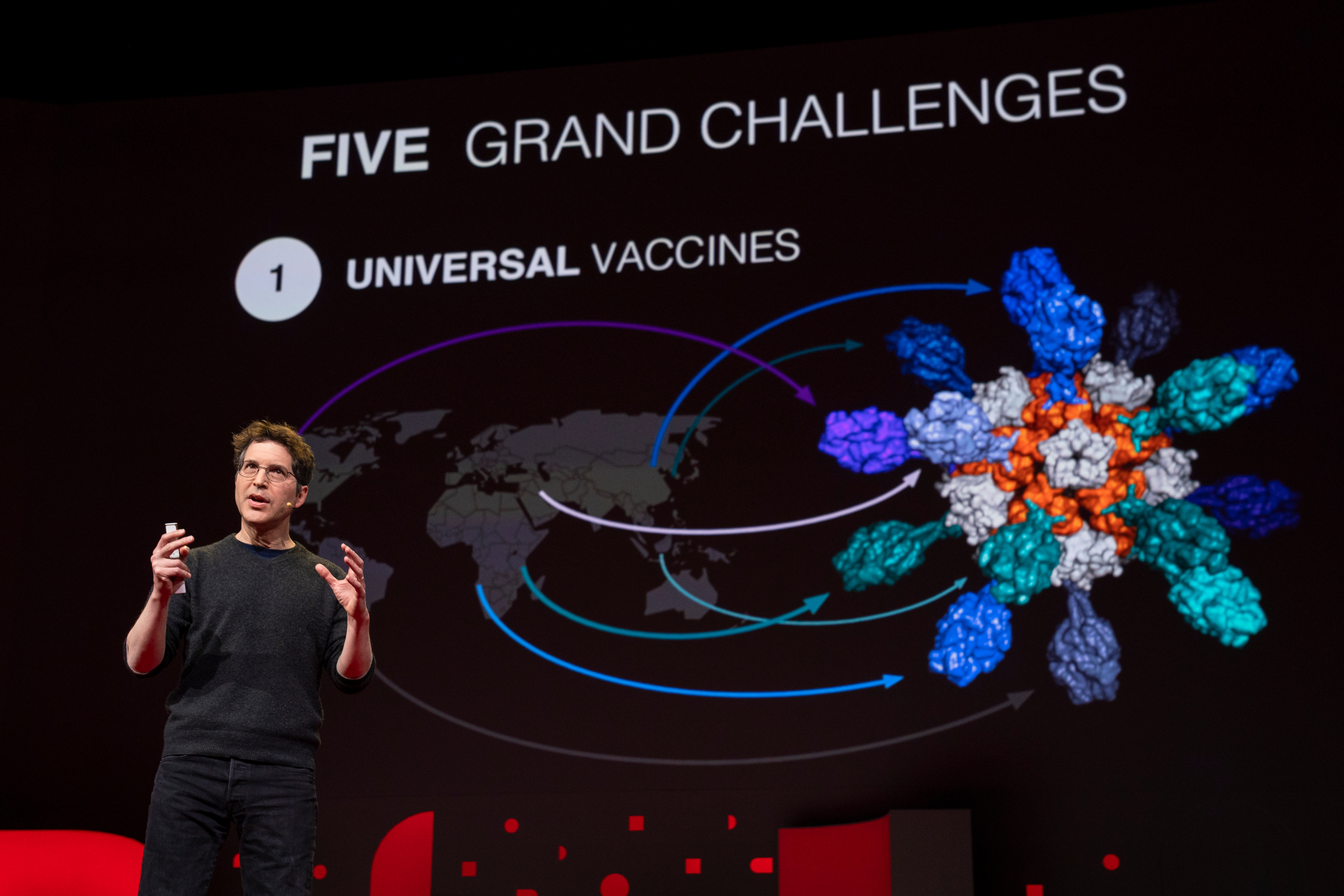 At the Institute for Protein Design, biochemist David Baker and his team are working on five grand challenges: including developing a universal flu vaccine that you would only need to take once. (Photo: Bret Hartman / TED)

David Baker, professor of biochemistry and director of the Institute for Protein Design at the University of Washington School of Medicine 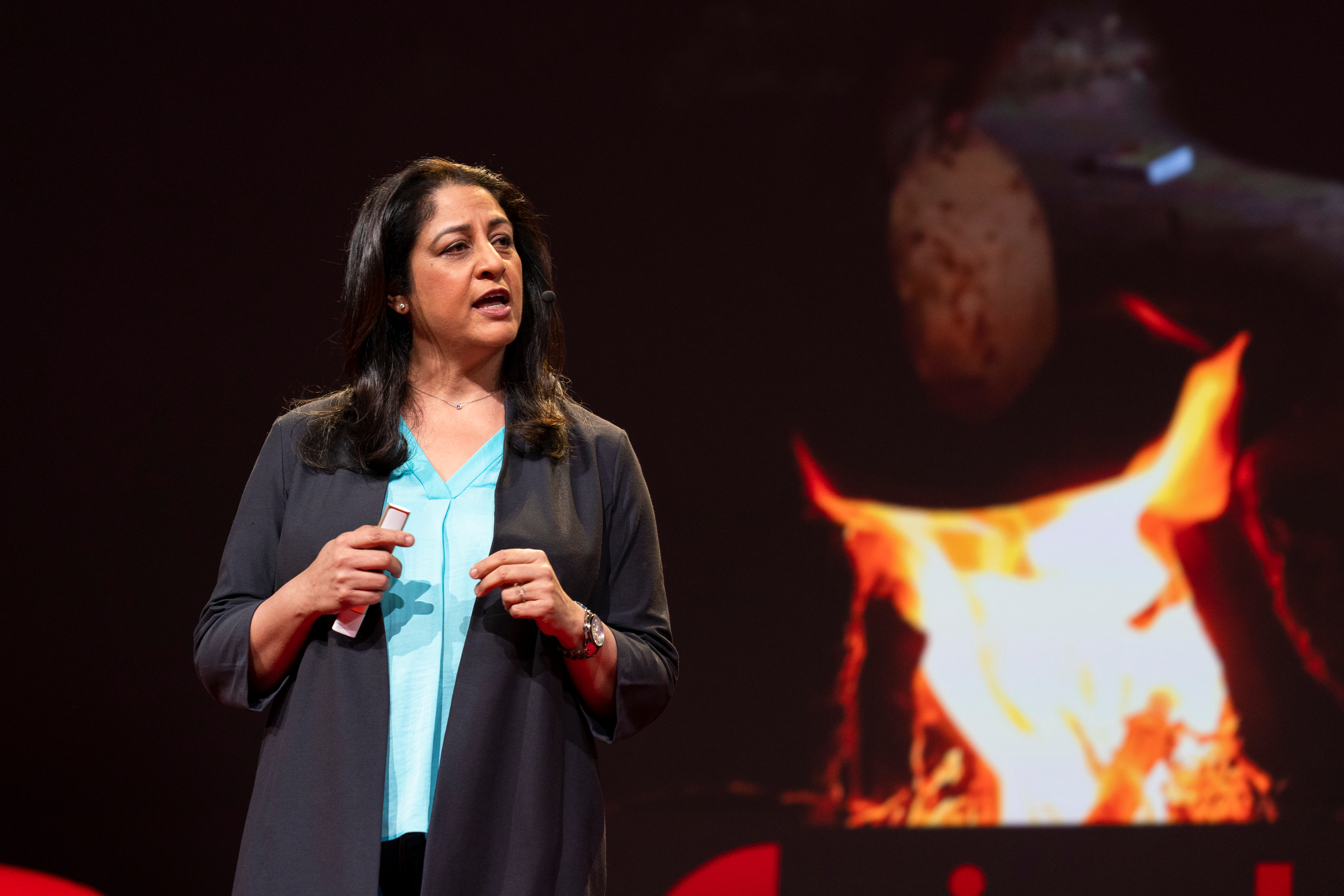 Safeena Husain, executive director of Educate Girls, plans to enroll a staggering 1.6 million girls in school in the next five years. She speaks at TED2019: Bigger Than Us, on April 16, 2019 in Vancouver, BC, Canada. (Photo: Bret Hartman / TED) 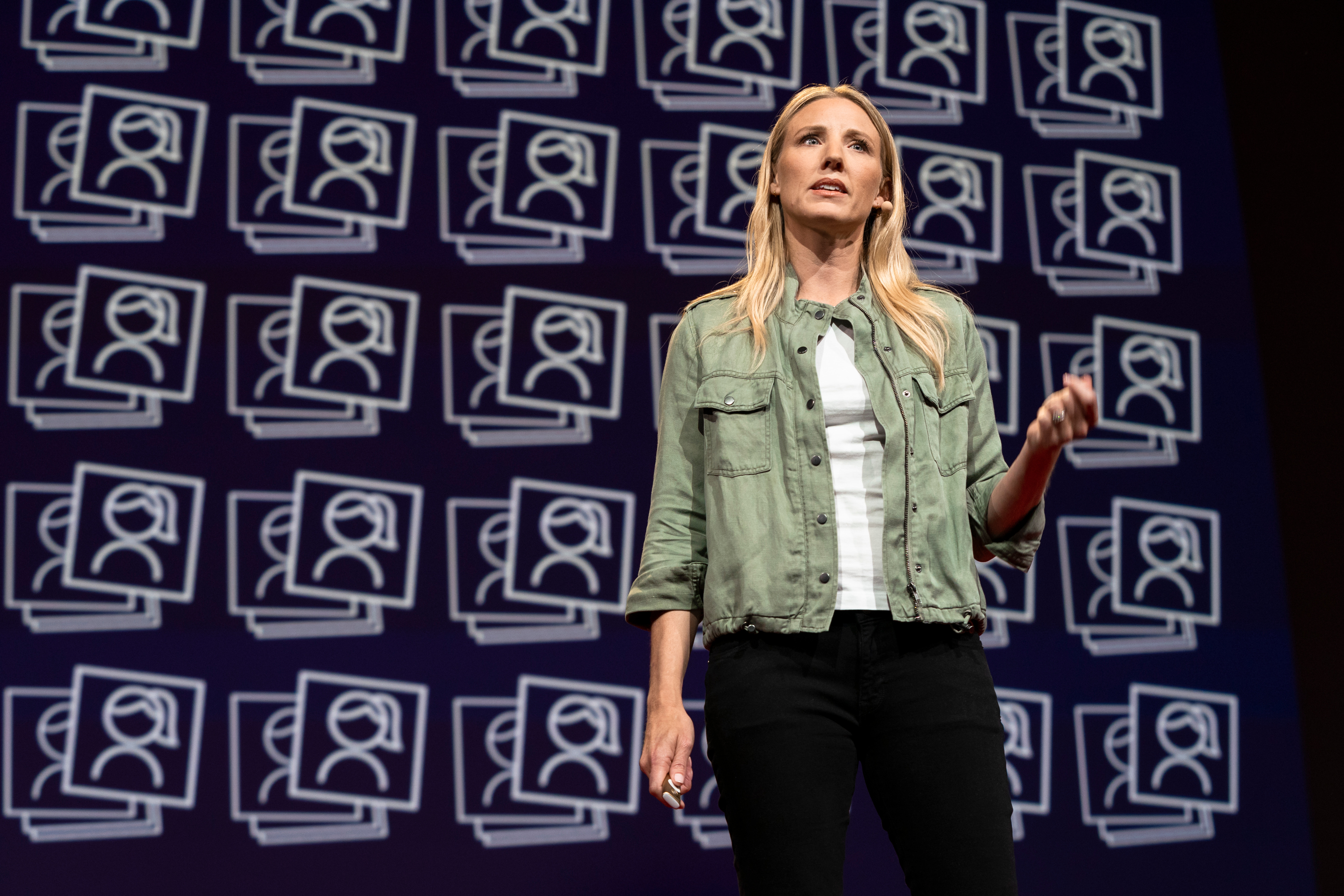 “This Audacious project is a declaration of war against one of humanity’s darkest evils,” says Julie Cordua, social entrepreneur and CEO of Thorn. She speaks at TED2019: Bigger Than Us, on April 16, 2019 in Vancouver, BC, Canada. (Photo: Ryan Lash / TED)

And with these eight projects revealed, it’s time for the audience to get involved. Each project has a significant gap between what’s been committed to it so far and what’s needed to complete it. Anderson and Verghese called on the audience at the TED Conference and watching online to donate to the projects that most moved them, and pledges started rolling in, scrolling on the screens on stage.

Together, these eight projects will require $567 million in funding. And between presentations to donor groups earlier in the year and pledges made tonight, they have now raised $283,561,215. Each project is at least halfway funded, and will able to launch. Now … to watch them in action.