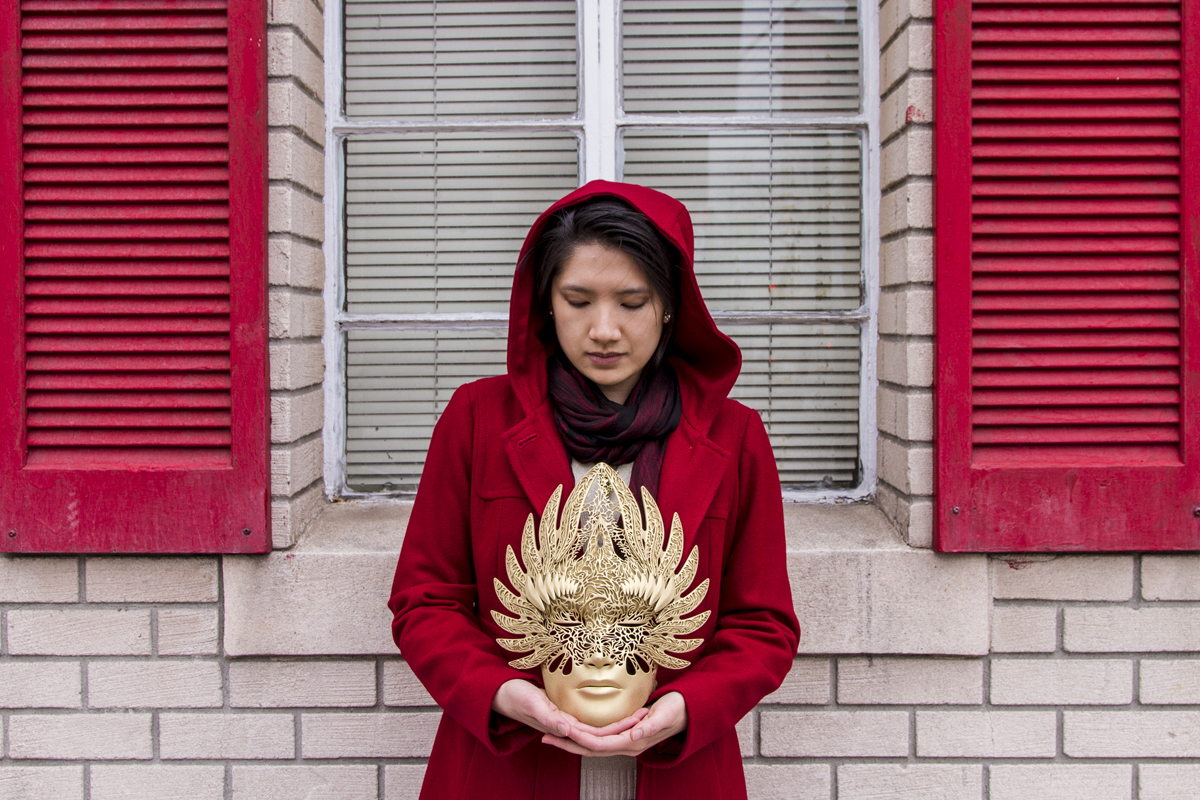 Melissa Ng makes 3D-printed masks. She found inspiration on how to run a company, despite her quiet nature, from Susan Cain’s TED Talk and new website, Quiet Revolution. Photo: Courtesy of Melissa Ng

Scott Drummond had been in the Air Force for eight years. It was 1994, and he was eligible to become a commissioned officer, the Air Force’s version of a manager. The average person gets the job after three interviews. Drummond interviewed 16 times over the next ten years before he got the job.

Looking back at his career, Drummond — now a director of inspections with the Indiana Air National Guard — can see that he lagged about ten years behind his peers as he rose through the ranks. At the time, he couldn’t figure out why. But today, at age 47, he attributes the gap to “starting slow and finishing strong,” thanks to his introverted nature. He knows he doesn’t have an outgoing, traditionally commanding personality — but he also knows that he is driven and qualified to lead. During group activities, he finds a corner and devises his own strategies. He “researches the crap out of everything” and creates detailed plans of action.

Drummond found a deeper understanding of his personality after watching Susan Cain’s TED Talk, “The power of introverts.” This talk has been watched nearly 12 million times since Cain gave it — and helped many introverts realize that being quiet is not only normal, but something to be celebrated.

The response to her talk led Cain to start a new web community: Quiet Revolution. It’s a place for introverts to share their stories, find like-minded people and read advice written specifically for them.

“I decided to start it because the response to the TED Talk and my book [Quiet] was so overwhelming and so heartfelt,” said Cain. “The talk unleashed questions like: How can I remake my life according to this new idea?” 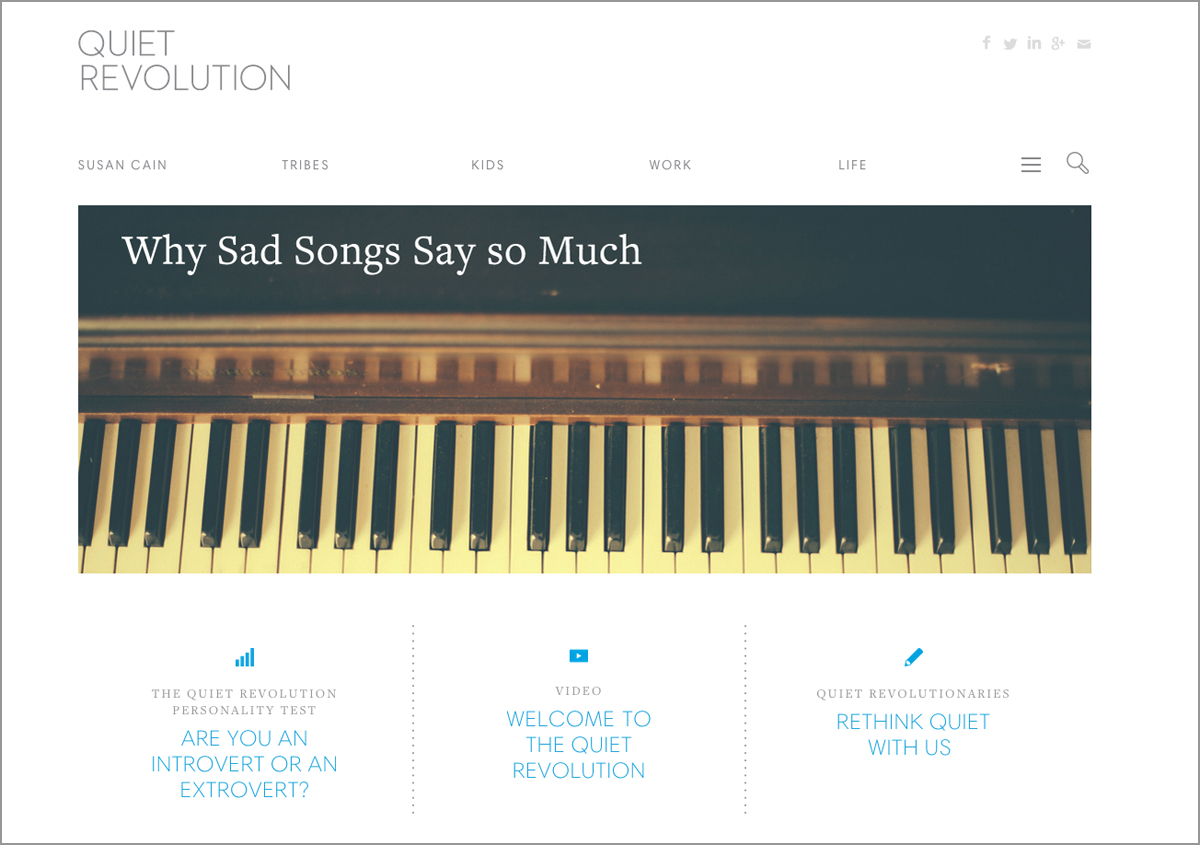 The site covers three main categories — kids, life and work — and offers content designed to unlock the power of introverts and make sure that quiet kids don’t grow up feeling inferior. There’s advice for introverts on rocking the job interview; an essay from a quiet mom on the difficulty of making small talk at children’s birthday parties; a listicle of strategies for introverted teachers; and interviews with notable introverts, like author (and fellow TED speaker) Brené Brown. Launched in June, the site’s content has grown steadily over the past few months. Traffic has exceeded Cain’s expectations.

“The site is supposed to be a place of community,” Cain said. “It’s not just for the introverts, but for people who love and work with introverts.”

Community is generated through the Quiet Revolutionaries section, where introverts can tell their personal stories. Drummond, the military officer, decided to share his story here in the hope that others may learn from him the same way he did from Cain.

“[Her talk] helped me understand I’m not alone — that other people have the same struggles and issues I have,” said Drummond. “That was key to helping me communicate better with people. Had I known that 20 or 30 years ago, I think I would be much further ahead in my career.”

Others who’ve posted as Quiet Revolutionaries, like Melissa Ng — a 28-year-old entrepreneur from Queens, New York — also credit Cain with helping them flourish. In 2010, Ng co-founded PianoVerse, a center for learning and playing music. But she found owning a business difficult because of her quiet nature. Cain’s talk helped her shed her fear of trying again. She credits this revelation with her starting a second business, Lumecluster, which makes 3D-printed masks.

“I realized I’m not the same scared person I used to be. I don’t feel any different. I’m still quiet … but I’m OK about it,” she said. “I hope someone reads [what I wrote] and thinks, ‘I don’t have to lower myself. I’m not going to let someone else define my standards for me.’” 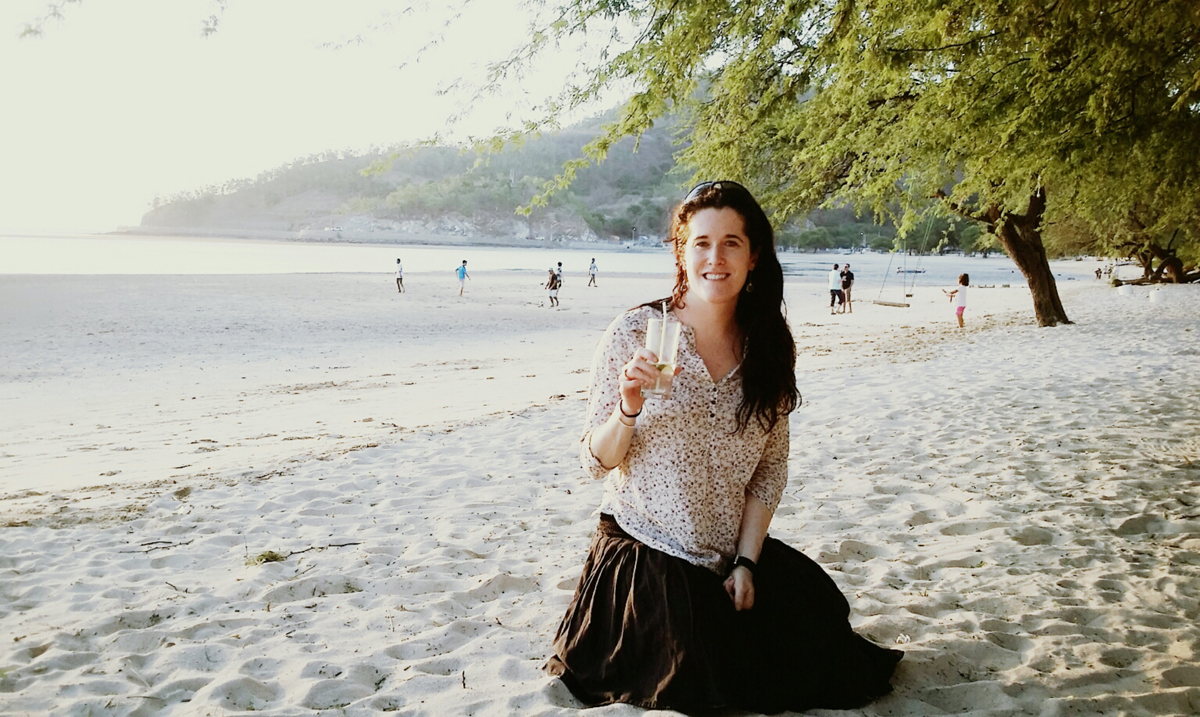 Kate Groves also shared her story on Quiet Revolution. Susan Cain’s work has helped her be more vocal with her colleagues about how she does her best work. Photo: Courtesy of Kate Groves

Coming up next: a series of “Quiet Life” videos talking to well-known introverts, and offering how-tos on helping quiet children thrive and growing in a corporate culture designed for extroverts. A series of e-courses is scheduled to launch in September, starting with one on parenting quiet kids. But for now, Cain is happy to see the emotional outpouring happening on the site. She hopes it’s a place people can find comfort.

That’s true for 37-year-old Kate Groves from Melbourne, Australia, who works with an NGO that improves healthcare systems in developing countries. She’s always known she’s an introvert — the thought of getting called on in class or being part of a brainstorming session sends shivers down her spine. Cain’s talk inspired her to speak up for herself and her fellow introverts.

“I think introversion was always considered a negative when I was at school and starting my career,” she said. “When you are so used to the word being said in a critical way, it’s hard not to see it as a defect.”

“I think the more access introverts have to different ideas and shared connections about our personalities, the more comfortable we will be in our own skin,” she said. “I love the idea of someone connecting with my story and maybe feeling a little more normal knowing that we have shared experiences.” 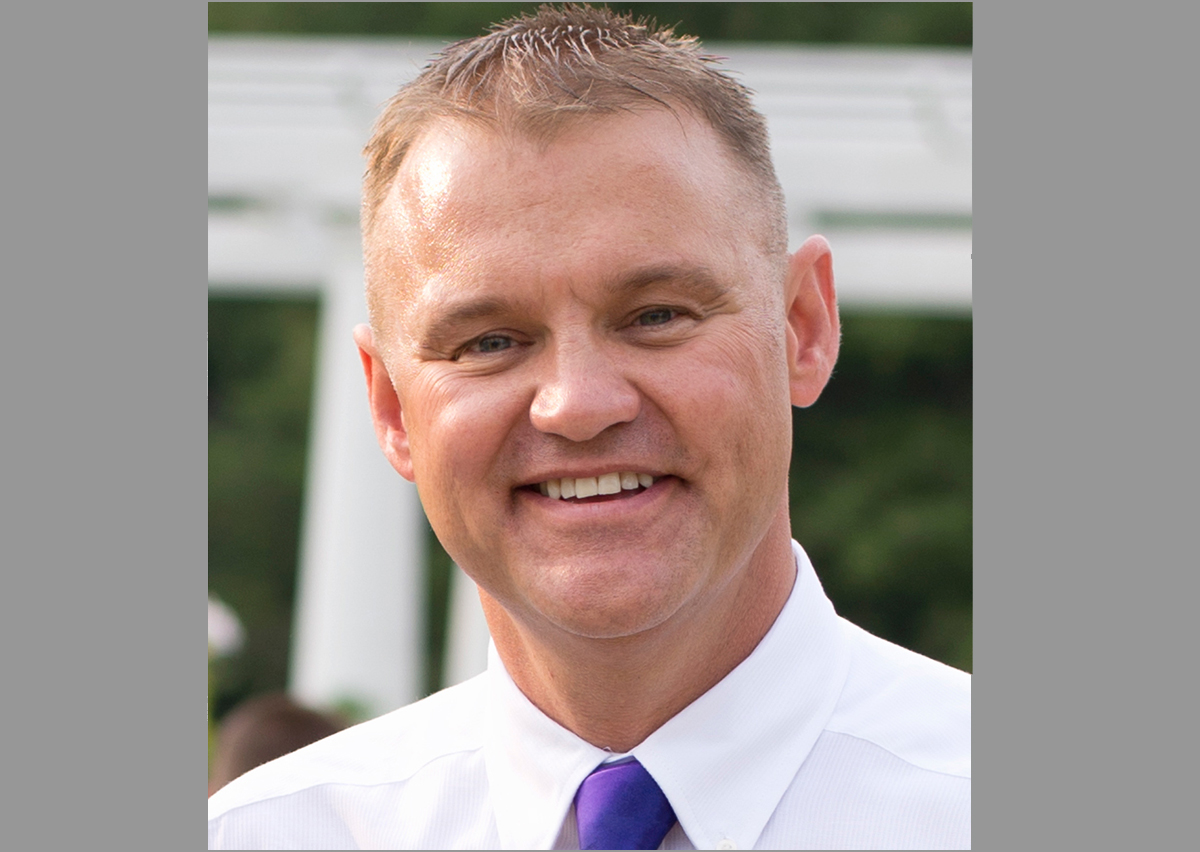 Scott Drummond had a major revelation watching Susan Cain’s TED Talk — he was lagging behind in his career because of his quiet personality. He shared his story on Quiet Revolution to let others know what he wish he’d known. Photo: Courtesy of Scott Drummond