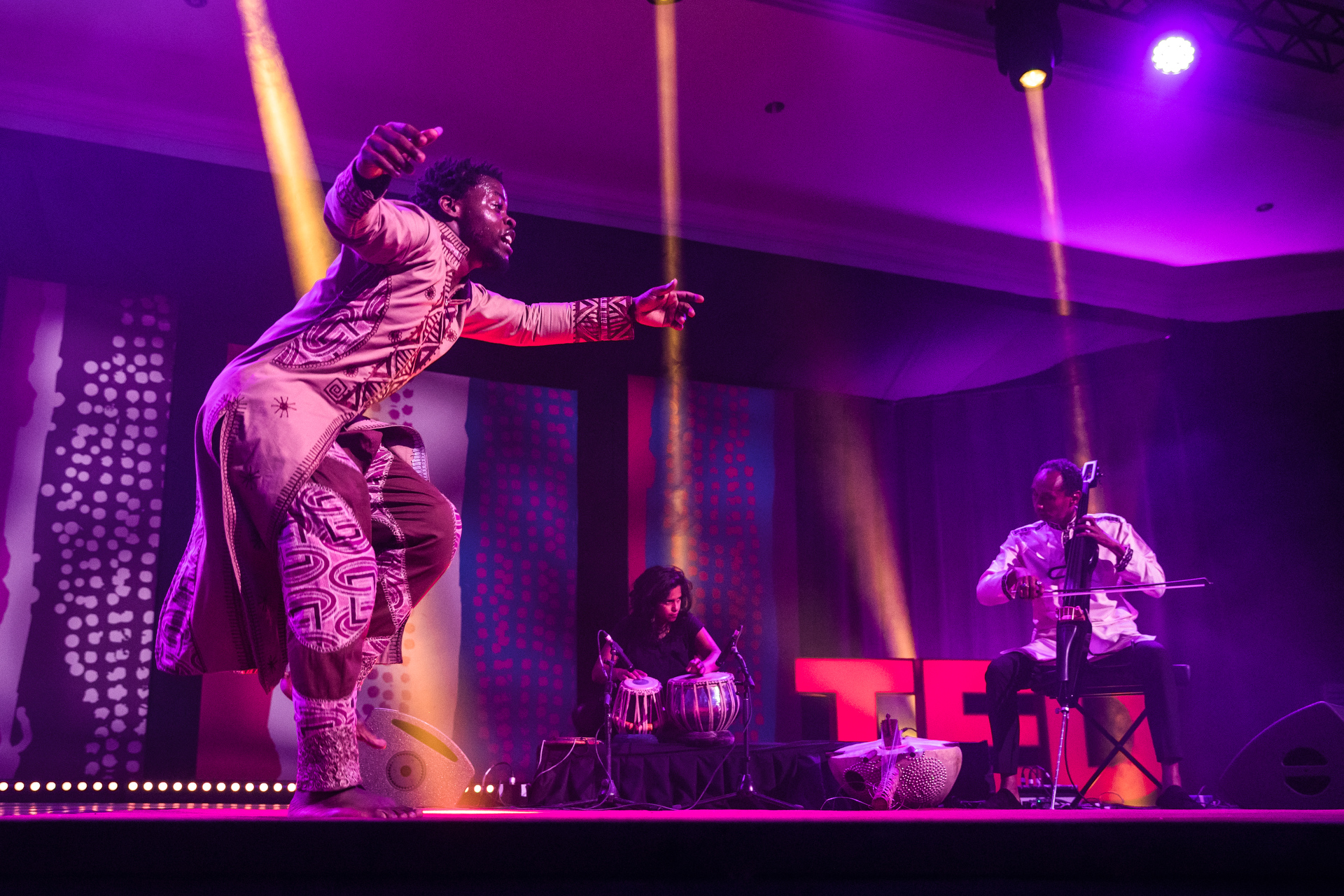 TED is known for its inspiring talks. And all of the previous sessions before this have been inspiring, you have no idea. Humans, however, shall not live by endorphins alone. Sometimes, we need a stern lecture. Or a biting sermon. Sometimes, we need to reflect on a somber piece of art or music. Sometimes, we need to be told the truth. Sometimes, sit down, be humble, and contemplate what it means to be human, and our place in the universe. Sometimes, what we really, really need is a good, hard kick in the butt. That is what the speakers in this session came to do.

Olúfẹ́mi Táíwò, a professor of African political thought, wonders how a continent that is home to some of the largest bodies of water in the world — the Nile, the Niger, the Congo, the Zambezi, the Orange rivers — can be said to have a water crisis. “Including in countries where the rivers are?” he asks. “Africa does not have a water crisis; it has a knowledge crisis regarding its water, where and what type it is, how it can be tapped and made available where and when needed to all and sundry.” According to Taiwo, a lack of knowledge is what stands between Africa’s current state and a future of prosperity. He posits that Africa must become a knowledge society, which is difficult since the continent currently loses its best and brightest to more favourable climes.

“We must find a way to make knowledge and its production sexy and rewarding. Rewarding not in the crass sense of money-making but in terms of making it worthwhile to indulge in the pursuit of knowledge, support the existence of knowledge-producing groups and intellectuals, ensuring that the continent is the immediate locus of knowledge production, distribution, and consumption and that instead of having its depositories beyond Africa’s boundaries, people once more from the rest of the world, even if in virtual space, come to learn from us. All this we do as custodians on behalf of common humanity.”

I did say he is a professor. 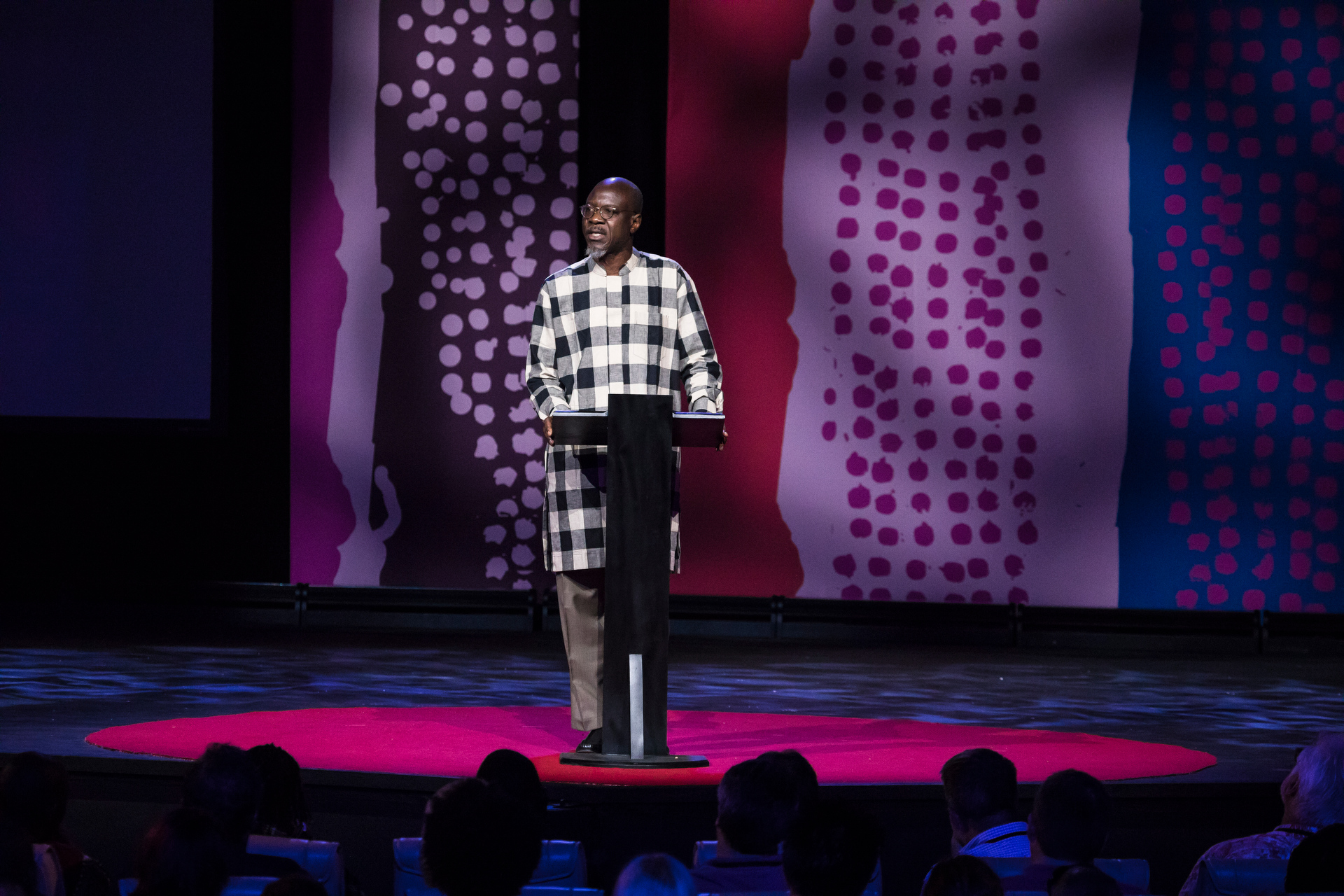 At Olúfẹ́mi Táíwò, says: “We must find a way to make knowledge and its production sexy and rewarding.” Photo: Bret Hartman / TED

Africa’s informal economy is really what keeps it running, creating jobs at four times the pace of the formal sector. And they get zero kudos for it, says Niti Bhan. In fact, the informal economy has been much maligned and even criminalised, because African governments cannot be bothered to distinguish between unrecorded and illegal trade. “This criminalization of the informal sector can easily cost each African economy between 60% to 80% addition to the annual GDP growth rate.” Informal businesses often pay local levies and all kinds of dues, but are almost always targeted for extortion and impoundment by government officials, and denied loans by lenders. Instead of penalising them for their social status and punishing them for their contributions to the economy, Bhan insists that we must begin to recognise and include the people, skills and occupations that fall into this forgotten segment of the economy in order to harness its true potential, create hundreds of thousands of jobs, and lift millions out of poverty. 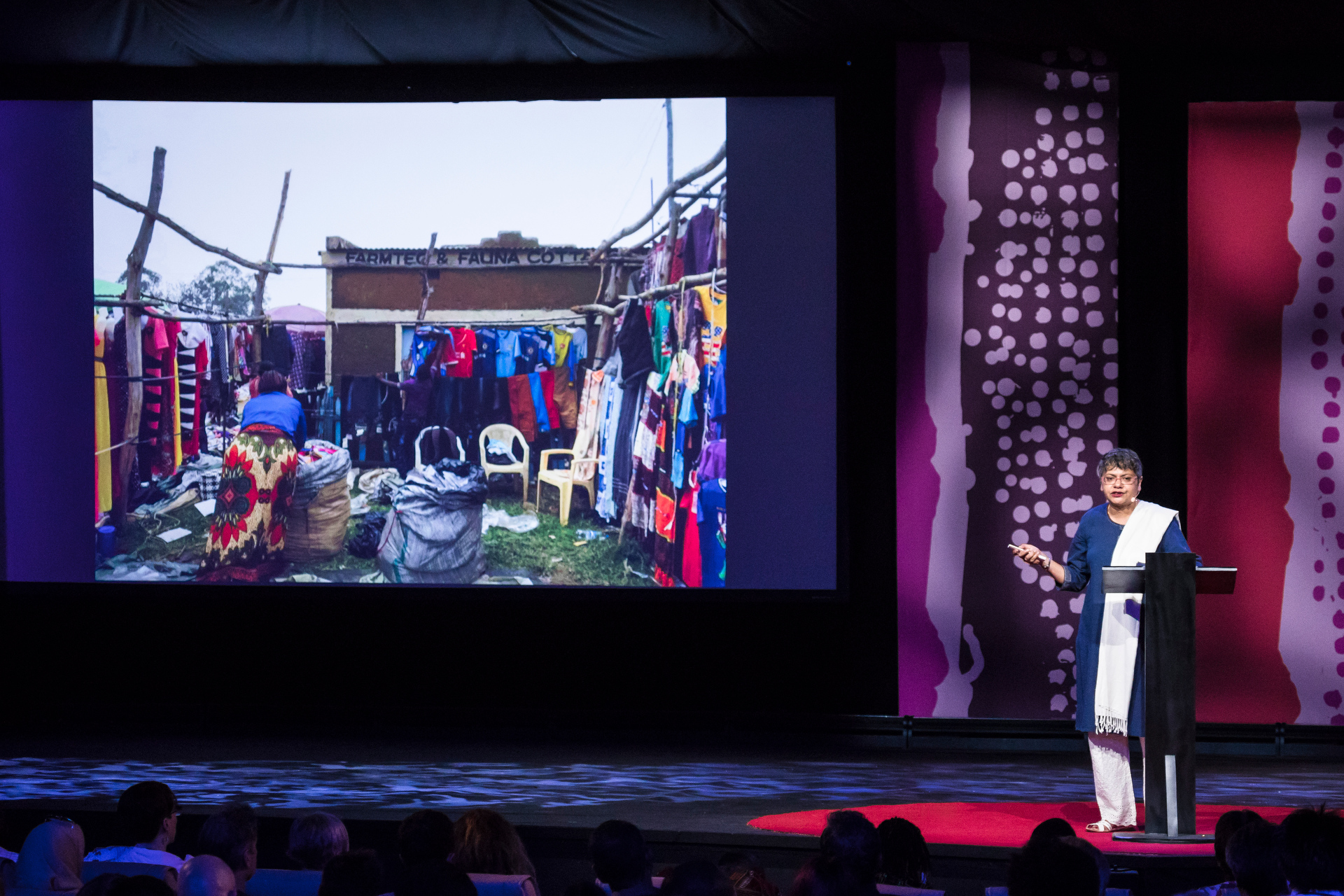 Niti Bhan studies informal economies — the source of more than half of economic activity in many nations of Africa. Yet, she says, they’re criminalized, persecuted, extorted by officials. Photo: Bret Hartman / TED

Kora virtuoso Tunde Jegede collaborates with dancer Qudus Onikeku in a somber, reflective performance, impossible to capture in words … perhaps these photos will do. 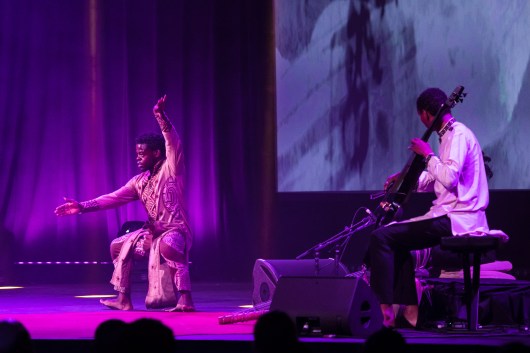 Collaborating to create a moving, thoughtful performance accompanied by the kora, a stringed instrument, and the tabla drums, Qudus and Tunde Jegede perform at TEDGlobal 2017. Photo: Bret Hartman / TED 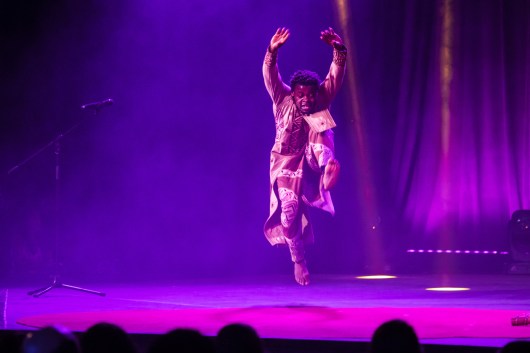 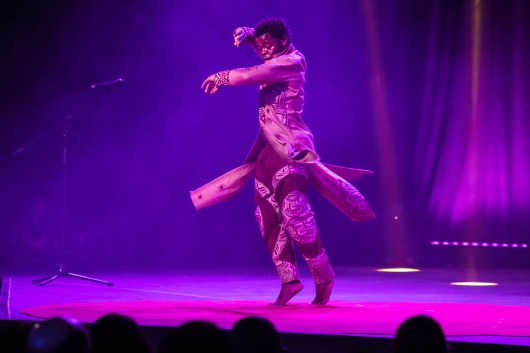 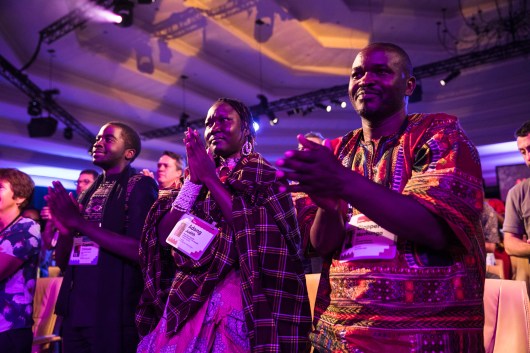 A standing ovation for the collaboration between Qudus and Tunde at TEDGlobal 2017. Photo: Ryan Lash / TED

Leo Igwe comes to the stage with a message of hope and faith in humanity’s ability to rise above fear, hate and superstition. Especially superstition. “In Africa, superstition is widespread, with people too often believing in witchcraft, something that has no basis in reason or science. Yet alleged witches, usually women, children or elderly persons, are still routinely attacked, banished or killed. And I have made it part of my life’s mission to eradicate witch persecution in Africa.”

Ndidi Nwuneli has advice for Africans who believe in God, and Africans who don’t believe in god. To the religious, she believes that God loves Africa … just as much as he loves the people all over the world. While her faith in the omnipotence of the divine is firm, she is certain that God is not a micro-manager, or someone for whom the responsibility for how our lives turn out can be outsourced. “By claiming we have no power over past, present or future, we give too much authority to the wicked, who steal funds and ask God for forgiveness.”

To the non-religious, she argues that the outsized influence of faith-based organisations requires that they be factored into the African social change equation. Antagonising them or pretending they don’t matter isn’t practical. On the other hand, keeping an open mind and working with them can yield incredible results for issues of maternal mortality, healthcare and education. 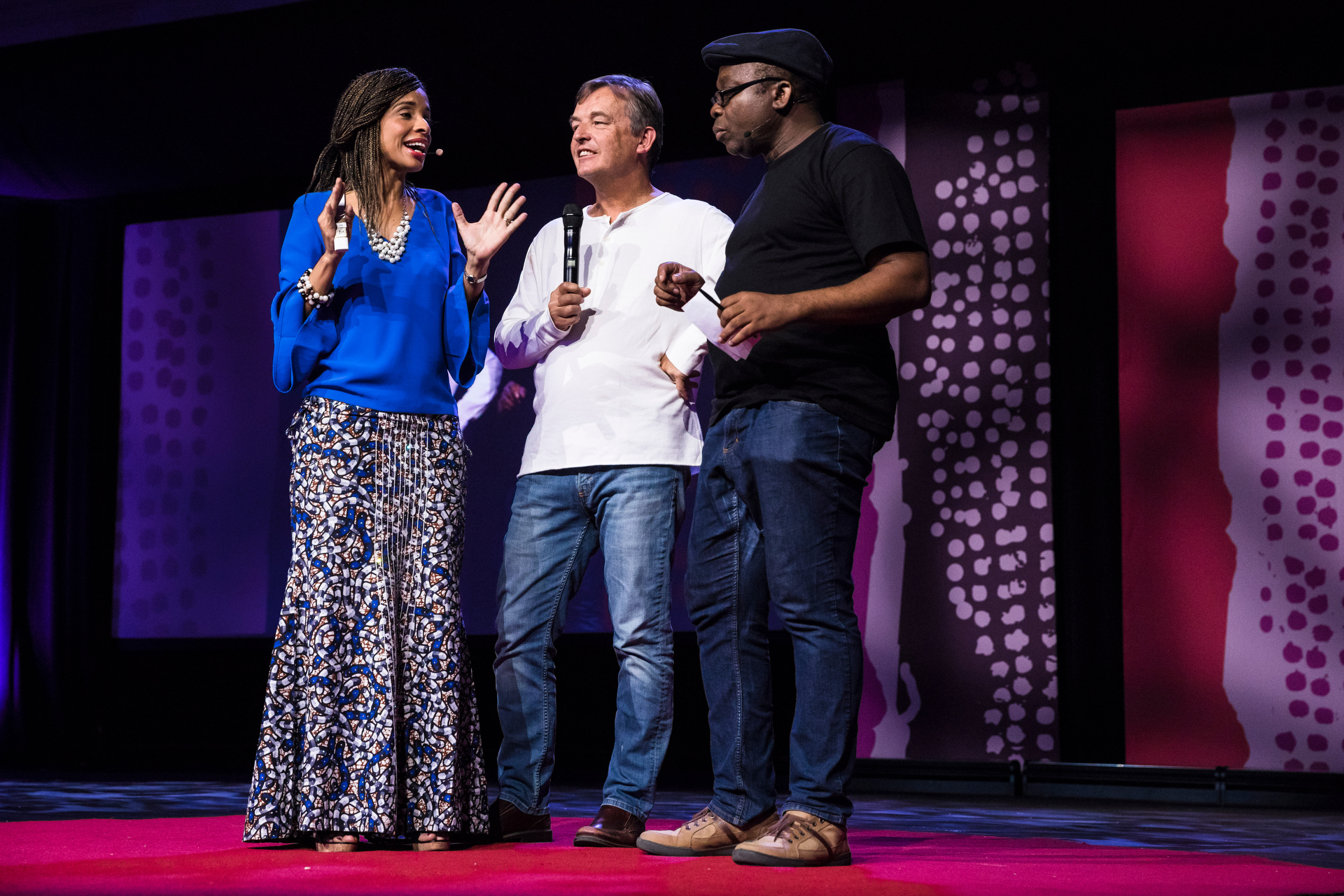 It isn’t every day you hear about projects that connect different religious faiths. Nabila Alibhai and a group of friends wanted to see if they could create a language that transcended religion, race and political leanings. “The idea,” Alibhai says, “was to unite people of different faith by getting them to paint each other’s house of worship … churches, mosques, synagogues … yellow, in the name of love.” It might sound crazy, and of course they were told so. But in the end, 25 houses of worship participated, and the leaders of those places boldly owned the choice to do so, often coming up with their own beautiful justifications when asked why. “We’ve proven that the human family can come together and send a message far brighter and more powerful than the voices of those who would wish to do us harm,” says Alibhai. “Fear is infectious but we’re showing that so is hope.”

We’re officially at the halfmark. Four more sessions to go. If you just got here, visit blog.ted.com to start from the beginning so you don’t miss anything. If you’ve been following along all this time, well done, keep it locked. Asante.\ 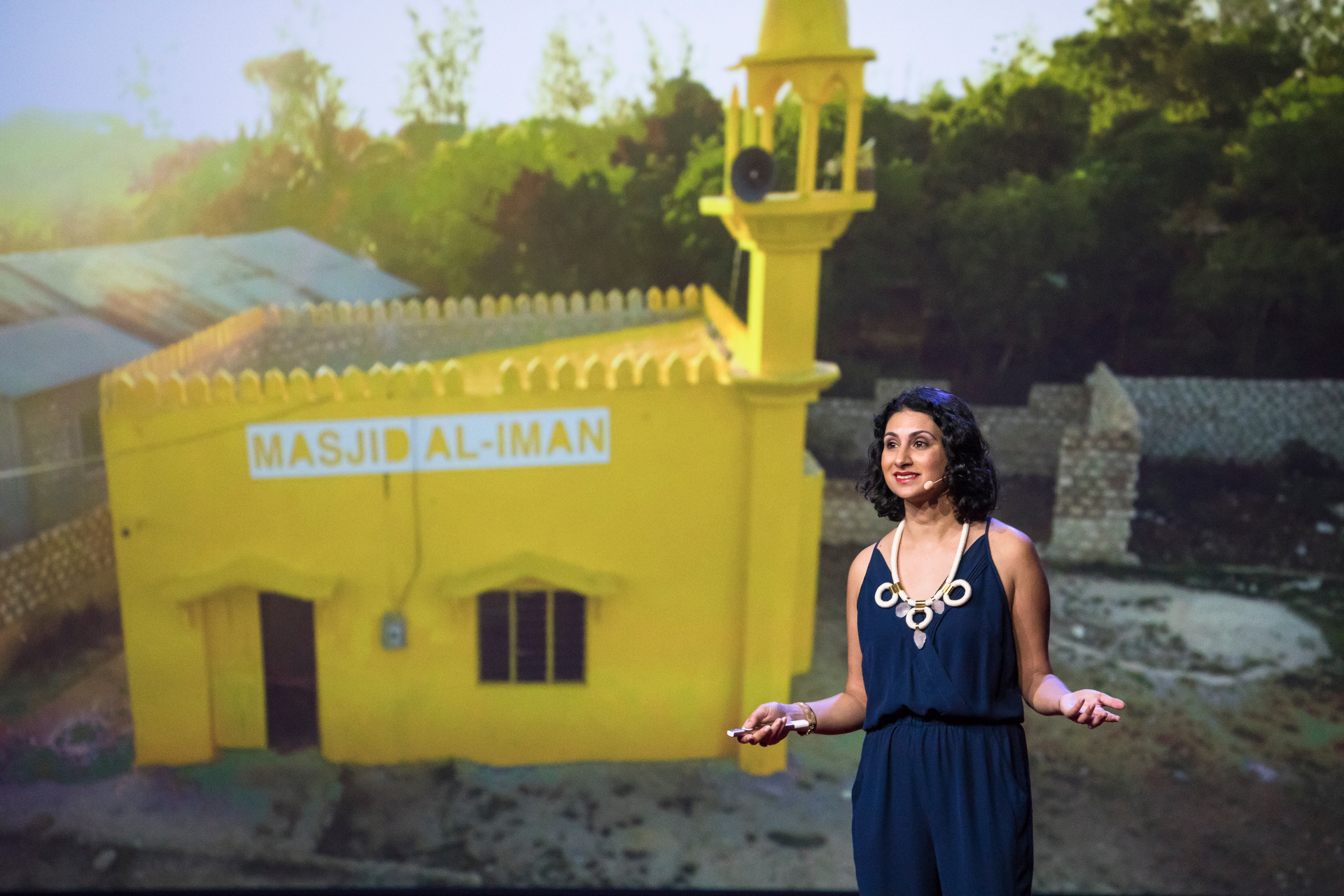 Why is this house of worship — and 24 more like it, churches, mosques and synagogues — painted bright yellow? Because Nabila Alibhai and her friends asked if they would. It’s part of a project to show the interconnectedness and hopefulness of faith. Photo: Bret Hartman / TED