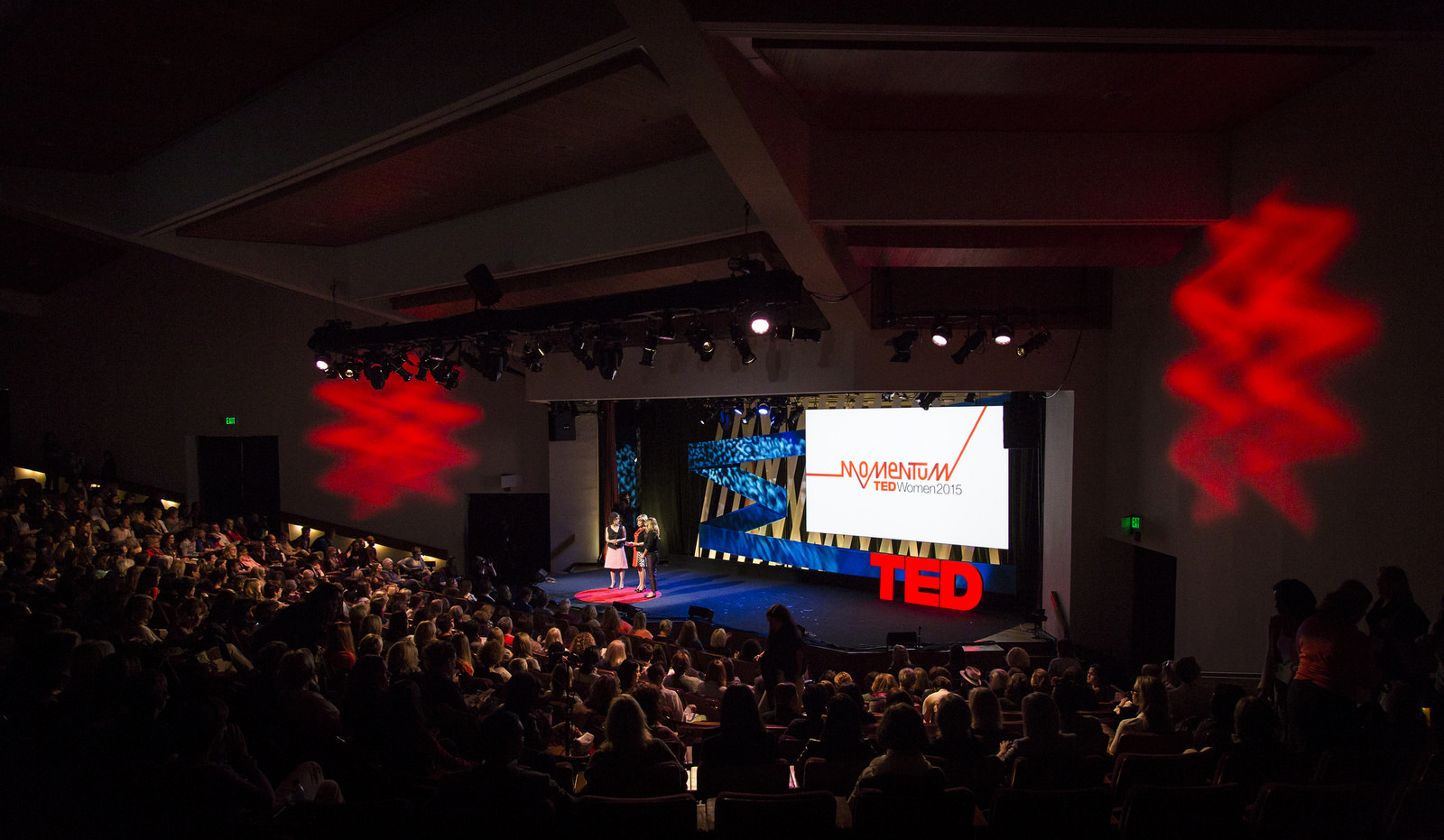 TEDWomen 2015 is taking place in the Steinbeck Forum, the very same theater where TED began in 1984. Soon after this event, the theater will be demolished. Photo: Marla Aufmuth/TED

The first TED took place in February 1984 in a theater that looked like a college lecture hall, complete with swivel desks at each seat. More than 30 years later, TEDWomen is happening this week in the same theater at the Monterey Conference Center. In a nice piece of symmetry, it will be one of the last events held before the center closes for a $45 million renovation that involves completely ripping out the iconic theater, where such talks as Jill Bolte Taylor’s “My stroke of insight” and Sir Ken Robinson’s “How schools kill creativity” were filmed.

“We feel very sentimental,” says Nancy Williams, the conference center’s sales manager. “Monterey is a very inspiring place — many inventors, scientists, writers found inspiration here. TED launched us more into that realm.” The TED conference was held here from its start through 2008, when planners decided the theater, called the Steinbeck Forum, was too small for the crowd TED had started to draw.

Tom Rielly, TED’s community director, has been to every TED since 1990. “The Steinbeck Forum brings back memories for me,” he says. “In many ways, it’s quite horrible for a conference — the stage is shaped funny, there’s no backstage or wings and it’s way too small. But the good outweighed the bad: absolutely intimacy. You could hear even without a microphone which [TED’s founder] Richard [Saul Wurman] often refused to wear. It turns out 500 seats creates a perfect number of people where you feel that you can talk to anyone.”

TED’s method of accommodating 800 to 1,000 people in the space involved plenty of simulcast lounges — but also a mad dash when the theater doors opened. The small size of the theater is one of the major reasons for the renovation, says Williams. “We’re starting to see an influx of 500- to 800-person groups. The space could be better utilized.”

The renovation will open it up, creating large spaces that events can customize into theaters, lounges, cafés and exhibits. This renovation is largely inspired by TED, says Williams.

“TED taught us what we know. You were at the forefront of showing us what conferences want,” she says. “We based a lot of our choices on how successful TED has been.”

The refreshed Monterey Conference Center will feature floor-to-ceiling windows to bring in light and a terrace on the top floor. Metal panels at the entrance will allow events to brand the building, which “TED does such a great job of,” says Williams. The new conference center will also be LEED certified.

Still, many on the TED staff are happy to get one last chance in the space before the changes. “I suffer from bipolar nostalgia,” says Rielly. “On the one hand, we’re losing a great treasure where I spent 15 happy years of TED. On the other hand, I want to take a sledgehammer to it and steal a seat.” 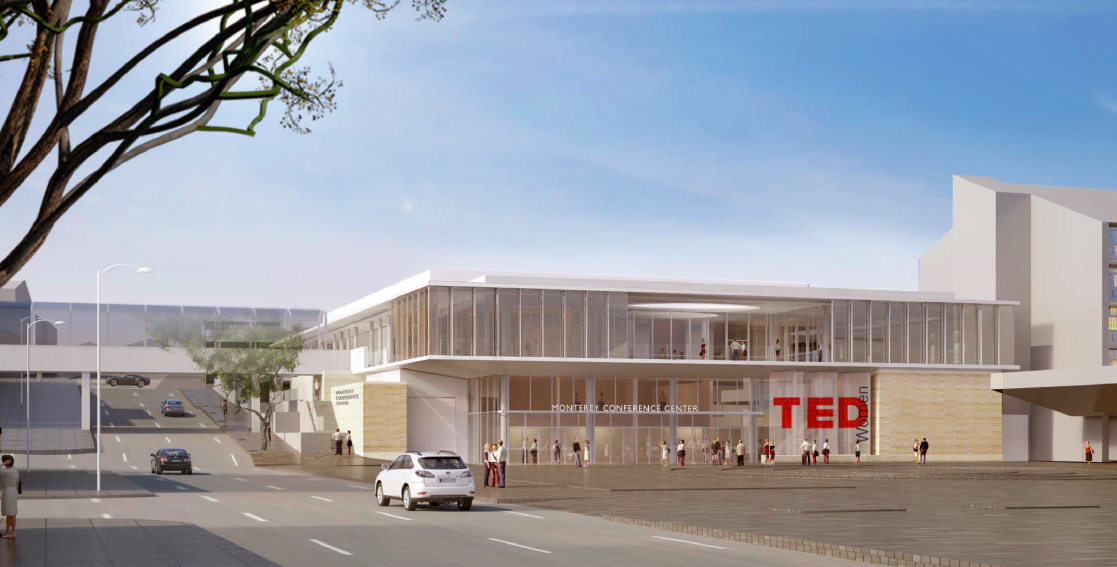