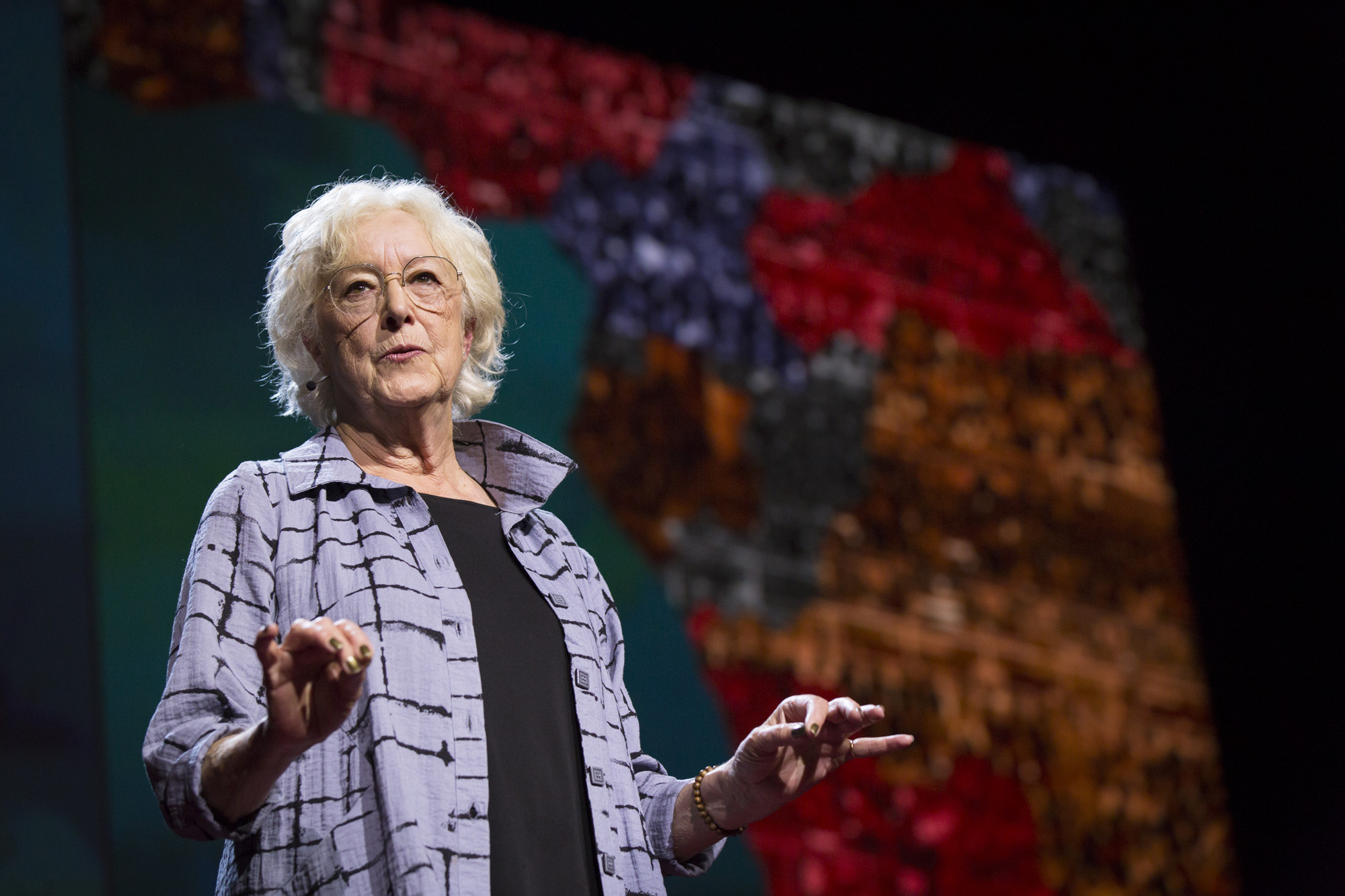 “If we want to live life with soul, and I’m pretty sure most of us do, we need to breathe life into it,” says Lesley Hazleton at TEDSummit on Sunday night. Photo by Ryan Lash/TED.

What is a soul? Lesley Hazleton, an “accidental theologist,” prodded the TEDSummit audience with this provocative question, tracing the cultural, religious and societal origins of a remarkably intangible human hallmark. The body and soul used to be considered two equal physical entities — in fact, Descartes theorized the soul was located in the brain’s pineal gland. Meanwhile, church doctrine made the soul into a kind of currency via thoughts on morality and an afterlife: “a life lost is a soul found.” But that said, soul and fundamentalism don’t seem to go hand-in-hand. Are fundamentalists of all sorts heartless? Hazleton suggests: “It’s not that they have no soul, it’s that something in them seems to have shriveled. They’ve hunkered down and built a wall inside themselves. afraid of the unknown. They live walled off from the world.”

What if we re-thought the soul as not something internal but, instead, a quality of being? Perhaps it’s not a possession, but a dimension of existence itself. In what Hazleton calls an agnostic approach, she asks that we breathe new life into the idea of the soul, taking into account its vehicles, such as creativity and music (especially soul music, from Nina Simone to Beethoven). Spirit is a better substitute, she suggests, as it is vitality incarnate. Let’s reclaim soul, Hazleton rallies, from a meager, pious modifier into what it truly is — the essence of all things.