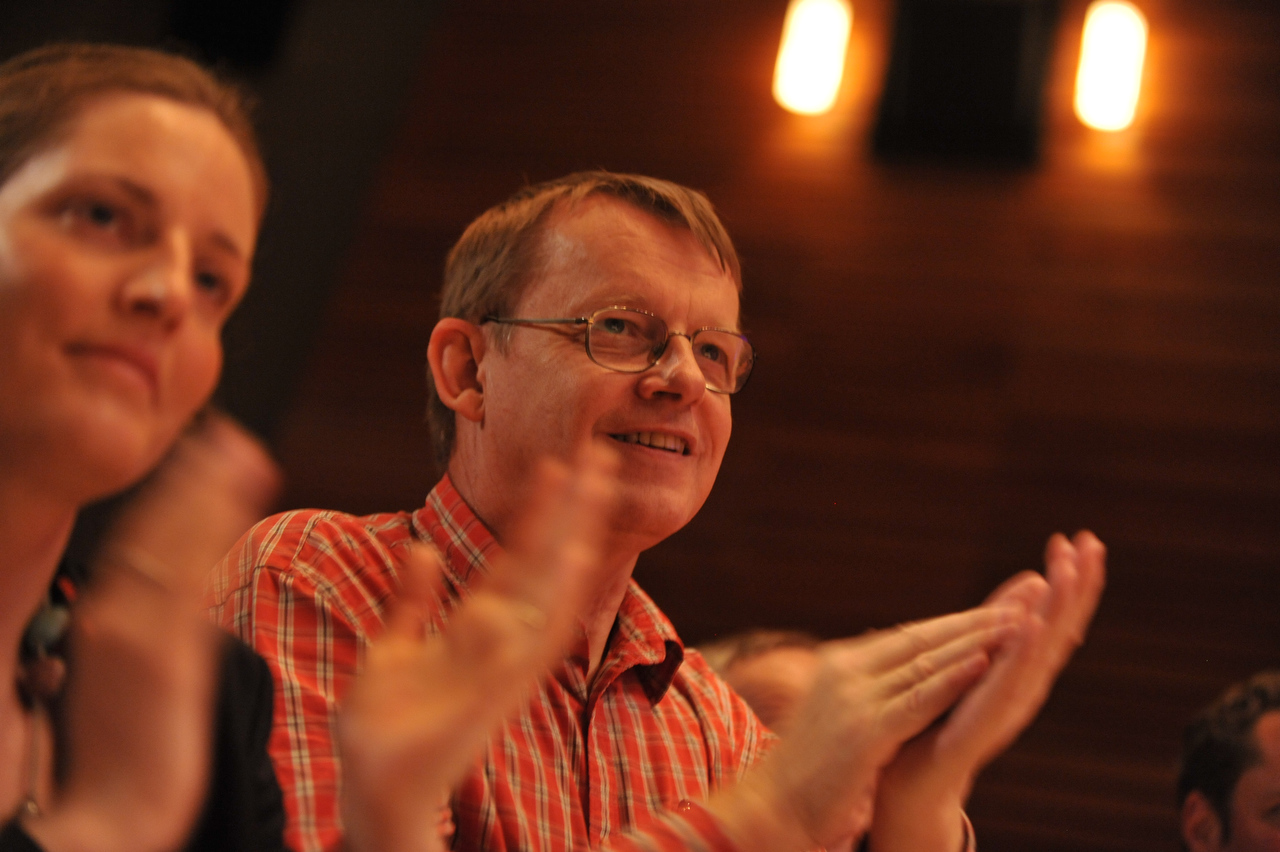 I was there when Hans Rosling first shook the room at TED, and transformed tiresome medical statistics into an action-packed, live performance about real people’s lives on the line.

He’s since been namechecked by Bill Gates. And he outlasted Fidel Castro – twice. Not merely mortally. In an interview on the TED Blog, Hans recounts an all-night argument with the Cuban dictator that upended the country’s healthcare system.

At our second encounter, shortly after the launch of TED Talks, Hans pulled up a chair and sat down by my side to ask about the instant replay I’d inserted into his presentation. He listened to my answer attentively, then shared his greatest secret as a speaker, a secret he had refined over years of teaching with a sportscaster’s exuberance: “I must strike a delicate balance,” he explained, “Too much data, and I become boring. But too much humor, and I am a clown.” He drew diagrams.

His ideas spilled forth with lucidity, seemingly effortlessly, because he loved what he did, and he worked with the people he loved. He couldn’t wait to share his latest revelations with everybody at every opportunity: He evaded bribery in some of the more corrupt corners of the world by showing off printouts of his data, page by page, until local interlocutors would release him, either out of inspiration or sheer exhaustion — but never confusion.

Years after we first met, Hans showed up at my door one night with a toothbrush and a laptop full of data visualizations, announcing himself as my roommate, staying up all hours to work out the particulars of his latest presentation. And I told him that my favorite part of any of his TED Talks, the bit that gives me chills to this day, was something that could easily go unnoticed, from that very first speech comparing the developed world to the developing world, when, about four minutes in, he leans in to take us on our first journey through time, and he says, “Let’s see,” to an unsuspecting audience, “WE START THE WORLD.”
— Jason Wishnow