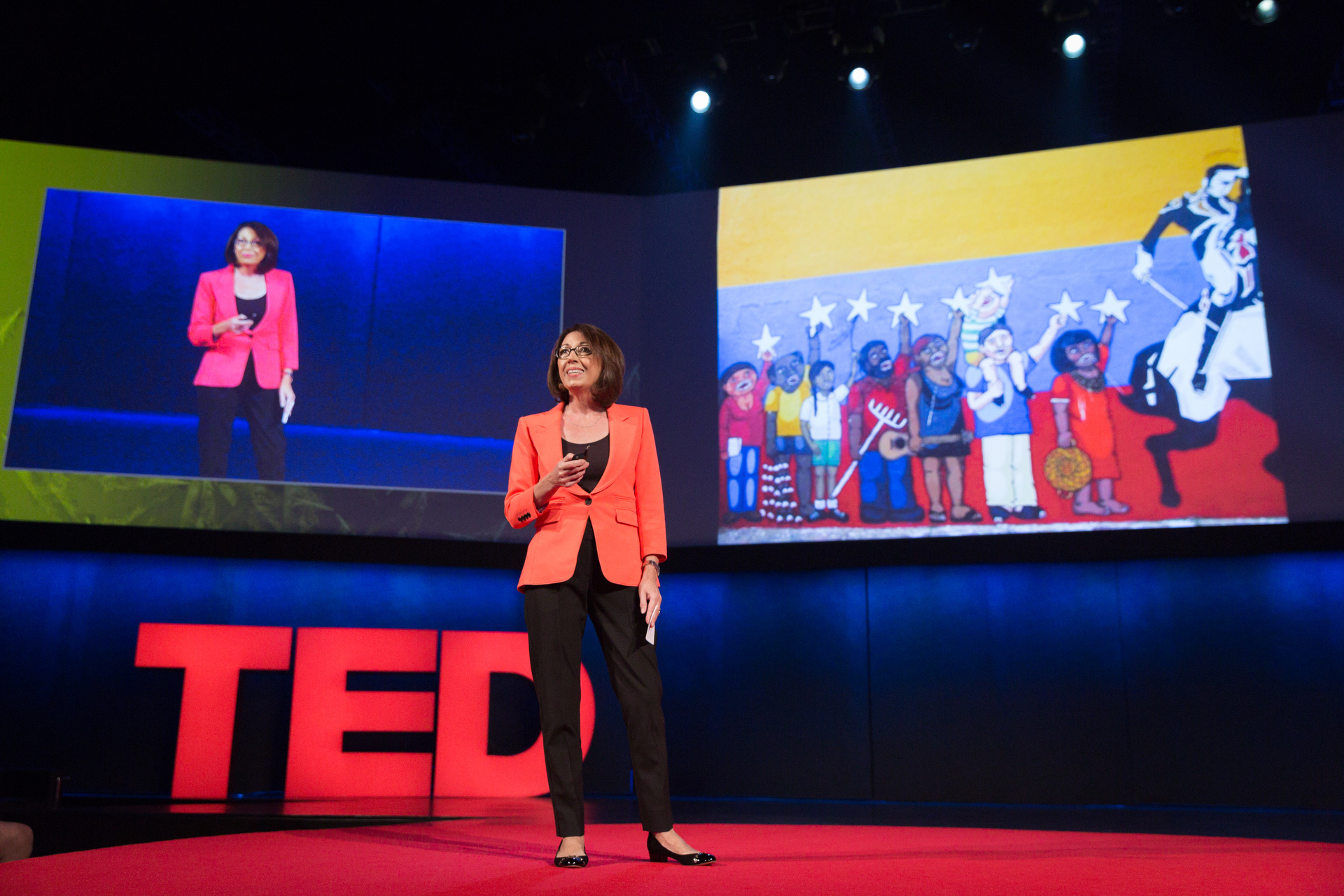 Session 1 of TEDGlobal 2014 felt a little like a campfire, as five speakers took the stage to share stories of their homeland. Below, a recap of what each had to say.

Figures from history rarely have political durability, says writer Marie Arana. And yet, Simón Bolívar’s face still appears in street art throughout South America — he’s heralded by people of many political viewpoints and by people of many different races. “Why is he still a presence? Why does his life still speak to the people of his hemisphere?” asks Arana, who recently published the biography Bolívar: American Liberator. “His story, although it is almost 200 years old, touches on every aspect of Latin American character.” Bolívar is responsible for the liberation of six countries from Spanish rule: Venezuela, Colombia, Ecuador, Peru, Bolivia and Panama. He was a brilliant general, but he had no formal training — he was actually, of all things, an aristocrat. He freed slaves throughout the continent, many of whom joined his armies. Some other assorted facts about Bolívar: He was 5’6”; he traveled about 75,000 miles on horseback; and he eventually succumbed to tuberculosis and died penniless, thrust from power in every country he had freed. “Few heroes in history have been granted so much power, so much honor, and so much ingratitude,” she says. “The doctor who prepared him for burial had to borrow a shirt for his corpse.” And yet his story has long-term resonance, because of his complex thinking on race, injustice and liberty. “Only now are we beginning to experience something like democratic change in Latin America. Only now are we beginning to see the results of Bolívar’s vision,” says Arana. “Bolívar’s dream is slowly being realized.”

“In my lifetime I have not lived one day of peace in my country,” says advertising executive José Miguel Sokoloff. Home of the world’s oldest standing guerillas, Colombia has seen 5.7 million of its inhabitants displaced and 220,000 of its people killed from its wearying guerrilla war. So four years ago, Sokoloff came up with a new response to the violence: an advertising campaign. In partnership with the government, his agency, Lowe/SSP3, started a massive marketing campaign to encourage fighters to come home. Using Christmas trees covered in lights, sharing 6,000 handwritten notes from citizens, they sent a message of love and warmth, from real people to real people: Come home for Christmas. Over the past ten years, 17,000 guerrillas have demobilized – thanks in part to the work of the people who decided to say to the fighters, “Let’s talk.”

Geoscientist Andrés Ruzo studies the “Boiling River” of the Amazon, a mysterious hot spot more than 700 kilometers from the nearest volcanic center. In this talk, he tells the riveting story of the first day he saw the river, and how he got a shaman’s blessing to study it in 2011. The research he’s done since is truly fascinating. “We live in an incredible world,” he says. “So go out, be curious! Because we  live in a world where shamans still sing to the spirits of the jungle, where rivers do boil, and where legends do come to life.” (Read a long recap of this talk.) 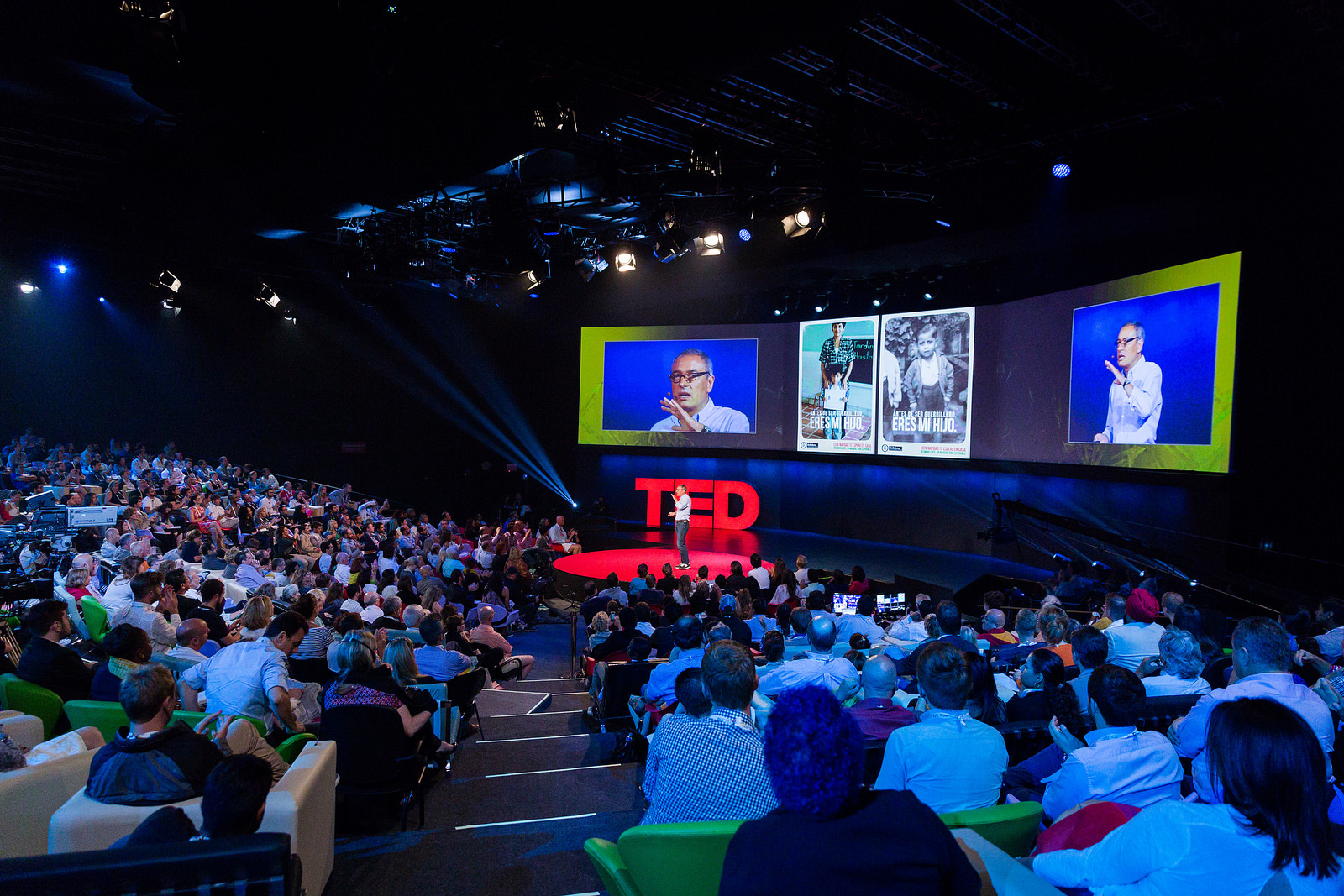 Danay Suárez is perhaps best known to the world as the first Cuban artist to chime in after Jay-Z released the track “Open Letter,” about the fracas that erupted after he and Beyoncé spent their anniversary in Cuba. After a haunting video introduction, Danay Suarez steps to the stage to share two soulful songs, “Preguntas” and “Flores.” While making the audience sway in their seats, the songs also tell stories of the Cuban experience.

And finally, Tashka Yawanawá takes the stage, wearing a magnificent headdress. He is the chief of the Yawanawá people, who live in the heart of the Amazon, and he is here to talk about Brazil’s indigenous rights movement, which gained steam in the ’70s and ’80s as young indigenous people moved to the cities to study. With them, they brought the issues of ownership and demarcation of indigenous land to the forefront of the national consciousness. Progress has been made since then, he says, but much more is needed to make sure that indigenous people have access to their sacred sites and to the medicinal plants that are important to their cultures. Of course, he says, the rainforest is not just for indigenous people. “It’s for every human being,” he says. “When you walk in the rainforest you feel peace and harmony.” (Read a long recap of this talk.) 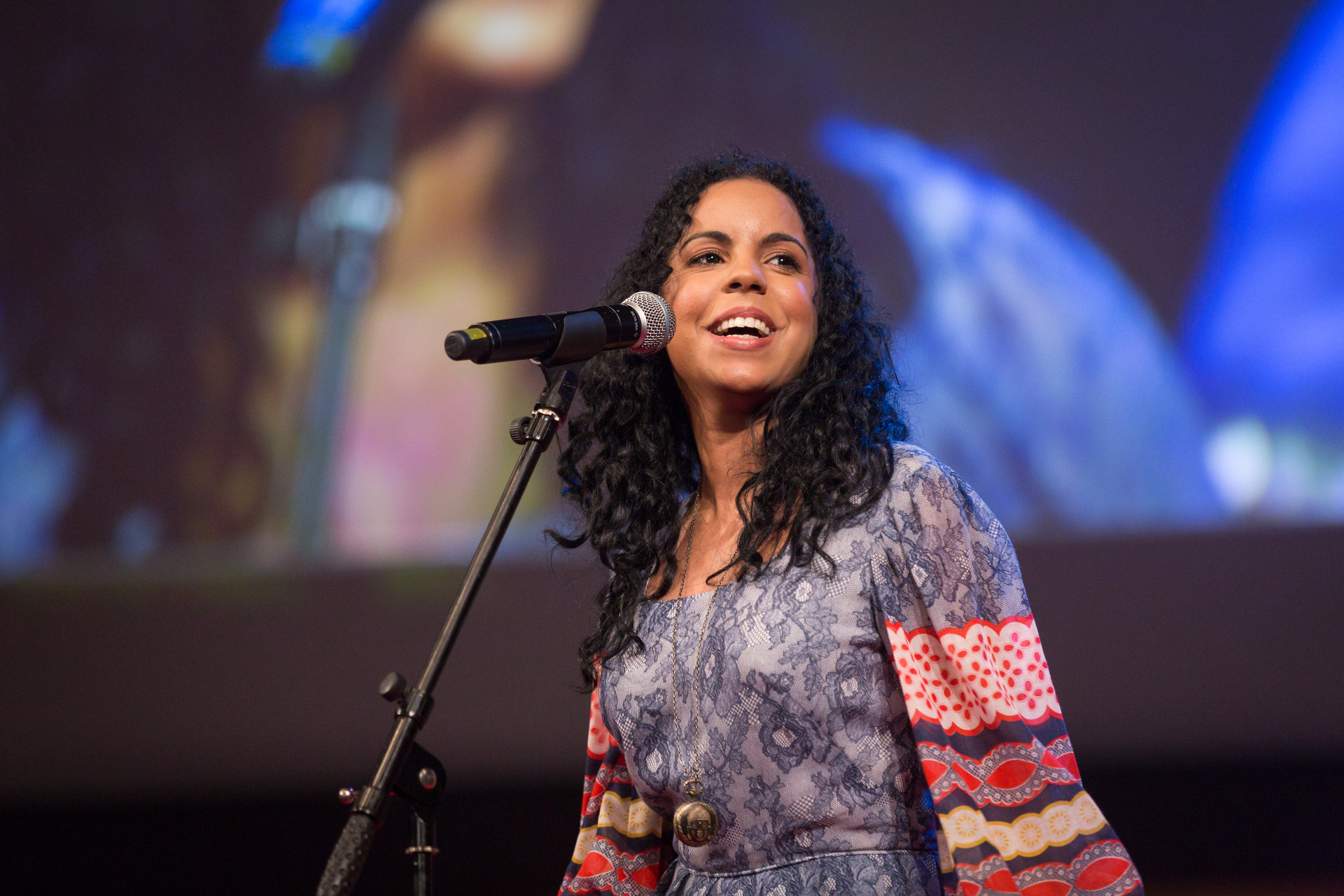