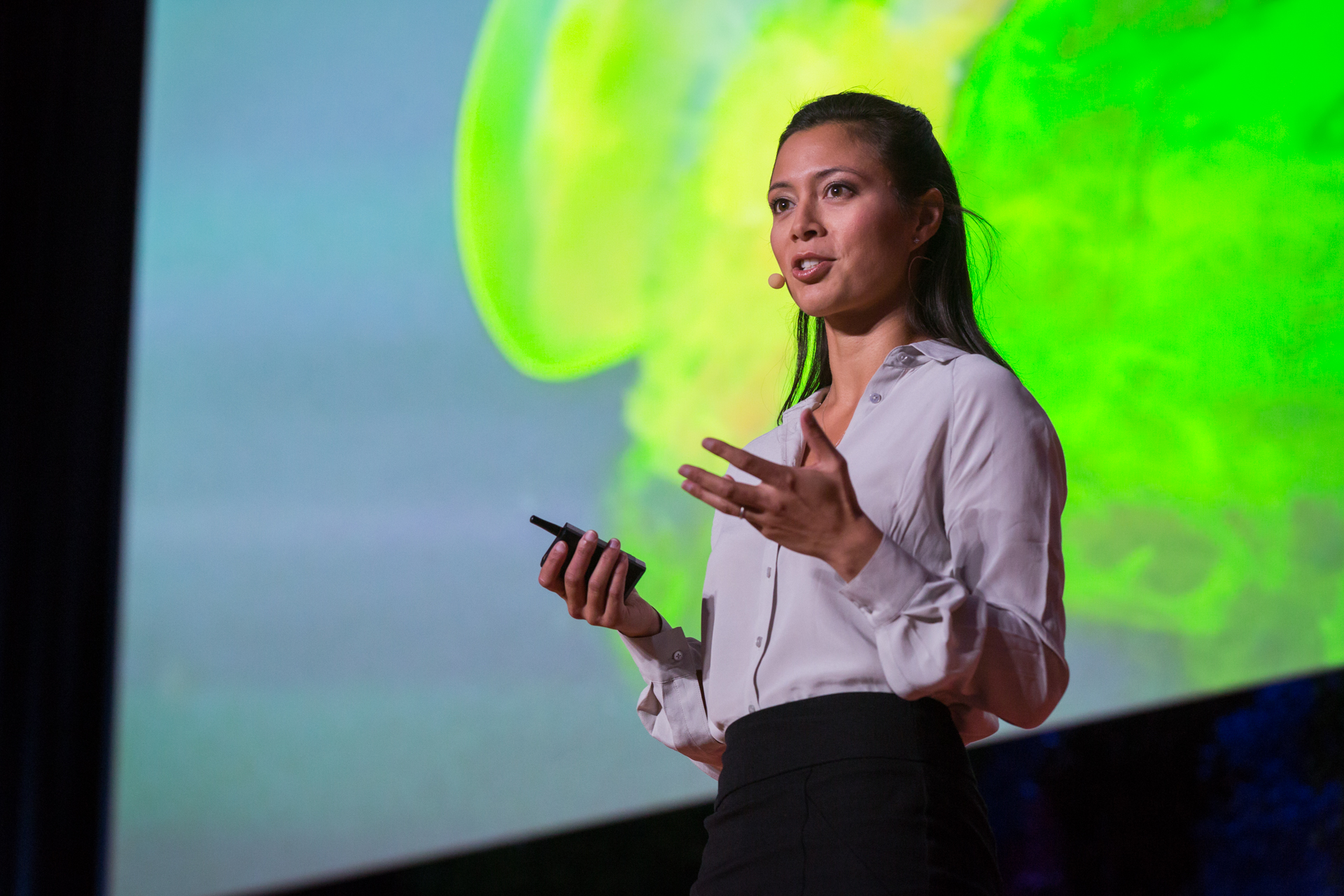 A great way to see how a jellyfish moves? Luminescent dye, as shown by Kakani Katija. Photo: Ryan Lash/TED

The final session of TEDYouth 2014 focuses on what makes us human — the way we talk, the way we walk, the words we sing, the waves we surf.

How jellyfish swim. On land, animals leave footprints that tell us a lot about their size, form and capabilities. Marine organisms do too—their footprints are “wake structures,” but they are hard to see since water is translucent. Bioengineer Kakani Katija finds ways to make them visible—using dyes, lasers and more—and measurable. Through this research, she and her intrepid collaborators can understand how sea organisms move, and the complex interplay between how they deal with currents (and contribute to them too). So why do people risk their lives for this kind of research? Because airplanes were engineered based on how a bird flies. “How will marine organisms inspire us?” she asks.

Catching Europe’s biggest waves. Chasing storms isn’t just for tornadoes, but also for catching major waves. Professional surfer Andrew Cotton shares how he started with small waves and felt perpetually behind his peers but finally hit his stride when he started chasing the massive ones, despite the danger involved. The mindblowing slides of waves bigger than one could imagine do not detract from his talk’s main focus: how harnessing an unshakable belief in himself allowed him to conquer the sea, even in the face of uncertainty.

A poetry break. Nineteen-year-old poet Carol Brown seriously throws down when she performs her rapid-fire ode to a rushed and calloused New York City. Her poem “Foundations” skips the cliché, instead honoring the exhaust and 24-hour bodegas that make New York her city —and  a city that belongs to no one. Brown is just one of the artists involved with Urban Word NYC, a nonprofit program bringing writing workshops and poetry slams to New York youngsters.

The daughter of a hitman investigates gun violence. “My father killed people,” says Jennifer Mascia as she steps to the TEDYouth stage. “It’s been 14 years since I discovered this fact and, the second I did, it cast a shadow over my entire childhood.” Mascia is the daughter of a Mafia gunman, convicted of one murder but who may have committed several more. And yet, “Even though my father was a murderer, he was a good father to me,” she says. In the days after the Sandy Hook massacre, Joe Nocera — the op-ed columnist she worked for at The New York Times — asked her to find out who is getting shot every day in America. It became “The Gun Report.” 350 posts and 60,000 deaths later, she shares what she learned: that in the summer, there’s an uptick in murders and that half of gun shot fatalities are fueled by alcohol. She stresses that urgent action is needed because saving one life is better than saving none. 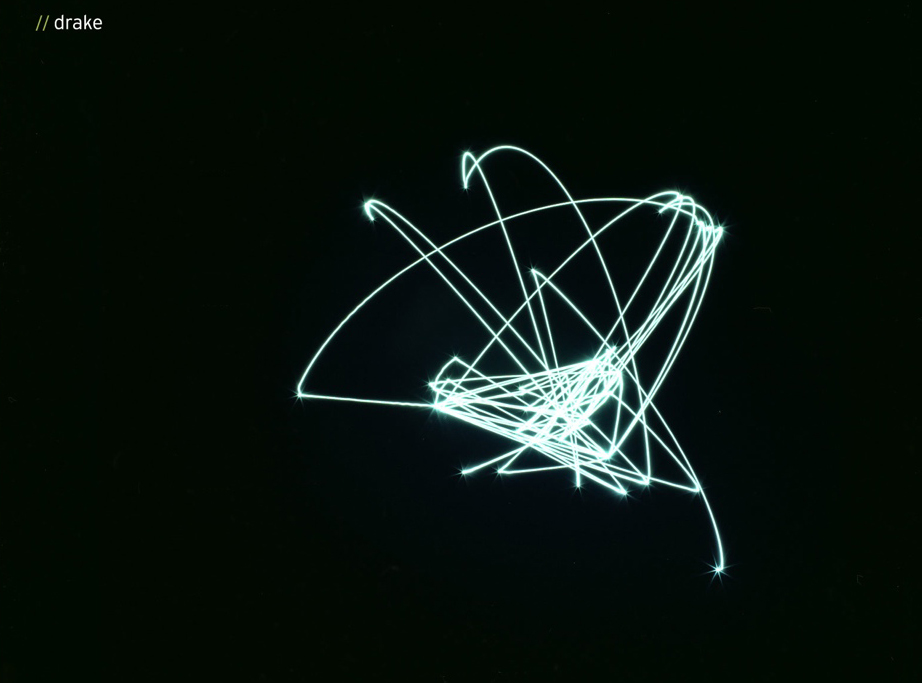 This is a visualization of all the locations Drake has mentioned in songs throughout his career. Photo: Courtesy of Tahir Hemphill

Hip hop, visualized. Tahir Hemphill managed to find a career that fuses his loves of hip-hop, science and design; he’s the creator of Hip Hop Word Count, a database of the lyrics of 50,000 hip-hop songs. Using this raw data, he creates visualizations that make it meaningful—like a chart of the mentions of Cristal, which shows a huge dip since Jay-Z’s boycott. On a tour of a university while brainstorming a new project, Hemphill saw a 15-foot robotic arm. He thought, “Whatever I’m going to do, I’m going to do it with that.” He ended up putting a light pen in the arm, and having it plot all the locations 12 artists mentioned throughout their career, in order. The result: swirling circles of light that reveal both worldliness and local allegiance. Hemphill has recently opened the Rap Research Lab in New York, and invites all attendees to stop by to see what they can discover in the hip-hop data.

Stay in your (sidewalk) lane. Nathan Pyle is making etiquette cool again. He breaks down how to not be a jerk when visiting New York City, sharing the tips and tricks about how to deal with strangers that local New Yorkers already know. His mantra? “Act like a car.” That means: keep your eyes on the road and not on your cellphone, and don’t stop abruptly. This will help you avoid bumping into strangers… and keep you from missing your soulmate when you pass him or her on the sidewalk.

Invent your own words. Who knew that “friend” wasn’t always a noun and a verb? Erin McKean is a lexicographer, which means that she makes dictionaries. And thus, she knows the evolution of words well. That being said, she is no grammar snob, especially if grammar rules stifle creativity. She encourages the audience to make up their own words, and shares six ways for them to create a lexicon all their own. “We always tell young people to be creative and invent things when it comes to science and technology, but then when it comes to inventing new words we say, ‘No, you can’t do that,’” she says. “I think you should make up all the words that you want … Every word is a chance to express an idea and get your meaning across.”

Dispatches from Mars. Why does our planet have life, while Mars doesn’t? Well, it’s very dry and very cold, with temperatures up to 100 degrees below zero. But it wasn’t always. Over the first billion years of its existence, Mars had rivers, lakes and soil. Scientists, of course, want to know what happened. This is one of the purposes of the Curiosity Mars Rover, which landed two years ago. Ehlman explains how rocks found by the Rover prove that water once flowed there, and that streaks of salt found in laser drillings are like a bathtub ring left by a lake. From here, the Rover is headed up a mountain where lots more can be learned. “We’ve already brought our Curiosity to Mars and it’s a proxy til we can go there ourselves,” she says. 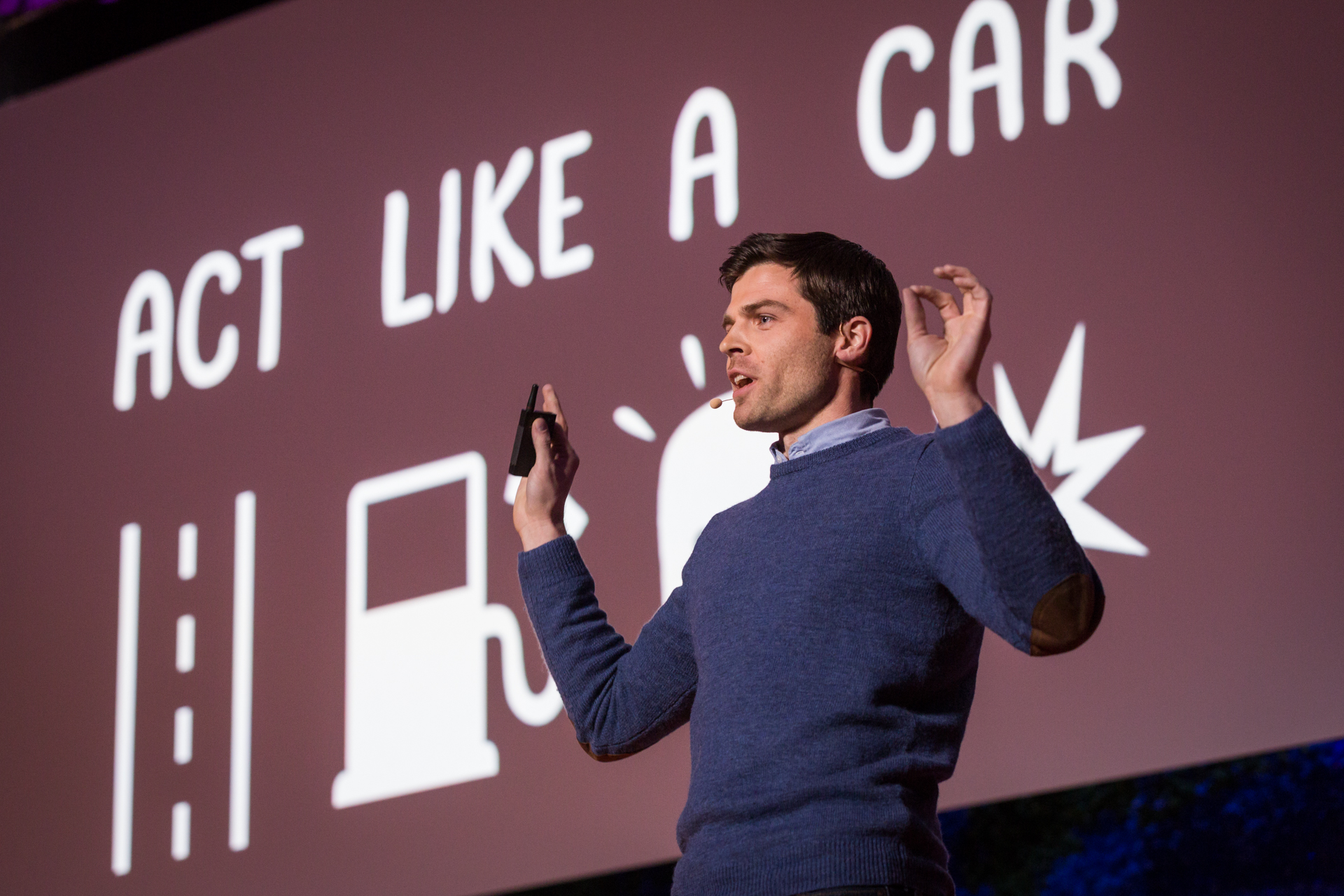