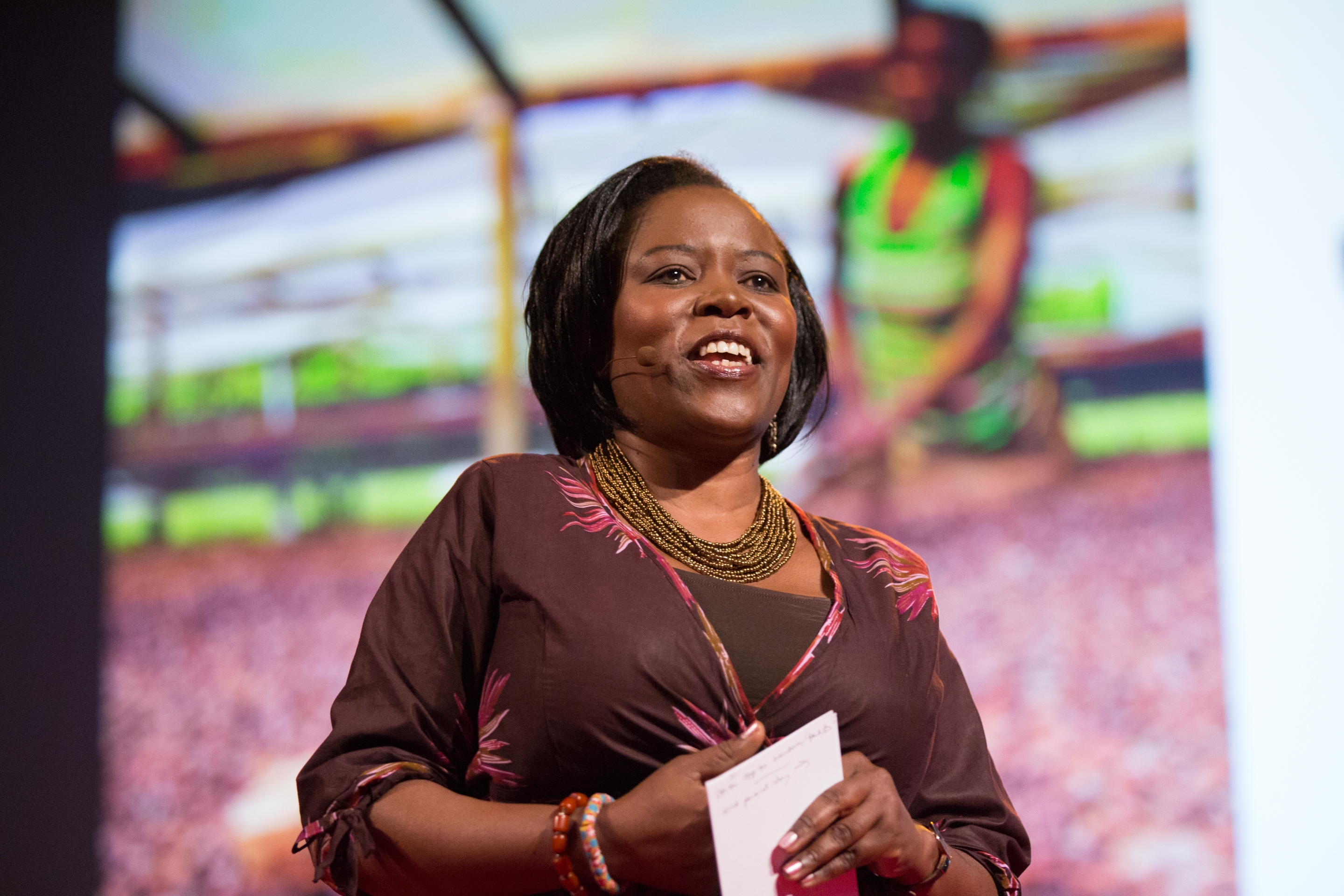 This session is all about “Basic Needs.” Enjoy these talks on food, innovation, sanitation and more.

Sipho Moyo puts two images up on her screen: a Ghanaian cocoa farmer using a primitive wooden rakes, juxtaposed with the glossy Godiva chocolates that would not exist without her. And yet, says Moyo, the Africa director of ONE, the West African farmers who supply 70% of the $110 billion chocolate industry still struggle to feed their families, making do with little to no fertilizer, tired seeds and pre-Biblical tools. But to feed the world’s projected 10 billion mouths by 2050, we will need Africa’s underutilized land, water and human resources. Meeting those needs will require affordable credit, increased infrastructure and improved terms of trade for farmers. Moyo believes this is possible, looking to success stories like Brazil to inspire African agriculture to take the necessary steps forward — namely, seeking private-sector investors. “We have to help the farmers who already feed us to thrive,” she says. “We have to see this industry as profitable.”

Teresa Corção was already a well-known chef in Brazil 12 years ago when she went on a cooking competition. But when they gave her a list of regional ingredients and sauces, she didn’t know half of them. She asked around — what are these ingredients made of? — and the answer echoed: “That’s from manioc. Manioc. That’s also from manioc.” There, she had a tapioca crêpe — made, of course, from manioc — and it was transformative: “Crispy on the outside, creamy with cheese and spice and herbs on the inside.” And so Corção began investigating this root, otherwise known as cassava, yucca or tapioca. Now, promoting the use of this ingredient — and other Brazilian heritage foods — is what she is best known for. Meanwhile, she’s also preserving the ancient way of packaging manioc in ancient ways that preserve it, weaving a simple basket lined with fresh green manioc leaves. [Try cooking two of Corção’s recipes.]

Some food is good for us, and some food is not. How can you tell the difference? Food tech entrepreneur Isabel Hoffman aims to make it easier for people to use technology to tell what’s in their food, before they put it in their mouths. She and her team at TellSpec are trying to creating a pocket-sized spectrometer that analyzes calories and fats, yes, and also lists ingredients. She demos a large beta prototype onstage, scanning a piece of manioc cake. “When you understand what you put in your mouth, you can start to change it,” she says.

“I want to show people who have a musical education that being a nerd can be cool,” says pianist Juliana d’Agostini. And this she proves. She made a splash in 2013 when she collaborated on the song “Preste atenção’” with Brazilian rapper Projota, a song which they gave the alternate title: “Rachmaninov for Rappers.” Today, at TEDGlobal, d’Agostini answers a few questions about how she got started — she fell in love with Beethoven at age 5 — and then sits down at the piano. With fast fingers and an emotive style, she snaps out a bright rendition of a song by Prokofiev, then closes with a lovely excerpted bit of Chopin.

When you grow up in a developing country, notes innovation strategist Navi Radjou, you instantly learn to get more value from limited resources and find creative ways to reuse existing materials. In India, people call this type of frugal innovation “jugaad” — and it’s a problem-solving mindset across much of the global South. For example, in some parts of Africa, entrepreneurs can recharge low mobile phone batteries from a bicycle-powered generator. In Peru, students modified a giant billboard to convert air humidity into purified drinking water. Inventions like these are inspiring, and they could be plentiful worldwide. It’s time for the global North to start co-creating with the global South as partners in frugal innovation.

Says Joe Madiath: “Sanitation is more about dignity than about human disposal of waste.” He should know – he’s pioneering a movement to help mitigate the bad health effects of poor sanitation in India. Madiath gives two surprising stats: According to him, 80 percent of all diseases in India are caused by poor-quality water – and 70 percent of rural Indians defecate in the open. That’s why Madiath started the Movement and Action Network for Transformation of Rural Areas. Or, yes, MANTRA. How it works: Villagers elect a committee to build toilets and showers throughout their communities. This body is responsible for building and maintaining the village facilities, helping to combat what Madiath sees as a nationwide mentality that “poor people deserve poor solutions.” Mantra is now in 1,200 villages, affecting over 400,000 people – so successful that he often gets the feedback: “Our toilets are better than our houses.” 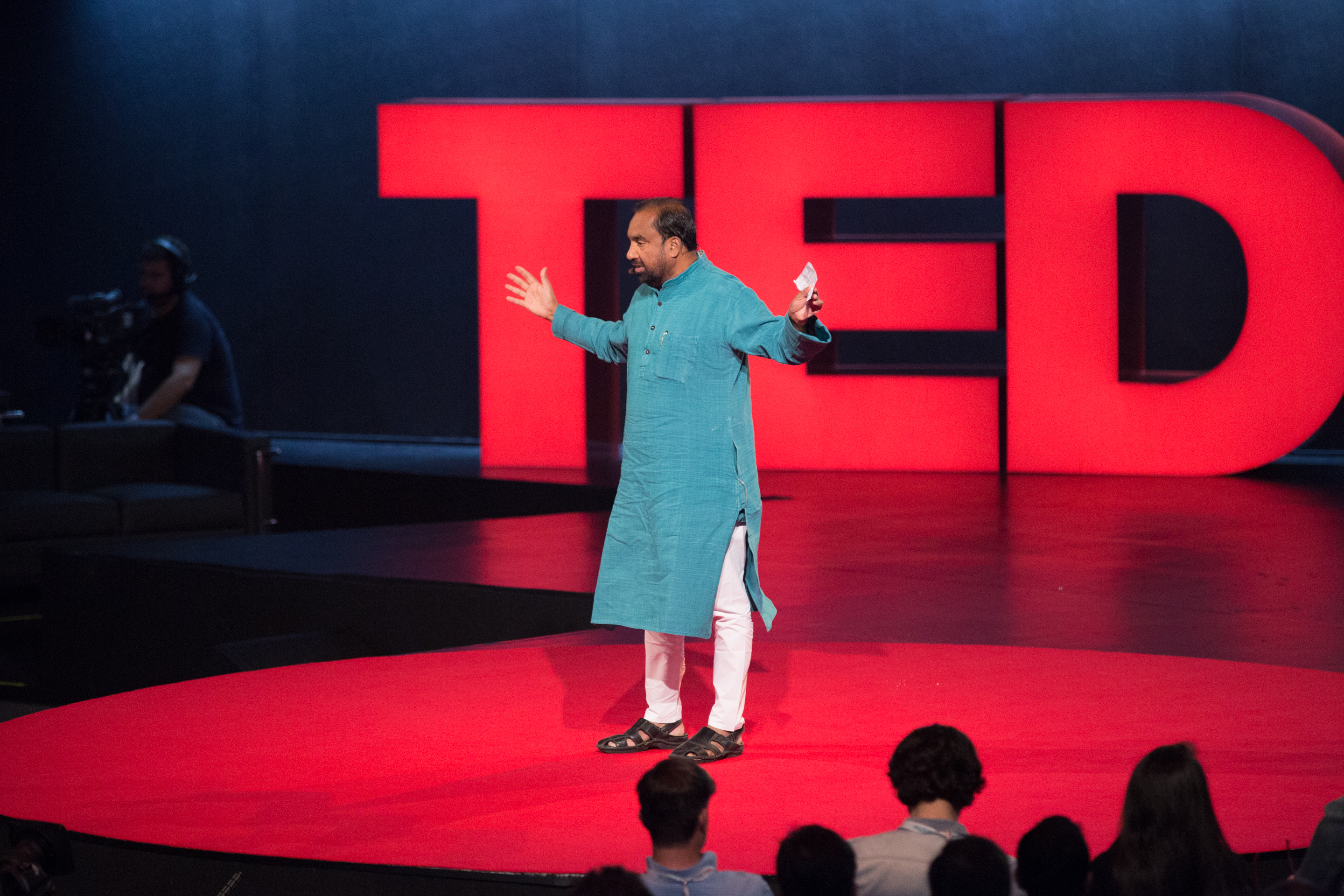