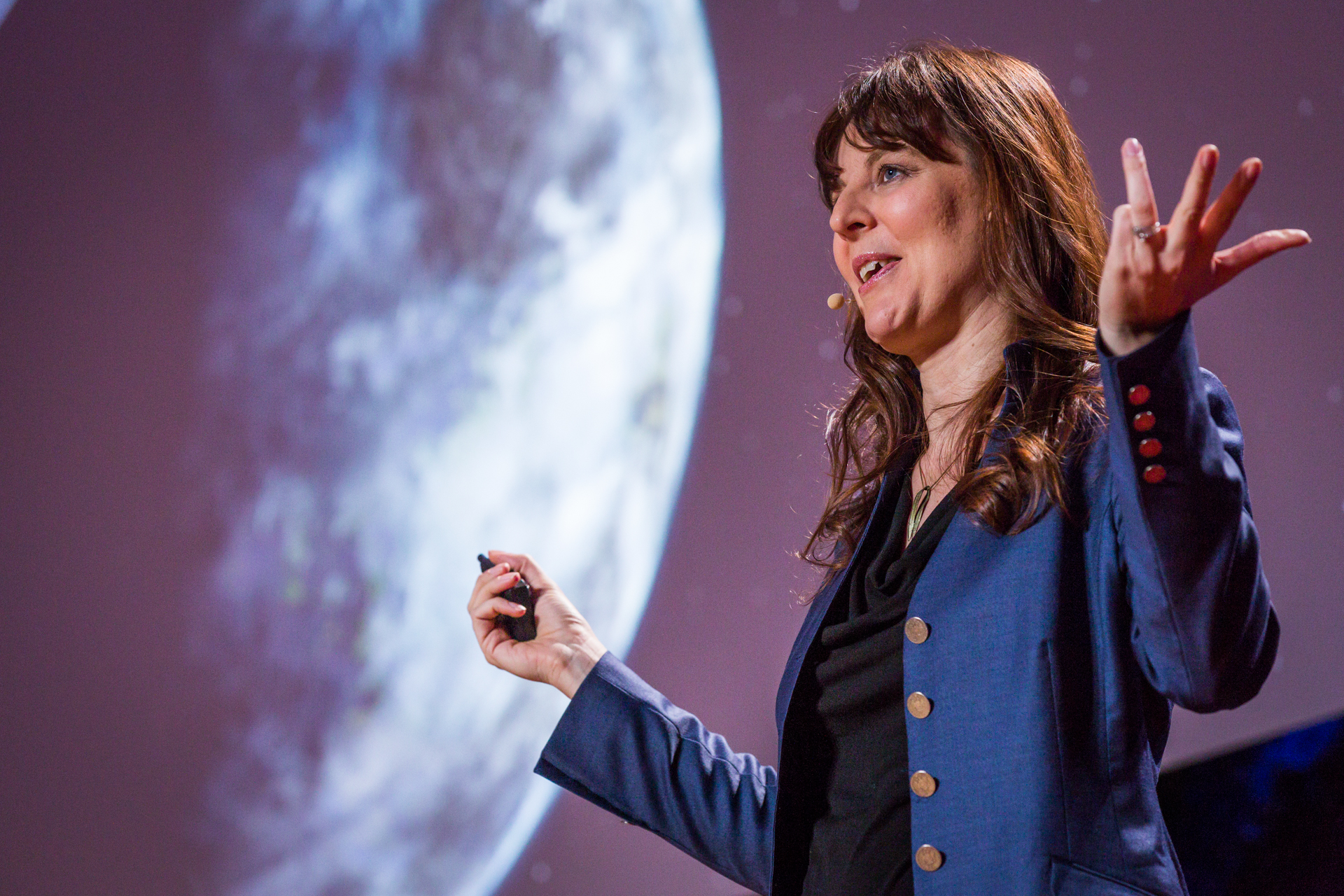 Session 1 of TEDYouth 2014 brought us to many worlds imagined. From a look at other planets that could be like Earth, to an introduction to a mysterious dinosaur bigger than T. rex, to a beet-tastic vision for the future of food, this morning’s speakers brought wonder, passion and a slew of fascinating facts.

Here’s what happened in Session 1 …

How we find planets far, far away. When you look at the night sky, you see about 6,000 stars, says astronomer Lisa Kaltenegger. That’s only a fraction of the billions of stars in our galaxy — and there are billions of galaxies beyond that. Our sun, of course, is a star. And statistically, every second star out there has at least a planet; every fifth planet has the potential to be a world like ours. Kaltenegger explains the techniques used to take the “fingerprint” of a distant planet, by charting the light pattern created by its atmosphere and the way the star wobbles with the planet’s gravitational pull. “We can do weather reports for planets from light years away,” she says. And thus, we can find out if a planet has life.

A kick-in-the-butt from science fiction. 15-year-old Marrec Selous was nominated by his TED-Ed club to speak. And he wants us to get our heads back into the clouds and take inspiration from the world of science fiction. 2001: A Space Odyssey imagines a world with massive moon bases that make our current International Space Station look tame. Why haven’t we landed people on other planets? What happened to that insatiable sense of exploration that catapulted us into space after World War II? Marrec worries that it comes down to a societal obsession with consumerism that distracts us from the wonders above.

Meet the Spinosaurus. Paleontologist Nizar Ibrahim wanted to uncover the mystery of the Spinosaurus, a bizarre, gigantic predatory dinosaur whose only remains were lost during World War II. After uncovering a new skeleton at a dig in North Africa, Ibrahim made the landmark discovery that the Spinosaurus may have been the largest carnivorous dinosaur to ever live. Its crocodile-like head, dense bones, short legs, and wide, paddle feet suggest it was a water dweller unlike any other. “The entire skeleton has water-loving river monster written all over it,” he says.

The city that never sleeps … in 2409. Eric Sanderson loves maps. “They help us see visions of what used to be and what could be in the future,” he says. Sanderson is known for his book Mannahatta, which shows the wildland of Manhattan when Henry Hudson arrived in 1609. But what is it going to look like in 2409? Sanderson imagines a New York without suburbs or cars, filled with farms and streams. But when he shared this, he got a strange response. “People said, ‘That’s your vision. Not mine,’” he says. “And they’re right. No one of us owns the future.” This is why Sanderson has created Mannahatta2409.com where people can build their own vision of New York in the future. His hope for it: that it’ll help us all radically rethink where we’re going. 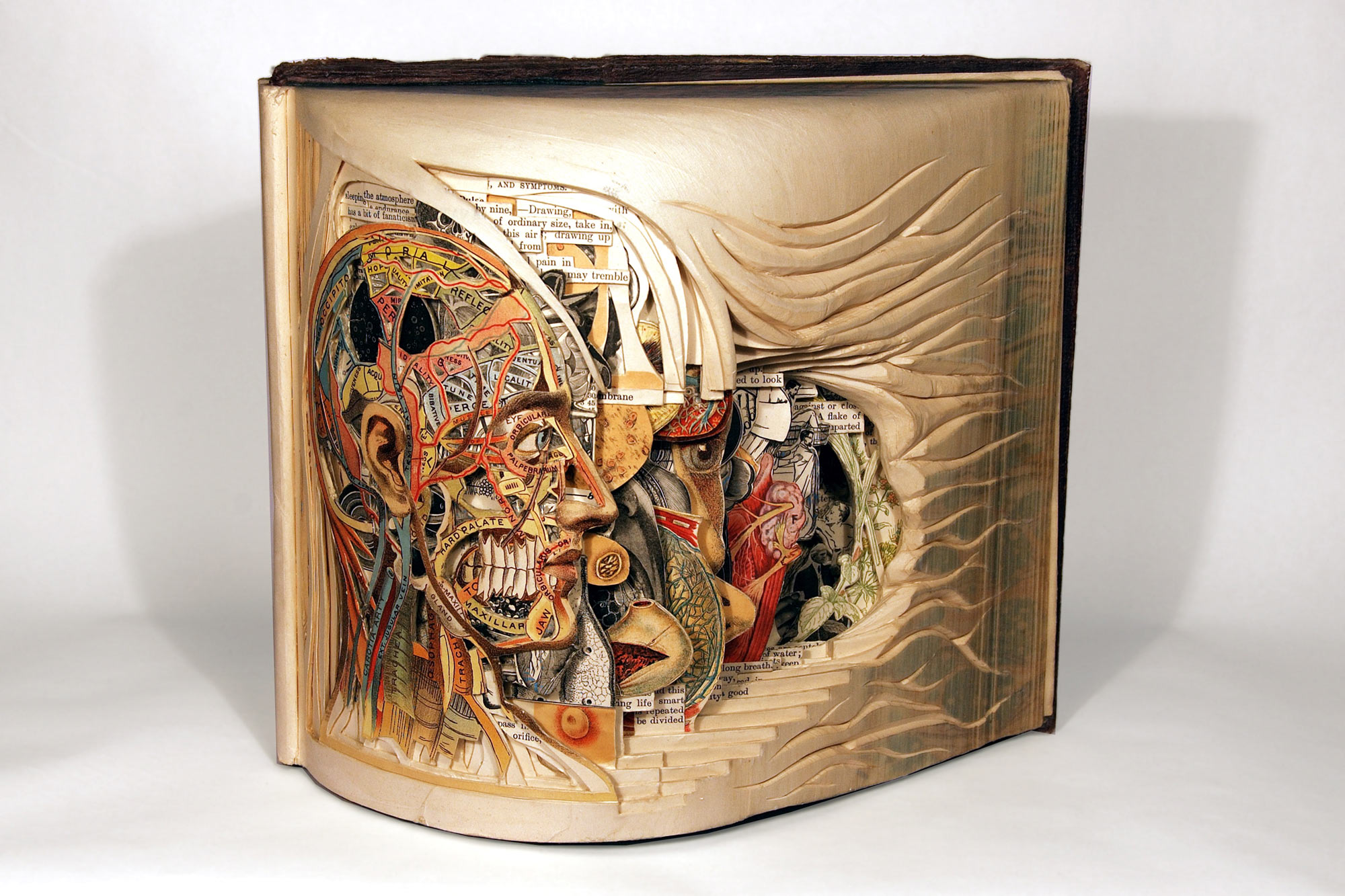 Remixing the book in the digital age. A book is not just a collection of static words on a page, but an evolving organism — a machine and a landscape. Artist Brian Dettmer explores these concepts through his work where he binds the sides of books and carves intricate patterns and designs into them. Like a DJ, he remixes the knowledge found inside. Like an archeologist, he excavates the potential of their wisdom. He believes that the book will never die, but will and must adapt to hold its place in the new digital information age.

Health lessons from the monarch butterfly. As the drugs we rely on to protect us from disease lose their efficacy, Jaap de Roode suggests we turn to animals for medical alternatives. While learning from larger animals is hardly new, smaller-brained insects have been discounted as too simple to offer us insight. But de Roode’s research proves that monarch butterflies recognize the medicinal qualities of plants, and that monarch mothers strongly prefer to lay their eggs on milkweed to reduce disease symptoms in their offspring. De Roode thinks that, some day soon, these monarch doctors might lead us to medicine to treat our own diseases.

Tiny robots that could have big impact. Sarah Bergbreiter creates robots the size of ants. She shows us a 4 millimeter bot that can jump 40 centimeters, a centimeter-long bot that can run 10 body lengths per second, and a bot the size of a Tic Tac that can sense light. Why take the time to address the engineering challenges that come with creating robots so small? Because, working together like ants or termites, these robots could do incredible things. They could search through rubble after disaster to look for survivors, they could run around a bridge to inspect it, or even swim through our blood to perform an operation. It’s a small project with many possibilities.

A lesson in sexism from a video game. As a teenager, Lilian Chen began competing nationally as a Super Smash Bros. Melee gamer. The gaming community offered a welcoming, accepting alternative to the bullying she faced in school, but eventually the sexism she encountered from other gamers, and the misogyny she internalized herself, became too much to handle. A Facebook post denying the existence of sexism in the gaming world helped her find her voice, and she co-founded The New Meta, a panel with the NYU Game Center that raises awareness of gender issues in the community without shaming male gamers. “Everyone in this room has a voice,” she says. “You have to use it, and you have to use it responsibly.”

Eat a beet, help the planet. Fifteen-year-old Flynn McGarry is no stranger to the culinary world, as he already hosts hugely popular supper clubs in both New York and Los Angeles. One day, his father inspired him to use a highly underrated vegetable to help people eat healthier and care for the planet: the beet. By cooking a beet the same way as he would a steak, he encourages creative and conscious eating by offering alternatives to meat and fish, which both take large tolls on the environment. 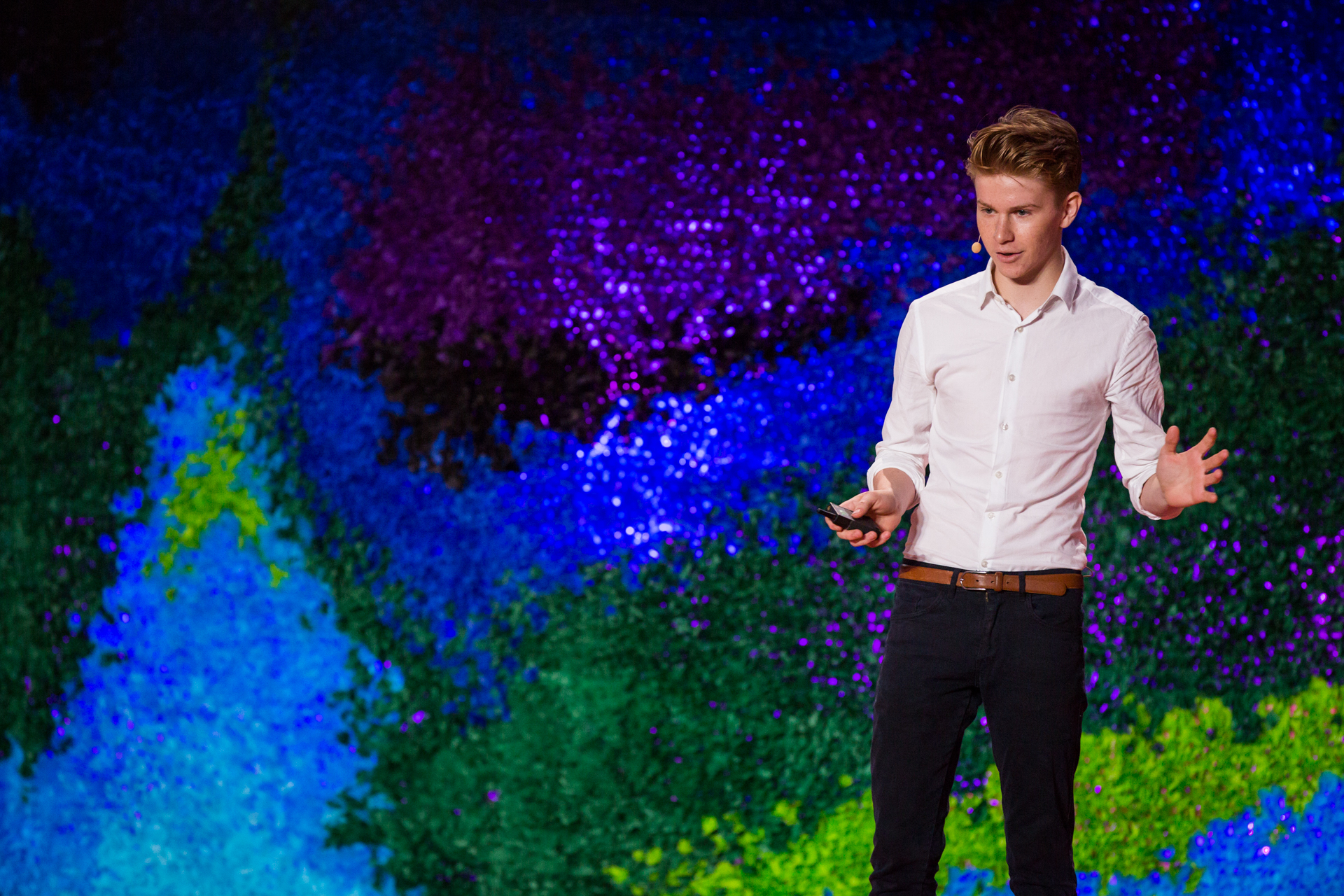