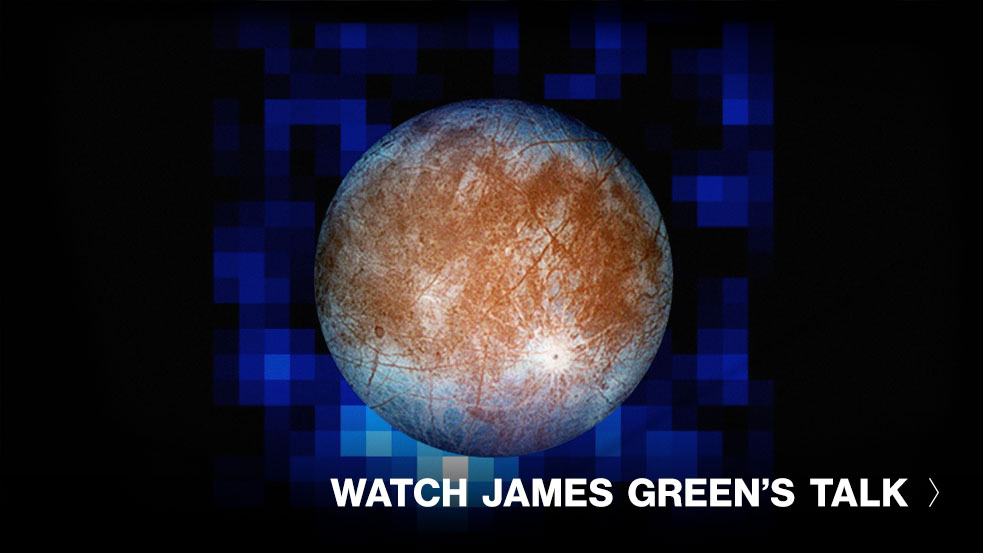 Good luck and farewell to the Cassini spacecraft. Launched 20 years ago, NASA’s Cassini spacecraft will begin its final mission on April 26.  The spacecraft will embark on a series of 22 dives through the space between Saturn and its rings, transmitting data that may help us understand the origins of Saturn’s rings and the makeup of the planet, explained NASA’s James Green. After completing the dives, Cassini will run out of fuel and disintegrate over the ringed planet on September 15, 2017. (Watch James’ TED Talk)

Rwanda joins AIMS. The African Institute for Mathematical Sciences has a new campus in Kigali, Rwanda! Launched as part of an agreement with the Government of Rwanda’s Ministry of Education, the Kigali campus marks the sixth country of expansion for AIMS, founded by TED Prize winner Neil Turok, whose centers of excellence also stretch across Cameroon, Ghana, Senegal, South Africa and Tanzania. (Watch Neil’s TED Talk)

A newly discovered dinosaur. Jack Horner can add having a dinosaur named after him to his résumé. The recently discovered Daspletosaurus horneri, or “Horner’s frightful lizard,” lived in Montana around 75 million years ago and is a cousin of the T. Rex. It stood at 2.2 meters tall and, as its name hints, it had a large horn behind each eye. A scaly face dotted with tactile sensory organs (similar to the ones modern crocodiles have) provided their snouts with sensitivity similar to fingertips. Its discovery provides new insight into how tyrannosaurids evolved. This new species appears to have evolved directly from its sister species, Daspletosaurus torosus. The finding supports the theory of anagenesis, or direct evolution without branching, in which a species changes enough over time from its ancestral form to become a new species. (Watch Jack’s TED Talk)

Changing the economics of an illegal economy. At a recent hearing in front of the Senate Commerce, Science and Transportation Committee, Caleb Barlow discussed the state of cybercrime and the ways in which new technologies help not only to reduce such crime, but also address the skills gap that exists within the cybersecurity workforce. Invited as part of the Senate’s review of emerging technologies and their impact on the future of cybersecurity, Barlow argues that one of the most alarming aspects of cybercrime involves the manipulation of data by hackers, where “we move beyond stolen information and money to an even more damaging issue: a loss of trust.” Barlow concludes that massive coordination by criminals today requires an equally organized mode of response by cybersecurity experts, who must embrace collaborative practices like threat sharing in order to properly manage their cybersecurity. (Watch Caleb’s TED Talk)

Awards aplenty for TED Prize winner Raj Panjabi. The winner of the 2017 TED Prize has racked up a stack of additional honors over the past month. He was named one of the four recipients of the 2017 Skoll Award for Social Entrepreneurship for bringing lifesaving health care to remote regions of Liberia, and he spoke yesterday at the Skoll World Forum in Oxford, England, about his work with Last Mile Health. In addition, Raj also landed in spot #28 on Fortune‘s list of “The World’s Greatest Leaders for 2017,” and became one of the Schwab Foundation Social Entrepreneurs of the Year for 2017. Raj will share his TED Prize wish for the world at the TED2017 conference in Vancouver on April 25. Find out how to watch live through TED Cinema Experience. (Keep an eye out for Raj’s TED talk!)

The future of medical imaging. Moving on from Facebook and Oculus, Mary Lou Jepsen has founded Openwater, a startup working to turn MRI-quality imaging into simple, wearable technology. Unlike MRIs, the startup uses near-infrared light for its imaging and if successful, the technology has incredible implications for the diagnosis and treatment of diseases. Their hope is to create a device that enables users to receive detailed information about their brains and bodies in real-time, such as clogged arteries, internal bleeding, and neurological disorders. The company is still in R&D to determine what their first product will be, but Jepsen spoke in depth about the startup at South by Southwest 2017. (Watch Mary Lou’s TED Talk)

Attacking counterfeit with neuroscience. In collaboration with the European Central Bank, David Eagleman has helped create a new currency design for the European Union, one that lets anyone spot a fake. Displayed on the EU’s €50 note, one of the most counterfeited currencies in the world, the design integrates the face of Europa into the bill’s security features, displaying the Phoenician princess as both a hologram and as a watermark. The reason, according to Eagleman, is that the human eye proves itself far more adept at spotting inconsistencies across faces instead of buildings. “The human brain is massively specialized for faces, but has little neural real estate devoted to edifices. As forged watermarks are generally hand-drawn, it would be much easier to spot an imperfect face than an imperfect building.” (Watch David’s TED Talk)