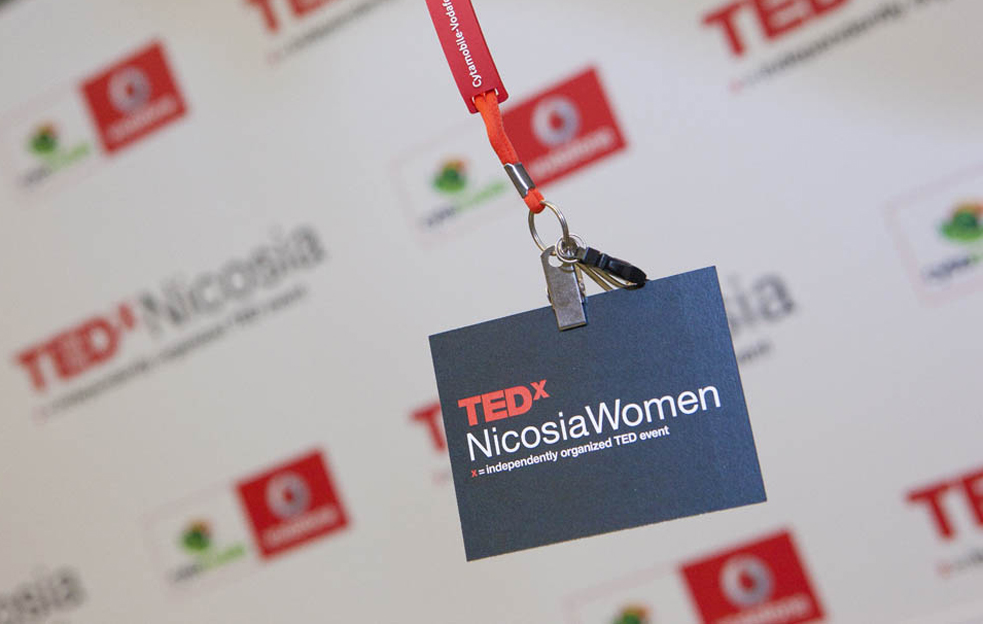 A talk at TEDxNicosiaWomen lead to a thriving discussion group for female business leaders on an island where such a thing is a rarity. Photo: Andri Josef/AJPhotoart

One morning, as Anna Koukkides-Procopiou was rushing out of her house on the way to the office, her daughter said, “Mommy, I want you here. Why don’t you want me?” This set off a long period of contemplation, and eight months later, she left the business world and reinvented herself as an activist — and started bringing her daughter along with her to meetings.

“I realized that the problem was actually the solution I didn’t want to see,” she said in a talk at TEDxNicosiaWomen 2013, held on the Mediterranean island of Cyprus.

Her talk—about how women have to make the decisions that feel right for them—sent a ripple of excitement through the audience.

“Cyprus is a very small community. It’s a small island,” says Mahi Solomou, who organized TEDxNicosiaWomen and invited Koukkides-Procopiou to speak. “Anna’s talk was so special for the Cyprus community because it got women to think that, at the end of the day, this is your life. Anna was criticized for taking off from the corporate world, but she did what felt right to her. It was a powerful message for the women out there.”

“She really had a big impact on the audience,” echoes Thalia Iacovou, a designer who was in the audience for this talk. “A lot of people identified with her. After, they were saying, ‘Wow, she’s inspiring. She’s given us a lot to think about.’”

Just a few hours later, the event screened a session of TEDWomen 2013 in which Sheryl Sandberg gave an update on her classic talk and mentioned the phenomenon of Lean In Circles, small groups where women can meet to talk and support one another. With some urging from Solomou and from TEDxNicosia organizer Paul Koronis, Koukkides-Procopiou decided to launch a similar group, with a Cypriot twist.

In March, this discussion group convened for the first time in a coffee shop, bringing together 11 women with very different business backgrounds. Koronis and Solomou served as hosts; Koukkides-Procopiou moderated. The purpose of the group: to get the women talking about their experiences, so that they could learn from each other and offer support.

Iacovou, who runs a digital brand agency with her husband, says a group like this was desperately needed in Cyprus, as gender parity in the workplace isn’t a tightly held value on the island. “In many places in the world, you start from the assumption that it doesn’t matter what gender you are: if you’re in business, you’re in business. There may be instances when there’s sexism, but those are isolated,” she says. “What we find here is different. When you’re [a woman] in business, you tend to be more isolated in the local community rather than embraced. It’s a little bit intimidating, a little difficult to understand.”

This mindset has affected her personally, she says: “If I am running a workshop, or a pitch or a presentation, people look at my husband and go, ‘Why isn’t he doing the talking? Why is she doing the talking? She’s really bossy.’ I find myself almost stepping back sometimes and allowing my male counterparts to lead. You have to learn to read people in a different way than you might outside of Cyprus.”

At the first meeting of the discussion group, things started off awkwardly. The women didn’t quite know what to make of each other. “It was very different from existing societies and clubs in Nicosia,” says Koronis, who was the only man in the room for the meeting. “Women here meet for coffee or for cards, but typically in closed circles of friends who’ve been together for years.”

But as the meeting progressed, the group began to gel. It’s been going strong ever since, and recently held its eighth meeting. Here’s how it works:

In the week before a meeting, each member of the group gets an email that describes the next session’s theme, along with a video to watch and some questions to think about. Each meeting begins with everyone giving a short update on what they’ve been up to in the past month. From there, it’s discussion time, the conversation flipping between English and Greek. So far, the group has tackled topics like team dynamics and public speaking—and they’re hosting a session soon about hierarchy in the workplace. As each meeting closes, they talk through action points each member can take. 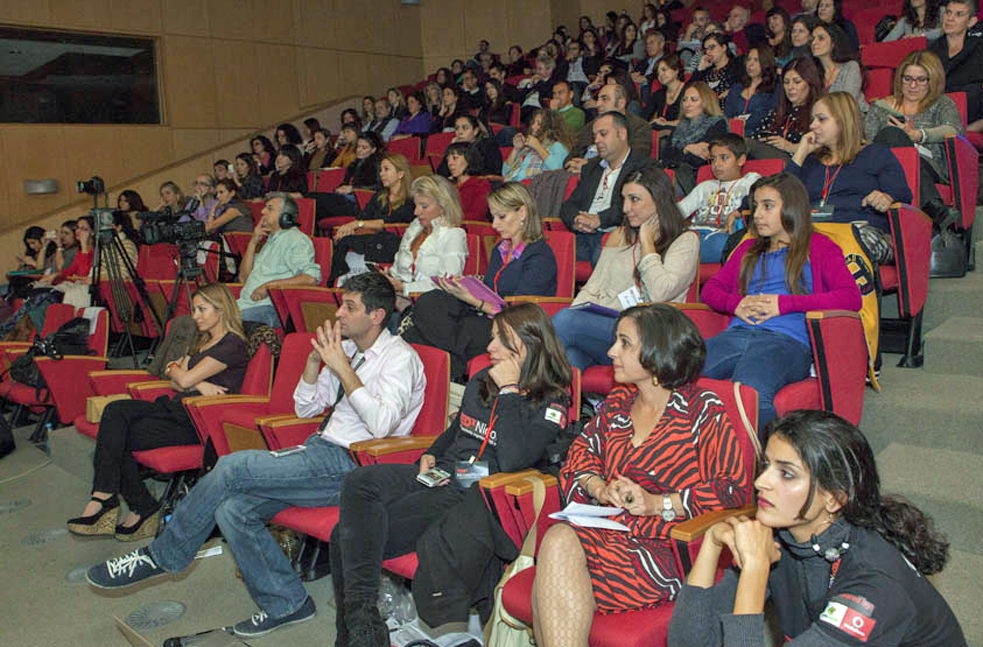 Iacovou says that the group has been transformative for her. “Listening to all the women talking about how they confidently move forward with things, it’s really shifted my tendency to step back,” she says. “In the months since I’ve been in the group, there have been two or three initiatives that I’ve just jumped on board with, without worrying, ‘Oh, I’m a woman, and how am I going to _______?’ I’ve bonded with people I wouldn’t have had an opportunity to interact with on a daily basis. I’ve gotten a lot of insights, on a personal level and on a professional level.”

Solomou agrees. “They know about what I’m going through, so they can say, ‘We’ve been through the same thing and suggest this,’” she says. “I’m getting a lot of good advice.”

Because of the conflict on the island between Greeks and Turks, and because Cyprus did not have a robust university system until recently, many members of the island’s business community have either studied or lived abroad. But many have returned in recent years, even with the recent financial crash, leading to what Koronis, Solomou, and Iacovou describe as an “entrepreneurial wave” — one in which they say women are participating. “For our generation of women, the culture is allowing them to take on more roles,” says Iacovou.

The Nicosia group has caught the attention of others locally. Koukkides-Procopiou has been contacted by an individual working with the US Embassy in Nicosia, who asked how they could set up a similar group for their employees, and Koronis has had a conversation with an executive manager of a large bank in Athens, who was interested in bringing the idea to Greece.

Meanwhile, the group continues to thrive. Koukkides-Procopiou is experimenting with what happens when group members are paired up randomly and keep each other on track toward specific goals.

“Every time I go to these meetings, I get a dose of inspiration,” says Solomou. “Living on a small island, you always need new ideas.” 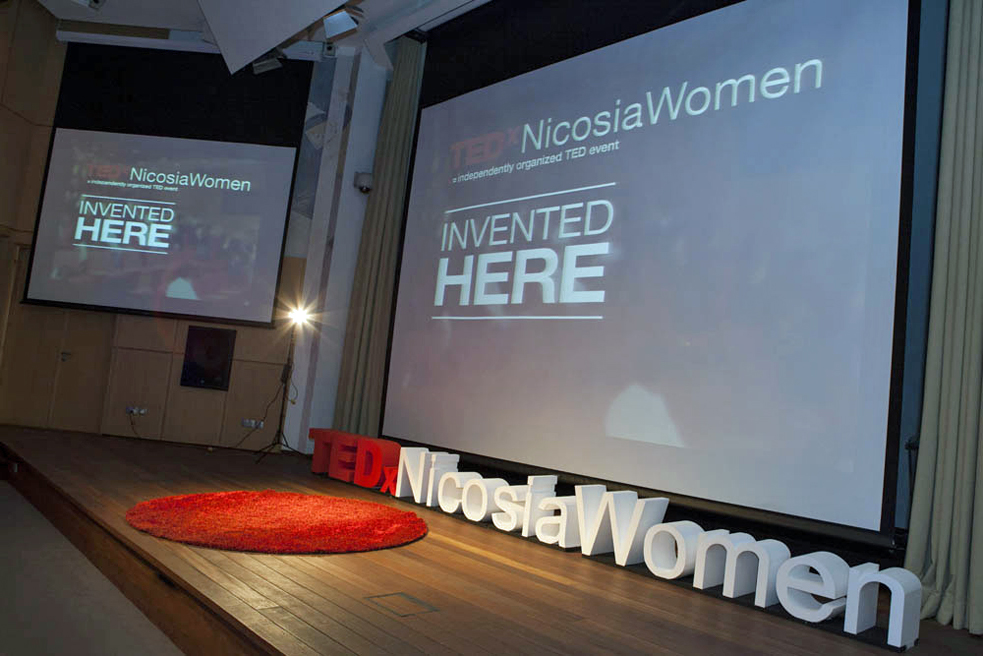