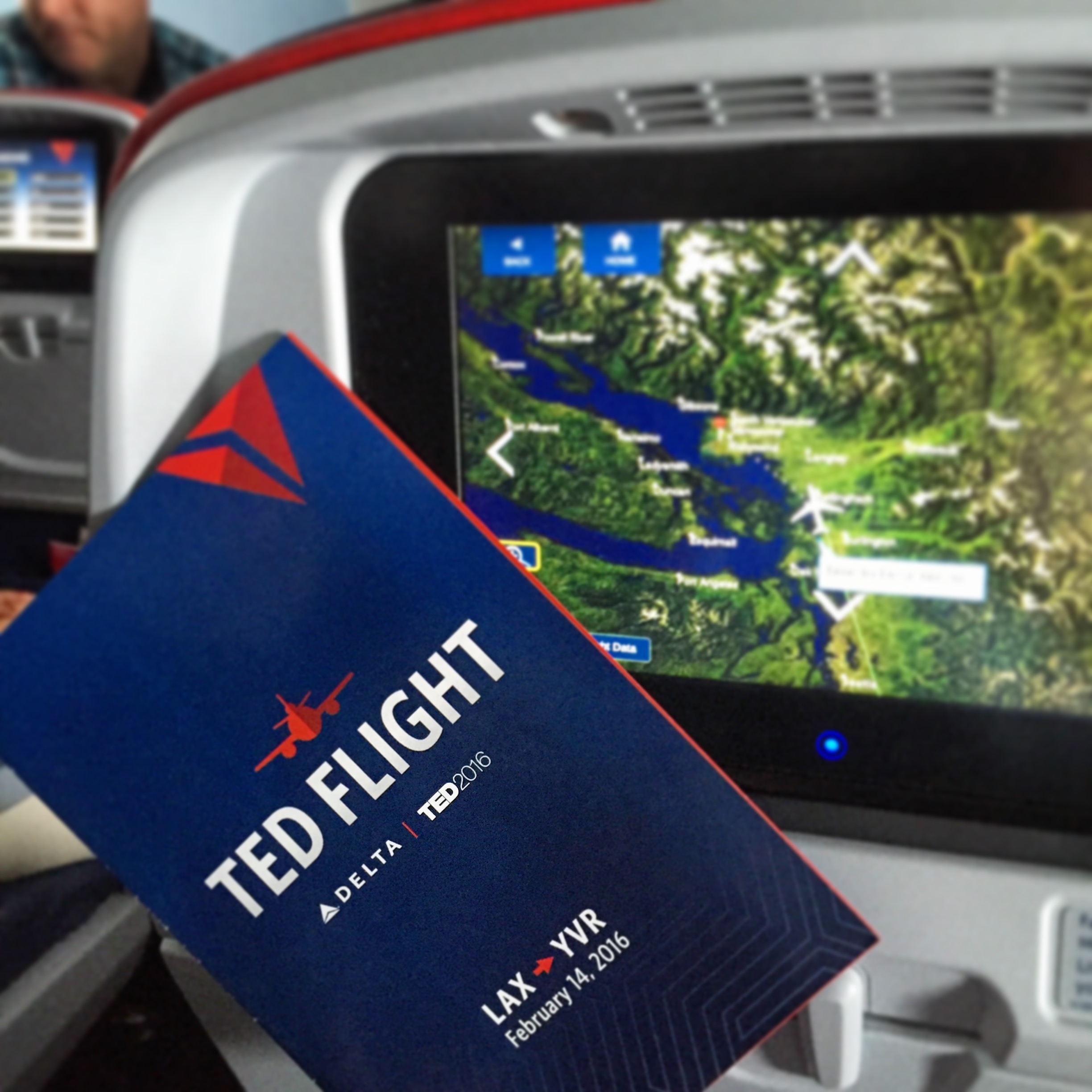 David Kwong’s TED Talk has been watched at 30,000 feet, accessible through the seat-back TV sets on Delta flights along with a selection of other talks. But on Sunday afternoon, Kwong’s TED talk took to the skies in a very real way. Delta invited the magician aboard the first-ever TED Flight, to entertain 98 lucky TEDsters flying from Los Angeles to Vancouver for the start of the TED2016 conference.

As the Delta twin-jet A319 hummed from LAX to YVR, Kwong charmed the attendees, passing around playing cards and pulling impossible dollar bills from inside kiwis. Seatmates talked to each other, sharing their excitement for the upcoming conference — but attendees were onboard for more than icebreakers. They also kicked off a weeklong brainstorm with roots all the way back on the East Coast, where Delta has launched an innovation lab called The Hangar, a collaborative coworking space for engineers, researchers and entrepreneurs from the Georgia Institute of Technology and the aviation industry to re-envision key aspects of the flight experience.

“Our minds are open, and we are crowdsourcing dreams and innovations for the future of flying,” said Matt Muta, Delta’s Vice President of Innovation. “We’re tapping into the TED community in a way that’s never been done before.”

Kwong admits that entertaining people in the air was “fun but challenging.” “It’s not easy performing sleight-of-hand when there are people on both sides and behind you,” he said. “A few times I had to pause to allow a drink cart to go by. But that was the perfect misdirection to steal something from my pocket.”

Back on the ground, Kwong and Muta wished everyone a great TED2016. As attendees grabbed their luggage and crowded into taxis bound for the conference center, they had a flying head start on the week that TED has dubbed “Dream.” 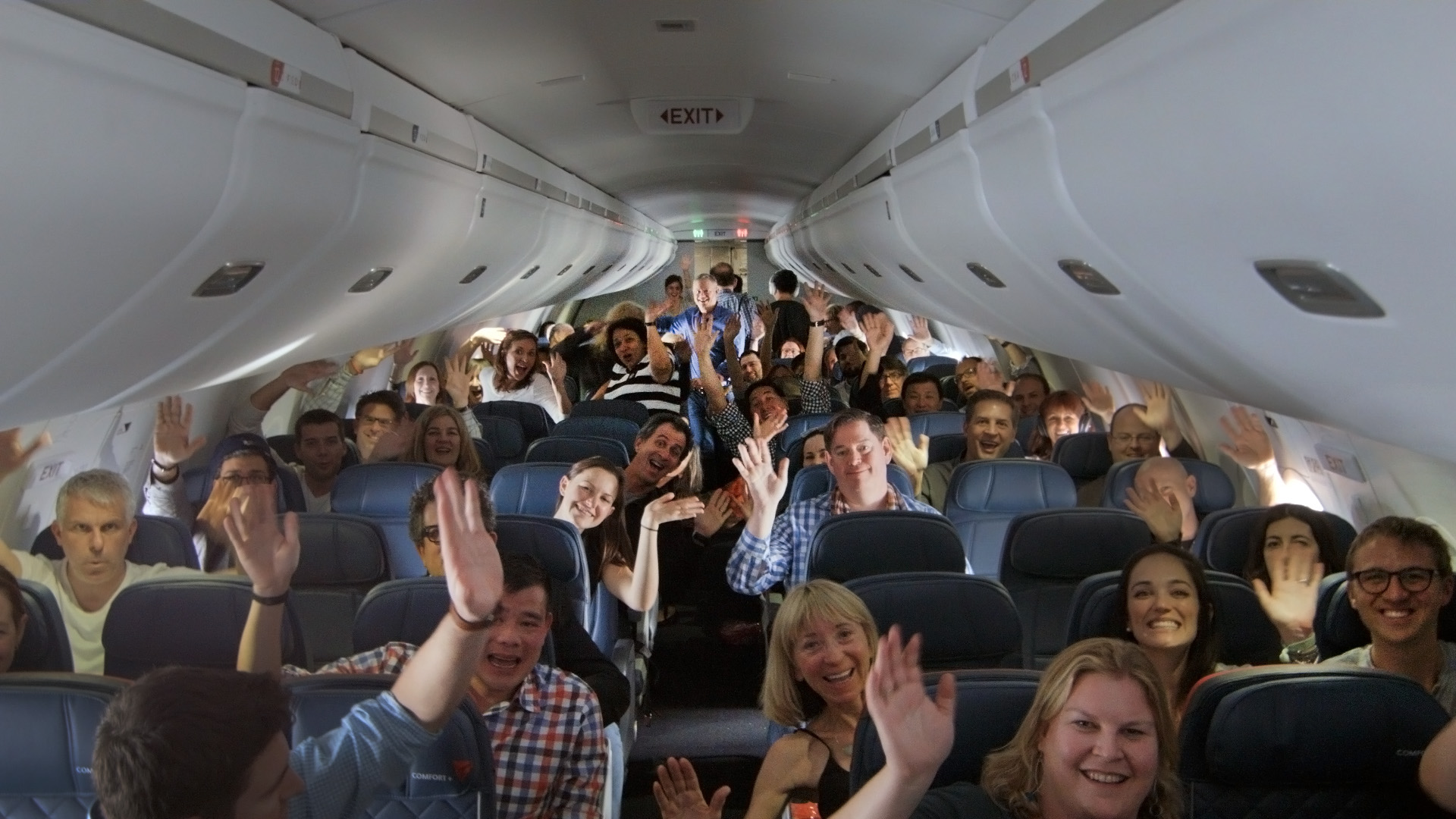 98 TEDsters were aboard the TED Flight and they got a chance to bond, as magician David Kwong entertained them. Photo: Sofia Athanassiadis/TED