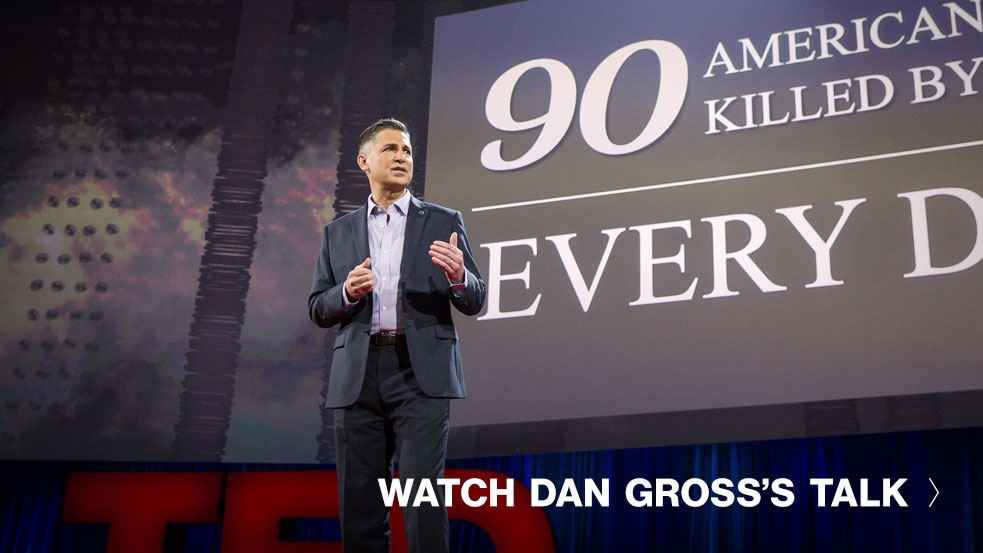 Zero Minutes of Fame. In the wake of a mass shooting, the killer’s name is usually plastered all over the news and Internet, a dark 15 minutes of fame with serious consequences: 30% of mass killings are inspired by a previous event. While efforts to reduce media fixation on shooters have had mixed results, the Brady Campaign, steered by Dan Gross, and Ogilvy & Mather are experimenting with a new way to combat this phenomenon in the unlikely form of a web browser plug-in. Announced on April 27, the goal of the Zero Minutes of Fame campaign is to reduce the visibility of the killer and shift focus back onto the victims. Here’s how it works: when you scroll through a major news site or Google search results, the plug-in will replace the killer’s name with the parenthetical “name withheld out of respect for the victims” and replace the killer’s image with an image of the victim labeled with their name. (Watch Dan’s TED Talk)

The illusion of free will. Does free will exist? From deciding what to eat for lunch, what movie to watch, or who to marry, we think we have full, conscious control over every choice we make. But according to psychology professors Paul Bloom and Adam Bear, the brain may trick us into thinking that we consciously made a choice after it had already subconsciously analyzed possible consequences and made a decision for us. Outlining an innovative experiment, Bloom and Bear’s new study cracks open this age-old mystery that could have scientific, moral and philosophical implications. “Perhaps in the very moments that we experience a choice, our minds are rewriting history, fooling us into thinking that this choice—that was actually completed after its consequences were subconsciously perceived—was a choice that we had made all along,” Bear writes in a summary for Scientific American. (Watch Paul’s TED Talk)

Corruption’s threat to civil liberties. Brazil is in the midst of a crippling and unprecedented corruption scandal — and with this turmoil, Robert Muggah and Nathan B. Thompson write in The Boston Globe, comes a potentially permanent threat to civil liberties. Recent incidents include wiretapping citizens not under investigation and seizing private encrypted data. Even social media companies have been pressured: A regional judge ordered telephone companies to block Whatsapp after it refused to release data (a decision overturned on May 4). All of this, Muggah and Thompson say, is not unique to Brazil, but is merely the tip of the iceberg of a global crackdown on Internet freedoms. “It’s a battle playing out across the globe. Brazil is simply one of the front lines.” (Watch Robert’s TED Talk)

Napster for scholarly literature. Everybody’s doing it–illegally downloading academic journal articles, that is. Since journal articles are often only available at prohibitive cost–around $30 per article–the problem of access is often thought to be limited to poor countries, and many academic publishers work to help researchers in these countries gain access. But in an article for Science, John Bohannon shows that researchers and students are increasingly turning to pirated papers, and the trend is not limited to the developing world. Using data provided by Alexandra Elbakyan–the neuroscientist behind the largest online site for pirated articles, Sci-Hub–Bohannon shares surprising facts about who is using the sites and why, raising larger questions about the role of open access in academia. (Watch John’s TED Talk)

Imawarì Yeuta: The House of the Gods. With pink quartz walls and streams that run red, the Imawarì Yeuta is the largest known cave system of its kind, stretching at least 22 kilometers in the Amazon’s isolated tepui mountains. Because of its incredible inaccessibility, the Imawarì Yeuta laid untouched for millions of years until discovered by Francesco Sauro in 2013. Sauro’s team completed their most recent 40-day expedition in April and while they won’t release their discoveries until November, preliminary analyses have turned up unclassified types of bacteria … and based on previous expeditions, it’s likely they’ll turn up a new species or two. (Watch Francesco’s TED Talk)

Health in old age. What’s the secret of people who live healthily into old age? In the largest study of its kind, Eric Topol, a cardiologist and geneticist, analyzed the “Wellderly,” people in their 80s and older who do not suffer from chronic diseases and do not take medication. The surprising results showed that the “Wellderly” didn’t stand out in the genes that contribute to longevity, but in genes “associated with reduced genetic susceptibility to Alzheimer’s and coronary artery disease.” These results suggest that disease-protective genetic factors may be linked to healthy aging. (Watch Eric’s TED Talk)

50,000 strong for autism. On April 21, the Simons Foundation Autism Research Initiative (SFARI) announced the launch of SPARK, an online research initiative spearheaded by Wendy Chung to study the genes associated with autism, their corresponding biological mechanisms, and how they interact with environmental factors. With the goal to recruit 50,000 individuals with autism and their families, it aims to become the largest autism study ever conducted in the United States. To reach this goal, researchers realized that the traditional way of doing research, where patients come to a single study site to donate blood samples and be evaluated, wouldn’t work. To adapt, they made it possible for participants to join online as well as at 21 sites at medical schools and research institutions around the country. (Watch Wendy’s TED Talk)

What’s new on our bookshelf. Two TED speakers released new books on May 3. Joshua Prager’s new book, 100 Years: Wisdom from Famous Writers on Every Year of Your Life, collects literature’s most poignant quotes about ages 1 through 100. And reporter Janine di Giovanni released The Morning They Came for Us: Dispatches from Syria, a grippingly raw chronicle of her time reporting on the atrocities of war-torn Syria. (Watch Joshua and Janine’s TED Talks)