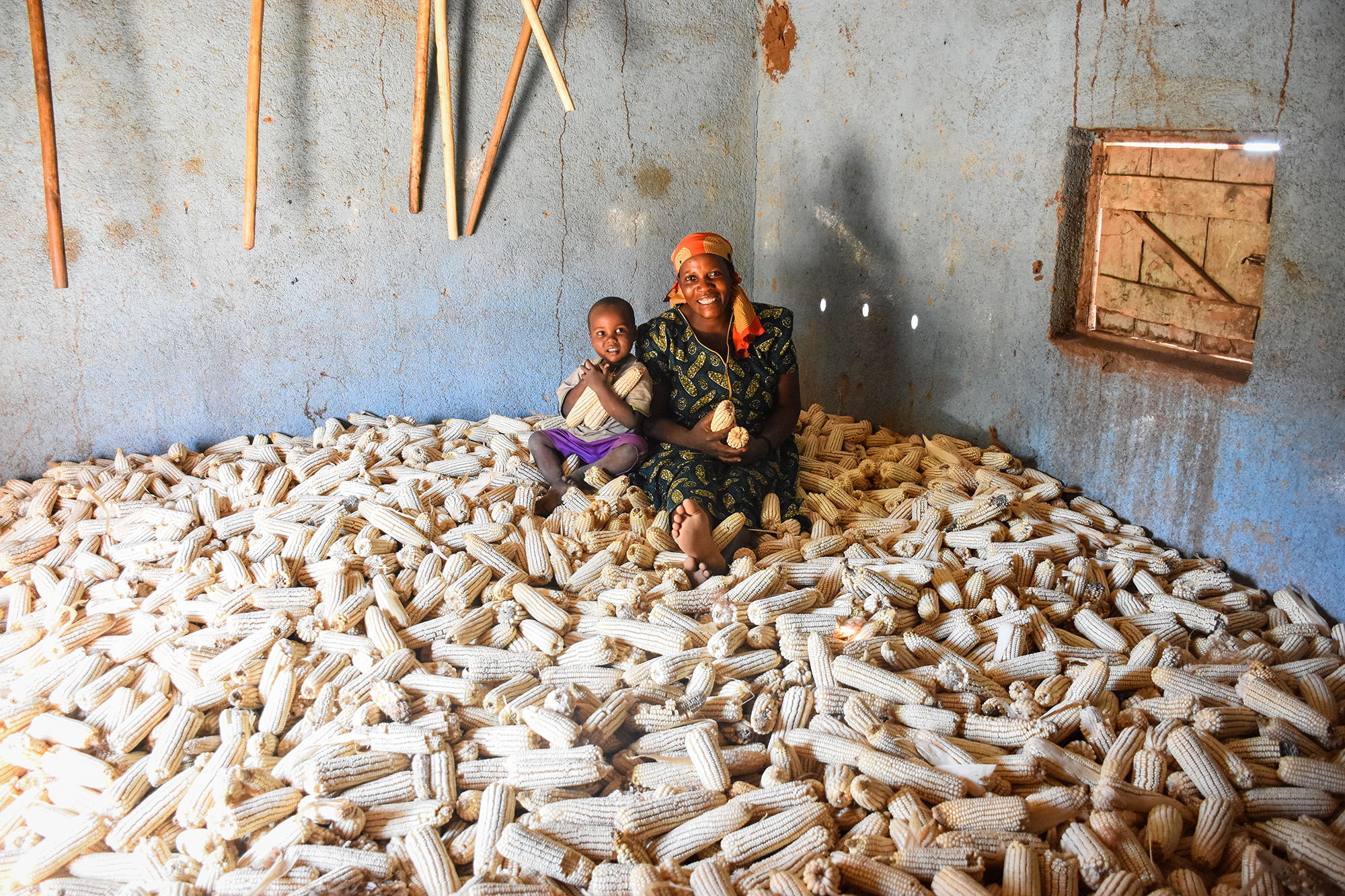 Blandina Herman of Tanzania sits with her granddaughter amid part of the maize she harvested in 2018. Before enrolling with One Acre Fund, she harvested seven bags a year. She now harvests more than double that. Photo: Courtesy of One Acre Fund

In 2018, TED launched The Audacious Project — a new model with the goal of changing the way that change is made. By surfacing big, bold, ambitious ideas with the possibility to change systems and affect millions of lives, and then bringing together groups of donors and the public to support them, the program is already having incredible impact. Read on for updates on the first Audacious projects and their progress last year.

Celebrating 11 sites for The Bail Project

Over the course of last year, The Bail Project opened sites in nine new locations beyond its initial two — with its latest in Spokane, Washington, and Indianapolis, Indiana. With local teams of bail disruptors at each of these sites working hard to make sure that each person bailed out has what they need to return it to court — and to ease back into their lives with dignity — the organization has freed 3,300 people, reuniting them with their families and restoring the presumption of innocence so they can make decisions about their cases from a place of freedom rather than desperation. But beyond that, founder Robin Steinberg has helmed a sea change, making more and more people recognize that cash bail creates a two-tier criminal justice system — one for the rich and one for everyone else — and sharing The Bail Project’s vision of a more equitable alternative. Check out The Bail Project on Dateline. In addition, listen to Robin’s in-depth conversation with TED curator Chris Anderson on The TED Interview, or watch her recent Q&A at TEDxKCWomen about how cash bail affects women specifically. 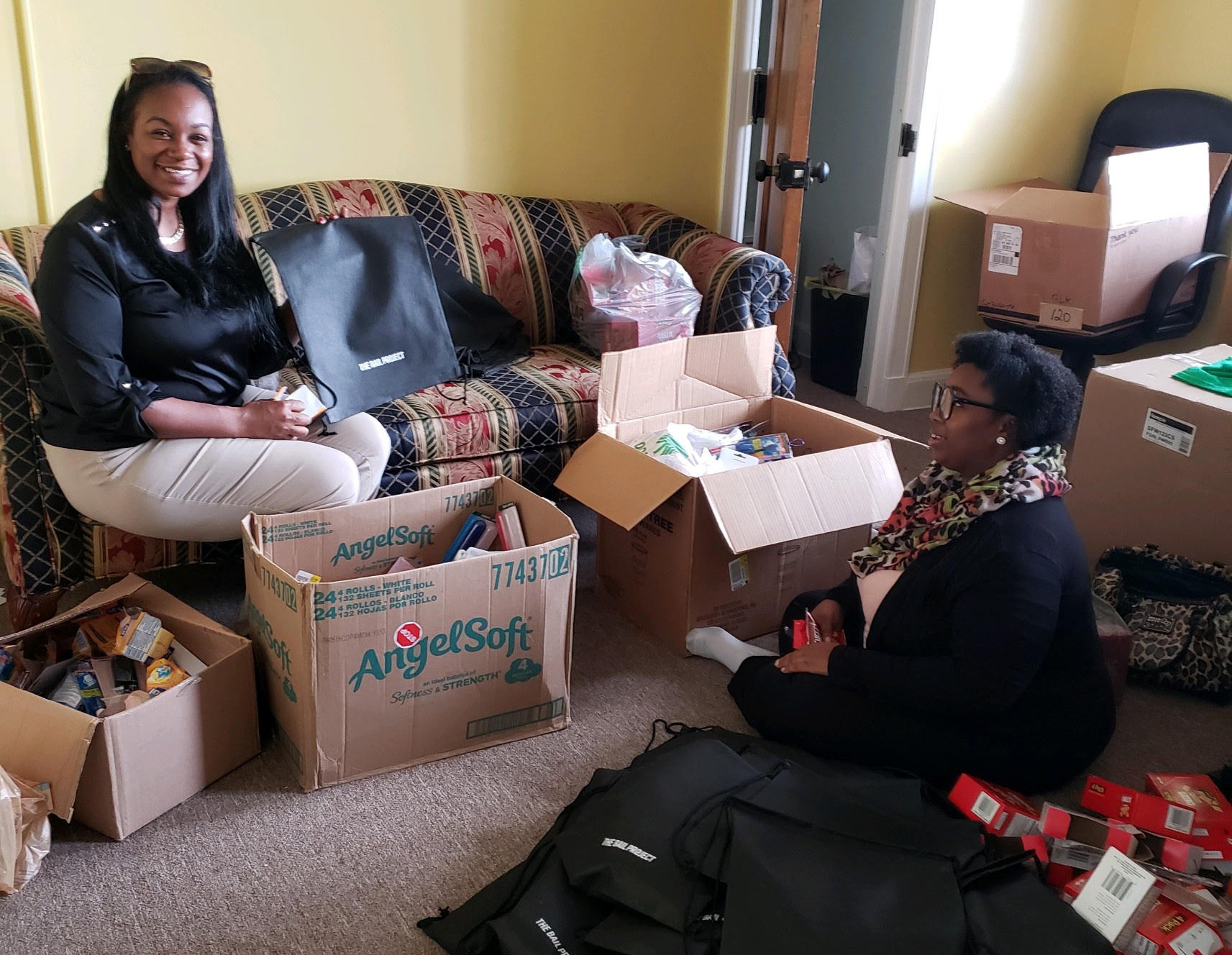 Bail Project volunteers in Louisville, Kentucky, put together care bags to send home with clients. They include water, snacks and basic toiletries. Photo: Courtesy of The Bail Fund

In the fall of 2018, a special report from climate experts across the globe stressed that, to avoid a crisis by 2040, humanity must take action now. MethaneSAT is poised to be a key player, and last year, EDF made big progress toward launching this satellite to map and measure global methane emissions. In addition to building their leadership team and validating the satellite’s design, they secured commitments from oil and gas companies to reduce their methane leaks. And since the start of this year, they’ve announced that two leading aerospace industry companies are now under competitive contract to refine the design and decide which will actually build MethaneSAT. 2018 was a year that brought a lot of attention to methane as a key environmental issue — California committed to reducing its methane emissions, and both Canada and Mexico issued ambitious regulations to limit emissions from oil and gas companies. Check out EDF’s 2018 year in review to see how MethaneSAT fits into the organization’s larger strategy and how it will enable even more action on this front, with a goal of reducing global methane emissions from the oil and gas industry 45% by 2025.

Sightsavers spent 2018 building on the momentum generated by the launch of The Audacious Project. In December, they announced their Accelerate Trachoma Elimination Programme, a now-$105 million fund dedicated to their idea of ending blinding trachoma, and they shared this news onstage at the Global Citizen Festival: Mandela 100. This new program is unprecedented in scope, and will help eliminate trachoma in at least 10 countries while speeding up progress in others. Read about it in The Chronicle of Philanthropy. And check out these inspiring stories from Sightsavers’ network: Caroline Harper’s account of how taking a midlife gap year helped her find her calling, and the story of ophthalmic nurse Givemore Mafukidze, who lives in northern Zimbabwe and carries out eye health screenings. 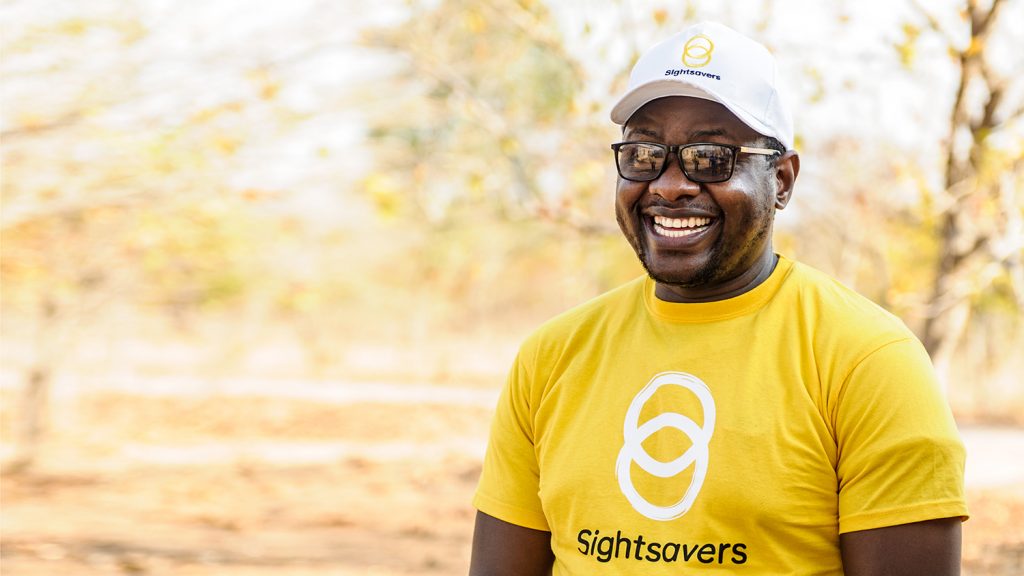 Givemore Mafukidze has been an ophthalmic nurse for a decade, and each day travels to villages in his district to give eye screenings. “It makes me very happy to see a child with trachoma being treated,” he says. Photo: Courtesy of Sightsavers

Toward the Summer of Selma

In 2018, T. Morgan Dixon and Vanessa Garrison of GirlTrek were named Game Changers by Women’s Health magazine, had The Root applaud them for their “literal movement for Black Women,” and were featured in a NowThis video that took more than 8 million viewers along the way for their 100-mile retracing of Harriet Tubman’s path of the Underground Railroad. In every month of last year’s walking season, GirlTrek registered more than 5,000 new trekkers. At the same time, the organization kicked off a 12-month, 50-city tour called the #RoadtoSelma, holding teach-ins across the US in anticipation of 2019’s Summer of Selma. The big event will be held in late May. It will begin with a trek along the historic 54-mile path from Selma to Montgomery taken by Civil Rights Movement leaders in 1965, and will end with a three-day festival — from May 24 to 27, 2019 — that promises to be the “Woodstock of Black Girl Healing.”

Woods Hole Oceanographic Institution (WHOI) kicked off its unprecedented exploration of the ocean’s twilight zone in 2018. Its first expedition launched a new vehicle, the Deep-See, and brought back more than 22 terabytes of data plus a haul of specimens and a wealth of new information from this largely unexplored part of the ocean. Check out The New York Times’ look at some of the most interesting findings. Meanwhile, a second expedition — NASA EXPORTS — is bringing new insights into the role that the twilight zone plays in Earth’s climate system by helping transport carbon from the ocean surface, where it can contribute to global warming, to long-term storage in the deep ocean. And WHOI has lots more planned for 2019. 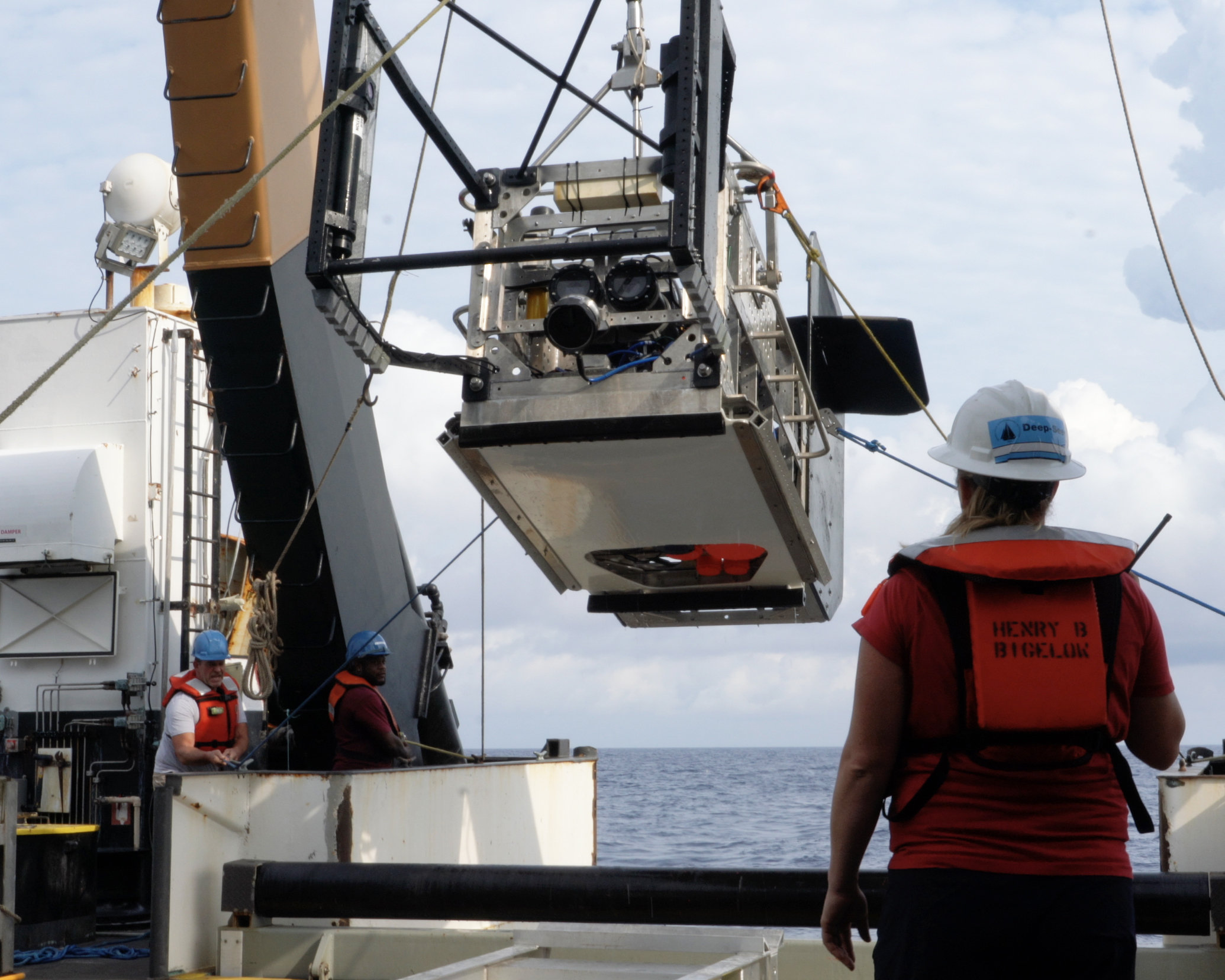 In 2018, One Acre Fund worked with more than 800,000 client families, helping them achieve food security and build better livelihoods. At the same time, they made it possible for smallholder farmers to adopt 200,000 solar lights and plant 15 million trees — a big win, as trees increase in value over time, require little labor, return vital nutrients to the land and sequester carbon. In addition, One Acre Fund was featured in Forbes and called a bottom-up model of development that works by South Africa’s IOL Business Report. At the heart of their efforts: technology that meets small-scale farmers where they are, enabling them to pay for services on mobile phones and receive receipts and advice via SMS. Read more about their approach on their blog.

At the close of 2018, Living Goods and Last Mile Health were on track to digitally empowered 14,000community health workers (CHWs) in East and West Africa, which would mean more than 7.6 million people reached. Together, their community health workers delivered close to a million lifesaving treatments for children and supported more than 200,000 women through pregnancies. In addition to securing a new partnership with Gavi, the Vaccine Alliance, to explore how CHWs can close the immunization gap in hard-to-reach areas across the globe, the two organizations also launched an advocacy campaign, called Communities at the Heart of Universal Health Coverage, that highlights the importance of investing in community heath programs to achieve universal health coverage. And in 2019, Last Mile Health will launch the first course of its Community Health Academy.