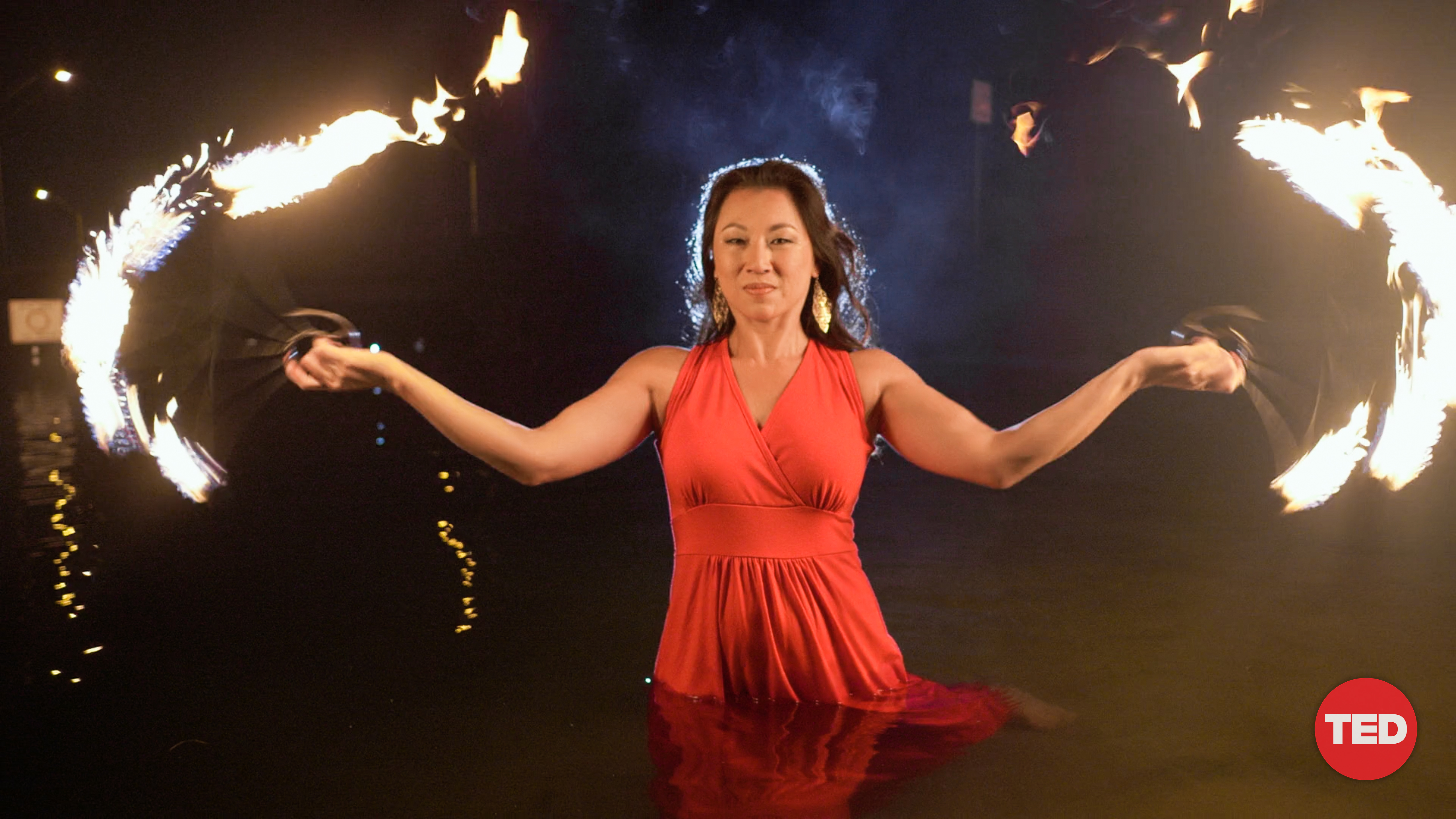 Danielle Torley, who unexpectedly became a fire dancer, demonstrates her mastery of the flames. She speaks at TED@PMI on September 25, 2020. (Photo courtesy of TED)

Everyone celebrates the thought leader. But thoughts alone won’t solve the world’s biggest challenges. In the face of disruptive change, TED and The Project Management Institute (PMI) have partnered to share the ideas behind awe-inspiring business projects, creative pursuits and innovative collaborations. Below, a recap of the six speakers who spoke at day one. (Check out the day two recap as well.)

Special offstage moments: A TED event goes beyond the talks. For the first day of TED@PMI, pre- and post-event virtual activities included coffee and cocktails (to delight people across time zones), a chakra-balancing sound bath, a speaker panel discussion and a dance party hosted by DJ Jenk Oz.

Big idea: Asking for help is a powerful and courageous thing to do.

Why? Kids do some things better than grown-ups, says YeYoon Kim. For instance: asking for help. This act of vulnerability is a gift, she says: not only do you show your trust in another person, but you also give them the opportunity to experience the joy that comes from helping. Kim found out the hard way that, even as adults, it’s important to reach out to loved ones for help. During one of the most difficult periods in her life, Kim wasn’t able to open herself up to receiving care until a friend actively stepped in to support her. Now, she recognizes the courage that lies in seeking help — and encourages the rest of us to start asking for it more often.

Quote of the talk: “Being asked for help is a privilege: a gift for you to do something for someone.”

Big idea: Crying isn’t necessarily a ringing alarm bell — it’s a way of fully experiencing your emotions, and it can bring you closer to your family, your significant other and yourself.

How? As a childbirth educator and mother of four, Kathy Mendias understands the deep emotional changes that pregnancy can spark for the pregnant person — and for those supporting the pregnant person. With those emotional peaks and valleys often come tears, which Mendias encourages to let flow freely. Tears can contain high concentrations of stress hormones and endorphins, so crying can strengthen the bond between your body and mind, she explains. Crying isn’t something to be afraid or ashamed of, she says: it’s a natural expression of your emotional landscape, a soothing physical release of joy, grief, love, anxiety or any other combination of feelings. Mendias believes that we all need to have a healthier relationship with our tears.

Quote of the talk: “Crying offers us an opportunity for physical relief, for intimacy between two individuals, and ultimately, it promotes physical and mental well-being. Crying is a natural functionality of our amazing bodies.” 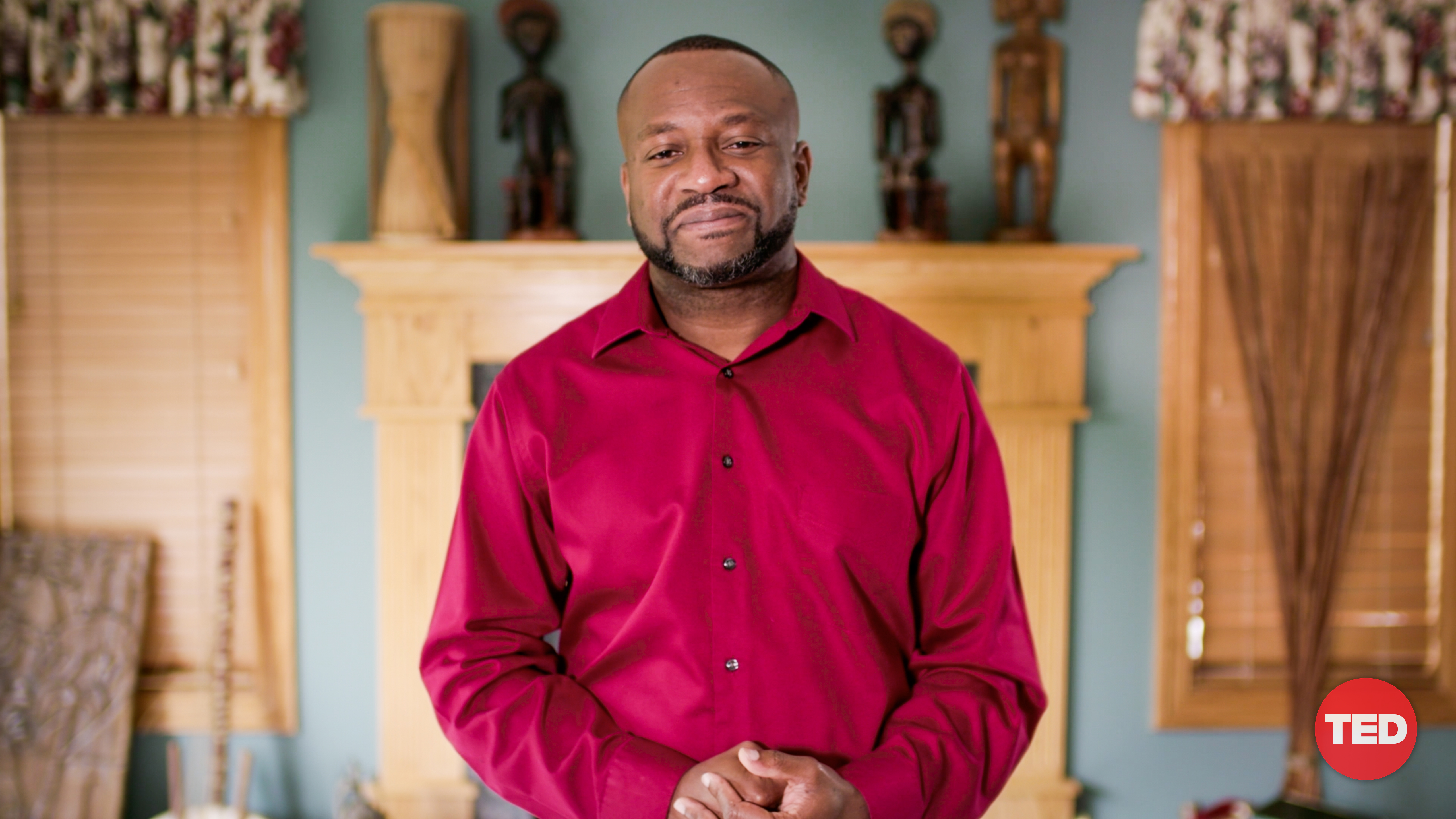 “All of our children deserve protection and help. Staying silent doesn’t make this better,” says community activist Wale Elegbede. He speaks at TED@PMI on September 25, 2020. (Photo courtesy of TED)

Big idea: Stop seeing discrimination as “their” problem. It’s our problem — and we all have a role to play in stopping it.

Why? “I’m an American Muslim of Nigerian descent and, growing up, my parents instilled in me the importance of community and serving others,” says Wale Elegbede. In his household, caring for the entire community was a given: his mother provided meals not just for their family but to other children in the neighborhood who needed to eat as well. Elegbede still lives by this community-care approach, and he sees it as a key facet to ending discrimination. He reflects on how, after the attacks of 9/11, his family was traumatized alongside countless others — and how they faced microaggressions and Islamophobia to the point that they considered leaving their adopted homeland. But Elegbede decided to stay and try to bridge these religious and racial divides, helping bring together a diverse group of people (spanning religions, races and ages) in his community. He shows us how a mentality of caring for your community, and making their problems your problems, can make life better for everyone.

Quote of the talk: “All of our children deserve protection and help, and staying silent doesn’t make this better. So let’s make our community and world a better place by making standing up to discrimination and hate everyone’s business.”

Big idea: To end racism, we must change how we see each other.

How? Since she was a child, Mounina Tounkara’s grandmother instilled in her the African philosophy of ubuntu: a perspective of interconnectedness — which, while natural at home, was a foreign concept elsewhere. Tounkara recounts her experiences finding a whole new world of racism and discrimination while pursuing education abroad, and how the experience changed the trajectory of her life. To eradicate the cruel and unforgiving ways people treat one another based on their origins or appearance, she suggests adopting the teachings of ubuntu in three steps: learning to be empathetic; believing in our capacity for change; and rethinking justice to be restorative.

Quote of the talk: “If the lifestyle of ubuntu is practiced all over the world, humanity will be the great winner — and that means you.” 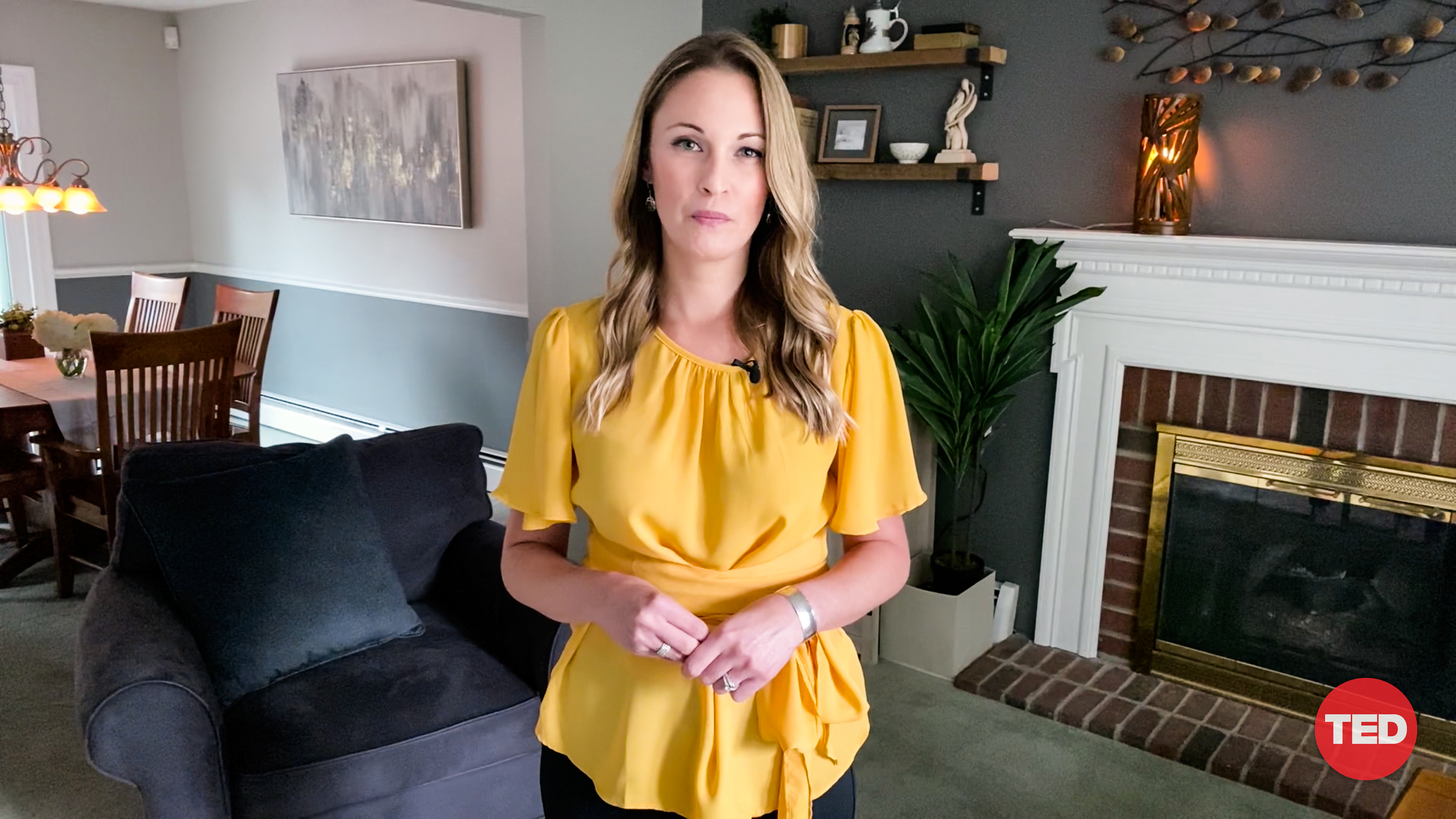 Big idea: By fostering open conversations without shame or judgement, we can better inform and protect our children from sexual violence.

How? For years, Kristin Jones lived in fear and shame over the sexual abuse she experienced in her teens; she says that the shame associated with sexual abuse can silence victims and stop them from seeking help. Now, as a mother, Jones shares key insights on how to educate children on the reality of sexual violence without shaming or blaming victims. Instead of relying on phrases like “Just say no,” or implying that it’s their responsibility not to “become a victim,” Jones says it’s vital to emphasize to children that sexual abuse, in any form, is never the victim’s fault, and that they can always ask for help. Sexual abuse is a devastating reality, and it’s terrifying for parents to imagine not being able to protect their children. By nurturing open conversations about abuse, parents can provide children with the environment, knowledge and support to reach out for help, if they ever need to.

Quote of the talk: “I make sure my children know that strength doesn’t mean facing challenges or dark feelings alone. In fact, there’s strength in numbers and strength in asking for help … I want my kids to know that courageous, strong people ask for help.”

Big idea: There is hope for healing after experiencing grief, trauma or hardship.

How? After losing her mother in a house fire when she was just six years old, Danielle Torley saw two paths before her: a life full of fear, or one that promised recovery and new potential. While backpacking through Central America years after that harrowing night, a fellow traveler introduced her to the art of fire dancing, and she was instantly captivated. Despite her past trauma with fire, she was inexplicably drawn to this unique art form that allowed her to flow with the flames. Making a conscious decision to choose the path of healing, she began to practice her own form of exposure therapy — learning to master the flames and transforming her grief into beauty.

Quote of the talk: “When I learned to dance with fire, I learned to reconcile the traumatic part of my life with the totality of my life as it was still unfolding. Fire became more than just trauma, but beauty and art as well.” 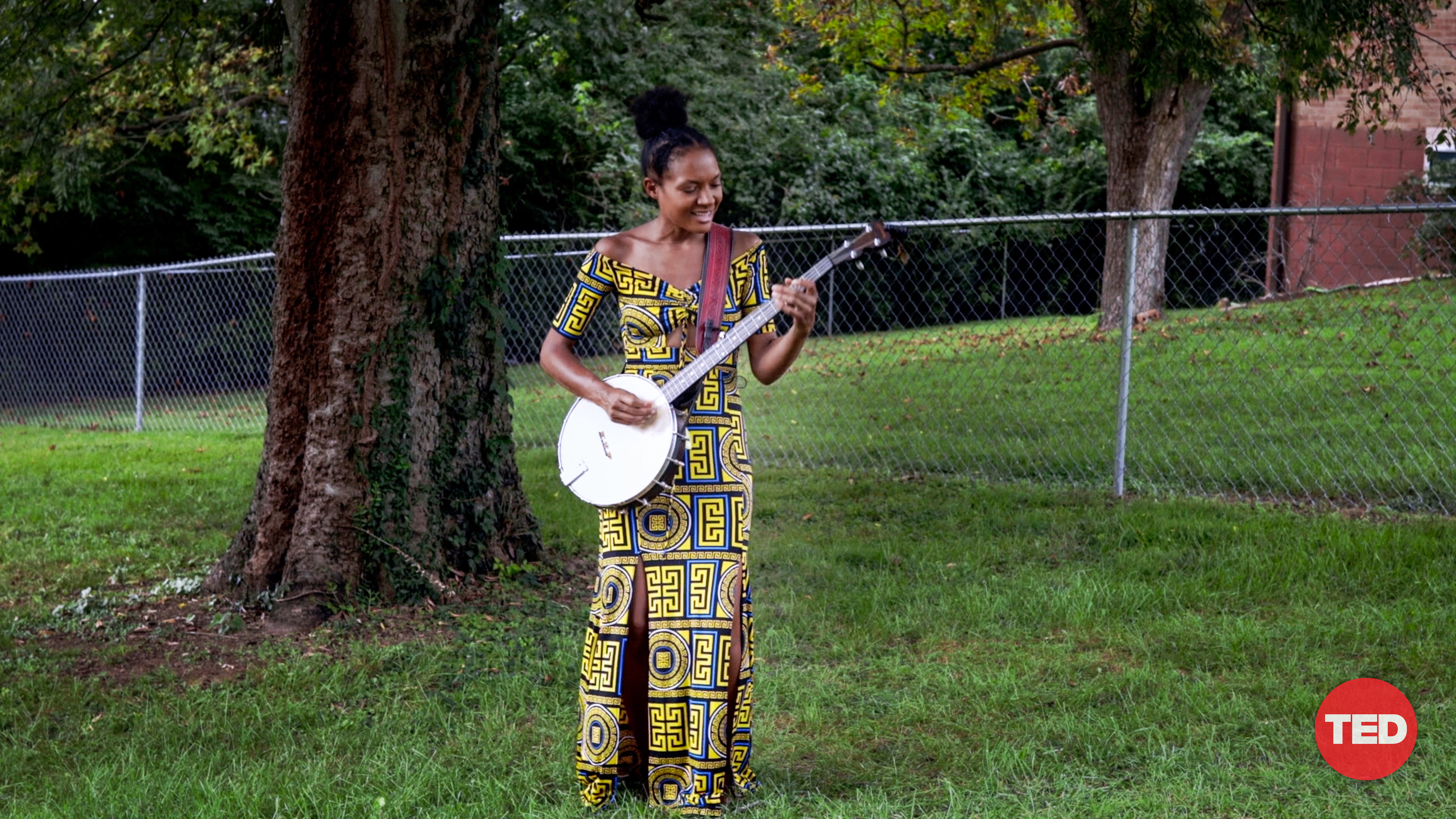