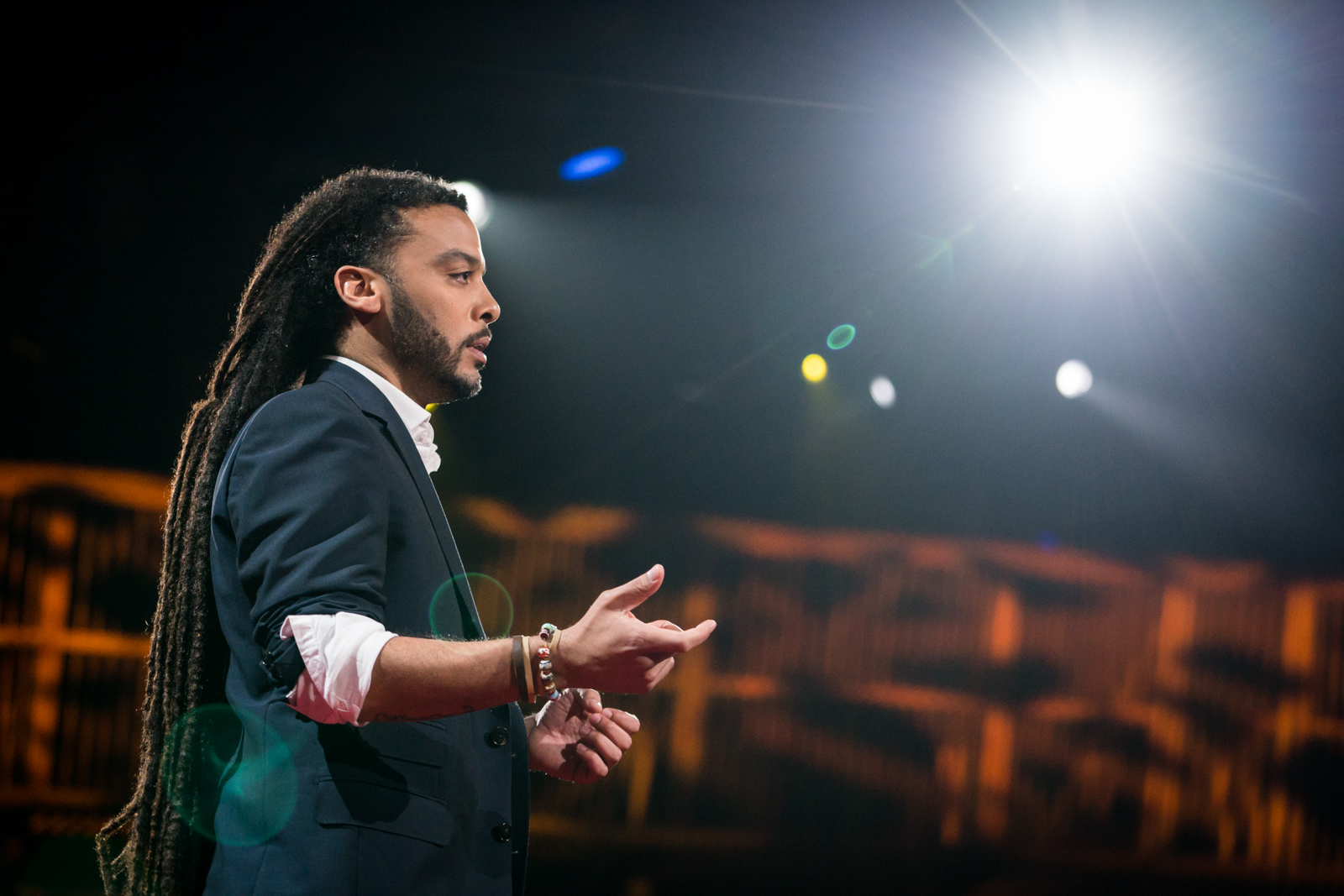 Adam Foss, assistant DA in Suffolk Count, Massachusetts, imagines a system that helps young offenders stay out of prison — and instead helps them on a path to a productive life. He spoke onstage at TED2016 on Thursday, February 1, 2016. Photo: Bret Hartman / TED

Adam Foss asks for a show of hands: who in their late teens or early 20s shoplifted, tried an illegal drug, got in a fight or drank alcohol before they were of age? A lot of hands pop up around the theater.

“How many of you think you’re a danger to society and think you should be defined by those actions of youthful indiscretion?” he asks.

Foss is the assistant district attorney in Suffolk County, Massachusetts. He actually never imagined becoming being a public servant – he went to law school to make money. But on the first day of an internship, everything changed. He was fascinated by all the people pleading “not guilty,” and felt compelled by their stories. “The people waiting for their cases to get called were black or brown,” he says. “The lawyers, judges and prosecutors making life-changing decisions on these cases were overwhelmingly white.” The power dynamic made him want to be a prosecutor.

“When we talk about criminal justice reform, we complain about three things: police, sentence laws, prison,” he says. “We rarely, if ever, talk about the prosecutor.”

He tells us a story of a case that crossed his desk in 2009. Christopher was 18, African American and had been arrested in Boston. He had his sights set on college, but had made the bad decision to steal 30 laptops from the Best Buy where he worked part-time and sold them online. He faced 30 charges of felony larceny. Jail time scared him, but Foss felt even more concerned about how a criminal record would affect his life.

“For the most part, prosecutors step on the job with little appreciation of the impact of our decisions, regardless of our intent,” he says. “Prosecutors aren’t really incentivized to be creative. … We stick to an outdated method that is counterproductive to achieving the goal that we all want, which is safer communities.”

Many prosecutors would have arraigned Christopher. But Foss realized that if he did that, Christopher would always have trouble finding work and housing, “setting in motion the cycle that defines the criminal justice system today.”

Foss had a choice: he could prosecute Christopher for 30 felonies, one felony, or a misdemeanor. “Prosecutors are the most powerful actors in the criminal justice system. Our power is virtually boundless,” says Foss. “The decision to arraign Christopher was exclusively mine.”

“These are decisions that prosecutors make every day, unfettered, and we are unaware and untrained of the grave consequences of those decisions,” says Foss.

Recently, Foss was approached by a young man at an event. This man hugged him and said, “You cared about me and you changed my life.” It was Christopher. Foss hadn’t arraigned him – instead, he worked with him to get 75% of the computers back, and made a payment plan for him to repay the store for the rest. Christopher also had to do community service, and write essays on the impact of his crime. He had gotten a scholarship and gone to college. He’d become the manager of a bank in Boston. (“He makes more money than me now,” Foss says.)

“I can’t take credit for his success, but I certainly did my part in keeping him on the right path,” says Foss.

The point isn’t just Christopher. It’s the fact that there are thousands of people like him who made big mistakes, but deserve to have the chance to transcend them. But Christopher’s case taught Foss a lot.

“I learned the power of the prosecutor to change lives instead of ruin them,” he says.