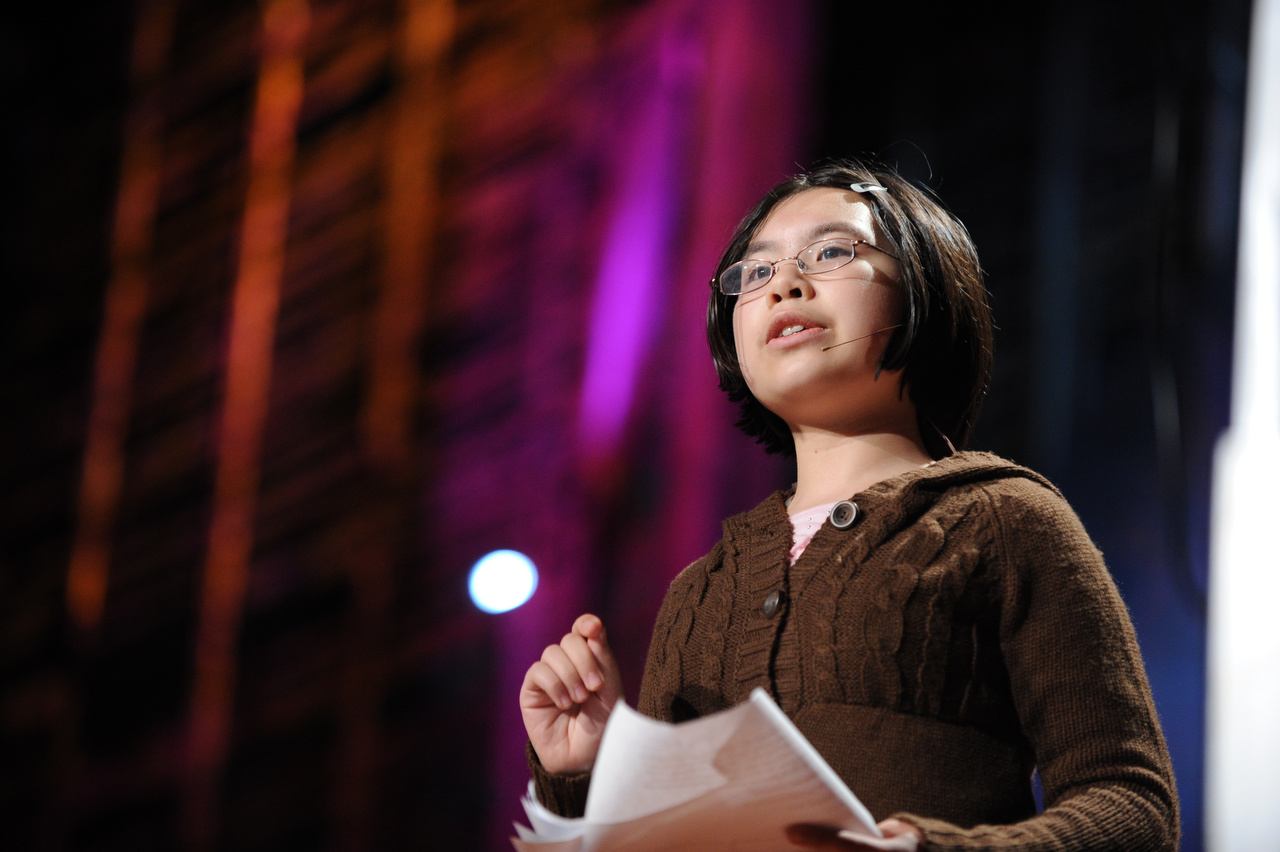 “We kids still dream about perfection. That’s a good thing, because in order to make anything a reality, you have to dream about it first,” said Adora Svitak on the TED stage in 2010, when she was 12. She’s now a TED-Ed intern, and wishes she’d had TED-Ed Clubs in high school to help her bat around ideas. Photo: James Duncan Davidson/TED

If you watch my TED Talk from 2010, you might see a confident 12-year-old, cracking jokes and striding around the stage in glasses that keep sliding down her nose. You won’t see me going home and crying, or starting every page in my journal with four words: “I feel sad today.”

I divided my life into two parts: my tear-stained journal versus my well-practiced speeches. A space to be vulnerable with others, for the larger purpose of sharing ideas? I didn’t have that in my high school.

When I was 12, TED-Ed Clubs didn’t exist — but today they provide students with a place to bat around ideas without judgment. Through a series of 13 meetings, TED-Ed Clubs support students in writing and giving short, TED-style talks. TED-Ed Clubs teach students presentation literacy — whether public speaking is something that comes naturally or outside their comfort zone.

If you asked me or my friends to sum up our high school experience in a word, we might have said “competitive.” While parents peered hawk-eyed at transcripts, students pulled all-nighters and posted on Facebook about acceptances to Ivy League colleges. In discussions in high school, there was a finite amount of time and thus a finite number of “points” to be earned for speaking up. This setup led to a desperate crush of raised hands among those who wanted A’s — and a silent half of the room, filled with kids who had given up on speaking up. We learned to write about “safe” topics in our essays and college applications, because the cost of taking risks seemed too high. In clubs like Model UN and Speech & Debate, we always tried to win — to beat somebody else.

TED-Ed Clubs aren’t about that. By exposing members to great talks on subjects of deep personal relevance, TED-Ed Clubs shine a light on old problems that need fresh perspectives. They create a strong, supportive community of students around the world, and truly celebrate student’s ideas. 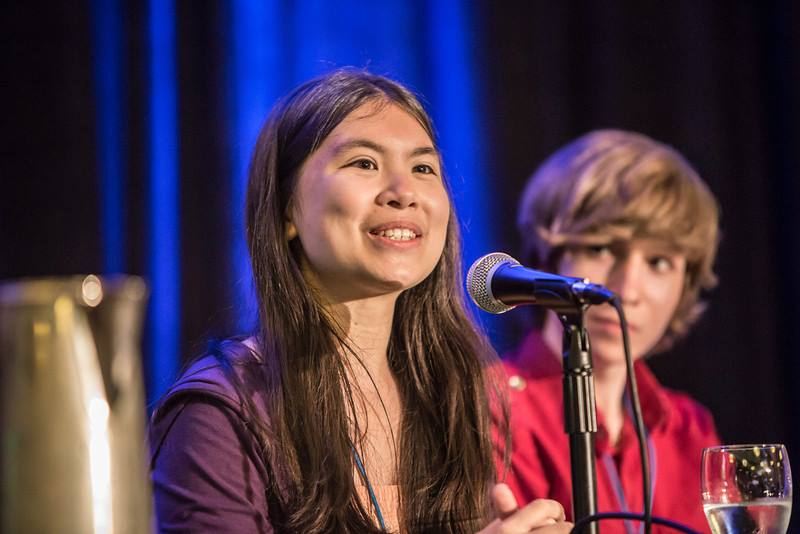 Once a TED speaker, Adora Svitak is now a TED-Ed intern. As she watches TED-Ed Clubs talks, she feels a lot of empathy for students dealing with sadness, bullying and the weight of competition. Photo: Courtesy of Adora Svitak

As a TED-Ed summer intern, I’ve watched TED-Ed Club talks on everything from human-animal grafting to bullying. There’s a glimmer of recognition when I watch some of these videos. Whenever a student chooses to reveal a hidden part of themselves, I’m reminded of a moment at 15 when I finally chose to speak up about the two years of sadness chronicled in my journal. In the days, hours and minutes leading up to this talk, I found myself plagued with self-doubt. I considered backing out and giving a “safer” speech. But I realized that this was the talk I needed to give. It marked the first time I hugged a friend for moral support before darting on-stage, the first time I was scared to look into audience members’ faces as I spoke, the first time I cried because of a standing ovation.

Sometimes it’s easy to discount the value of a story. I was recently asked in an interview, “What achievement are you most proud of?”

I stumbled for a second as I tried to answer. I briefly wondered: is giving a talk really an achievement? But then I remembered Massachusetts Governor Deval Patrick’s famous “Just Words” speech during his election campaign. He said in response to an opponent:

It took me years, both of speaking and of silence, to realize that the worth of my talks didn’t come from some line item on my resumé or flashy slides, but from the authenticity of my story. Start or join a TED-Ed Club, and you won’t have your achievements memorialized with plaques or monetary rewards. But you will most definitely get, and give, “just words” — the kinds of words that bare your soul and earn you unconditional acceptance from your audience. The kinds of words that give you the power to change someone’s mind, introduce a new idea and affect their life, as subtly as flowing water shapes stones.

Shouldn’t every teenager have that experience?

More than 10,000 students are now sharing their ideas in TED-Ed Clubs. Interested in starting one at your school? Find out more »