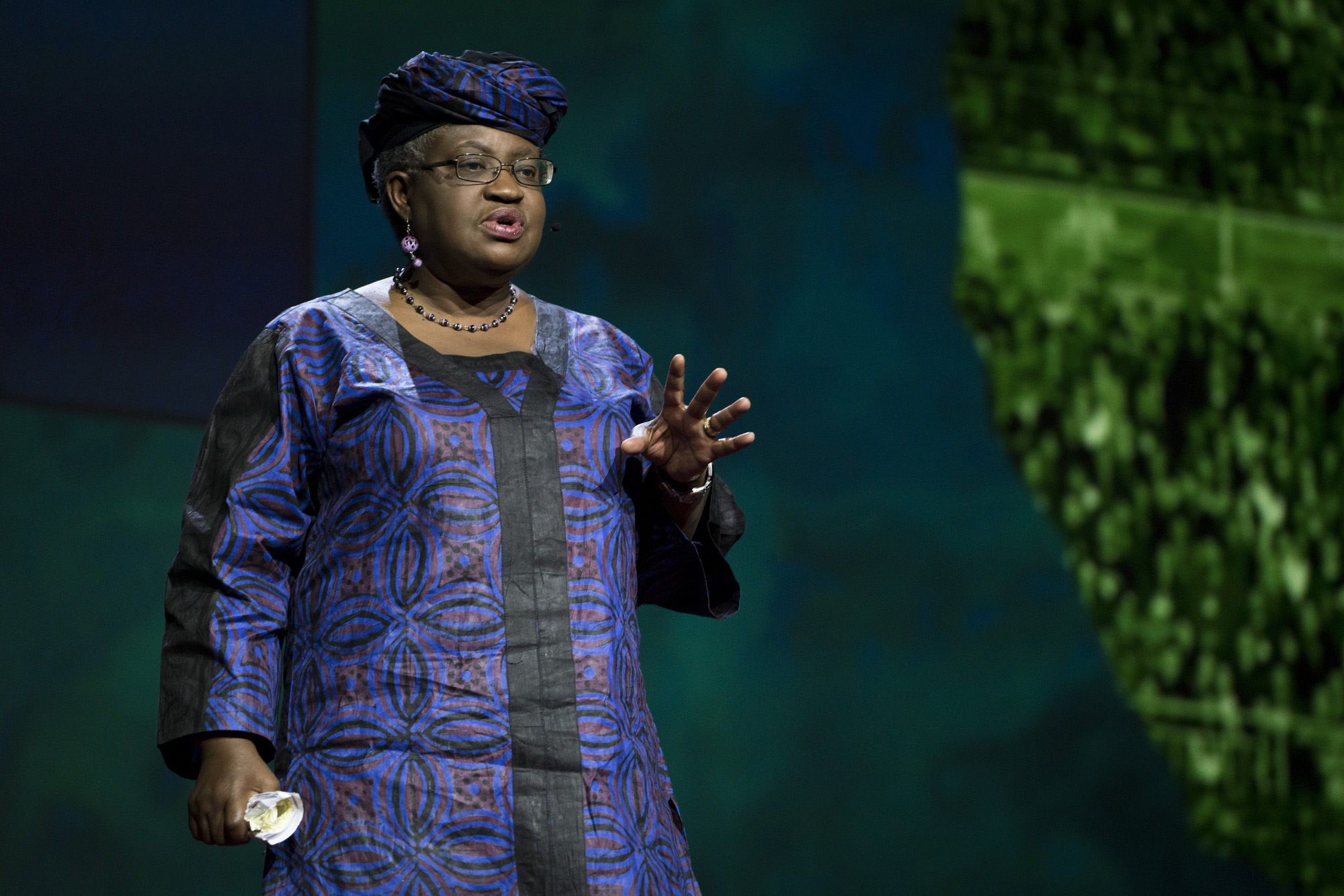 Across Africa, the rocketship growth of the late 2000s has slowed — but it’s not over, says Ngozi Okonjo-Iweala. She lays out a plan to get back on track. Photo by Bret Hartman/TED.

Many nations of Africa have suffered so many misfortunes for so long — poverty, diseases, famines, wars — that it sounds refreshing and even strange to hear someone talk about the day Africa won’t need aid from other countries. Other cultures around the world have been so conditioned to photos of displaced or malnourished Africans that the proposition of a self-reliant Africa sounds almost unreal.

But when that person making the proposition is the well-known economist (and two-term Finance Minister of Nigeria) Ngozi Okonjo-Iweala, you know that this is no idle speculation. Refreshingly candid and straightforward, she envisions a day not too far off that the nations of Africa will be able to stabilize their governments, economies and natural resources to ensure the kind of long, peaceful continuums that are so crucial to productive human endeavour, happiness and progress. As an example of positive movement, Okonjo-Iweala points to the special insurance agency, African Risk Capacity, created by a coalition of 32 African nations dedicated to helping nations through weather-based emergencies like droughts and flood so they don’t have to ask for outside aid.

“These are the kind of stories of an Africa ready to take responsibility for itself and look for solutions for its own problems,” she says.

At the same time, Okonjo-Iweala recognizes that it won’t be easy. After she enumerates the things Africa has done right — managing economies and environments better, keeping debt levels lower, immunizing and eduction children better, deploying technology wider, decreasing conflicts  — she ticks off a list of what Africa has done wrong. They include: not creating enough jobs for young people, not creating high-quality jobs, allowing income inequality to increase, allowing the number of people in poverty to increase, not investing in infrastructure, not trading between African countries enough, and not battling corruption enough.

Even so, Okonjo-Iweala’s optimism is undimmed — as is her strong desire for Africa to achieve its goals as much by self-reliance as possible. Corrupt enemies of her efforts in even went so far as to kidnap her mother. “In our countries, nobody is going to fight corruption for us but us,” says Okonjo-Iweala. “The rise of Africa narrative is not a fluke, it’s a trend. If we can unleash the power of our youth, our women — the trend is clear, Africa will continue to rise.”