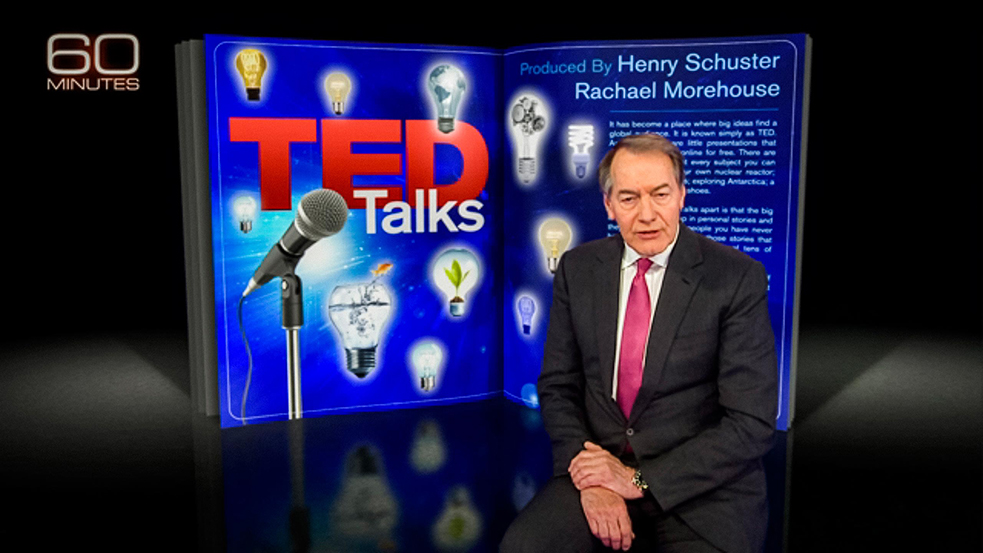 Charlie Rose introduces the segment “TED Talks” on 60 Minutes on April 19. The segment contained clips of some 50 TED Talks. Watch them all below.

In 2015, 60 Minutes aired a story called “When TED talks, people listen,” to show what happens when TED Talks are shared across the world. The segment focuses on a few key speakers, including Bryan Stevenson, Maysoon Zayid, Amy Cuddy and Monica Lewinsky, and you can watch a playlist of highlighted TED Talks here. But many of you said: You want to watch all the talks that appeared in it, even for an edited split-second. Below, a list of all the talks in the segment, in chronological order:

As for the moments shown in the segment from TED’s early conferences and from our 2015 auditions in New York, most of that footage is not yet online. But enjoy this selection that is: