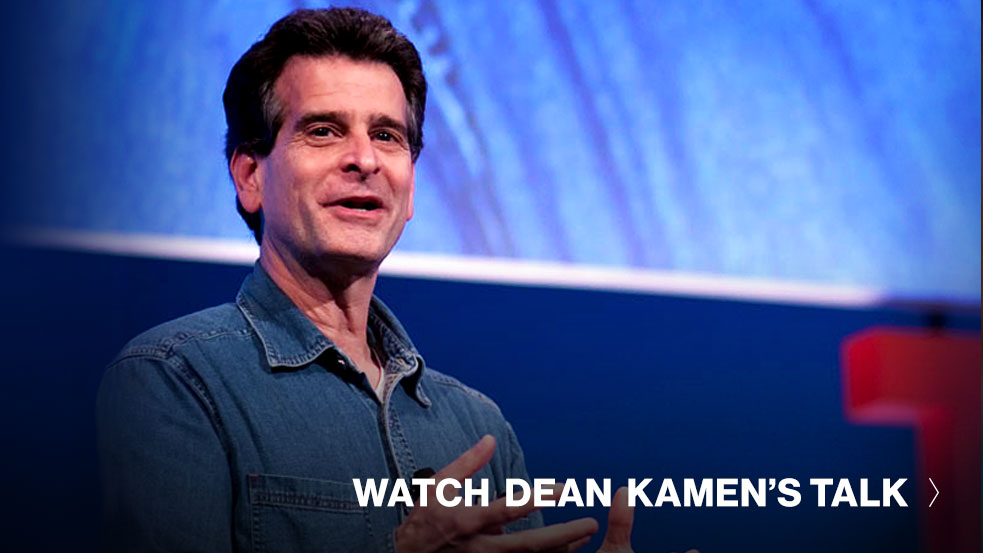 A major upgrade for prosthetics. After nearly a decade in development, Dean Kamen’s prosthetic arm is finally nearing its commercial launch two years after its approval by the FDA. Developed for wounded soldiers at the behest of the United States Department of Defense, the LUKE arm (named for Luke Skywalker’s own prosthetic) is a major advancement for a device that has remained more or less unchanged since the Civil War. Using electrodes, LUKE picks up electrical signals from the user’s muscles, making it much more intuitive than traditional prosthetics, and it also offers wearers greater strength, dexterity, and flexibility. While the commercial launch is set for late 2016 through Mobius Bionics, a medical device company focused on advanced bionics, the cost has not yet been announced. (Watch Dean’s TED Talk)

An underground haven. Seven years ago, over copious amounts of wine, Dan Barasch and James Ramsey hatched an unheard-of plan: an underground park. Nicknamed the Lowline after sister greenspace the Highline–a name that eventually stuck–the park planned to repurpose a deserted trolley terminal and serve as a place of respite and greenery in the heart of one of New York City’s busiest neighborhoods. While the idea captured the imagination (and donations) of the public, with visitors flocking to a proof-of-concept exhibit, the project had not received official approval from the city — until now. On July 14, the city provisionally approved use of the space, requiring that the project raise a cool $10 million and submit plans within the next 12 months. (Watch Dan’s TED Talk)

Service for trust. “It is clear to me that you don’t have to wear a military uniform to serve your country,” writes Stanley McChrystal, chair of the Service Year Alliance and former commander of US and international forces in Afghanistan, in The Atlantic. McChrystal proposes that service may be at the heart of restoring trust in a country where it has reached its lowest levels in generations. At a time when “tensions and violence in cities across America are reminders of how quickly communities can erupt with an absence of social trust,” he believes that a service year would help reestablish political and civic responsibility while bringing together Americans of all backgrounds to learn to work together as a team. (Watch Stanley’s TED Talk)

A multidisciplinary search for extraterrestrial life. Nathalie Cabrol, director of the Carl Sagan Center for Research at the SETI Institute, proposed a broader approach to the search for extraterrestrial life in a paper published in Astrobiology on July 7. “To find ET, we must open our minds beyond a deeply rooted, Earth-centric perspective, expand our research methods and deploy new tools,” she writes. To push us beyond our anthropocentric vision of extraterrestrial life, she promotes the establishment of a Virtual Institute that will engage the global scientific community. SETI will be exploring resources for the Virtual Institute over the coming months. (Watch Nathalie’s TED Talk)

Women helping women. Sheryl Sandberg’s talk at TEDWomen 2011 launched the Lean In movement, and her latest initiative takes that original vision a step further.  Together Women Can encourages women to help each other succeed by mentoring and becoming allies with their female colleagues, a mission that runs contrary to popular myth but perhaps not reality. In an op-ed for The New York Times, coauthored by fellow TED speaker Adam Grant, Sandberg takes on the myth of the catty woman. (Watch Sheryl’s and Adam’s TED Talks)

Go ahead, take a break. It’s easy to feel guilty about taking a vacation, but it’s much more than a luxury or indulgence, it’s a necessity. In the Harvard Business Review, Shawn Achor and Michelle Gielan make the data-driven case for taking a vacation using their own research and results from a new study by Project: Time Off. Take note: the duo found that if you plan ahead, create social connections on the trip, go far from your place of work, and feel safe, “94% of vacations have a good ROI in terms of your energy and outlook upon returning to work.” (Watch Shawn’s TED Talk)

The flip side of art. Vik Muniz’s latest exhibition takes a look at a hidden side of famous artworks: their backs. Over 15 years and with a team of specialists by his side, Muniz has traveled widely to photograph the backsides of masterworks and carefully re-create them. “The back of the painting is a bit like the artist’s studio,” he says, “It’s a little dirty, it’s a little bit deceiving, but it also gives you a sense of intimacy.” (Watch Vik’s TED Talk)

Snapchat for women’s education. As the latest guest on The Late Late Show’s Carpool Karaoke sketch, Michelle Obama and host James Corden talk about her Let Girls Learn initiative in between raucous bouts of singing to Stevie Wonder, Beyoncé, and Missy Elliott. Let Girls Learn is focused on helping the 62 million girls around the world who are not in school for a variety of reasons surmount physical, cultural and financial barriers to receive an education. On the show, the First Lady announced her upcoming trip to Liberia, Morocco and Spain for the initiative, inviting viewers to follow along on her recently created Snapchat account. (Watch Michelle’s TED Talk)

An agile new drone. Raffaello D’Andrea mesmerized crowds at TED2016 with a live demo of drones circling the audience in a dazzling light show. On July 22, his team released a demo on Youtube for their IDSC tail-sitter. Combining efficient forward flight with hover capabilities, the IDSC tail-sitter is capable of agile movement while remaining robust. (Watch Raffaello’s TED Talk)