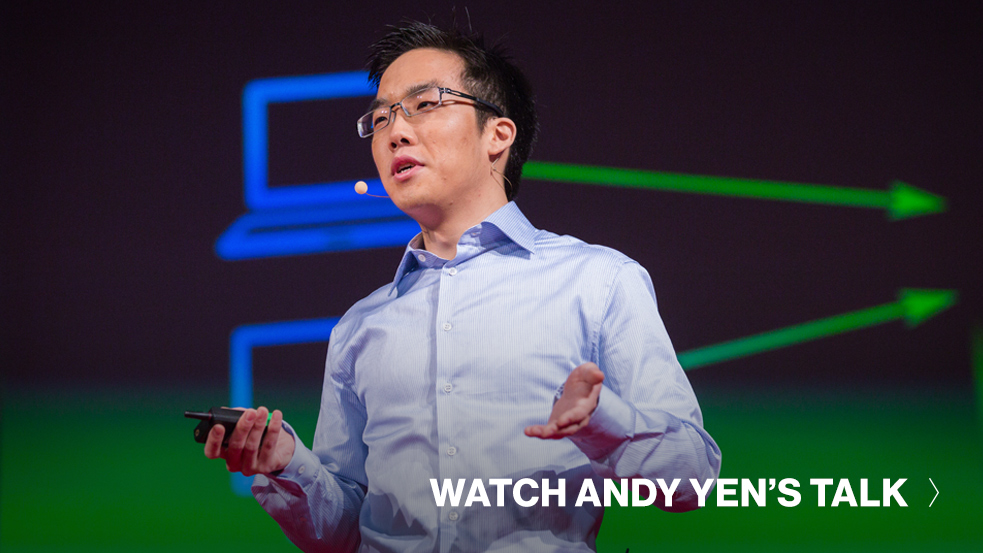 An app for safer email.  On March 17, Andy Yen’s company ProtonMail publicly released their mobile app for making secure email accessible, after almost two years of private beta testing. The app is available for iOS and Android. ProtonMail outlined its mission: defend the right to privacy and “put the decision into the hands of the people and not governments.” (Watch Andy’s TED Talk)

A humble lesson in political reporting. As the American election season moved from campaign launches to Super Tuesday primaries, David Brooks admits that he did not take Donald Trump’s candidacy seriously, thinking that it would fizzle out. In his latest op-ed for The New York Times, he apologizes for not paying attention to the very real everyday struggles of his supporters, “ Trump voters are a coalition of the dispossessed. They have suffered lost jobs, lost wages, lost dreams.” This, Brooks says, will change how he reports going forward, even if he doesn’t agree with particular views and opinions. “For me, it’s a lesson that I have to change the way I do my job if I’m going to report accurately on this country”. (Watch David’s TED Talk)

3D print with molten liquid.  Add glass to the list of things you can print, along with kidneys, bones, sneakers, and artificial limbs. And even by designer and architect Neri Oxman’s standards — she once created a silk pavilion spun by worms and robots —  the results of her “viscous sewing machine” are mesmerizing.  The 3D printer, a collaboration with Oxman’s colleague Pierre-Thomas Brun and the MIT Glass Lab, includes a kiln-like section to melt the glass, while advances in fluid dynamics allow the designers to print loops and other patterns.  (Watch Neri’s TED Talk.)

A work of art in “Garbage City.” eL Seed unveiled “Perception,” a new work in Cairo’s Manshiyat Naser neighborhood. This staggering, 50-building mural is set inside a region called “Garbage City,” whose residents make a living by collecting and recycling almost 9,000 tons of trash per day. Through his art, eL Seed hopes to change the perception of what’s seen as a filthy, unimportant place, he says: “I am questioning the level of judgment and misconception society can unconsciously have upon a community based on their differences.” (Watch eL Seed’s TED Talk and watch this playlist of talks on street art)

Lies vs. bullshit. What’s harder to spot: bullshit or a flat-out lie? According to Michael Shermer in a Scientific American article, lying requires a knowledge of the truth, while bullshitting  is just “saying something that sounds profound but may be nonsense,” whether you know the truth or not. Combing through some of the best pseudo-profound quotes and research studies done on the art of BS, he sheds light on language, the truth (or lack thereof) and the intricacies of motivation. (Watch Michael’s TED Talk)

What do engineering and mammalian penises have in common?  Diane Kelly, an anatomist who studies the mammalian penis, and Saul Griffith, an avid inventor of new devices and materials like low-cost eyeglass lenses and “smart” rope, are an unlikely pair. Read about the surprising overlap in their work in this Atlantic piece. (Watch Diane’s TED Talk and Saul’s TED Talk.)

A family history of mental health. In The New Yorker, Siddhartha Mukherjee chronicles a visit to Calcutta, where he faced his cousin Moni’s battle with schizophrenia — and his father’s struggle to accept their family history of mental illness. Weaving together decades of genetic and psychiatric research with childhood memories of family life, Mukherjee uncovers surprising insights on the relationship between genetics and mental illness. (Watch Siddhartha’s  TED Talk)

Art and spirituality in Brazil.  With pieces like The Artist Is Present, where she sat for hours each day staring into the eyes of strangers sitting across from her, Marina Abramovic has captivated audiences with austere and powerful performances.  Her latest, the documentary The Space in Between, follows the performance artist on a spiritual journey through Brazil.  As she meets healers and sages, Abramovic explores the relationship between art and spirituality, performance and ritual.  (Watch Marina’s TED Talk)