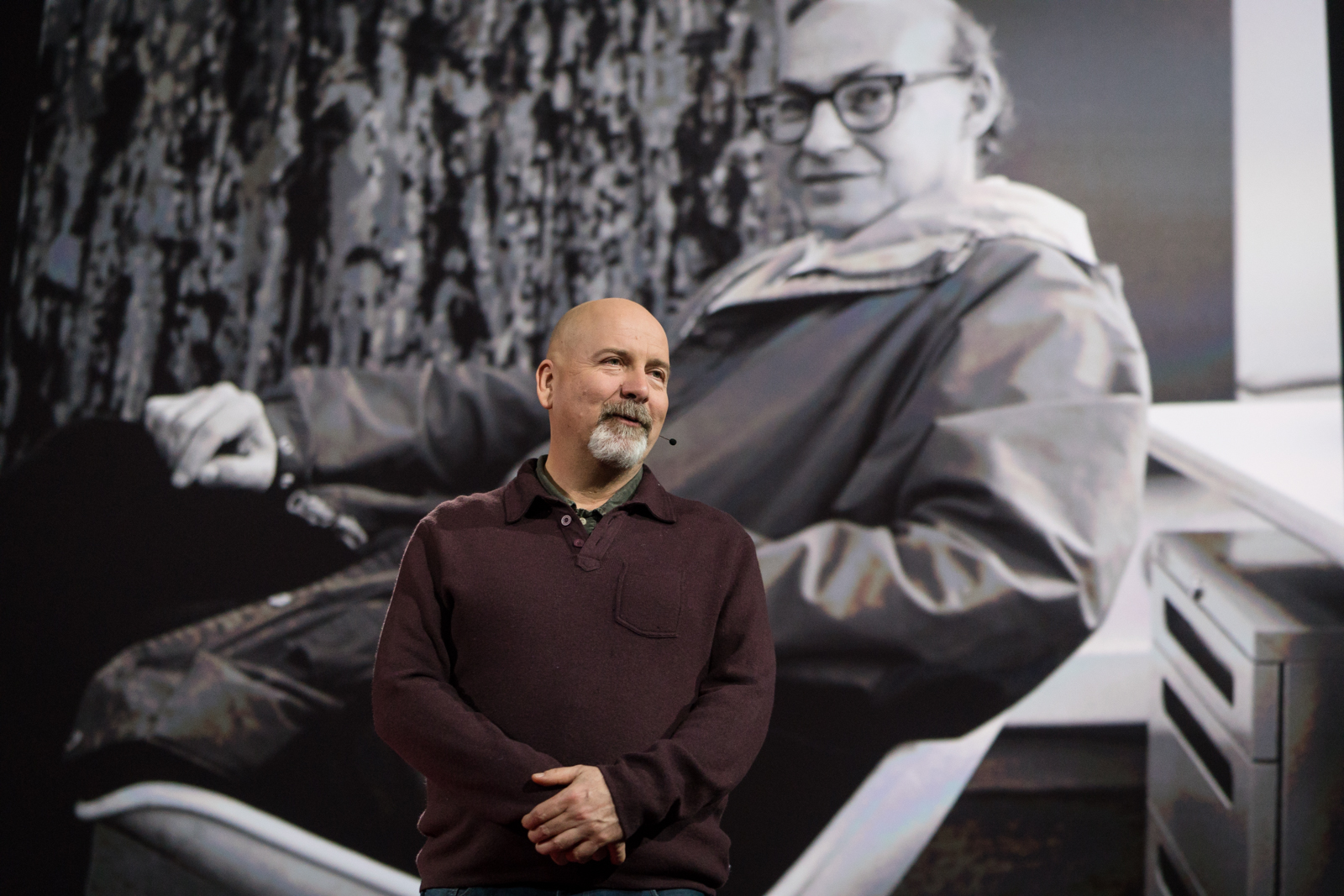 Onstage at TED this evening, Danny Hillis spoke a few words to remember his friend, the artificial intelligence researcher, cognitive scientist and longtime TEDster Marvin Minsky, who died in late January of this year.

As Hillis looked out into the audience, he wondered “how many of you he challenged or irritated or made laugh…” Once Minsky’s student, Hillis recalled: “He had a way of engaging with people, of pointing out the foolishness of your ideas without making you feel like a fool.”

“He was kind of an impish sage,” he remembered with a smile, “who had this inner sense of the truth. Think of the Jedi master Yoda wearing glasses.”