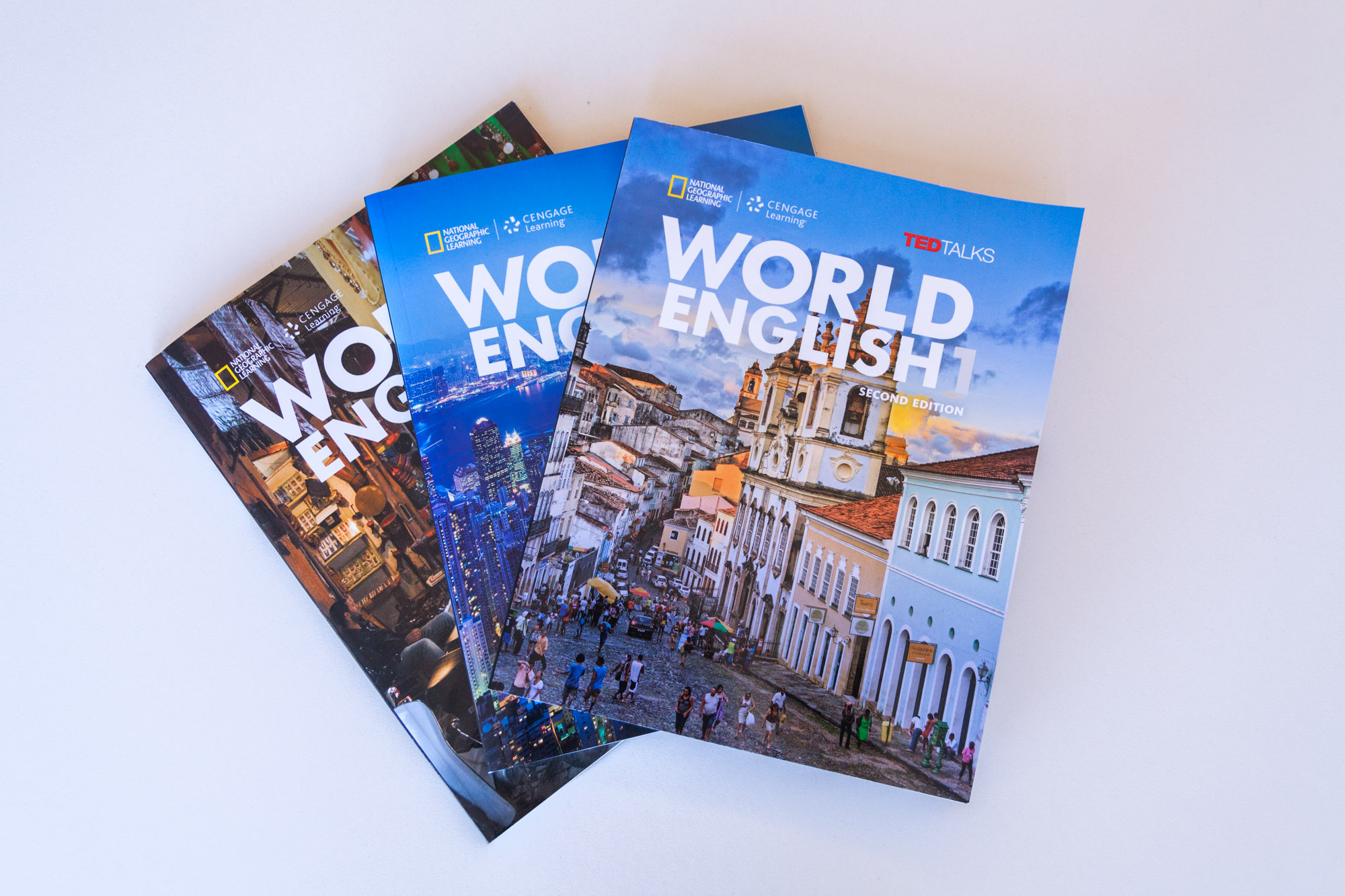 “The world has a new mania — a mania for learning English,” said Jay Walker on the TED stage in 2009.

English is accepted as a shared language of science, a language of global business and the language of the Internet, with at least 1.5 billion students learning it worldwide. So the TED Distribution team wondered: What if students could learn English through TED Talks?

To test this theory, we’ve partnered with National Geographic Learning and Cengage Learning to roll out three English-language curriculums, each grounded in the ideas of TED speakers. The first in the series: World English, a four-level survey course that teaches basic reading, listening, speaking and writing skills. For those a little more advanced: 21st-Century Reading, which is designed to improve reading comprehension of all kinds of texts, including infographics and charts, and to inspire community action. And coming up next: Business English, created to help develop English skills for the workplace. All are served up as a mix of paperback workbooks and online materials. World English and 21st-Century Reading have volumes out, and Business English will be available soon. Each workbook costs around $50US, and schools can also license the curriculum.

Typically, language learning courses lean on hypothetical situations for conversation prompts — you might have to ask about the location of the bathroom, talk about meeting someone at the library or compliment someone on their hat. So Cengage loved the idea of adapting content from TED and National Geographic to give English language learning a real-world foundation. By creating lessons around ideas, they hope that participants pick up the language as a side effect of getting curious and inspired.

“You learn how to put together a sentence in the context of real issues and ideas going on in our world,” says our Content Distribution Editor, Janet Lee. “It’s a different way of learning.”

In World English, each lesson pairs activities on a general interest topic — like family, work and housing — with a talk from TED’s archives. For example, after reading a transcript of Diana Reiss’s talk on the interspecies internet, students match animals with their primary sense: sight, smell or hearing. For a lesson around Eric Whitacre’s virtual choir, students are prompted to discuss how to start an online community.

Education consultant Mary Kadera helped identify the TED Talks that would be a fit for each unit’s topic. For her, the challenge in programming World English was having to boil down an 18-minute idea to its most basic essence without sacrificing the speaker’s intent. “A basic learner typically comes in knowing around 200 words,” she says. “We spend a lot of time editing those transcripts so that they’re accessible to people with limited English vocabularies, yet capture what the speaker had in mind.”

21st-Century Reading was created for a younger audience, and has a TED idea built into every unit. Once learners have mastered the vocabulary, grammar and comprehension exercises for a talk, they are encouraged to go out and do more research on how to implement the idea in their school or community. Activities have ranged from exploring a public art project, like Candy Chang’s “Before I die” wall, to planting a community garden inspired by Ron Finley. “It feels very TED-like — you can turn your curiosity and inspiration into something actionable,” says Kadera.

The third series, Business English, is for the call center representative working on campaigns for English-speaking companies, or for the marketer looking to expand into new countries. The exercises here also tackle grammar, speaking, writing and reading, but through a business lens. TED’s wealth of business-related talks on management, branding and work-life balance are embedded in the activities.

When Cengage surveyed ESL teachers all over the world before creating these new series, they heard from many who were already using TED Talks in their classrooms. Part of the motivation for this partnership was to support teachers with a more formalized and engaging course structure around TED’s content.

“I love the idea that maybe one day someone who’s learned English from these TED/Cengage projects will be on TED stage somewhere,” says Kadera, “giving a talk in English.”