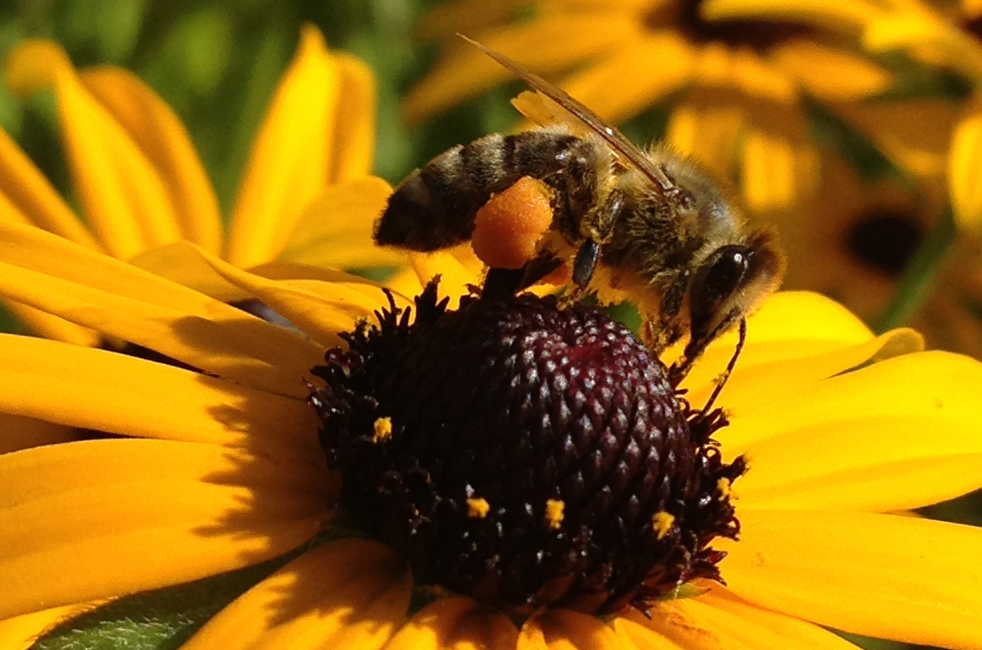 Katherine Collins named her investment firm: Honeybee Capital. Here’s a photo she snapped of the namesake.

Nature and investing. On the surface, these things do not sound like they have a lot to do with each other. But to TEDster Katherine Collins, the two are intrinsically linked.

After 18 years at Fidelity Investments, and while enrolled at Harvard Divinity School to try to figure out what to do next, Collins found inspiration through TED to start a different kind of investment company — one based on openness and other principles found in nature. Rather than making investments for clients, Honeybee Capital writes detailed research reports to help guide investments. These reports look at the big questions underlying investing trends, to make sure that her clients make investment decisions that are both more resilient for them and more sustainable for all of us in the long-term. Honeybee Capital’s reports aren’t just for a handful of clients — they are open to anyone to finds them interesting.

Collins admits that Honeybee Capital started as an experiment. In her time at Fidelity, Collins had analyzed everything from cement to medical technologies, and very much enjoyed her work. “Every day you wake up and figure out what’s happening in the world, and then work backwards into what that might mean for investing,” she says. “It’s an excellent job for a curious person.”

But after nearly two decades, she started to feel concerned by the fact that only a small percentage of her clients were interested in whether they were investmenting in things of value on the grander scale. She worried that false silos were being created between financial value and value of other kinds. So Collins left Fidelity in 2007 and started volunteering. From there, she enrolled in a program to study moral philosophy, in order to see to see how issues of sustainability could be more explicitly united with the principles of investing.

Soon after, Collins discovered TED Talks online. “You know, as a kid, when you walk into the library for the first time, and you’re like, ‘Wow. Look at all this stuff you can know,’” she says. “It was that same kind of feeling.”

Collins attended her first TED Conference in 2010. There, she found herself intrigued by a wide variety of subjects and felt excited to connect with a supportive community.

Soon after, emboldened by Brené Brown’s TED Talk “The power of vulnerability,” she decided to try something. “I started out sending my notes from the research I was doing, just to friends and colleagues who I thought would be interested as investors,” she says. “Immediately, people wrote back and said, ‘This is great! Can you do more? Where’s your office?’”

She was very surprised by the positive response. “It was really a hard thing to press the send button on that first email,” says Collins. “What I wrote did not fit into the normal Wall Street research box — it is much more personally driven, and it contained more questions than answers. I didn’t know how it would be received. [The response helped me realize] that others were interested in the same sorts of connections and questions that I was.”

So what does a Honeybee Capital report look like? Collins brings up a report she created on big data. “Even saying the words, I’m tempted to roll my eyes — I mean, how much more could we say about big data? So rather than repeat all of that, I tried to take a step back,” she explains. “At one gathering I went to, every single researcher at some point in their presentation mentioned that they had been surprised by the ethical questions around the sourcing of their data … So [in my report], I tried to say, ‘Here are the big questions that seem to be emerging in [this field]. The things we haven’t really wrestled with as a society.’”

Her reports are about “the big, long-term, quirky themes that are slightly less urgent day-to-day or minute-to-minute, but ultimately way more impactful.” She says, “I give people, hopefully, a bit of a map: Here are questions that I think are going to be important in the coming months, quarters, years.” 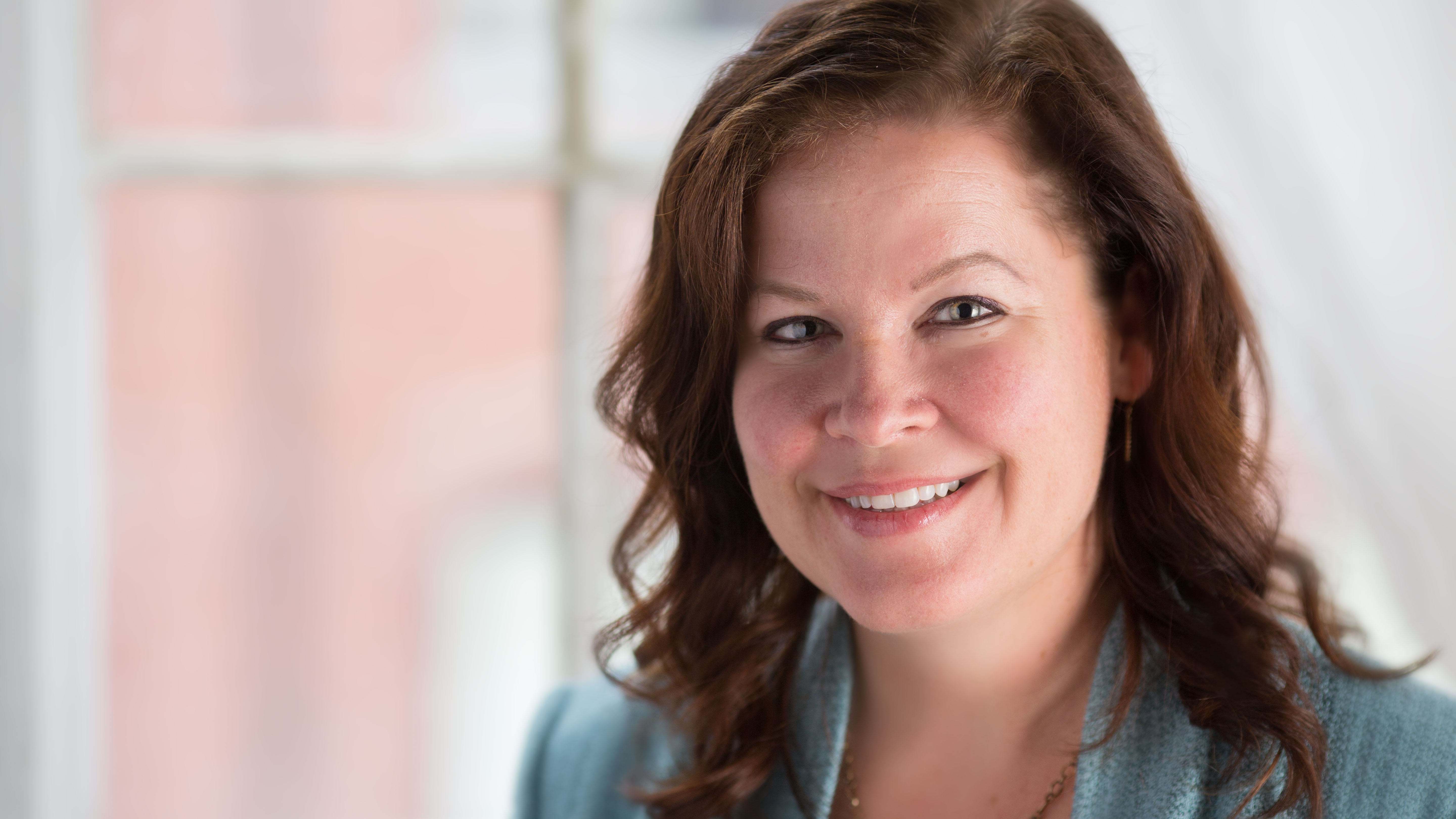 One interesting element of Honeybee Capital: clients pay what they want for Collns’ research reports. “Thanks to the TED example, I chose very deliberately to have a totally open, opt-in business model, which in finance is almost unheard of,” she says. It’s “a big virtual tip jar sitting on the counter. I say to people, ‘Look, I hope you find this helpful, and if it is, over time, please figure out a way to reflect that value.’”

Hearing TED Curator Chris Anderson speak helped her formulate this unusual approach. “He was talking about the online platform and how the organization had decided to make everything available, very openly,” she said. “He talked a lot about the philosophy behind that, which I really admired. He talked about the business case for not hoarding information, and how you could actually have a much better business model by opening up intellectual property instead of closing it off.”

The results of the open model have been great so far. By the time she finished her master’s, Honeybee Capital was a thriving business. And the company’s revenue has tripled in the past five years. But more than that, she just feels better about her work. “There’s no coercion. I don’t feel like I owe someone something because they’ve signed a contract,” she says. “It brings in a much greater diversity of people — people in the nonprofit world, in the academic world, in the business world. That’s all made possible by the fact that it’s inherently not this exclusive, high-priced product.”

When Collins looks at the list of those receiving Honeybee Capital’s reports, she recognizes most of the names — as she adds clients, she gets to know them and what kinds of questions they are interested in. “It’s much more relational, instead of transactional,” she says, “which turns out to be an essential natural principle.”

And that brings us to the nature side of this approach.

Collins landed on the name Honeybee Capital after attending a lecture by Tom Seeley, a scientist who studies honeybees. “He described this research that he did on how bees make collective decisions. When bees have an important decision to make, they send scouts out to explore the world around them. Then the scouts come back and they share the information, very openly,” she says. “The more I learn about bees, the better [the name] is … The idea of pollinating from different disciplines, the idea of connecting in a way so that the whole is greater than individuals.”

Collins is in general fascinated by the idea of biomimicry — looking to nature for inspiration for man-made things — a concept she first learned about from Janine Benyus’ TED Talk. After watching it online, Collins got the chance to meet Benyus at a gathering of biomimicry experts. “I already had a sense of why this field was so important to her, how it had emerged, what some of the essential tenets were, so we could fast forward very quickly into thinking about how biomimicry might apply to something like investing,” says Collins. 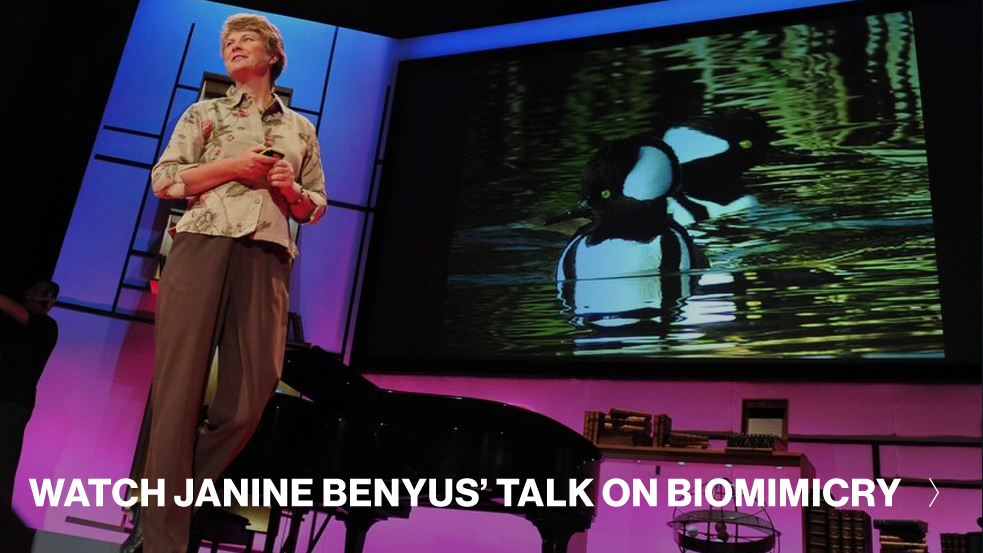 Collins says that, when she started this work, it felt easy to get “preachy” when talking about sustainable investing. But learning about biomimicry helped give more nuance to her thinking. “Natural systems are adaptive, resilient, regenerative — they’re more than sustainable. This is what pulled me into using natural systems as a model for investing — in biomimicry, the ideas of change and evolution are front and center, whereas with sustainability people often misinterpret a sense of stasis,” she says. “I felt like with my sustainability work, so often [I was] just pushing uphill — all day, every day. [As I learned about biomimicry] principles, all of the sudden I thought, ‘Oh, this is how everything actually functions. I don’t need to fight anything. I don’t need to convince anyone that this idea is right. It is just a fundamental structure.’”

Collins went on to take a year-long program with Benyus’ team called “Specialize Your Career With Biomimicry.” The course inspired her book, The Nature of Investing, and Collins is now also on the board of Biomimicry 3.8.

As she’s researched natural systems and continued to build her business, Collins has of course continued to attend TED. She says that the conference keeps her fueled with a “constant idea flow.” She says, “I try to leave every TED with two or three big, overarching themes, where I know there’s some thinking to be done about how and why it might be relevant to an investor.”

And she says that TED also gives her a “more squishy” benefit too. “I was used to a big, professional community for almost my whole career and, while I have this great virtual community now, there aren’t 300 colleagues to talk to,” she says. “TED being a community and actually connecting people has been increasingly important to me.”

Overall, her work at Honeybee Capital has showed Collins that she might have been a touch unfair in her assessment at Fidelity that clients weren’t concerned with the long-term impact of their investments. “I still feel a little bad that I love my profession so much, and I couldn’t trust that humanity was in it,” she says and pauses. “Until I hit send for the first time.”

Watch Katherine Collins’ talk from TEDxWellesleyCollege below. Has TED inspired you to change directions in your career, or to start a business? Write kate@ted.com and tell her your story.