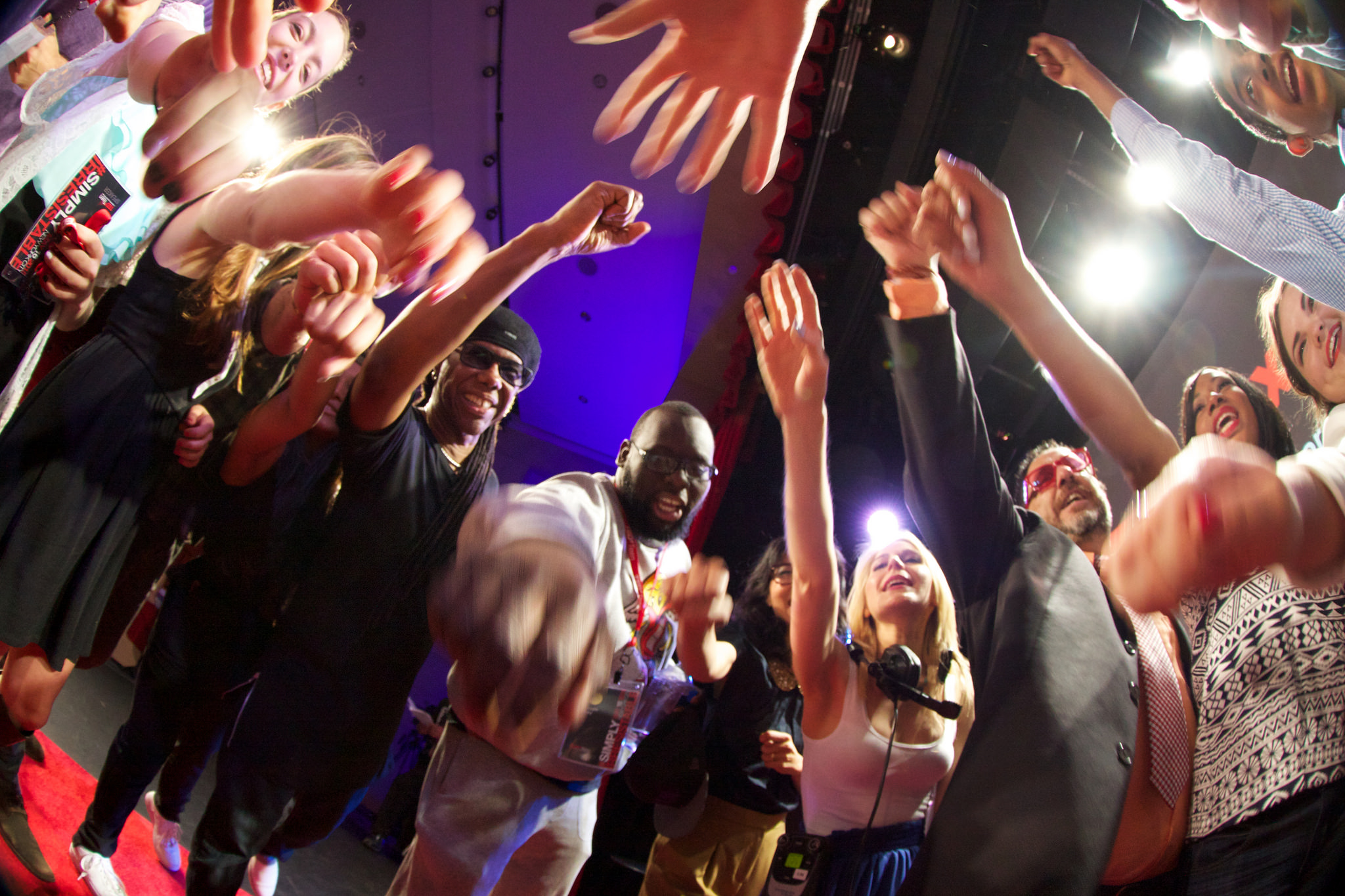 The speakers at TEDxTeen 2015 were all in their teens and early 20s. The group got pumped up to speak together before the event began. Photo: Courtesy of TEDxTeen

“If you’re a teen, you’ve been called apathetic, narcissistic and social-media obsessed,” said Taylor Trudon, the youth editor at Huffington Post. Standing tall in a crisp white blazer, the 25-year-old shared how she went from keeping a high school diary — decorated with stickers and magazine clippings of John Mayer and Uggs — to becoming the website’s curator of young voices.

The 400 bright-eyed teenagers listening to her in the Scholastic Auditorium in New York City didn’t quite fit the stereotype of Generation Z. Each of them had sacrificed a Saturday in May to attend TEDxTeen 2015 and listen to speakers like a high schooler who created fruit fly-inspired drones, a young artist who translates sound into 3D-printed sculptures and a 20-year-old mathematician who sold an algorithm that predicts wars to the US government.

With the theme “Simply Irresistible,” this year’s TEDxTeen highlighted simple but powerful ideas from young men and women. Curated by a team of adults, the content was by youth, for youth — but there wasn’t a cut-off line at age 19. “Many speakers are in their early 20s, and started something in their teens,” said organizer Jess Teutonico. “It’s important to show progress, and that it is possible to make an impact when you are young.”

As they waited for the event to start, groups of teenagers chatted near the escalators to the theater. Once in the theater, the lights dimmed and electronic musician Thomas Uliasz approached a miniature vintage TV set in the center of the stage. This device was his TV Synth, a synthesizer connected to a wand that buzzed and pulsated as he marked a beat in the air.

As he finished his electrifying set, host Monique Coleman — whom most of the audience recognized from the High School Musical series (she’s also the UN’s first Youth Champion) — invited out the first speaker. The audience hushed as Lauren Singer, an NYU environmental studies grad, held up a Mason jar that contained every bit of trash she’s generated over the past three years. 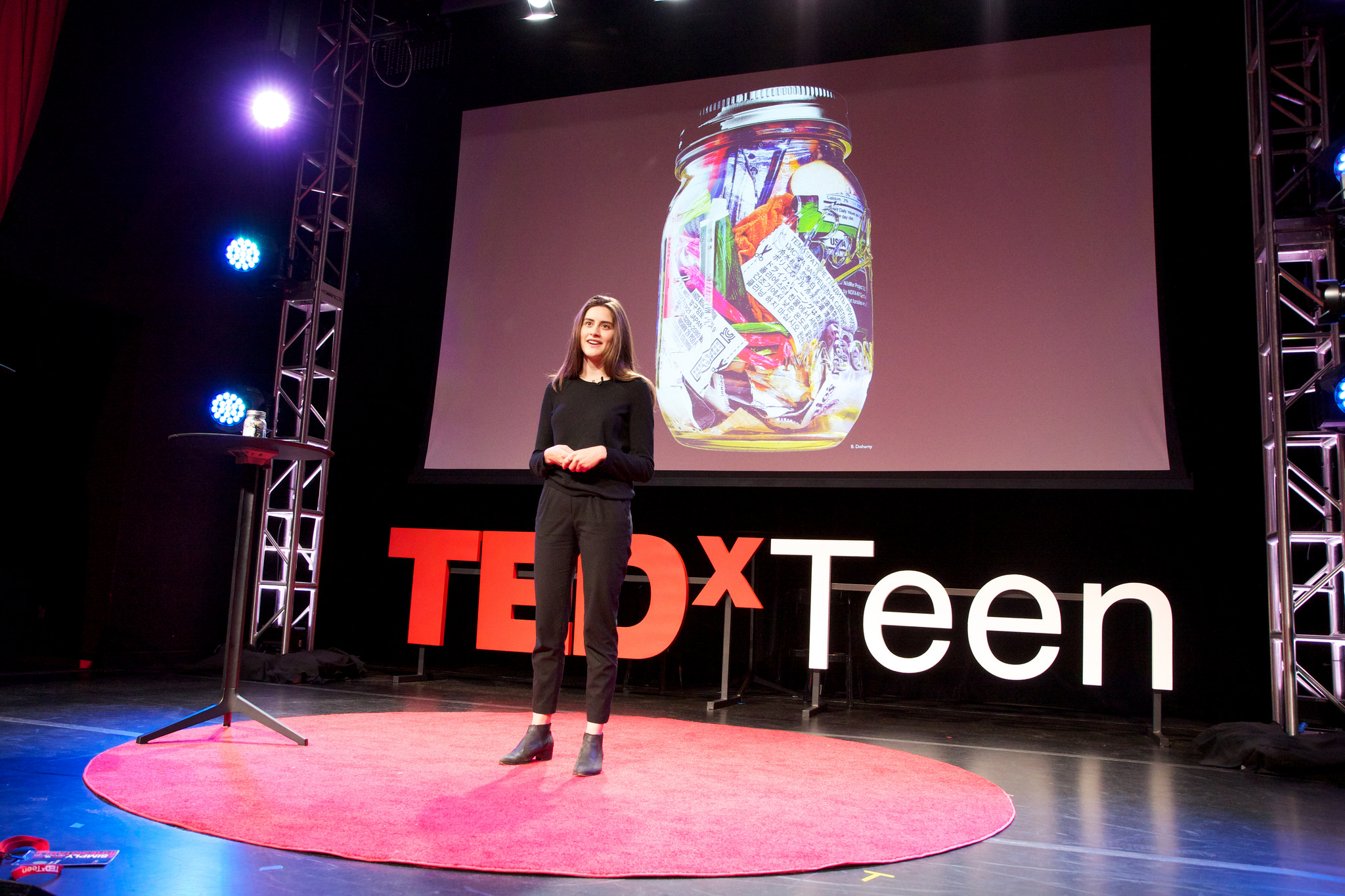 This jar contains all of the trash Lauren Singer has created for the past three years. Photo: Courtesy of TEDxTeen

Between sessions, attendees split into breakout groups on design thinking, community building and social media, as well as workshops on digital storytelling and silk-screening. Attendees could get tips from a speaker coach, and then tape a video audition to speak at next year’s TEDxTeen — a method Teutonico’s team uses to scope out future speakers.

Sisters Sydney and Sarah Walters met fellow attendee Ruchita Zaparde in a workshop called “Create and Connect.” In it, attendees talked about what they were passionate about — and how members of the group could help one another get where they wanted to be.

“The craziest thing I’ve learned today,” said Sydney, “was that you don’t have to restrict yourself to one thing and be one person. You can be a multitude of things.”

Zaparde added, “Teenagers are really powerful. Sometimes we forget that. TEDxTeen is an obvious reminder.”

Today’s TEDxTeen took a year to plan, but the first TEDxTeen event was planned in two weeks, says Teutonico. Five years later, the event has gone international. TEDxTeen held its first event in London last year. And groups in more than 150 countries now tune in to watch the event livestream. 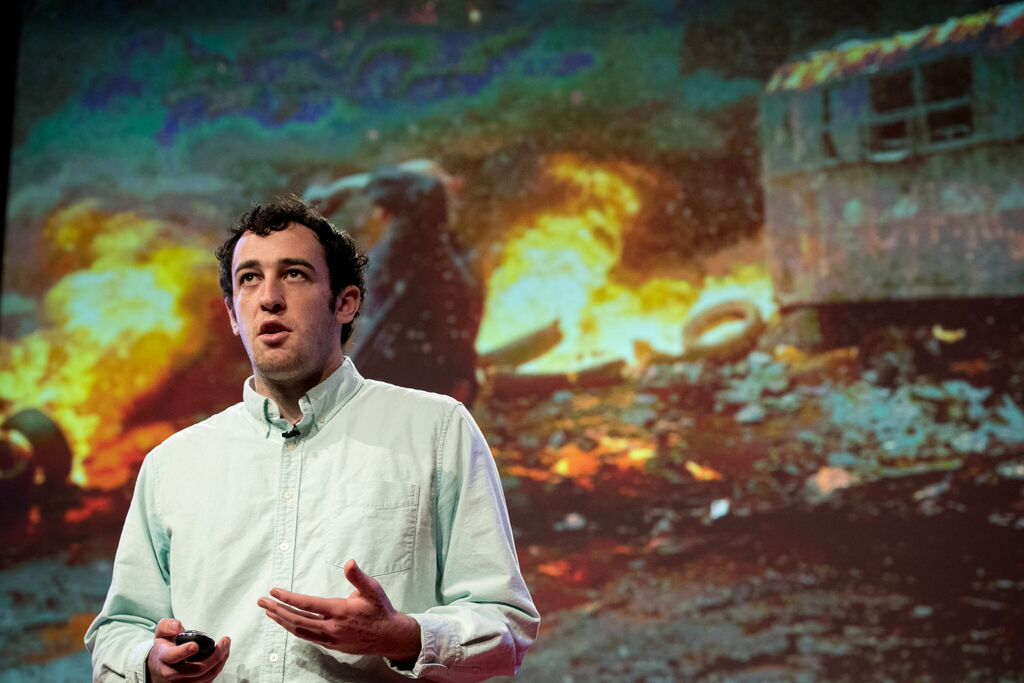 Charvi Radia, a freshman at American University, is attending her second TEDxTeen. “[People are] always like, ‘Oh you’re so young. You can’t really do anything with your life,’” she said, “But you come to conferences like these and get a whole different perspective.”

She’s impressed by the speakers’ drive. “It’s time for me to kick it up a notch,” she joked.

To launch the final session, YouTube star Alessia Cara took the stage to perform her teenage party anti-anthem “Here.” It’s a song about the girl in the corner who doesn’t fit in. “We can kick it and just listen to / some music with a message, like we usually do / We’ll discuss our big dreams, how we plan to take over the planet,” she sang. The audience erupted into a standing ovation.

By the end of the day, those who had wandered into the event alone left in groups, with social media details exchanged. A Post-it note mural by the snack area was dotted with ideas the attendees had jotted down throughout the day on white paper: birthday cards for foster children, more mentorship opportunities and comic books with diverse characters. One yellow note stood out in a sea of white: “Be different.” 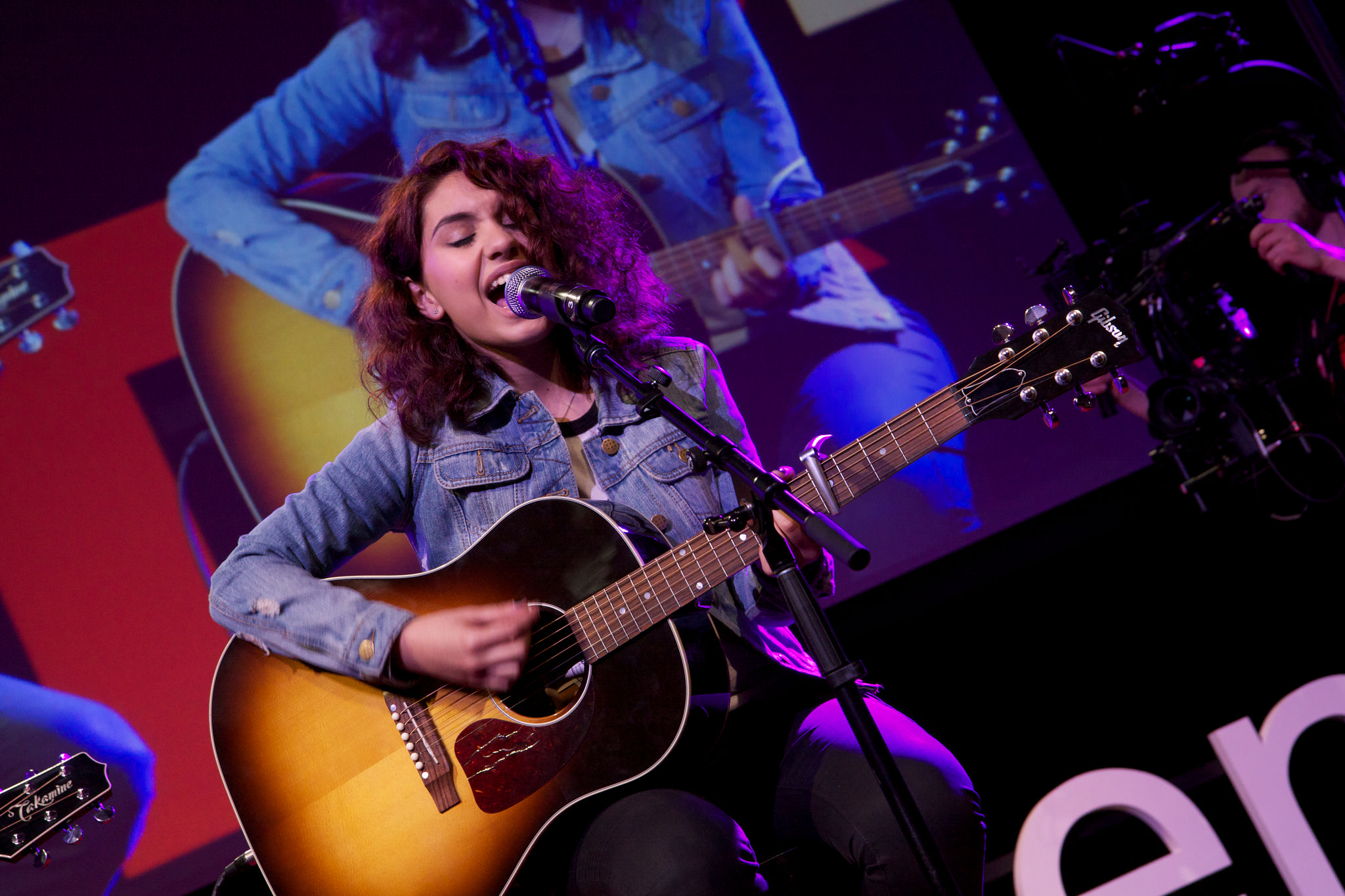