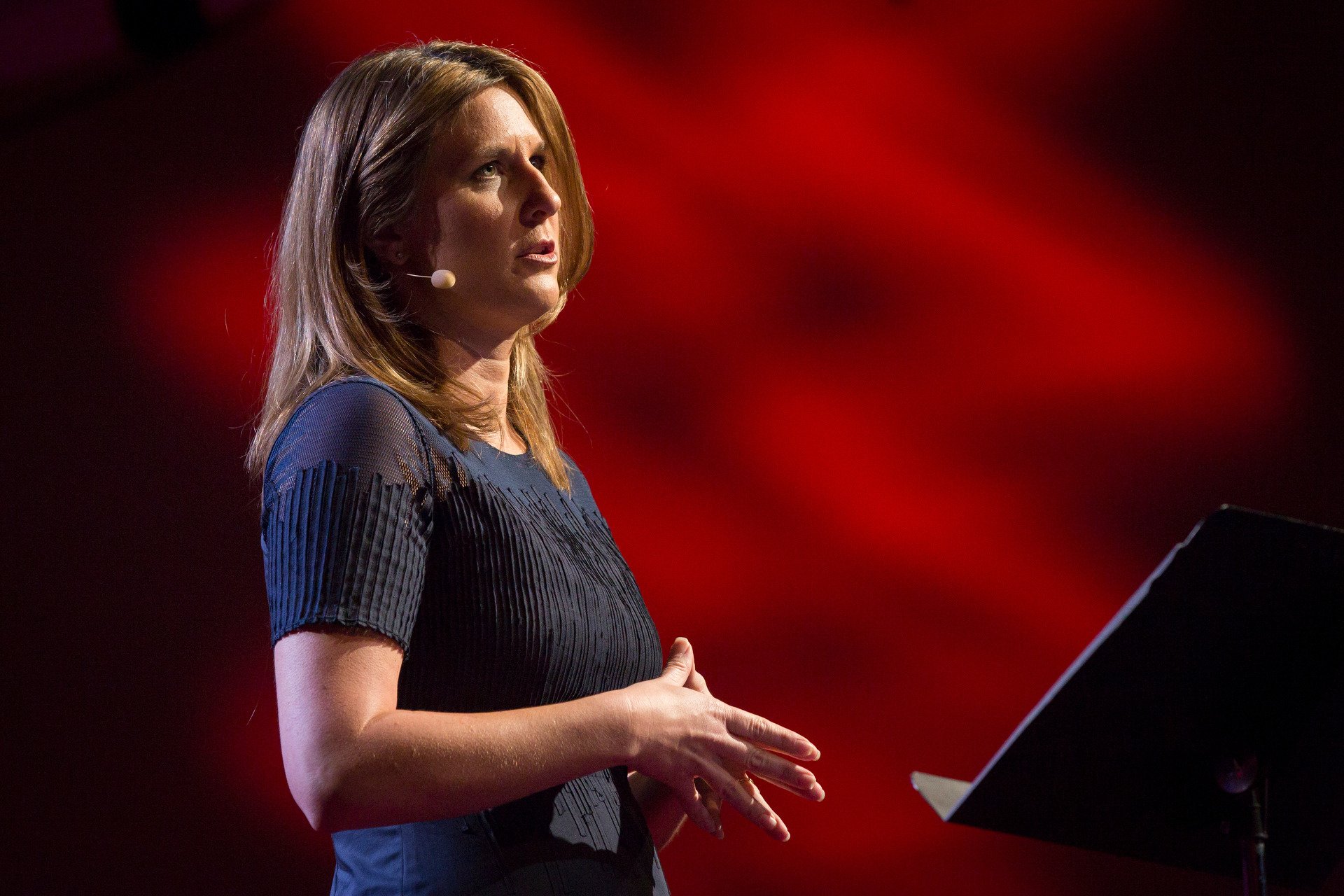 It’s not about being pro-choice or pro-life, says Aspen Baker. She shares a different way: pro-voice. Photo: Marla Aufmuth/TED

Aspen Baker had just graduated from college when she found out she was pregnant. She was sitting at the bar where she worked and her co-worker, Polly, asked if she wanted a drink. Baker had to confess, “I’m pregnant. I’m not sure what I’m going to do yet.”

“Without hesitation, Polly replied: ‘Oh, I’ve had an abortion,'” remembers Baker on the TEDWomen 2015 stage. “Before Polly, no one had ever told me that.”

Baker grew up in Southern California — her parents were “surfing Christians” and religion was a central theme of life. “As a kid, the idea of abortion made me so sad that I knew if I ever got pregnant, I could never have one,” says Baker.

Polly’s openness helped her, says Baker. “Polly gave me a very special gift: the knowledge that I wasn’t alone and that [abortion] is something we can talk about.”

Abortion is common — according to a survey by the Guttmacher Institute, three out of ten American women will have an abortion by age 45. And yet, it’s exceptionally rare for women to talk about this experience.

“The dialogue around abortion in the United States has left little room for anything beyond pro-life or pro-choice. It’s political and it’s polarizing,” she says. “There is a gap between what happens in politics and what happens in real life. In that gap, a battlefield mentality — are you with us or against us? — takes root.”

“Finding ways to shift the conflict to a place of conversation is the work of my life,” says Baker.

Baker is the co-founder of Exhale, which offers emotional support to people who have had abortions by listening to them. They started as a talkline for women and men. But soon, Exhale’s open conversation style evolved into a platform for more issues.

Pro-voice means listening to all stories, in a kind and caring way. “The feminist who regrets her abortion, the Catholic grateful for hers,” says Baker, “personal abortion experiences don’t fit neatly into one camp or the other. … If we truly listen to one another, we will hear things that demand that we shift our own perceptions.”

There are two tenets of the pro-voice philosophy: listening and sharing stories. Baker shares some advice for listening first.

“Ask open-ended questions: ‘How are you feeling?’ ‘What was that like?’ ‘What do you hope for now?'” says Baker. “Another way to be a good listener is to use reflective language. If someone is talking about their own personal experience, use the words they use. If they are talking about their abortion and say ‘baby,’ you can say ‘baby.’ If they say ‘fetus,’ you can say ‘fetus.'”

Baker knows sharing personal stories is scary. It requires real vulnerability. “One risk that you take when you share your story to someone else is that, given the same set of circumstances as you, they might actually make a different decision,” says Baker. “It you are telling a story about your abortion, realize that she might have had the baby. She may have tried adoption. She may have told her parents or partner. She may have felt relief and confidence, while you felt sad and lost.”

“That’s okay. Empathy is created when we imagine ourselves in someone else’s shoes,” says Baker. “It doesn’t mean we have to end up in the same place.”

This approach “allows us to see our differences with respect instead of fear,” says Baker. “It generates the empathy we need to overcome all the ways we try to hurt one another — stigma, shame, prejudice, stereotypes, oppression. Pro-voice is contagious. The more it’s practiced, the more it spreads.”

Last year, Baker was pregnant again, with her now 8-month-old son. This time, she says, people couldn’t stop asking her how she was doing. Says Baker, “It was a welcome yet dramatic departure than what I felt when I talk about my abortion … It was awesome.”

Baker wants that experience of caring to extend to those who have had or are thinking about abortion.

“Pro-voice is about the real stories of real people. It can change the way abortion and so many other politicized issues are understood and discussed — from sexuality and mental health to poverty and incarceration,” says Baker. It can also help in conversations about immigration, religious tolerance, violence against women, gun control.

This idea is outrageously simple in the end: “Our experiences can exist on a spectrum.”