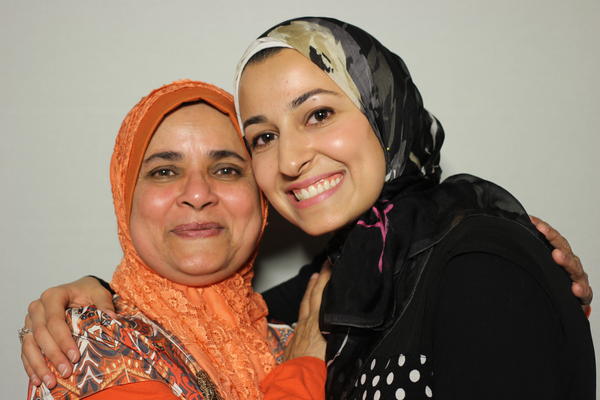 On Tuesday, college students Yusor Abu-Salha, 21, her husband, Dean Barakat, 23, and her sister, Razan Abu-Salha, 19, were shot and killed in Chapel Hill, North Carolina. The community is reeling from the news; thousands attended a vigil on the University of North Carolina campus last night, while on social media, the hashtag #MuslimLivesMatter has brought attention to the killings, which some believe to be motivated by the victims’ Muslim identity.

Last May, Yusor Abu-Salha stepped into a StoryCorps booth in Durham, North Carolina, for an interview with her former elementary school teacher, Sister Jabeen. What she says in the interview is both moving — and now devastating:

“Growing up in America has been such a blessing. And although in some ways I do stand out, such as the hijab I wear on my head — the head covering — there are still so many ways that I feel so embedded in the fabric that is, you know, our culture. And that’s the beautiful thing here, is that it doesn’t matter where you come from. There’s so many different people from so many different places — of different backgrounds and religions. But here we’re all one. One culture.”

Listen to the interview, which StoryCorps has just posted online along with a new interview of Sister Jabeen. And know that this is exactly why we selected Dave Isay, founder of our StoryCorps, as our 2015 TED Prize winner: because his platform creates a record of so many incredible, everyday experiences. StoryCorps interviews give us the opportunity to hear voices often excluded from mainstream media, and to really understand each other’s experiences.