Doodles are more than just idle scribbles; they can distill complex ideas into useful packets of knowledge. During TED2016, artist Mia W. McNary translated 18-minute talks — on topics like what it means to be a global citizen, the psychology of introverts vs. extroverts and a prosecutor’s case for justice reform — into playful and succinct visualizations.

It all started when Mia’s brother Jim, a longtime TED attendee, sat next to a woman taking visual notes during the 2015 conference. Turns out, he was sitting next to Sunni Brown, a visualizer and a champion of using doodles for problem-solving (watch her TED Talk “Doodlers, unite!”). Her brother’s story inspired Mia to capture TED2016 in visuals herself.

Watching from Hawaii via TED Live, she started by drawing a grid of squares on a blank piece of paper. Then, without looking at the screen, she listened intently to each speaker, almost meditatively, with her pen in constant motion. Each square took only 30 seconds to complete, and she finished a section by the time each talk was through. This note taking, she says, forced her to “visualize in a vignette” each idea, blending metaphor and content into drawings that capture the right message.

Below are some of her illustrations:

Hugh Evans, a humanitarian and co-founder of Global Citizen, shares how a trip to a slum in the Philippines inspired him to create a network of passionate young people who create global change. Watch for his TED Talk, which premieres next week. 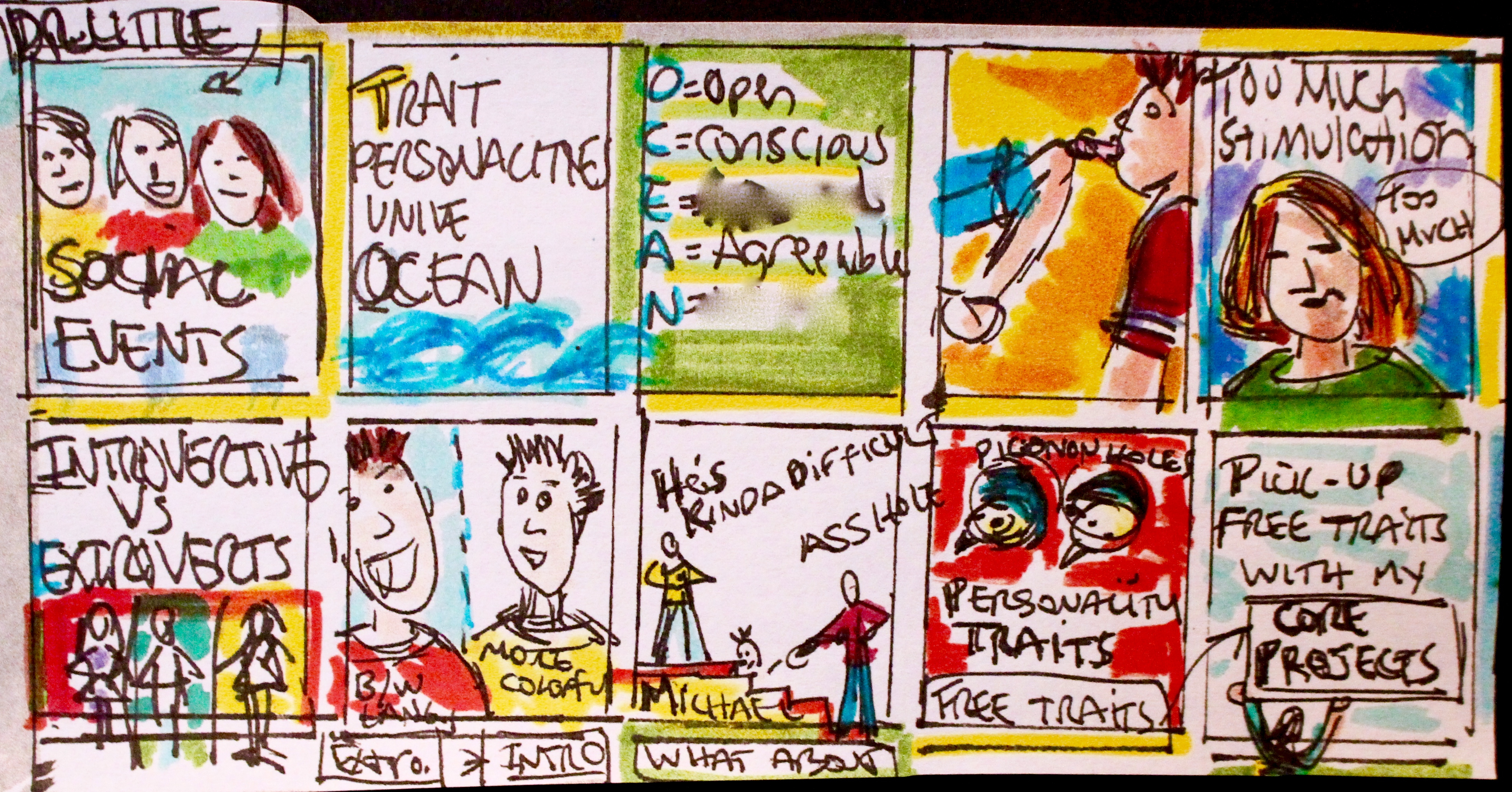 Brian Little, a personality psychologist and professor, confesses that he, indeed, is an introvert. With humor and humility, Little dissects the surprising differences between introverts and extroverts.

Lidia Yuknavitch is an acclaimed author who admits that, despite her success, she’s a misfit. Chronicling a whirlwind, fish-out-of-water trip to New York City to meet publishers and agents, Yuknavitch shows how misfits have a unique power to constantly reinvent themselves.

Alexander Betts, a professor of forced migration and international affairs, calls out Europe for its pitiful response to the millions of refugees it has received this year: “our response, frankly, has been pathetic.” He suggests that the key is not just welcoming refugees, but also utilizing their skills and talents to help both them and their host countries prosper. (Watch Alexander’s TED Talk)

Since the age of seven, visual notes have helped Mia document her life and learning experiences. But more than anything, she wants people to know that visual thinking is not just for artists, but can be used in fields such as sales, business and even therapy. In other words, doodling is for everyone.