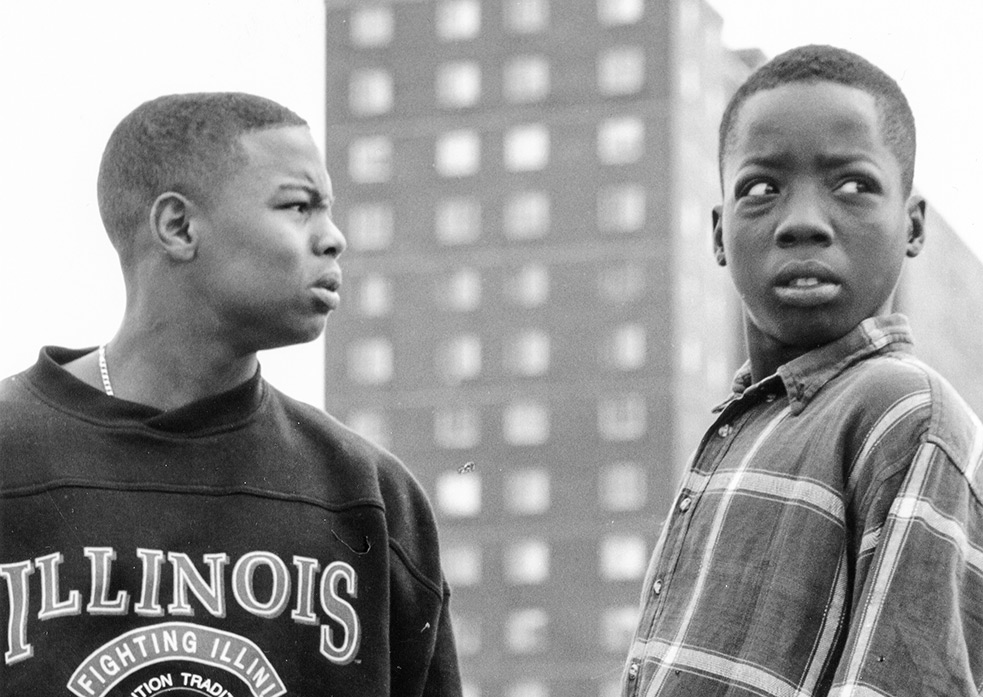 LeAlan Jones and Lloyd Newman took tape recorders into the Ida B. Wells Homes in Chicago to record a week of their lives in 1993. The material became a radio documentary, Ghetto Life 101. Working on it with them showed me the importance of listening to all Americans. Photo: John Brooks, courtesy of StoryCorps

Ghetto Life 101 changed my life. I started working on this radio documentary 25 years ago — I gave tape recorders to two kids growing up in the Ida B. Wells Homes in Chicago, one of the most notorious public housing projects in America, and asked them to document a week in their lives. LeAlan Jones and Lloyd Newman were 13 and 14 years old at the time. They interviewed friends and family. They narrated and even named the program. Their courage, honesty and wisdom blew me away.

LeAlan and Lloyd are now grown men in their 30s, but I still know their documentary by heart. One line always stood out to me. LeAlan is talking about the violence around him, and says:

This sentiment echoed throughout their neighborhood. Before starting the documentary, I reached out to local teachers to identify kids who might want to participate. The response was overwhelming — every child was so desperate to be heard. Interviewing these kids remains one of the most transformative professional experiences I’ve ever had. This was part of the impetus for StoryCorps — and for our Griot Initiative, which honors the stories of African-American families across the nation. It’s now the largest collection of African-American voices ever gathered.

A year after the shooting of Michael Brown, the hashtag #BlackLivesMatter remains deeply relevant. So I want to share some StoryCorps interviews that speak to that. A lot of the stories you’ll hear in this playlist are painful, but they must be heard. They’re a kaleidoscope of love and strength, representing just some of the wide spectrum of black lives in America. 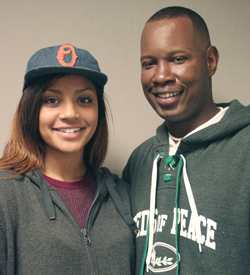 Wil Smith got help from his basketball teammates in raising his daughter, Olivia Smith.

“I think I lost something like 27 pounds, just from stress and not eating, because I didn’t have enough for both of us.”

Wil Smith raised his daughter, Olivia, as a single dad while attending Bowdoin College. He brought her to class and snuck her into his job at Staples, where he worked at night to help pay the bills. “My basketball teammates were my first babysitters,” he says. “I just remember coming from class and there were four giant guys and then there was this 18-month-old who was tearing up the room.” It’s a remarkable story about human connection and resilience. The two recorded this story only months after Wil was diagnosed with colon cancer. He passed away earlier this year. 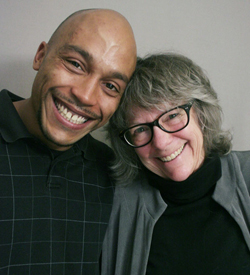 Alex Landau talks to his adoptive mom, Patsy Hathaway, about being beaten by police.

“I could feel the gun pressed to my head, and I expected to be shot. And I lost consciousness.”

Alex Landau was taught by his adoptive white parents that skin color is irrelevant. “I thought that love would conquer all, and that skin color didn’t really matter. I had to learn the hard way,” says his mother, Patsy Hathaway. In this interview, Alex describes to his mom getting pulled over by police in Denver and being brutally beaten after asking for a warrant. He needed nearly 45 stitches. “It wasn’t my injuries that hurt,” he says. “For me it was a point of awakening to how the rest of the world is going to look at you. I was just another black face in the streets. And I was almost another dead black male.” The officers involved in the incident weren’t disciplined by the Denver Police Department, but Alex was awarded $795,000 from the city for his ordeal. Since his StoryCorps interview was broadcast on public radio, the city has started putting body cameras on traffic and patrol officers. 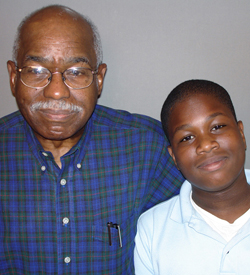 Sam Harmon revealed his most painful memory to his grandson, Ezra Awumey.

“She saw my black hand and refused to sell me a ticket. The Capitol dome was superimposed on her angry face.”

Sam Harmon and his grandson, Ezra Awumey, were two of the first people to come to the StoryCorps mobile recording booth in the plaza of the Library of Congress in 2005. Inside, Sam shared his most painful memory, from when he was in the Navy after World War II. He was stationed in Virginia and decided to take a day to tour the sites of Washington, D.C. But when he tried to buy a ticket to a movie, the seller refused to sell one to a black man. “That is the most painful recollection of anything that has ever happened to me,” he says. 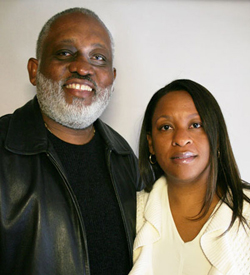 “To this day, I live my life trying to be half the man my father was.”

Lynn Weaver came to StoryCorps in the first days of our Griot Initiative to talk to his daughter, Kimberly. He wanted to tell her all about his father — and her grandfather — Ted Weaver. “I can remember when we integrated the schools, there were many times that I was scared and I didn’t think I would survive,” says Lynn. “I’d look up and he’d be there, and whenever I saw him, I knew I would be safe.” Ted worked as a chauffeur, but he spent nights poring over textbooks to help Lynn with his schoolwork. When StoryCorps aired this story on the anniversary of Ted’s death, Lynn sent me a note, signed “Lynn Weaver, Chair of Surgery at the Morehouse School of Medicine.” 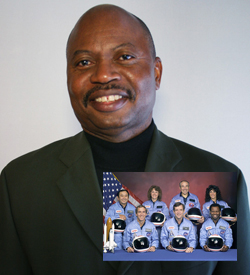 Carl McNair remembers his brother Ronald McNair, who died in the Challenger explosion.

“It was a public library, but of course, not so public for black folks.”

Ronald McNair was the second African-American man to go to space. He died in the Challenger explosion in 1986. Stories like his are such a powerful and important complement to what we read about in history books — and his brother, Carl McNair, remembers him in this interview. Ronald was a curious kid, who almost got arrested for wanting to check books out of the public library. Later, he became a Star Trek fan. “Star Trek showed the future with black folk and white folk working together,” says Carl. “I looked at it as science fiction, but Ronald saw it as science possibility. How was a colored boy from South Carolina, wearing glasses, who never flew a plane, going to become an astronaut? But Ron was the one who didn’t accept societal norms as being his norm. And he got to be aboard his own Starship Enterprise.” 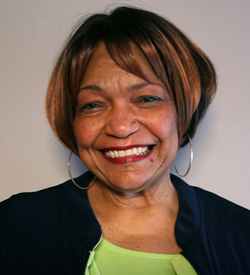 Mary Ellen Noone has a memory of how her grandmother was treated that makes her see red.

“Every time I look at red finger polish, I have a flashback. I still have that anger inside of me.”

This is the most disturbing story that StoryCorps has ever aired. Mary Ellen Noone remembers her grandmother, Mama Pinky. Mama Pinky grew up on a plantation in Alabama at the turn of the century. One day, she painted her nails red with some polish that her employer had thrown away. A white store owner later pulled out her nails one by one with pliers because she was “painted up like a white woman.” This story is not for the faint of heart; it can and should make you sick to listen to. But it’s true and important — the kind of story that emerges when you’re recording a “bottom-up” history, as Studs Terkel would call it. 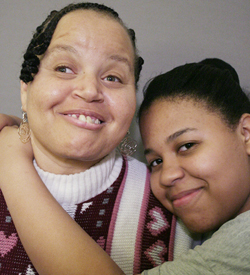 “You’re a good parent and just because you’re disabled doesn’t mean that you do anything less for me.”

Myra Brown was a gifted high school student when she brought her intellectually disabled mother, Bonnie Brown, to StoryCorps. When she was a child, Myra says she didn’t realize that her mother was different. Bonnie was actually the one who pointed this out to her, a moment she remembers well. “I said, ‘Myra, I know I am not like your friends’ mothers, but I’m doing the best I can.’ And you said, ‘It’s OK, Mommy.’ And that made me feel so good.” This is a story about acceptance that goes far beyond tolerance. 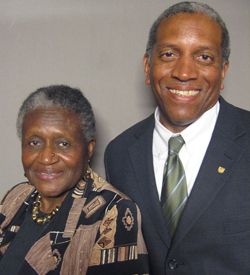 “One of the things you prayed for when you were in Miss Devine’s class was: ‘Lord please, let me get old enough to get out of this class!’”

This is one of my favorite animations in StoryCorps history. James Ransom and Cherie Johnson share memories of Miss Lizzie Devine, their Sunday school teacher in Bradenton, Florida. Miss Devine made them wear pajamas to Sunday school, braided their hair too tight and brought them overripe mangoes as gifts. The joy, humor and affection these two have for each other — and for this formidable figure of their youth — is pure joy. “She was the only person I knew who had more power than my grandmother,” laughs James. 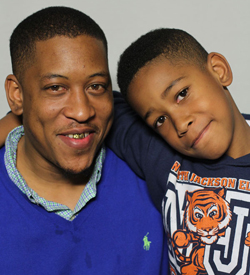 Albert Sykes was interviewed by his son, Aidan Sykes, about his hopes and dreams.

“The work that Martin Luther King was doing was for everybody and not just for black people.”

Usually, children under the age of 12 don’t come into the StoryCorps booth. But occasionally, we find an extraordinary kid and let them in. Aidan Sykes was one of those kids. He was 9 years old when he interviewed his father, Albert Sykes. Albert talks to him about being nervous raising a child in Mississippi because of the high rates of incarceration for young black men. But hope prevails in this interview. “My dream is for you to live out your dreams,” says Albert. “There’s an old proverb that [says] when children are born, they come out with their fists closed because that’s where they keep all their gifts. And as you grow, your hands learn to unfold, because you’re learning to release your gifts to the world. And so, for the rest of your life, I wanna see you live with your hands unfolded.” Words that truly speak to our time.

Dave Isay, the founder of StoryCorps, is the winner of our 2015 TED Prize. In a talk at TED2015, he shared an audacious wish for his organization: to take it global with a free app. Stay tuned for a story from Dave every other week on the TED Blog, as we chart the evolution of his TED Prize wish. As told to Amy S. Choi.