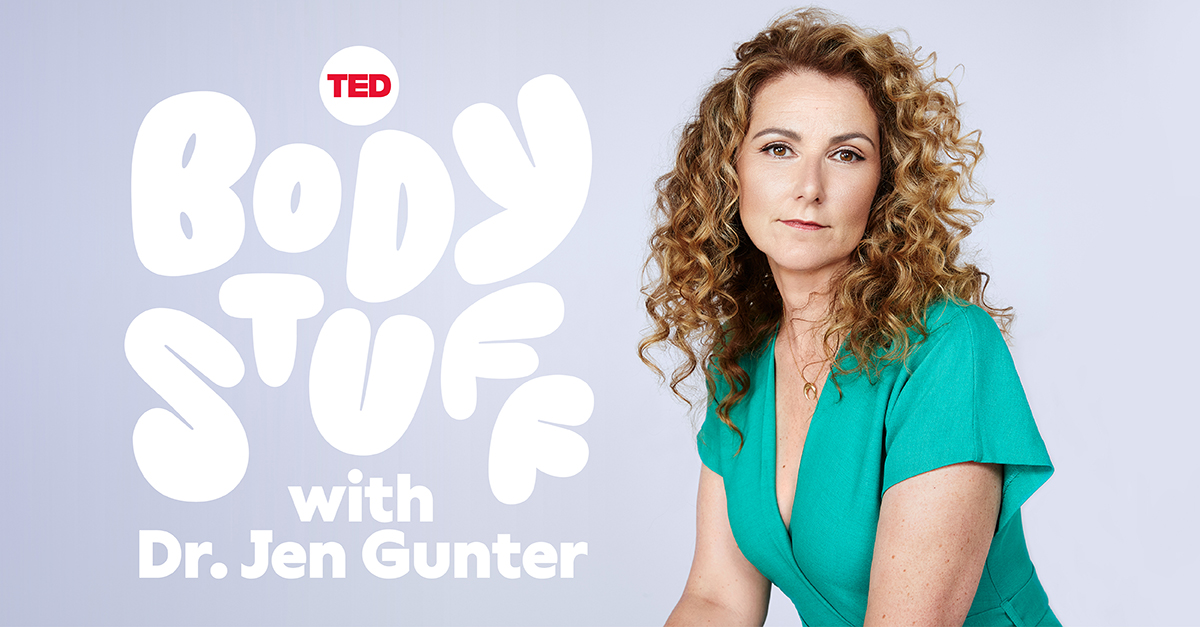 Body Stuff with Dr. Jen Gunter, the newest podcast from the TED Audio Collective, launches on May 19. Body Stuff will bust the lies you’re told — and sold — about your personal health. Body Stuff is hosted by celebrated OB/GYN, pain medicine physician and TED speaker Dr. Jen Gunter, who has made it her mission to combat health misinformation online and isn’t afraid to take on the world’s biggest peddlers of it — from lotions and potions to diets and detoxes.

Each week’s episode debunks a medical myth and turns us into experts by demystifying how our bodies work. For example, did you know that you don’t actually need eight glasses of water a day? Or that you can’t “boost” your immune system? With humor and wit, Dr. Jen Gunter is here to educate you, while also disproving myths that have been around for centuries.

“Here’s a secret: most of medicine isn’t that hard,” says Dr. Jen Gunter. “To be sure, there’s a lot of it to learn, but the basics of what people need to know can and should be accessible. That is what we are aiming to do with Body Stuff: explain the elegant and cool biology behind different body systems, but also explore cultural forces that impact what we believe about our bodies and health — and make it fun. I want our listeners to marvel at their own machinery, understand some of the forces that may have shaped their medical beliefs and provide them with information that can help them on their journey to being empowered about their own health.”

Season one will have eight episodes. Each episode of the podcast will be accompanied by a short video released on TED.com, YouTube and TED’s social channels that further helps us understand the systems of the body in a fun and accessible way.

Produced by TED and Transmitter Media, Body Stuff is part of the TED Audio Collective. TED’s collection of podcasts includes shows co-developed by TED and its speakers as well as shows developed and produced independently by inspiring thinkers and creators. The growing list of podcasts ranges from TED originals like TED Talks Daily and Far Flung with Saleem Reshamwala to independent series like Design Matters with Debbie Millman and Conversations with People Who Hate M‪e from Dylan Marron.

Body Stuff is made possible with the support of our partner Oura, the company behind the health tech wearable that delivers personalized sleep and overall health insights. Learn more about TED Partnerships here.