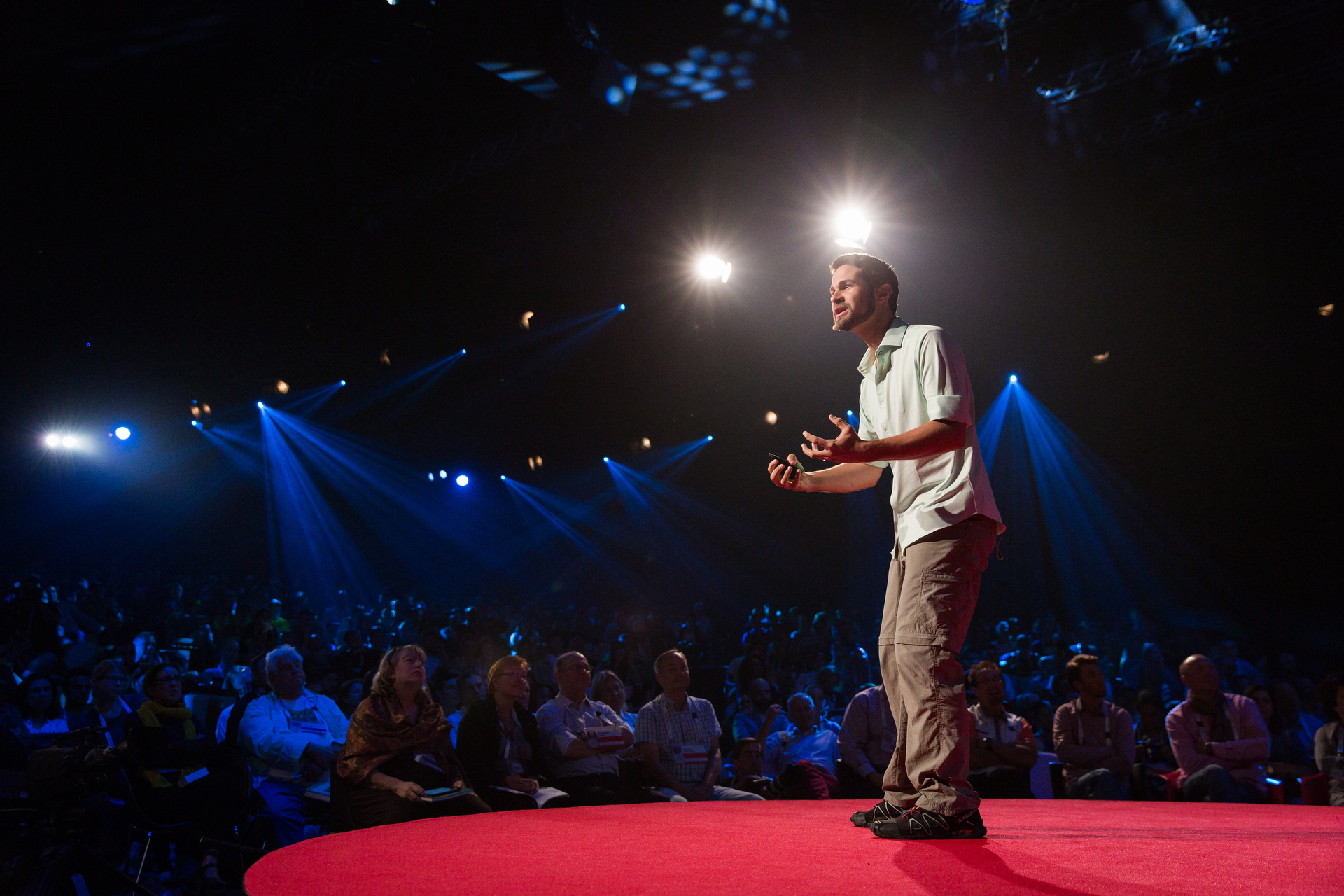 Geoscientist Andrés Ruzo studies the Earth’s heat. He is particularly fascinated by the “Boiling River” of the Amazon, a mysterious hot spot more than 700 kilometers from the nearest volcanic center. In this talk, he shares several scientific discoveries for the first time — and the significance of the river itself.

As a boy in Lima, Ruzo’s grandfather told him a legend of the Spanish conquest of Peru. It seems that Pissaro and the conquistadors would go into towns and ask the Inca, “Where’s another civilization we can conquer? Where is there more gold?” Out of vengeance the Inca said, “Go to the Amazon — you’ll find all the gold you want there.” So the Spanish set off into the jungle. Most died, but the few that returned came back with stories of powerful shamans, of trees so tall they blotted out the sun, snakes that swallowed men whole and a river that boiled. All this became a childhood memory for Ruzo. 15 years passed, but he didn’t forget this tale.

One day while Ruzo was working on his PhD, trying to understand Peru’s geothermal potential, he asked his colleagues on a whim, “Could the boiling river exist?” There was a unanimous no. Boiling rivers do exist, but they’re generally associated with volcanoes, and since there are no volcanoes in the Amazon nor in most of Peru, it follows that one should not expect to see a boiling river. End of story, right?

Not quite. While visiting Peru, he relayed his colleagues’ answer, and his aunt told him: “No, I’ve been there! I’ve swum in that river.” His uncle agreed. “Andrés!” he said. “She’s not kidding. It’s protected by a powerful shaman, and your aunt is friends with his wife. You can only swim in it after a very heavy rain.” So despite his scientific skepticism, Ruzo found himself hiking into the jungle guided by his aunt. He describes what happens next:

“As I’m mentally preparing myself to behold the warm stream of the Amazon, I heard a low surge that got louder and louder as we got closer. It sounded like ocean waves constantly crashing. I saw smoke and vapor coming up through the trees. The river flowed hot and fast. I grabbed my thermometer, and the average temperature was 86 degrees Celsius. Not quite 100 degrees Celsius, but definitely close enough. I followed it, led by the shaman’s apprentice to the most sacred site on the river: the mother of the waters. Here is the giant serpent spirit! Here we find a hot spring nursing a cold stream under her motherly jaws, thus bringing their legends to life. I was handed a tea bag and a mug and pointed toward the river. To my surprise, the water was clean and had a pleasant taste, which is a little weird for geothermal systems. What was amazing was that the locals had always known about this place. It was just part of their everyday life. They drink its waters, they take in its vapor, they cook with it, clean with it, even make their medicines with it, and I was by no means the first outsider to see it. So I asked the shaman if I could study it. He asked for my intentions and listened carefully. A smile began to snake across his face, and he laughed. I had received the shaman’s blessing to study the river. I could take samples on one condition: That wherever I was in the world, I would pour the waters back into the ground, so the waters could find their way back home.”

Since that first visit in 2011, Ruzo has returned to the river every year to do fieldwork. He describes in the talk how he’ll be submitting his geophysical and geochemical studies for publication, and presents today for the first time some of his discoveries. Says Ruzo:

1. First off, it’s not a legend. Surprise!
2. Why does the river boil? It looks to be the result of a large hydrothermal system. It exists independent of vulcanism. It’s unique, special on a global scale.
3. Working with Spencer Wells and Jonathan Eisen from UC Davis, we’ve genetically sequenced new life forms in and around the river, unique species living in the boiling river.

Despite all of these studies, says Ruzo, a question remains: What is the significance of the boiling river? His answer:

“To the shaman, it’s a sacred site. To the geoscientist, it’s a unique geothermal phenomenon. To illegal loggers and cattle farmers, it’s just another resource to exploit. To the Peruvian government, it’s just another stretch of unprotected land ready for development. My goal is to ensure that whoever controls this land understands the boiling river’s uniqueness and significance.”

“The thing is, we define significance. It’s us, we have that power. We draw that line between the sacred and the trivial. In this age where everything seems mapped, measured and studied, in this age of information, I remind you all that the discoveries are not just made in the black void of the unknown but the discoveries are made in the white noise of overwhelming data. There remains so much to explore. We live in an incredible world. So go out, be curious! Because we do live in a world where shamans still sing to the spirits of the jungle, where rivers do boil, and where legends do come to life.”

Read more about Ruzo and his work in National Geographic magazine.