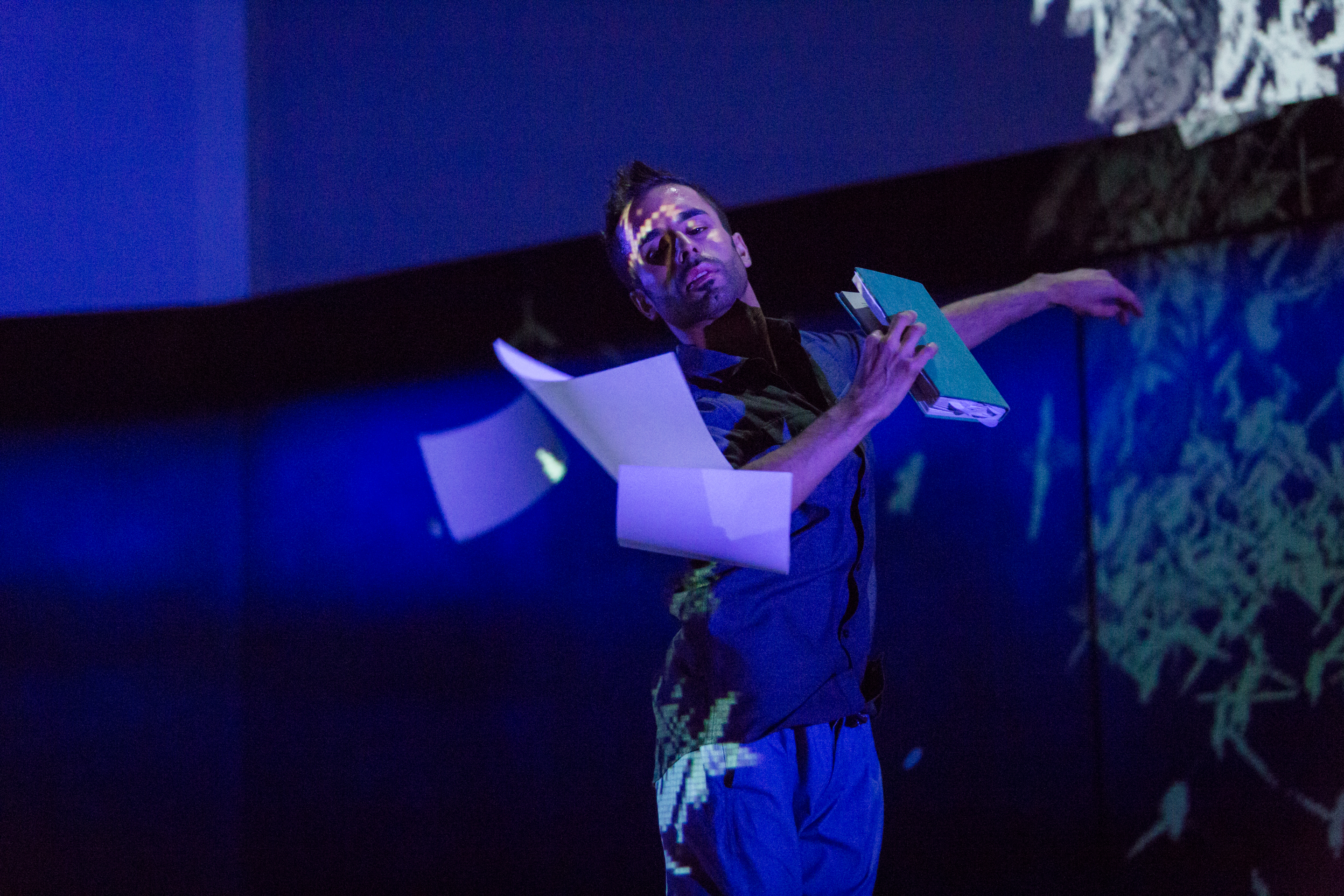 In the final session of TEDGlobal 2014, Mighty spaces, we take four journeys — three to great expanses in the world, and one into our minds and hearts:

A low blue haze lights the stage as choreographer Aakash Odedra spins slowly. The light grows and his dance picks up — a mix of classical Indian forms and modern interpretations. Then, from a simple, whirling dance, Odedra’s performance becomes a storm of wind, light and fluttering papers, creating bird-like formations in the air and on the screen behind him — which he controls with a Kinect as he darts through the tempest. Beautiful and dramatic, Odedra’s dance fills the room with its pulsing presence.

French Buddhist monk Matthieu Ricard has lived as a scientist, an author and the official French translator for the Dalai Lama. After years of talking with leaders, economists and neuroscientists, he believes that however complex the question may be politically, economically or scientifically, the answer boils down to a simple choice of altruism or selfishness. Ask yourself: What would the caring, considerate response be in this situation? Then, do that.

“I’m addicted to adventure,” says Fabien Cousteau, the grandson of Jacques Cousteau and a well-known ocean explorer in his own right. “I think the oceans still hold quite a few secrets,” he says. “If we’re going to explore the final frontier of this planet, we need to live there.” That’s just what Cousteau and his team did for a month this summer with Mission 31. They lived aboard Aquarius, an underwater lab chained to the bottom of the ocean off the coast of Florida, and conducted the equivalent of three years’ worth of scientific research in the span of 31 days. On the TED stage, he shares images and high-speed video of the very different view of animals they got living among them — we see an endangered goliath grouper (that barks!) and a rose sponge (which unfurls quicker than the eye can see). While this mission beat his grandfather’s underwater-living record by one day, Cousteau says that it wasn’t just about setting a record or even just about the science but about creating a visceral connection to the ocean. “My grandfather used to say, people protect what they love,” he says. [Read a Q&A with Cousteau about what he learned living underwater.]

Ethnobotanist Mark Plotkin is dedicated to protecting the uncontacted tribes of the world. He believes we should all be awed by the unlocked skills and knowledge of shamans and plant masters – but that the last thing we should do is intrude on their lives. Having worked for years in the most remote places in the Colombian rainforest, Plotkin has seen its beauty firsthand – the man-eating crocodile, the world’s biggest anteater, the, er, magical frogs. But life there is under threat — from illegal gold mining, illegal logging, narco-trafficking, hunting and fishing, trade and transport — and the wildlife and local tribes are in danger. Says Plotkin, “Every time a shaman dies it’s like a library burning down.” That’s why he started the Amazon Conservation Team, to introduce technology to already contacted indigenous groups, in culturally sensitive ways that don’t affect their lifestyle, and that help them protect other tribes.

For the final talk of TEDGlobal 2014, we head south – all the way south. Polar explorer Robert Swan is the first man “stupid enough” — his words — to ever walk to both the North and South poles, and he is deeply worried about the great ice melt in Antarctica. Ice chunks the size of small nations are breaking away from Antarctica — meaning that sea levels will rise at least one meter in the next century. In an impassioned call for preserving the “one beautiful, pristine place left on Earth,” Swan outlines the dangers presented to the Antarctic and his vision for the future: It’s protected now by an international treaty, but that treaty ends in 2041, the blink of an eye in treaty terms. He hopes that by 2041, world leaders will be committed to recycling, sustainability and renewable energy, which will save our last continent. 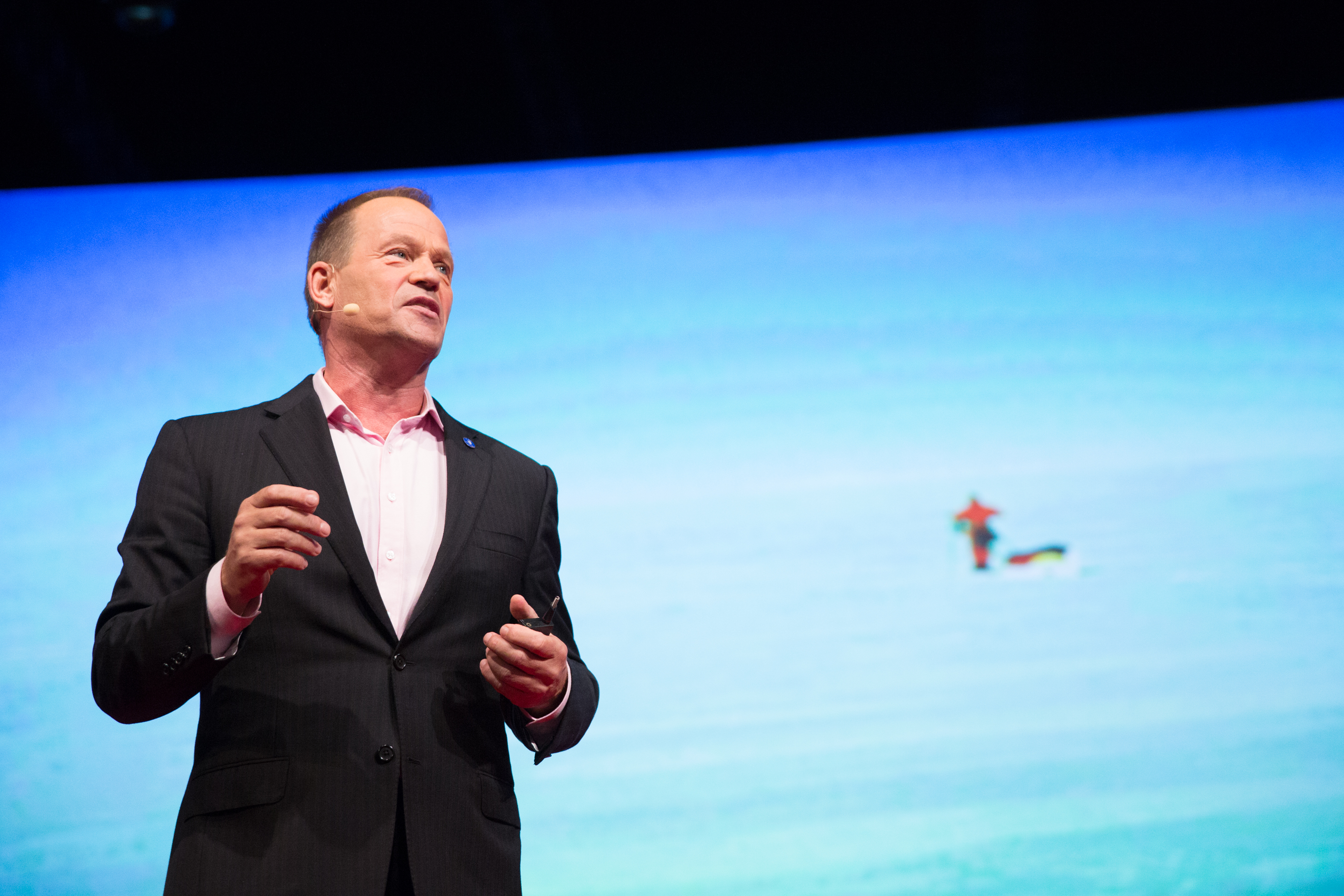