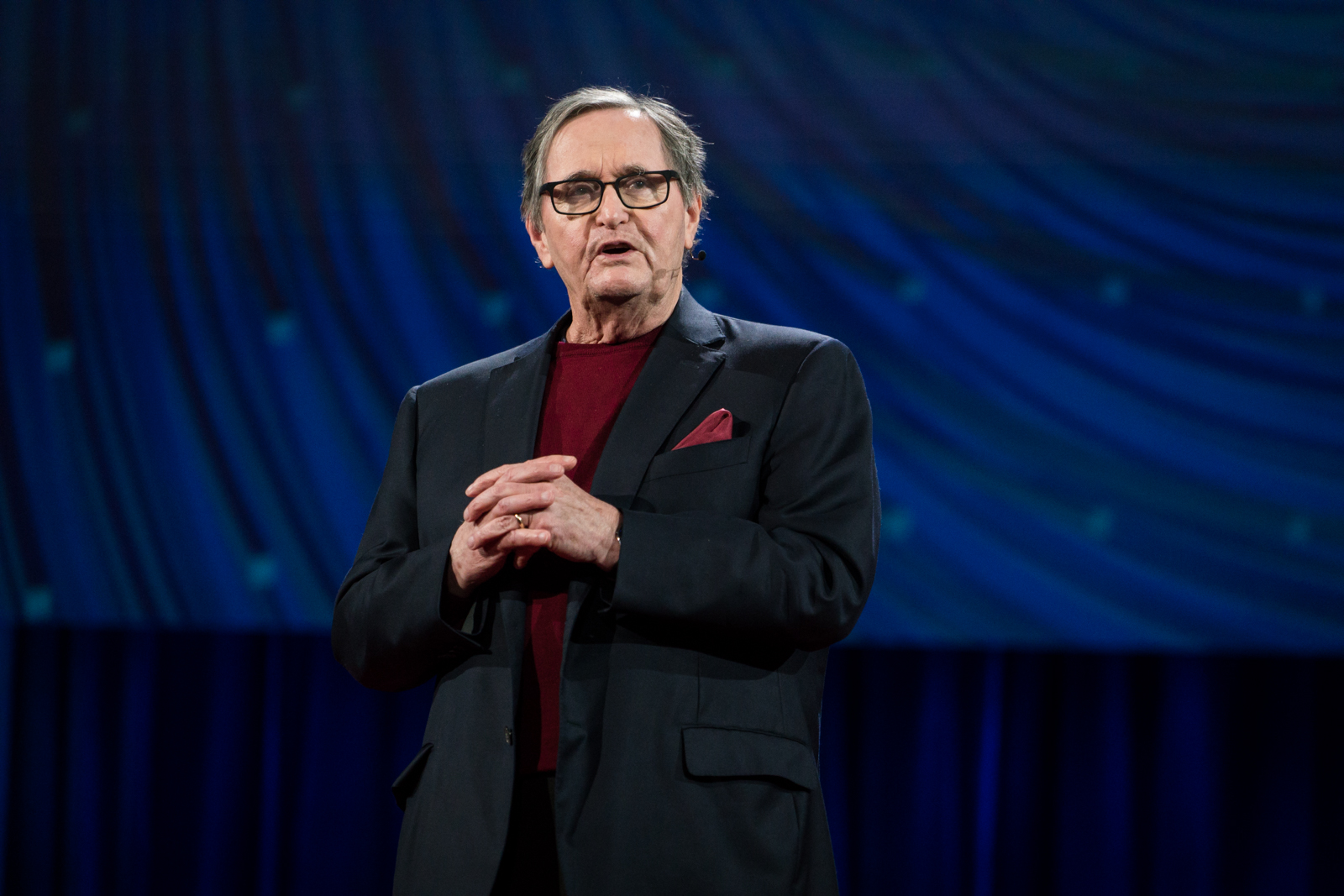 Brian Little studies what makes us like other people — and what makes us uniquely ourselves. He spoke onstage at TED2016 on Tuesday, February 16, 2016. Photo: Bret Hartman / TED

Brian Little is one of those professors everyone adores. Students sit starry-eyed in his class, hanging on his every word, and they line up at his door during office hours. But on the TED stage, he shares a secret: “I am as extreme an introvert as you could possibly imagine.” After interacting with students, he often retreats to the men’s room and puts his feet up in the stall in order to give himself a break. This is his way of coping with a line of work that asks him to transcend his nature.

Little is a personality psychologist. “What an intriguing group of individuals you are,” he says. “We try to make sense of how each of us — each of you — is in some respects like all other people, like some other people and like no other person.”

He looks at the example of extroversion. Extroverts “need stimulation,” says Little. Because extroverts are at their best when they’re responding to stimuli quickly, they seek out ways to get their level of arousal up. They love caffeine. In conversations, they tend to stand closer, use touch more and seek out direct eye contact. They prefer “black-and-white, concrete language.” They even have sex more often.

Introverts act in ways to get their level of stimulation down. They step backward in conversations and seek out quiet places — actions that can often be misconstrued. They prefer more “contextually complex” sentences. “We sometimes talk past each other,” says Little.

“Is that all we are? Are we just a bunch of traits?” he asks. “No, we’re not. Remember, I said you’re like some other people and no other person.” What makes a person Elizabeth, George or whoever we may be are the things we’re passionate about and the missions we take on in life. And we can act out of character in order to “to advance a core project in our lives.” For instance, Little explains how he’s able to push through his introversion and connect with his students as a professor. “I adore my students, and I adore my field and I can’t wait to tell them about what’s new and exciting,” he says. “So I act in an extroverted way.” In other words, he says, “I profess.”

We all make adaptations that let us act of character, says Little, but we need to realize we’re doing this. “We need to be careful when we act protractedly out of character,” he says. “Sometimes we may find that we don’t take care of ourselves.” And this, he says, is why he needs, sometimes, to retreat to the bathroom.

“And that’s where I’m going now. Don’t follow me, thank you.”