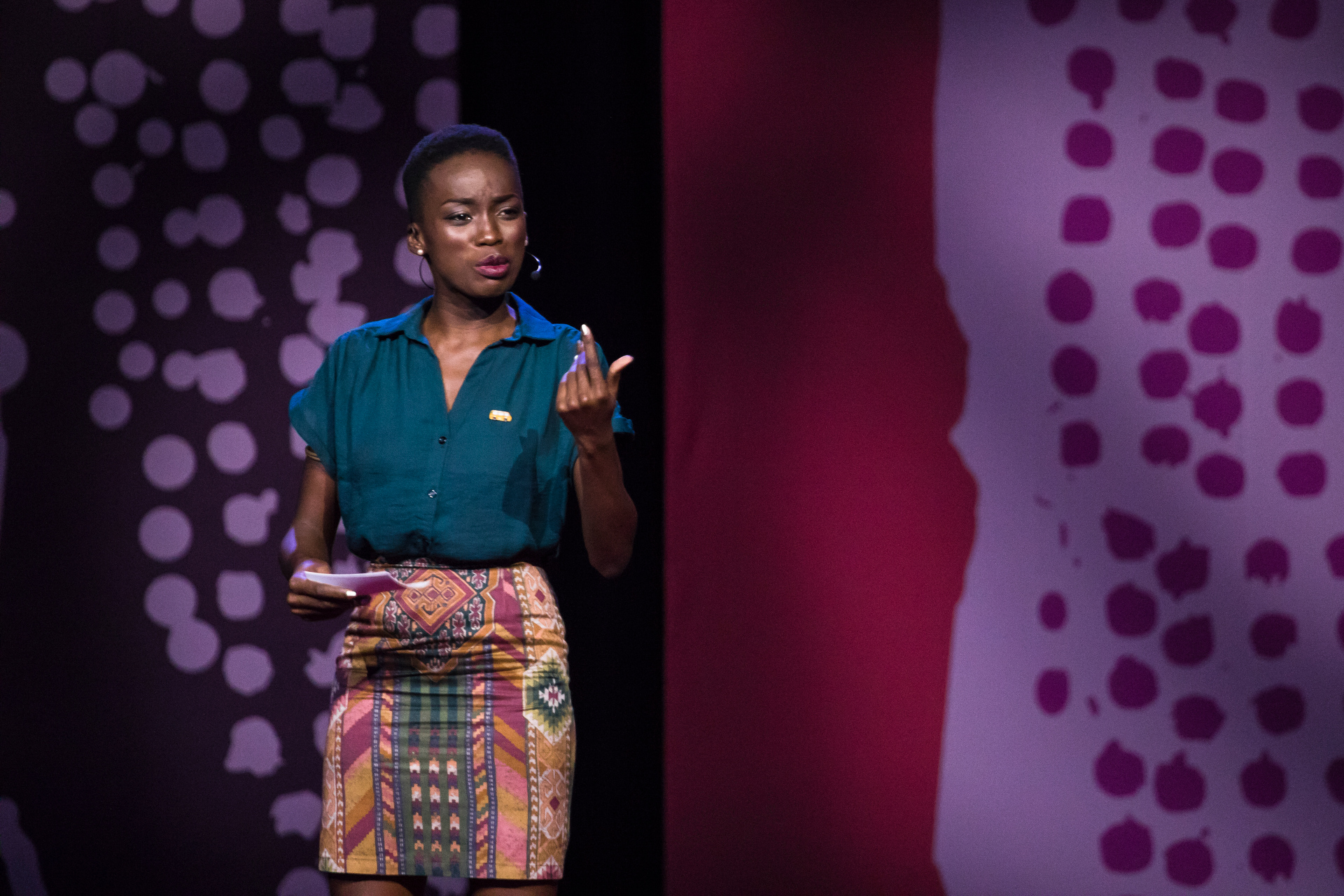 For 12 spellbinding minutes, OluTimehin Adegbeye gave us a moving, challenging talk on cities and communities — and who gets to belong. She spoke at TEDGlobal 2017 on August 30 in Arusha, Tanzania. Photo: Bret Hartman / TED

Urban gentrification in Lagos is displacing hundreds of thousands of people who do not fit into the administration’s resplendent vision for the future. Their crime? Poverty. In what was one of the most moving talks of TEDGlobal 2017, OluTimehin Adegbeye calls us to consider the human cost of progress, specifically for the former inhabitants of Otodo Gbame, a coastal Lagos fishing community that was forcefully demolished to make way for a prime beachfront development. In 12 minutes of fearless oratory, punctuated with ironic humor and stories, Adegbeye makes the case for why cities must have consciences. We asked for more details about the Otodo Gbame situation, and how to think about creating cities that don’t leave their people behind.

How did you come to be invested in the subject of cities pushing out the poor? Was it before or after Otodo Gbame?

Definitely after Otodo Gbame. I had been vaguely aware of some of the anti-poor policies and actions taken by successive governments in Lagos, but the demolition of Otodo Gbame was the first incident that really woke me up to the injustice and urgency of the situation.

My initial involvement was the result of feelings of helplessness; I didn’t know what I could do, so I volunteered to write about it. But the more stories I heard in trying to write, the clearer it became to me how the structures that allowed anti-poor violence to exist unchallenged were not all that different or separate from those that allowed misogyny, or any other kind of violence really, to thrive. So my involvement became less about a desire to ‘help’ others and more about trying to dismantle systems that hurt me too, whether directly or by allowing me to be complicit in unchecked violence.

You are an activist with many causes. Why did you choose this one to be the subject of your talk?

I chose this topic because of the urgency of the situation. The demolitions and forced, systematic evictions in Lagos are happening with increasing regularity under the current government, so my hope is that the talk will lead to increased scrutiny of the actors who are responsible for these displacements, and eventually the abandonment of a model of “development” which prioritizes profits over people.

You said that these forced evictions are unconstitutional, but they happen anyway. I’m aware that there was a court ruling in favor of the displaced Otodo Gbame residents. Are you close enough to the situation to describe the current legal status of the issue? Will those people see some sort of vindication at some point? Or is justice too much to hope for?

The latest update I have is that the Lagos state government is appealing the ruling in favor of Otodo Gbame and other waterfront communities. I’m not sure what the grounds of the appeal are/will be, but since the people of Otodo Gbame have still been neither compensated nor resettled, it doesn’t seem like the executive is particularly interested in justice.

There are certain agencies within the government who have announced intentions to collaborate with informal settlements and waterfront communities to pursue in-situ upgrading, but very little if any concrete action has come of this.

Do you think the Lagos state government hears, feels this at all? Have you seen any reactions or indications that they do?

The Lagos state government definitely knows there has been widespread resistance and outrage, especially where Otodo Gbame is concerned. A handful of government officials, including the governor himself, have made statements attempting to explain or justify the demolitions in the wake of public outcry. However, it is anybody’s guess whether they are interested in going beyond trying to save face.

Asides TED, where else have you talked about this?

I’ve written about the demolitions for US and Norwegian publications, but TED is the only place I’ve spoken about them. I think it’s a great choice for getting the word out.

Do you have an organised campaign working on this?

The NGO I work with, the Justice and Empowerment Initiatives, at justempower.org, has created a social media campaign tagged #SaveTheWaterfronts, which is specifically about the waterfront communities that are under threat in Lagos, and a broader one tagged #InclusiveLagos that comments on the threats to livelihoods, police brutality, forced migration and other actions that target marginalised groups

Who else is championing these people’s rights, and how can they be supported/helped? Are there organisations that are trusted channels for this help?

JEI has been working with waterfront communities and informal settlements in Lagos and port harcourt, Nigeria, for the past few years. Their model of legal empowerment is one I find incredibly effective for bottom-up organising, and they are a donor-funded organisation so I would definitely recommend donating to them.

Are there other communities at risk of displacement that we should be paying attention to right now?

Right now, Ago Egun Bariga, which is one of the communities you can see from Third Mainland Bridge in Lagos, is being slowly starved out by land reclamation activities that the Lagos state government contracted out to a Nigerian subsidiary of Boskalis, a Netherlands-based company. Efforts to dialogue with them have so far proved abortive. Also, another community, Abete Iwaya, was demolished just two days before I left for TED Global.

This is probably an unfair question, but do you have any thoughts about how to create more inclusive cities, cities with consciences?

I think there are many, many answers to this question that have merit — many of which have been proffered by people with greater expertise than me. But I would suggest responsiveness. Cities that take the needs of their residents into consideration as they grow will inevitably become cities with a conscience, I think. So then the question becomes who the powers-that-be consider ‘legitimate’ residents, and how that is defined. Because it’s not true that the exclusionary cities we have today don’t respond to their residents; it’s just that they respond to a very specific subset of residents. Which brings me back to the question of belonging. So maybe cities with a conscience are those that are non-discriminatory in their responsiveness.