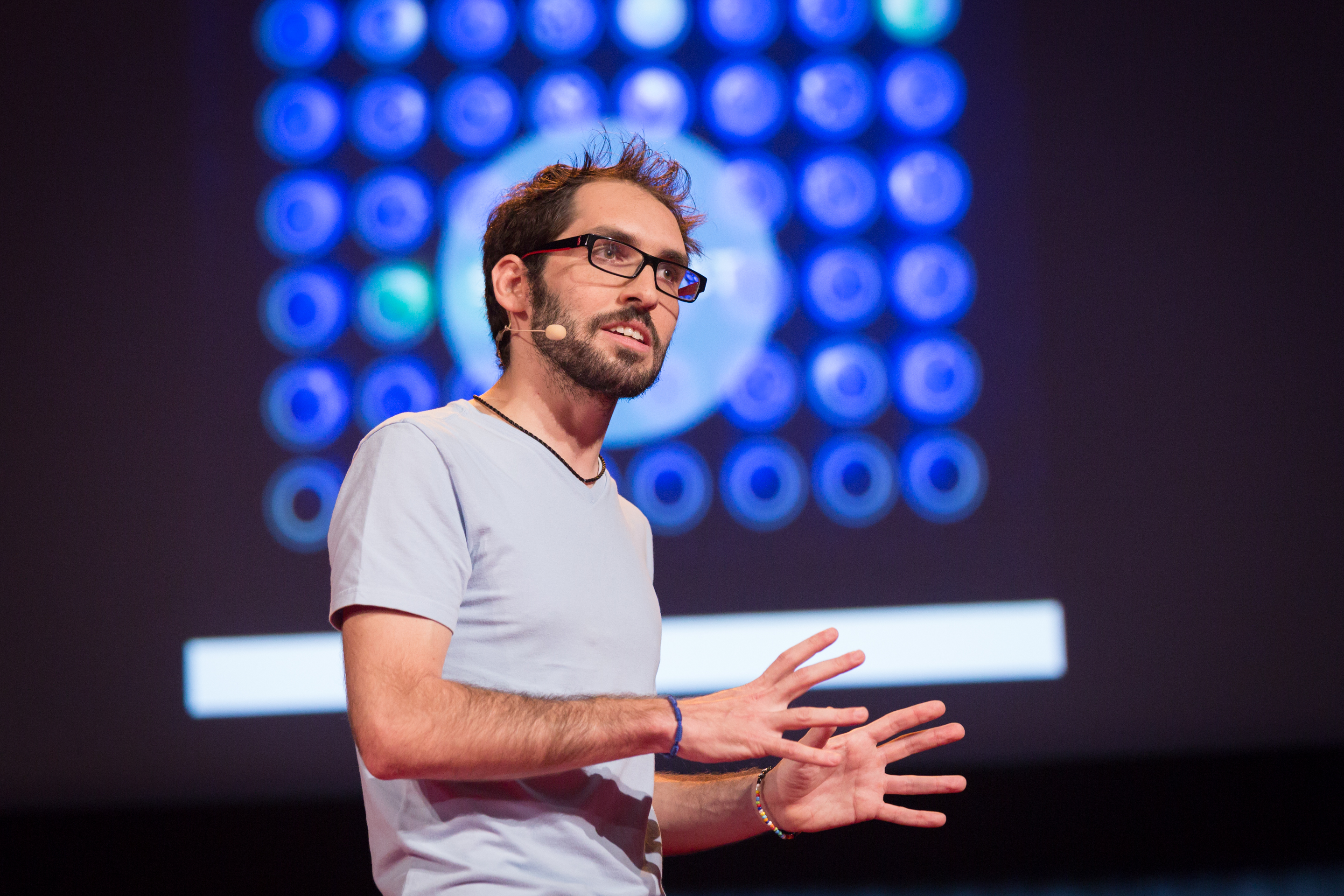 Cancer detection technologist Jorge Soto is developing a simple, non-invasive, open-source test for early detection of multiple forms of cancer. He demonstrated a working prototype of this cancer detection platform for the first time today on the TED stage in Brazil.

About a year ago, Jorge Soto’s aunt started suffering back pain. It was a normal injury for someone who played tennis for 30 years, but when she wasn’t feeling better after a while, doctors decided to do further tests. First they did X-rays. Then they did a biopsy. Finally, they discovered that his aunt had stage 3 lung cancer, even though she had no risk factors — this is a woman who never smoked or drank, who had been playing sports half her life. Perhaps that’s why it took almost six months to get her properly diagnosed. Does this story seem familiar? It should — one out of three people will be diagnosed with some type of cancer during their lifetime, and one out of four will die because of it, notes Soto. The process of going back again and again back for new tests, describing symptoms to different doctors, is stressful and frustrating for everyone. Yet even though we know that catching cancer early is the closest thing we have to a silver bullet against it, most of us still have to wait for symptoms to indicate that something’s wrong. Why? Because that’s the way cancer diagnosis has been done since the beginning of history. “We have 21st-century treatments and drugs, but 20th-century procedures and processes for diagnosis,” says Soto. That’s exactly what he and his team want to change.

Together with a team of scientists and technologists from Chile, Panama, Mexico, Israel and Greece, Soto has been on a journey to make cancer detection at the early stages easier, cheaper, smarter, and more accessible than ever before. Now that progress in biotech is not just being accelerated, but also democratized, Soto and his team believe they have found a reliable and accurate way of detecting several types of cancer at early stages, through a blood test detecting small molecules called microRNA. “The virus creates a unique pattern for each type of cancer. making microRNAs a perfectly, highly sensitive biomarker,” says Soto. Yet we cannot use existing DNA-based tech to detect them, because they’re much smaller than DNA.

For the first time in public, Soto demonstrates a working prototype of the early cancer detection test that he and his team have built. “Imagine that the next time you go to your doctor, a lab tech takes a few drops of blood and extracts RNA.” The tech then spreads your RNA sample across several plates, each one of which contains biochemistry markers looking for a specific RNA. Then, the plates go into a test box — in this prototype, a blue cylinder about as big as a layer cake. The tech puts the plate inside the box to be processed for a specific reaction, measuring how much and how fast each biomarker shines. The next step is to hook up a smartphone to the test box, to act as a connected computer and camera. When the test is over, the phone sends the pictures up to an online database for processing and interpretation. The final processing step compares specific microRNA and how they have reacted over time with the existing data and documentation around microRNA patterns related to certain cancers. The whole test takes about 60 minutes, allowing doctors and patients to get results in real time. Currently the entire platform is a working prototype — but it works. “This is what pancreatic cancer looks like,” says Soto in a tech demo onstage, using pre-existing data. Although the test is still in the early stages of development for broader use, so far Soto and his team have used it to successfully identify pancreatic, lung and breast cancer in humans. His end goal: a simple, non-invasive, accurate and affordable test that uses state-of-the-art microbiology and data science to tackle cancer. To bring that possibility closer, Soto and his team are making the entire design of the device open source. “Cancer detection should be democratized,” he says.

Right now cancer detection often happens at stage 3 or 4. That’s too late, and too expensive, for both families and humanity. “Today my aunt is fighting bravely, but I want fights like hers to be very rare,” says Soto. “I want to see the day when cancer is treated easily because it can be routinely diagnosed in the very early stages.” When that happens, the way we see cancer may radically change.