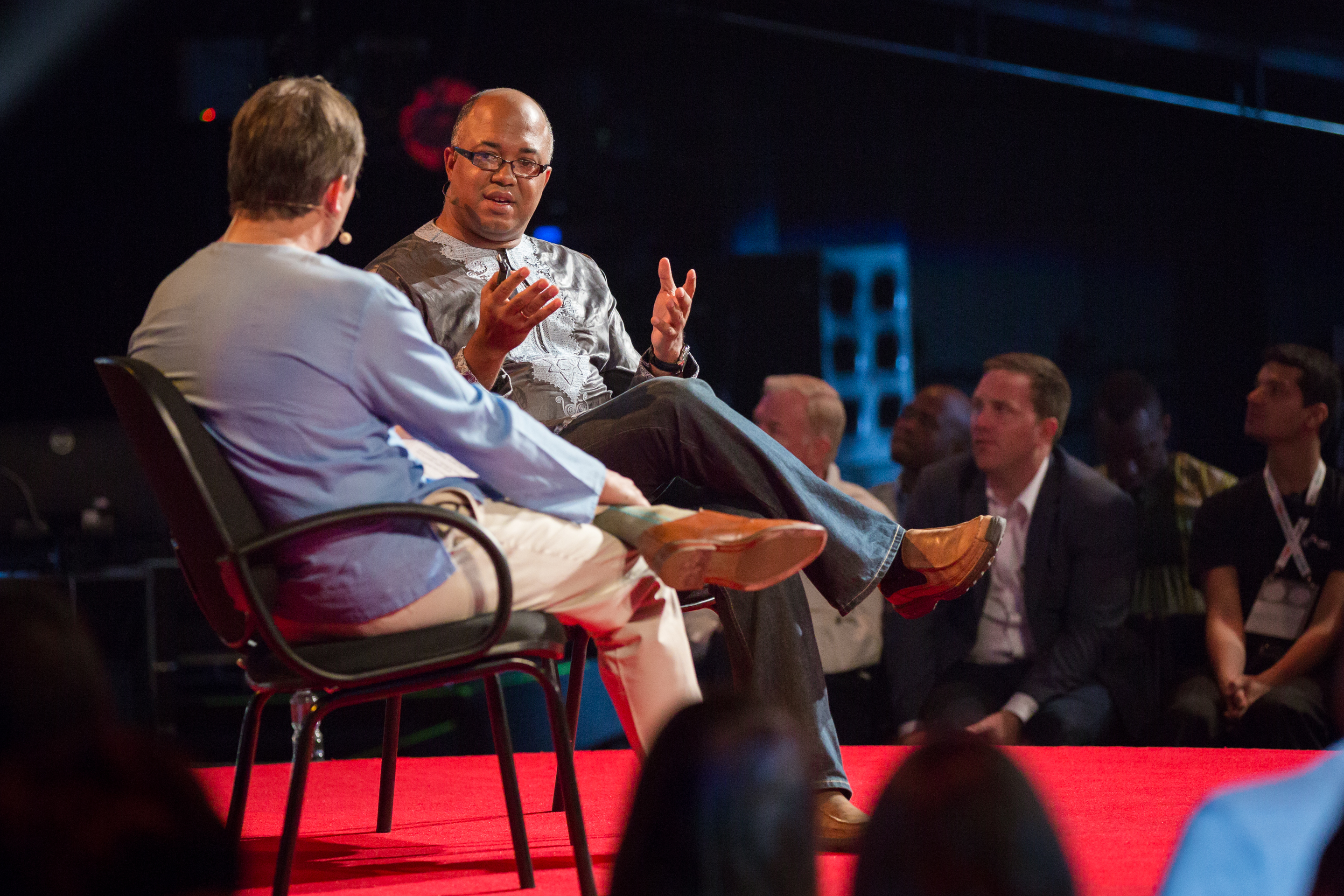 Ten years ago, epidemiologist Chikwe Ihekweazu helped fight an outbreak in South Sudan. This TED Fellow now runs the health consultancy EpiAFRIC, writes about public health issues in his native Nigeria, and is soon to start a four-week rotation on the ground fighting the Ebola epidemic. So as the outbreak continues, he sat down for a Q&A with Chris Anderson in Session 11 to give insights into what is happening and how concerned we all should be.

The first question: Can we get the scientific overview of what Ebola is and how it makes people sick?

Ihekweazu gives the disconcerting answer that, unlike some other viruses, we don’t know what the natural host is for Ebola. We do, however, know that in humans it is passed through contact with bodily fluids. We know that the disease has an incubation period of 2 to 21 days and that, unlike many other viruses, you can’t actually transmit the virus unless you are ill. “Most outbreaks are relatively small,” says Ihekweazu. In the South Sudan outbreak he helped fight a decade ago, there were less than 30 cases.

This time around, things are much worse. As of this moment, there have been close to 8,000 cases and 4,000 deaths. “This is really the worst outbreak we’ve ever dealt with — there’s really been nothing close,” says Ihekweazu. Public health advocates have one main tactic from here: to stop the chain of transmission from one sick person to another. Those most at risk for infection are family members of those already infected, health care workers and people involved in funeral rites.

The difficulty of fighting the Ebola epidemic in Africa connects to larger currents on the global stage. To illustrate this, Ihekweazu shows us two highly distorted maps of the world. The first illustrates the global deaths from infectious diseases— in this map, Africa and India are severely bloated, while the Americas appear as just a sliver. The next map shows public health spending in the world—here, the United States and Europe appear gigantic, while Africa becomes a thin line. Ihekweazu drops the shocking fact that there is one doctor to every 100,000 people in Liberia. “For Ebola to cause an outbreak, it probably picked the best two or three countries to happen in,” he says.

Ihekweazu says that he learned some important lessons in South Sudan that will be helpful this time around. For example, that the stark remoteness of isolation wards is a problem. “If you come to a place like this, it’s likely that you’re going to die there,” says Ihekweazu. “The cycle of anxiety keeps people away and keeps the outbreak spreading, because people stay home and infect their loved ones.” A big challenge now is convincing people to trust local hospitals in which they have “little confidence.”

But there is a success story: the containment of Ebola in Lagos, Nigeria. When the first case of Ebola cropped up there, it spread to 13 people quickly. But then the spread stopped. An Ebola response center was quickly spun up.

Thousand of people who’d had contact with patients were contacted and monitored carefully. It worked — there have only been 8 cases since.

Anderson’s next question for Ihekweazu: At this late stage, can the world get this under control?

He feels encouraged as he sees the international community rallying to support the countries most affected by Ebola. “This is a challenge for our common global community — not just a problem for Liberia and Sierra Leone,” he says. “Whether it’s influenza in Mexico, or SARS in Hong Kong, or Ebola in Liberia, the boundaries we hold so dear are not respected by infectious diseases.”

In Africa especially, governments need to step up. Ihekweazu points out that many hospitals and schools operate without running water, something he says is unacceptable. “How do we mobilize resources to deal with health, education, justice systems, to keep pace with development we’re seeing driven by the private sector across Africa?” he says. “We have a large economy, but it’s all private sector. Our public sector needs to step up.”

The final question: What can people do to help?

Ihekweazu stresses two things. First, that people support governments that are giving resources to fight this epidemic. And second, that they give money directly to Médecins Sans Frontières, or Doctors without Borders. “They know what to do — they’ve done it for years,” he says.