Some wonderful comments to choose from this week … so I chose two: 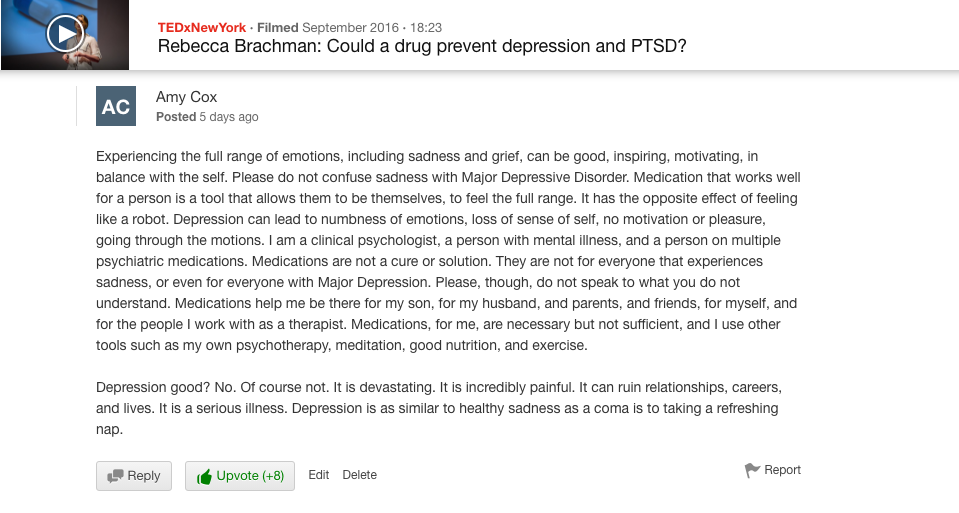 Amy Cox writes: “Experiencing the full range of emotions, including sadness and grief, can be good, inspiring, motivating, in balance with the self. Please do not confuse sadness with Major Depressive Disorder. Medication that works well for a person is a tool that allows them to be themselves, to feel the full range. … Depression is as similar to healthy sadness as a coma is to taking a refreshing nap.”

I like Amy’s comment for a few reasons. It is in response to a comment that implied that depression could be a good thing, which can stir up many emotions for those people that depression has been anything but good too. When something hits so close to home, we tend to act — and comment — defensively. Amy was firm in her beliefs, and what she knows to be true, without becoming overly defensive or resorting to ad hominem attacks. She stated her areas of expertise clearly — as a clinical psychologist, a person with a mental illness, and a person taking psychiatric medications — which added context and credibility to the points she makes. Being able to disagree with respect, even over the most personal of topics, is so important, and I’m very grateful for Amy’s calmness and clarity. 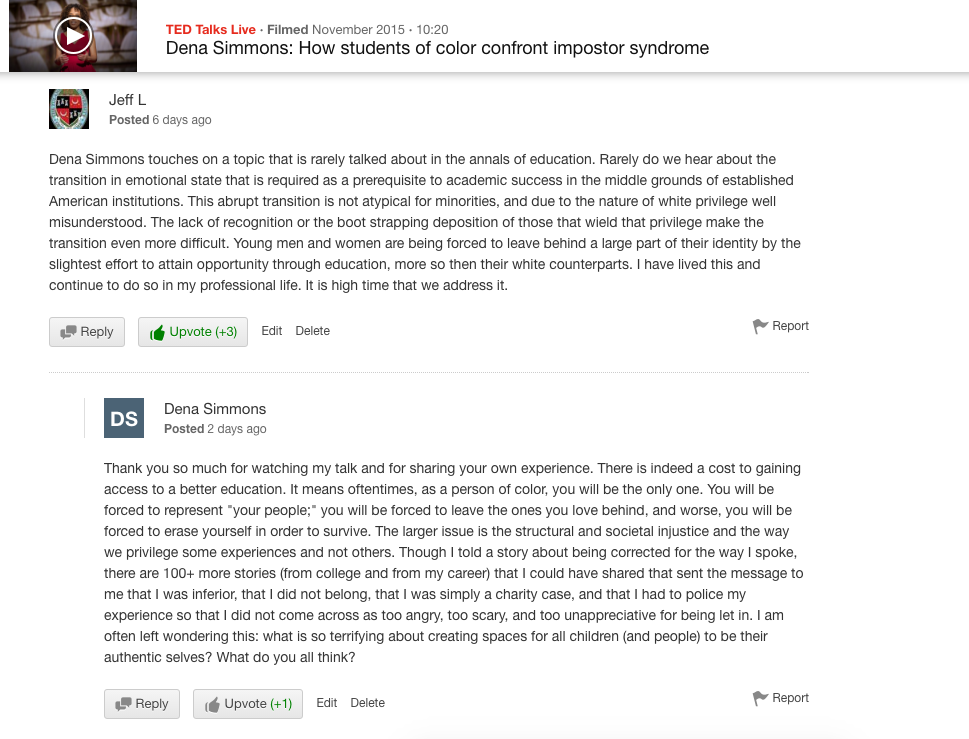 Jeff L. writes: “Dena Simmons touches on a topic that is rarely talked about … Rarely do we hear about the transition in emotional state that is required as a prerequisite to academic success in the middle grounds of established American institutions. This abrupt transition is not atypical for minorities, and due to the nature of white privilege well misunderstood.”

I intend to highlight Jeff’s comment, but felt I must also share our speaker’s response. Really, it’s their interaction that I feel is so wonderful. Dena’s question to both Jeff and the community at the end, if answered, can be the best part about comments. The discussion of what can be done, with honest, respectful people, can ease anxieties around what isn’t being done right now. Also, crowd-sourcing ideas in this way, on this platform, has the potential to be quite powerful. Our community always has *incredible* ideas, and I’ll hope they’ll put that brain power to work and join Jeff and Dena’s conversation.