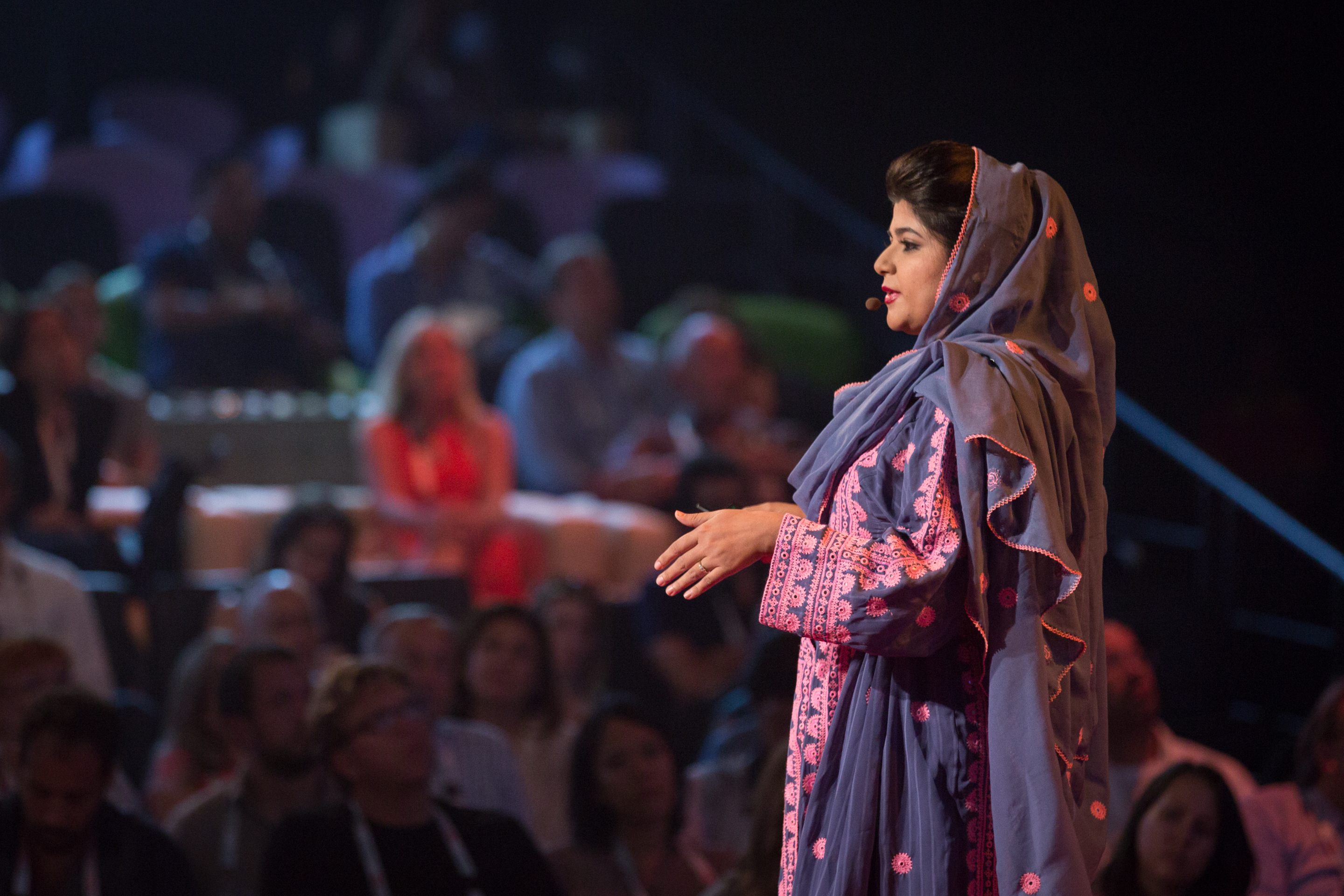 Khalida Brohi grew up traveling between two very different parts of Pakistan: the bustling city of Karachi, where her parents moved so that she and her sisters could go to school, and a small village in Balochistan, where her family has its roots. Brohi got a modern education, and also developed a deep reverence for her tribal traditions. Those two threads often tangled — especially when it came to the treatment of women.

As a teenager, Brohi watched as, one by one, her childhood friends entered arranged marriages, sometimes against their will. When she was 16, she received word that a close friend had been murdered by her family in an “honor killing.” She set her mind on starting a movement to stop these practices. But as it gained momentum, it also spurred a backlash.

“We were challenging centuries-old customs in these communities. They stood up, saying we were spreading un-Islamic behavior,” she says. “We were standing against the core values of people, challenging their code of honor and hurting them deeply in the process.”

So Brohi did something outrageous: she apologized. She asked the communities for forgiveness — and then asked for her tribal leaders to support her in an effort to promote one of their prized traditions: embroidery. She got them on board with the idea of establishing a center in the village where women could get together and stitch embroidery. And while these women gathered to learn and work, in a rare moment without male supervision, Brohi and her team offered up information about their rights along with instruction in this ancient art. By creating these embroidery centers, called the Sughar Empowerment Society, Brohi has had more of an impact than she ever could have imagined.

Brohi just shared her story on the TEDGlobal 2014 stage. We spoke to her before she left for Brazil. Below, three key questions from that interview. Read the full Q&A on Ideas.TED.com.

You’ve said that Sughar is part embroidery and part empowerment. How do those fit together?

Inside the center, we actually teach three things. The first is enterprise development. The second is life skills, with education on women’s rights. And the third is traditional embroidery. We have chapters on all three. Local facilitators teach the women for six months.

We’ve also learned that we have to teach men as well as women. For men, we had to come up with something really amazing, because men weren’t very interested in our work. We came up with the idea of cricket tournaments. We started bringing in different cricket teams that were famous in the area, and inviting the men from the villages to watch the match. And we would have one of our team members do the announcing. Our team member was taught that — in the middle of the game, when everyone is very excited about what’s going to happen next — that’s the time to start talking about women’s rights. Since everyone wants to know what’s going to happen, they don’t want to move. A majority of the men sit there, watch the game, and listen to these messages that are very important for them to hear. We’ve seen that these messages are having a very slow impact on them. They go to the markets and they say, “Hey, did you hear that in Islam…”

The other thing we do for men is a monthly meeting. We ask men the question, “What have you done for your women this month?” It can be, “I gave her two pills for a headache.” And they are really proud to share this. Every month, even if it’s two men sharing things, we make it such a big deal. We clap for them and show what a hero they are. Every month, more men get inspired. When they tell that story in front of everyone, the whole village claps for them.

How did you learn embroidery?

As a child, I’d see all my aunties sit every day at 2 p.m. — after lunch was done and they had cleaned the house — and sing as they did embroidery. In my tribe, there are many, many songs and the women all sing to each other as they embroider. I would be playing, and my grandmother would pull me aside and make me sit down. She would tell me that no one would marry me if I didn’t do embroidery. As a 9-year-old, I had to learn all the patterns. She was thinking that I would get married at 11, and because I was soon to be a bride, I needed to know this. 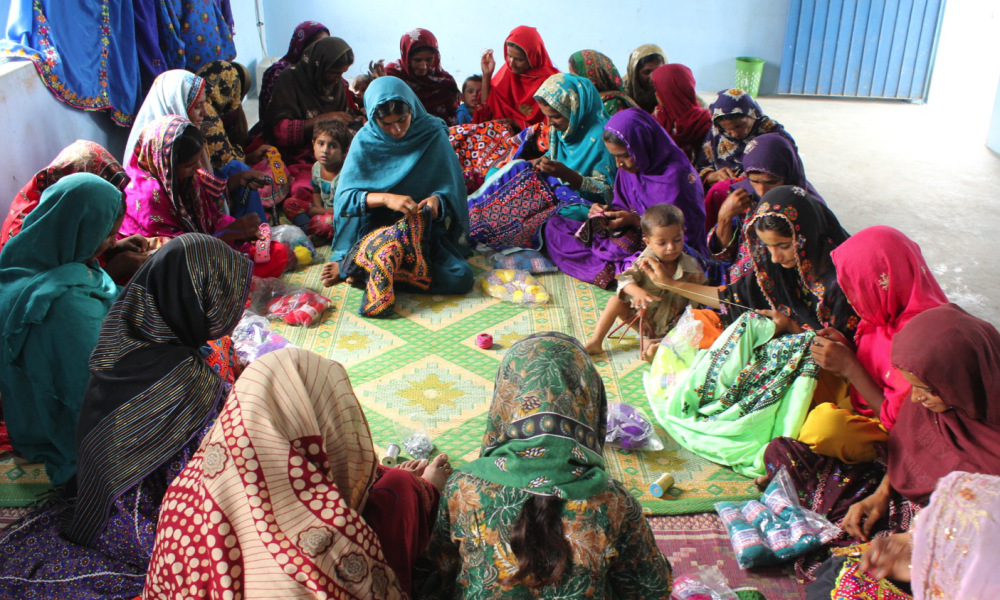 In the villages, women are not allowed to speak a lot. They’re not allowed to laugh loudly, because it’s immodest. So I’ve always been really curious what people are thinking when they’re silent. When I was sitting with older women and they were silent, I realized that they were using these patterns. They would use extremely bright colors — yellow, orange and dark red. They’re not able to talk, but the embroidery is talking for them. They speak through something they’re creating. They would create something for their daughter’s dowry, and it was all like colors exploding from the dress.

When I grew up and Sughar came into shape, I realized that women want to talk. They want to share the stories that mean so much to them. Embroidery can do that for them.

What does Islam say about women’s rights?

There were many times inside the centers when women found out what their rights were — that when they’re sick, their husbands should take them to the hospital or that they should be allowed to go by themselves. The women would be very angry. They were like, “Oh my god, let me talk to him today.” We said, “We are not teaching this so that one gender should have more freedom than the other. We are doing this so that both of you are balanced.”

Read the rest of this Q&A over on Ideas.TED.com »