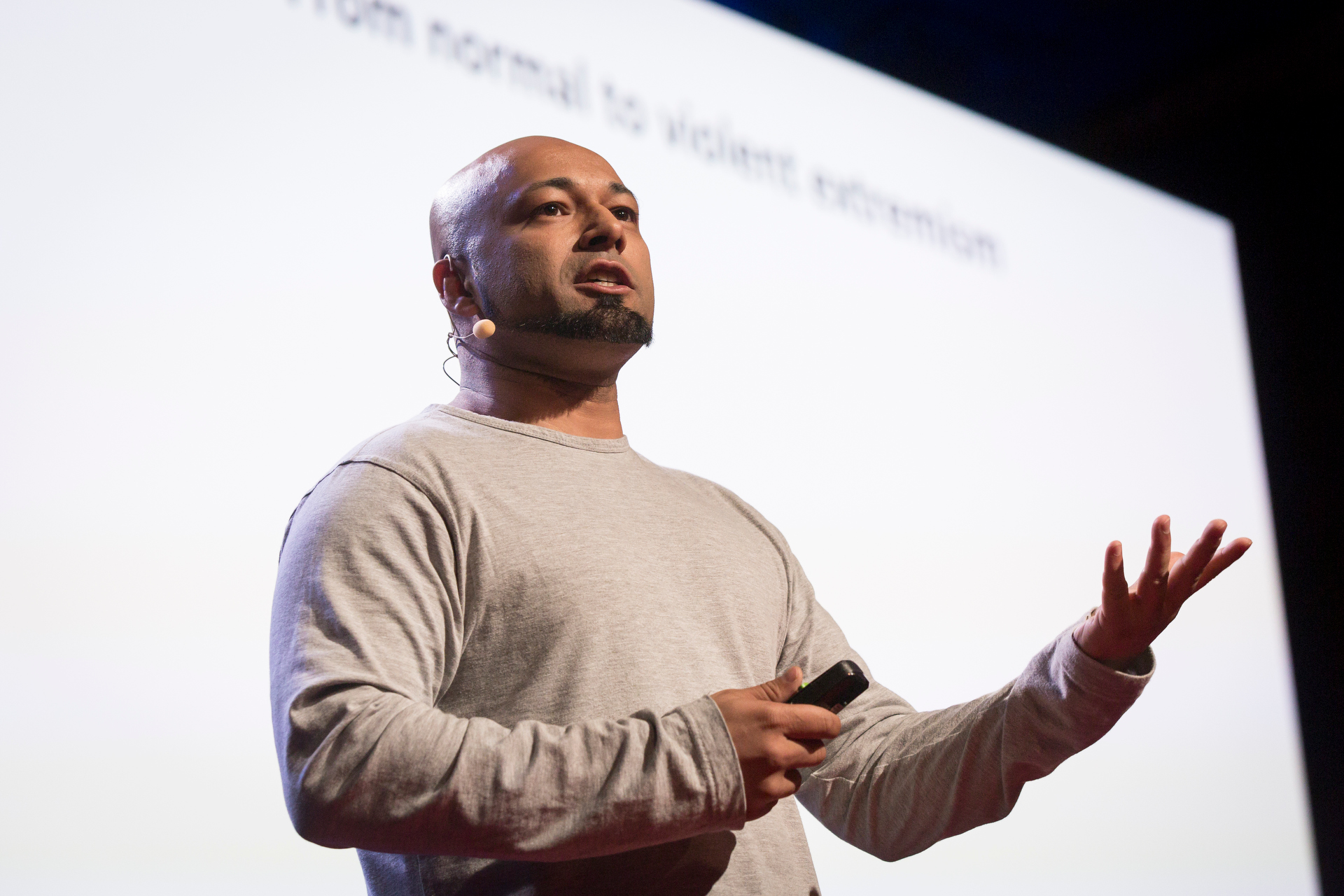 “I initially celebrated the 9/11 attacks,” says Mubin Shaikh. “When the news came in over the radio that a plane had hit the building, the first words that came out of my mouth were ‘God is great.'”

This was not a natural response, says Shaikh. “Extremists are made, not born,” he explains.

Shaikh grew up in Canada, where he went to a multicultural public school that had warm, encouraging teachers; but on nights and weekends, at his Islamic school, beatings for mistakes were common. But it wasn’t until high school that he started down the path to radicalization. His story changed one night when he had a party while his parents were out of town. His uncle came over in a rage, and chastised him for having a party while his parents were out of town, saying he had “defiled” his family’s home. “I thought the only way to get honor back was to get quote-unquote religious,” he says.

He traveled to India and Pakistan to study Islam. There, he befriended a group of extremists, who extolled the virtues of the AK-47. “I was bit by the jihadi bug,” he says.

Shaikh returned to Canada and became an active recruiter for the cause. “We saw ourselves as vanguards of the faith, ready to vanquish enemies by any means necessary.”

But his story pivoted once more, after 9/11. “I quickly realized that I could not reconcile my understanding of religion with what I’d seen and witnessed,” he says.

He decided to travel to Syria to study more. Seeing life in a police state shifted his thinking. He started studying with an Islamic scholar who challenged his violent understanding of the Koran. “My interpretations were completely wrong,” he says.

He was de-radicalized, and returned home. In his first week back, he saw an article about a man who’d been arrested on terrorism charges —and he recognized the man as a friend from his Islamic school. He called the police. This time, he was recruited to become an undercover counterterrorism operative.

Shaikh has given testimony in five legal hearings over the past four years. He can’t tell us too much about his work, but he can share what he’s learned doing it.

“One of the things I noticed was the presence of converts in these groups,” he says. “The vast majority of converts become better Muslims than born-Muslims. And those from more generally dysfunctional background are more vulnerable to be recruited by extremists.”

“Radicalization is a process,” continues Shaikh, “in which an individual comes to believe that violence in public spaces is acceptable.” There are many reasons this can happen, some on the individual level — a sense of frustration, a lack of belonging, a desire for adventure — which compound once someone is brought into contact with extremists. “When you join a group, you are more likely to do things you would not do as an individual,” he says.

The question now: how do we reverse this? To Shaikh, the key is breaking the radicalization process and reaching people before they reach the tragic conclusion of the extremist path.

“I have traveled thousands of miles, and interacted and learned from thousands of people,” he says. “I know I stand here stronger today knowing that I have a deeper understanding of extremism.”