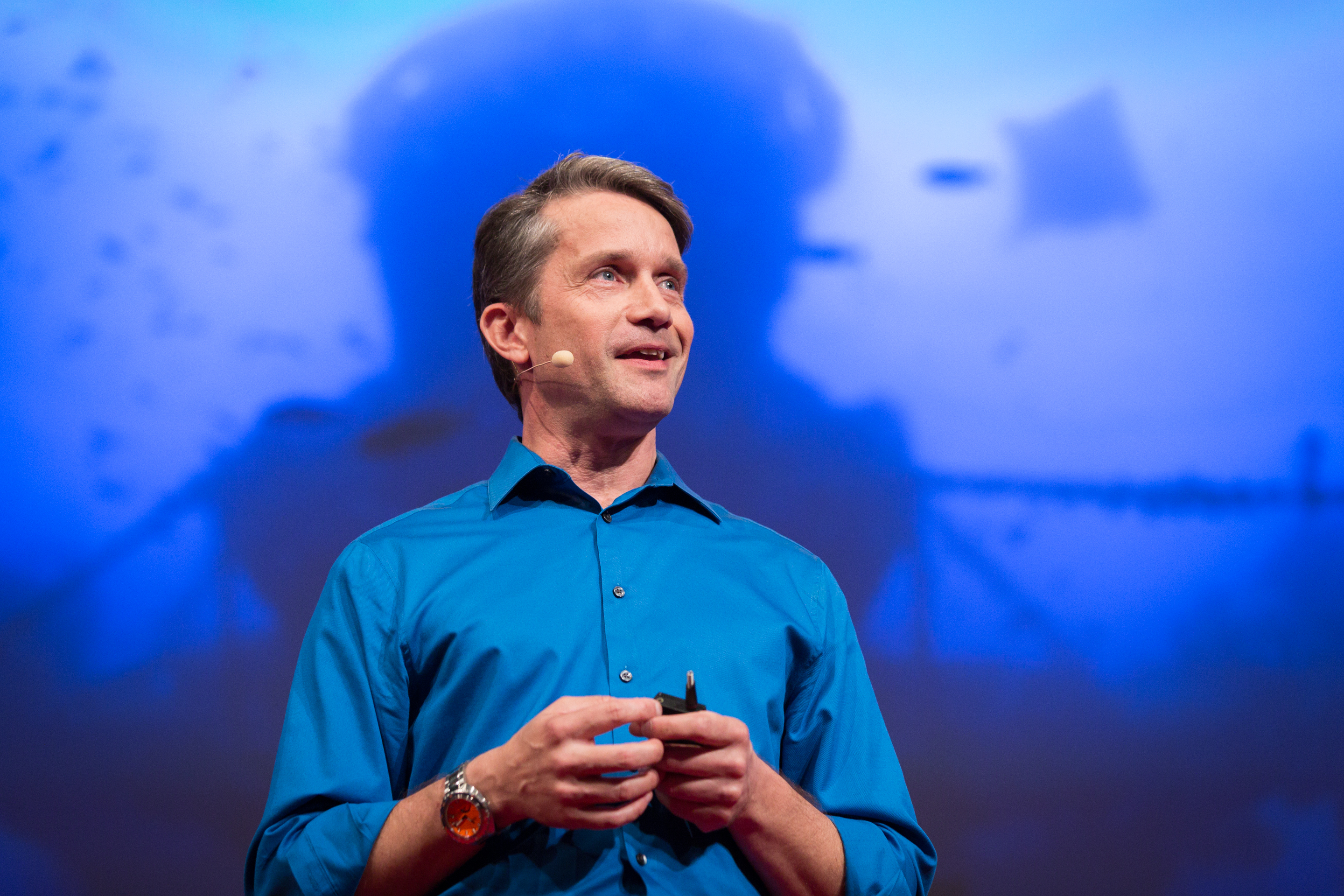 Whenever Fabien Cousteau opened the door of his home during June, he met the neighbors: sharks and grouper. That’s because Cousteau was living underwater for 31 days, in a deep sea lab off the coast of Florida.

At TEDGlobal 2014 this morning, Cousteau spoke about Mission 31, during which he and his team conducted experiments that will result in 10 scientific papers and held Skype classroom sessions that reached nearly 70,000 students around the world. “If we’re going to explore the final frontier of this planet, we need to live there,” he said. “It gives us the luxury of time to explore, to understand more.”

In his talk, Cousteau — who is, yes, the grandson of Jacques Cousteau — shared some of the high-tech tools he and his team used to get a new view of the creatures of the ocean. He showed the Edgertronic, which captures slow-motion video at a rate of 20,ooo frames per second. Below, enjoy some GIFs of footage captured with it.

Before TEDGlobal, we spoke to Cousteau, to hear more about what life was like aboard the Aquarius. We also got ask him the question we were dying to ask: Did he ever consider doing anything besides oceanography? His surprising answer in this Q&A on Ideas.TED.com »