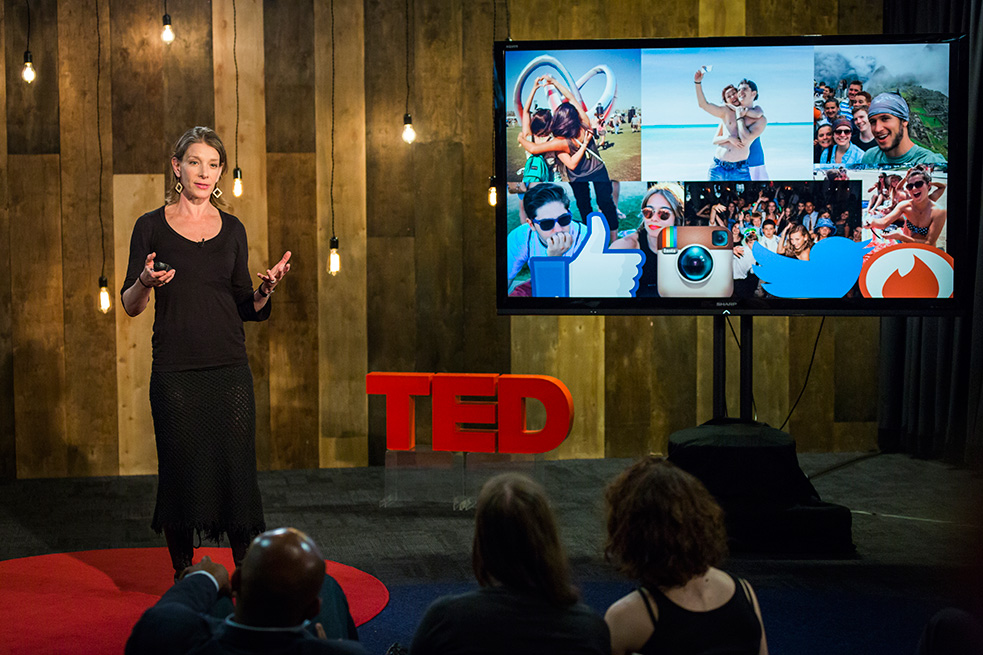 Can we cheat at making a first impression? Judith Donath says yes, and in many ways. Photo: Ryan Lash/TED

First impressions are full of promise — and anxiety. On Tuesday night, five speakers in TED’s New York office shared a salon that explored the hidden opportunities, truths and humor in these split-second assumptions.

First up, NYU associate professor Adam Alter showed how exploiting a simple human trait could actually make us more generous. “We like things that remind of us of ourselves,” he says. There’s no shame in that — it’s why so many humans look like our dogs — and in fact, there’s opportunity. Alter’s research on what drives generosity revealed that people are more likely to donate to a fund for hurricane disaster relief if the first letter of the hurricane’s name matches the first letter of their own name. So a person named Richard is more likely to donate to a relief fund for Hurricane Rita. The fundraising hack he suggests? Instead of naming hurricanes in alphabetical order, as the National Weather Service does, name them according to the most common first-name initials in the United States: J, M, C and R. Alter suggests that this shift could spike philanthropy to the tune of $700 million.

Judith Donath studies our ability to construct perceptions of ourselves. Luxury car rentals, elevator shoes, buying twitter followers (who might be bots), we’ve come up with a thousand ways to fake a first impression. Online, it’s all about seeming, not being. And now that we’ve reached a reasonable level of artificial intelligence, when we’re not sure if the telemarketer on the phone is a robot or someone reading a script (as she reminds us, a Turing test doesn’t ask, “Can a machine be intelligent?,” but, “Can a machine seem intelligent?”) — Donath suggests it’s time to move beyond caring about construction and illusion online, and focus instead on the reality behind it.

Journalist and comedian Chris Colin charmed the audience with tips on how to turn small talk into smart conversation. Our favorite tips:

Next, slam poet Mahogany L. Browne riveted us with her spoken poem “This.” Her voice was rapid-fire and soaring, like a bird’s wings beating then floating on the updrafts: “I can’t hold this want / this now / this here / sprawled inside my chest / this black that I can’t separate from the breaking sunrise / this smile.”

Finally, designer Chip Kidd stood up to talk about his new TED Book, Judge This, a deep dive into the design of first impressions. Kidd himself likes design that is legible and clear. But, as a book jacket designer, Kidd also uses ambiguity and intrigue to entice readers to open a book up and learn more. He walked us through the thinking behind several of his book covers. One example: David Sedaris’ All the Beauty You Will Ever Need. “The title had nothing to do with anything in the book,” Kidd moaned. “It came to the author’s boyfriend in a dream.” Kidd wandered around New York City for days trying to come up with a visual for the title. He found his inspiration in a restaurant in Chinatown. “I was trying to think,” Kidd remembers, “where might I see a bit of mysterious text that seems to mean something but doesn’t?” The answer was right in front of him: a fortune cookie. The jacket design was born. 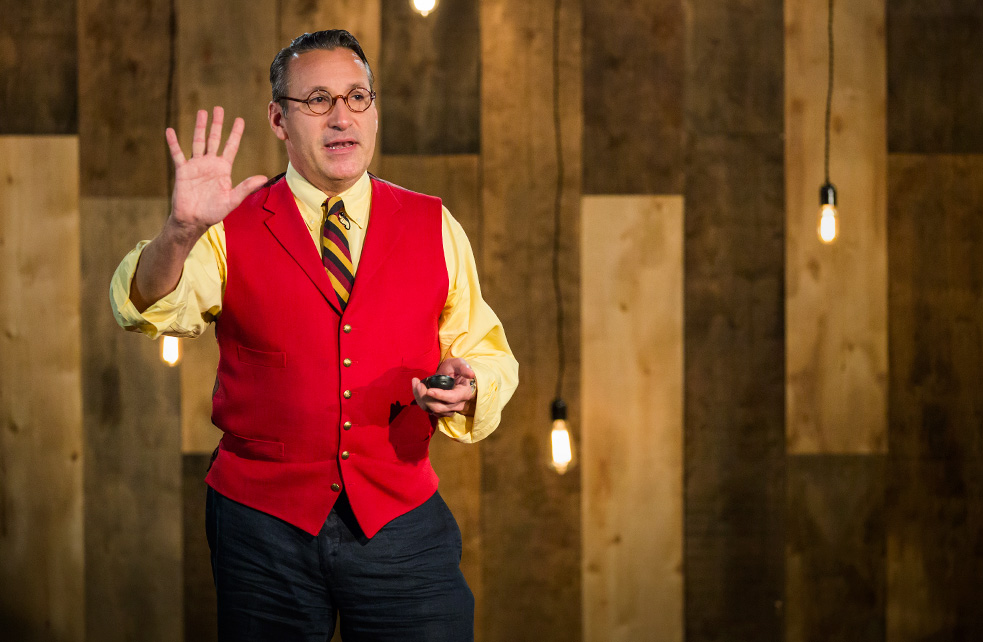 There are two ways to give a good first impression: with clarity and with mystery. Designer Chip Kidd likes both. Photo: Ryan Lash/TED