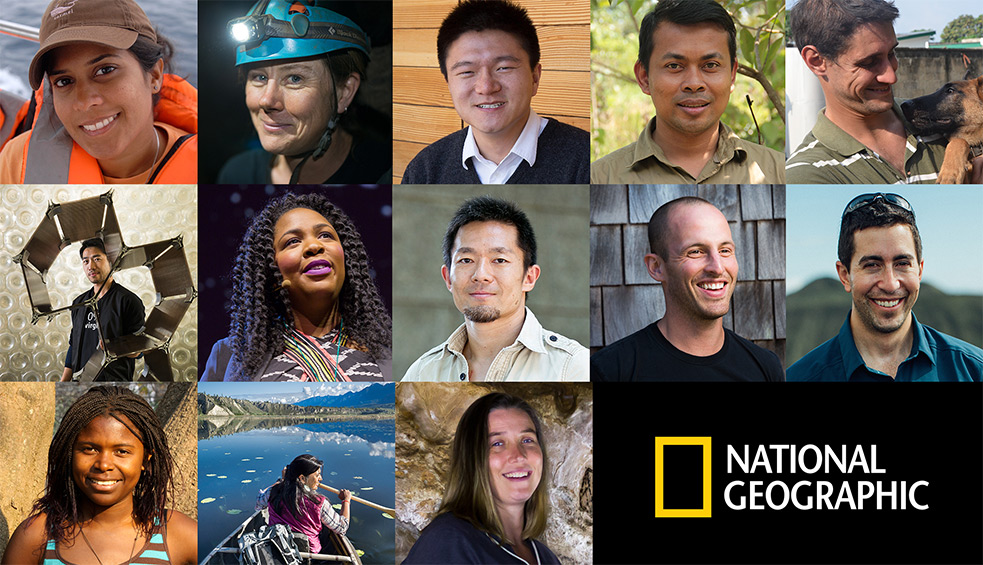 Why explore? Why leave the safety of the familiar for the dark and dangerous unknown? The answer is simple: We explore the outer reaches of space, the depths of the ocean and everything in between because they are there. If you have this insatiable curiosity and hunger for a new frontier — no matter your profession or vocation — you are an explorer.

Last week, TED Fellows Asha de Vos, Jedidah Isler, David Lang and Genevieve von Petzinger were named 2016 National Geographic Emerging Explorers. This program recognizes explorers of all kinds — educators, storytellers, innovators and scientists alike — who are making a positive impact on the world. Each explorer is awarded $10,000 for their research that covers subjects such as ….

Read more about each TED Fellow included in this year’s Emerging Explorer class:

Asha de Vos (Watch her TED Talk) is a marine biologist who studies blue whales on the shores of her native Sri Lanka. She specializes in the “unorthodox” kind of whales: small pygmy blue whales that are 1.5 feet shorter than average, feed in warm tropical waters (instead of cold) and have their own distinct acoustic dialect. The northern Indian Ocean contains one of the busiest shipping lanes in the world, which makes these whales especially vulnerable to ship strikes and pollution, threatening their survival. One of the biggest obstacles de Vos faces in protecting them? Lack of awareness: “The ocean is very much a vocational space and not a recreational space. The connection to and fascination about the ocean is largely missing,” de Vos says in conversation with Christina Nunez for National Geographic. “People from around the world, but mostly Sri Lankans, write to me and say, ‘I didn’t know we had whales in our waters.’” 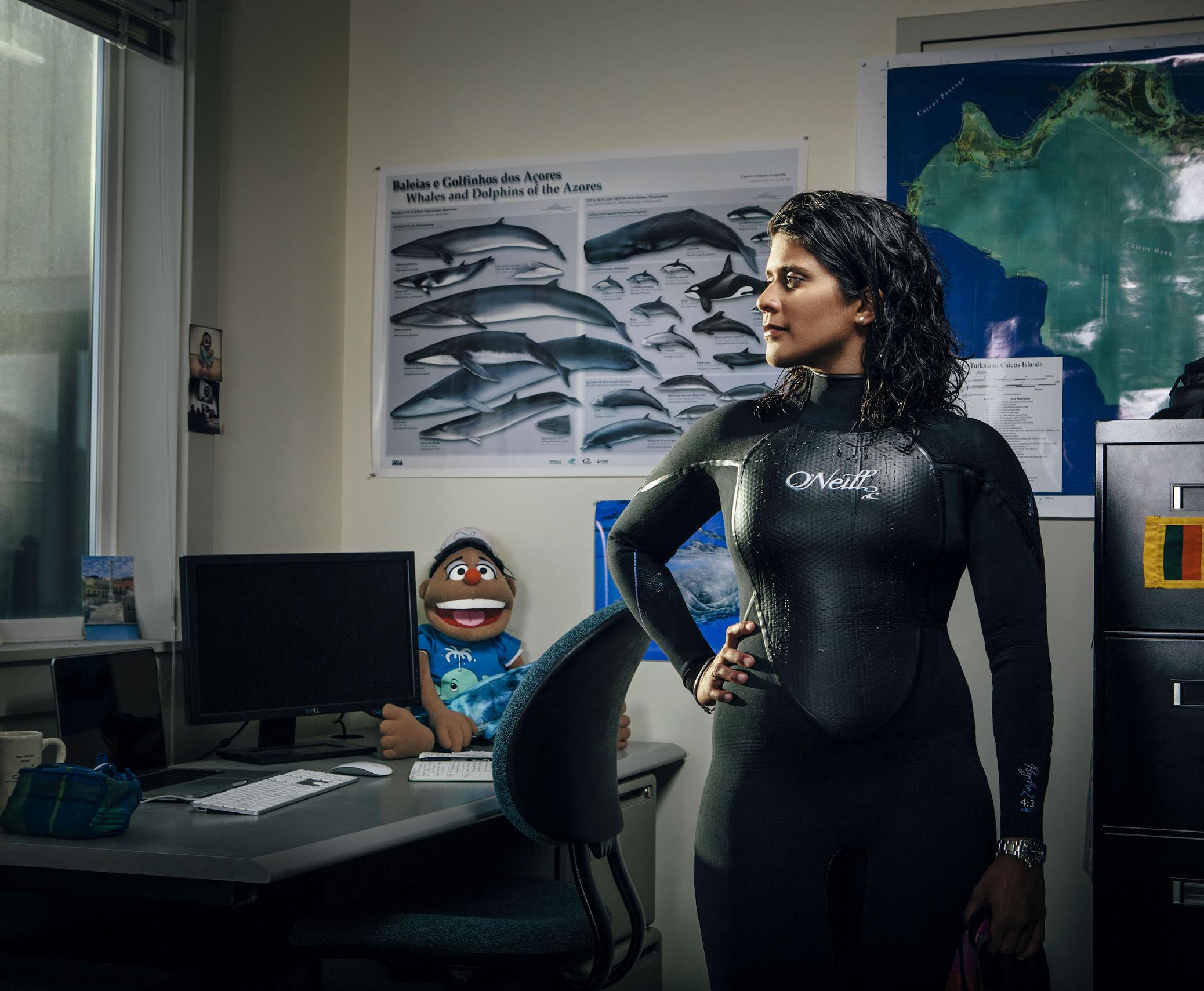 Jedidah Isler (Watch her TED Talk) is an astrophysicist who studies blazars (blazing quasars): supermassive, hyperactive black holes that weigh up to 10 billion times the mass of the sun. By looking at the physical mechanisms that spur their central jets — powerful particle streams that move at 99.99 percent of the speed of light —  she hopes to uncover some of the fundamental processes of the universe. Jedidah has another passion: increasing diversity in STEM (Watch her TED Talk on the subject). She advocates for early interventions to counteract structural disadvantage. “There are practices and traditions that are currently alive and well in our system that are designed to create an uneven playing field,” she says to Nunez. “I think a lot of things need to happen, from the very top in terms of institutional, systemic change all the way down to very simple family-level, neighborhood-level interventions that can help one find and persist on a path.” 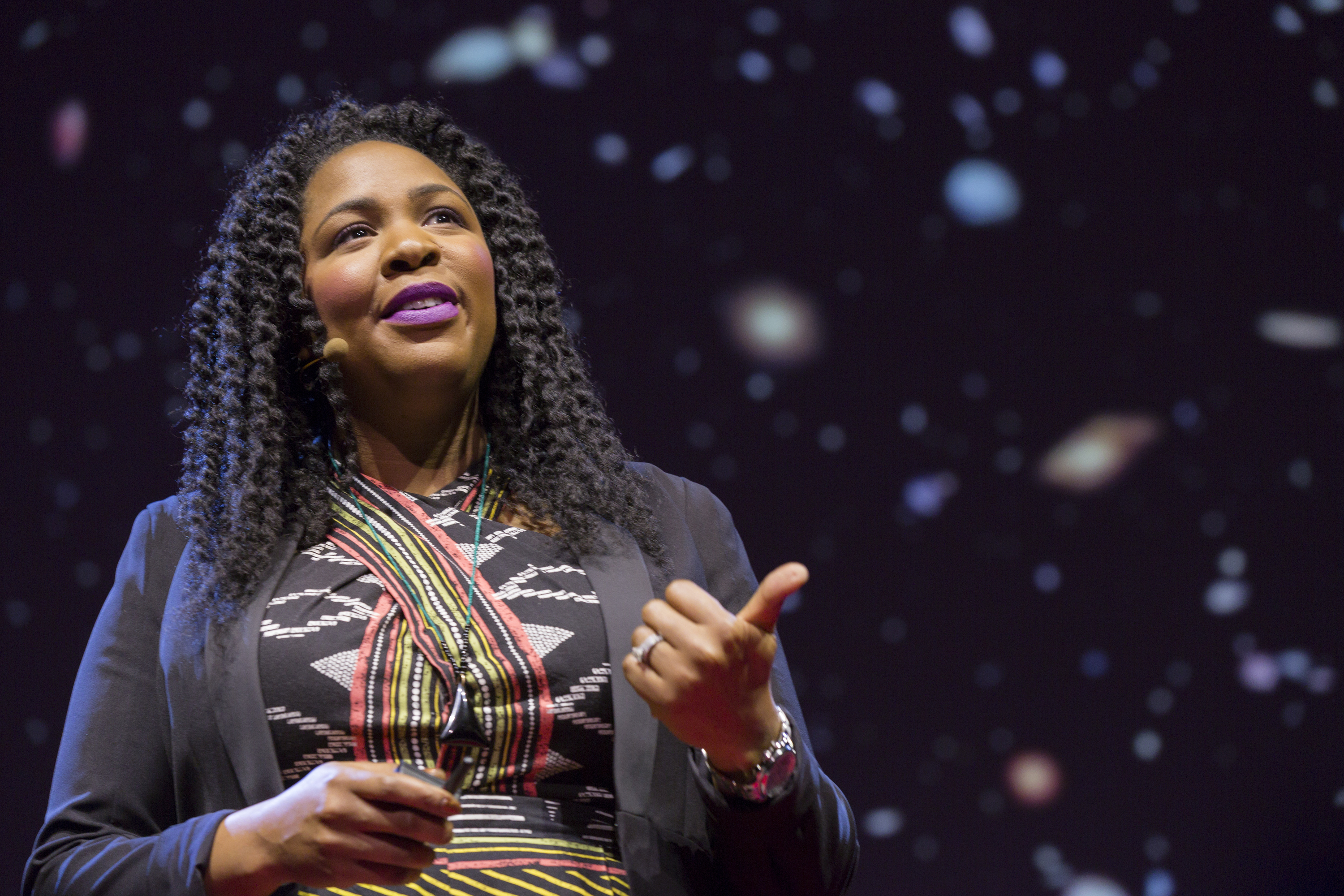 David Lang (Watch his TED Talk) is a maker who wants to create a network of citizen ocean explorers. He co-founded OpenROV, a company working to distribute low-cost underwater robots, and OpenExplorer, a digital platform that allows anyone to document their own adventures. More important than tangible discoveries, Lang says, is fostering a spirit of adventure. “What’s really important to me is just people getting up to the starting line. More people getting that enthusiasm, building this confidence to start exploring,” he says to Nunez. 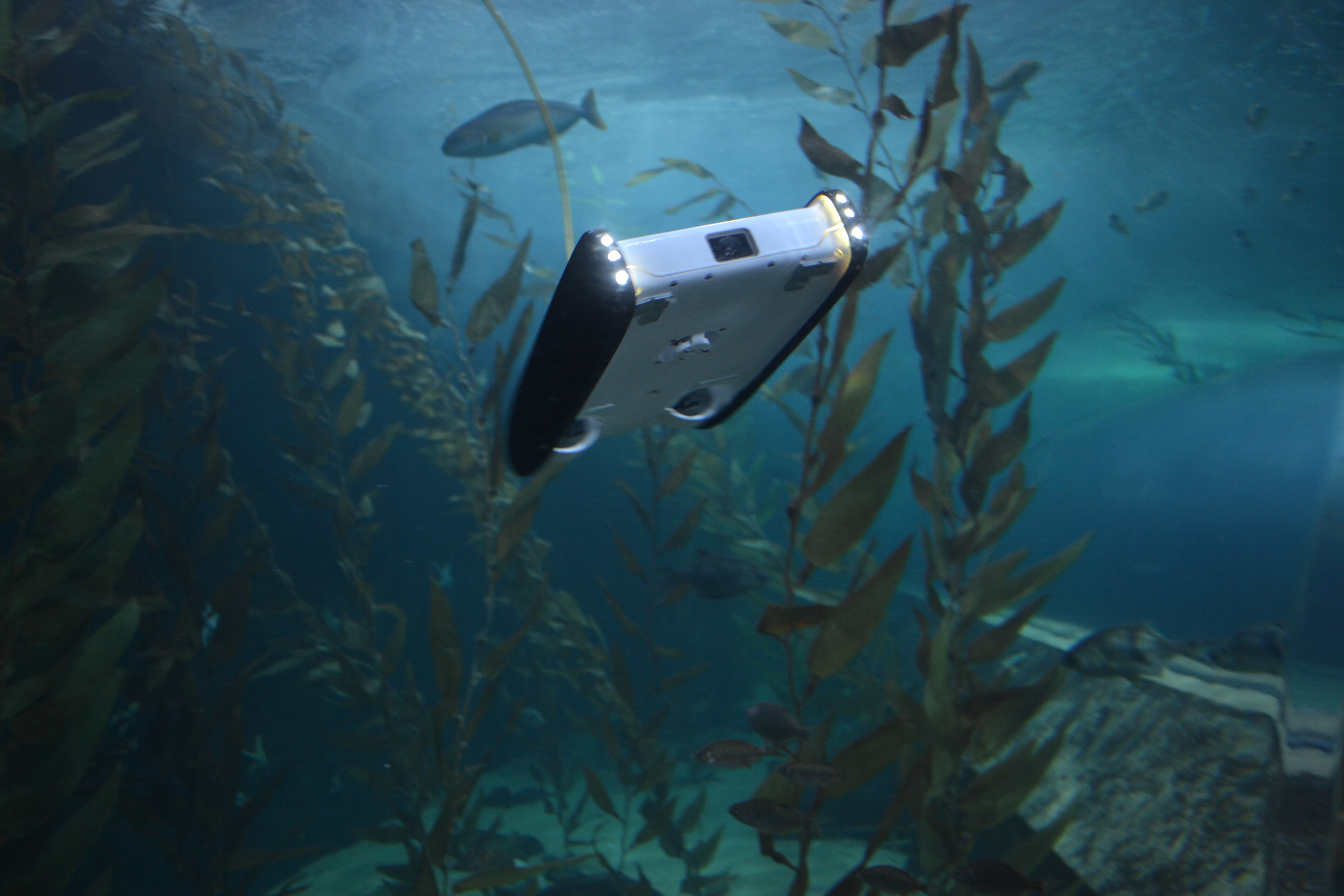 As a paleoanthropologist, Genevieve von Petzinger (Watch her TED Talk) is like an art historian who, instead of critiquing van Gogh, studies cave art from the Ice Age. In art-rock sites across Europe, von Petzinger looks at the often-neglected geometric shapes that surround images like animal drawings. She has the catalogued these oddly recurring shapes, creating the first-ever relational database that she hopes to make open source one day. Her studies, she says, may also help her understand exactly when in history humans like us became, well, humans like us. “200,000 years ago, there were people who looked like us and had our brain size, but they didn’t seem to quite be thinking like us yet. I’m trying to understand: When did these people truly become us, and how far back does that actually go?” 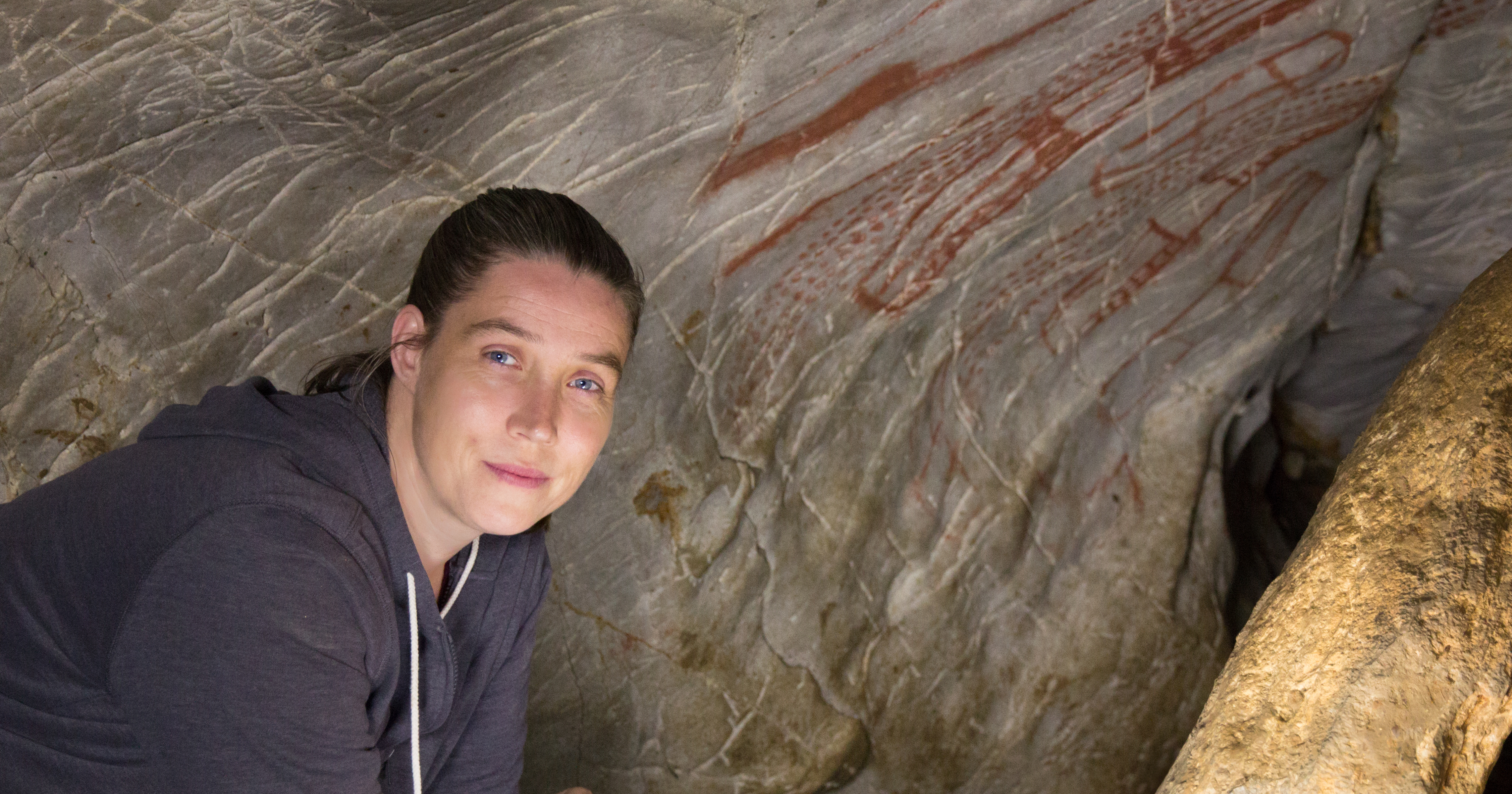 In her research, she also hopes to team up with David Lang to potentially explore art in ancient caves that are now under water.