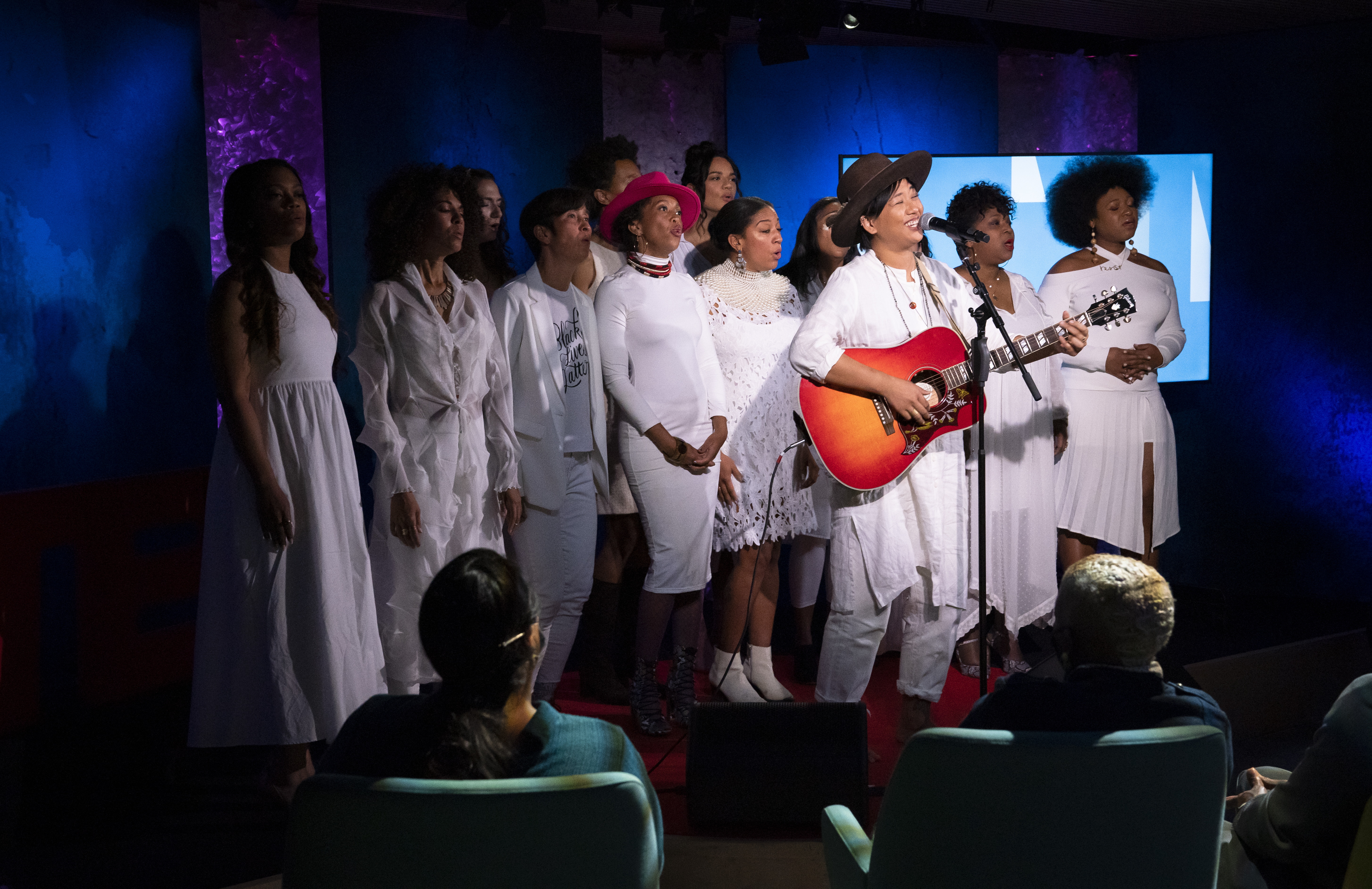 We all deserve the right to dream and to pursue better, richer and fuller lives. In fact, this ideal is often referred to as the American Dream. And yet, the country’s criminal justice system denies many people the freedom to truly dream — even after they have been technically “freed” from incarceration. In an evening of talks, four speakers and a performer challenged the definition of the word “freedom” and laid out new ideas for how to engage in systems change, close equity gaps and reimagine what it means to be free to dream.

The event: TED Salon: Free to Dream, curated and hosted by Whitney Pennington Rodgers, in partnership with American Family Insurance

Music: A soaring musical interlude from The Resistance Revival Chorus, a collective of women artists and activists who use their voices to amplify freedom, justice reform and the power of dreaming. 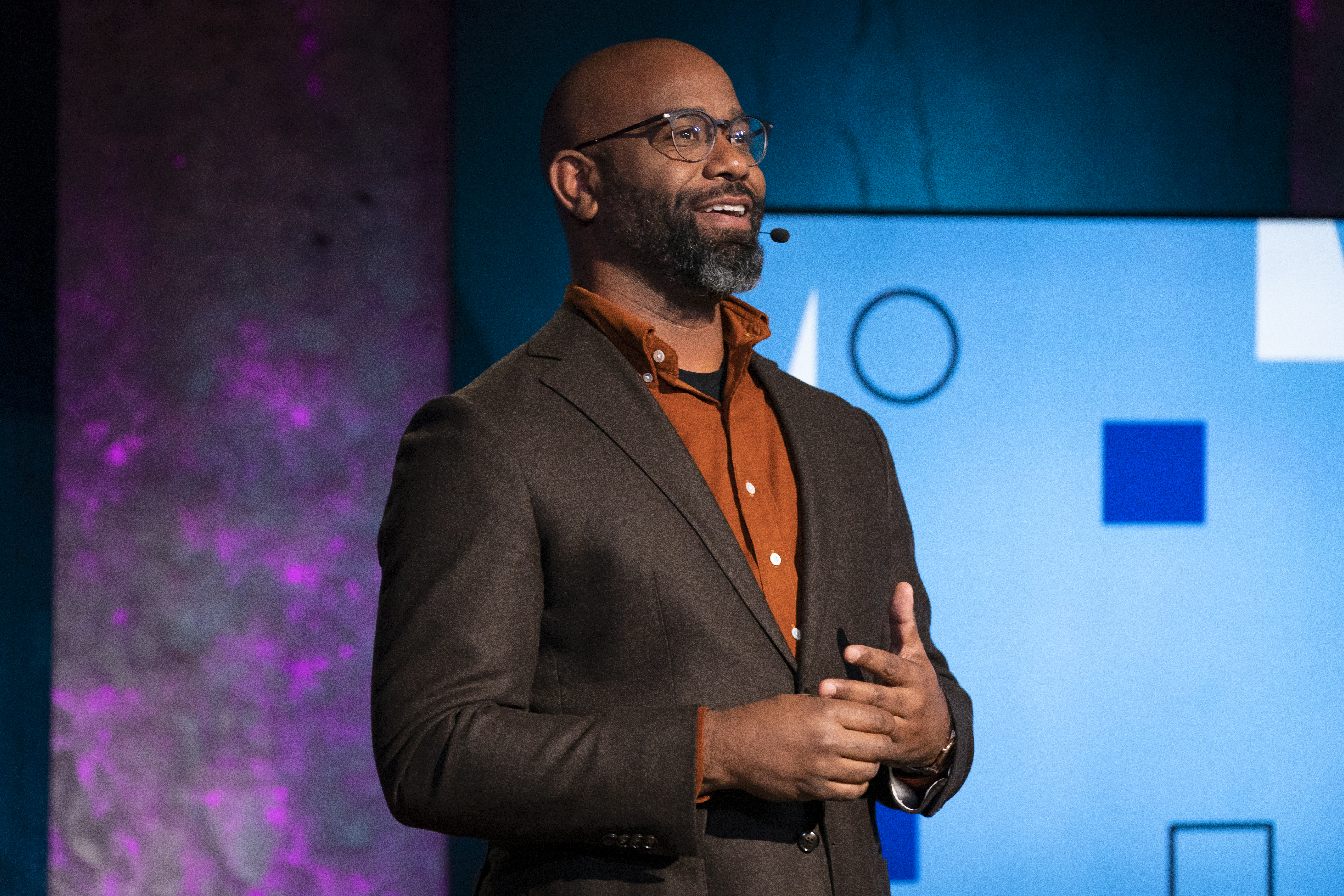 Big idea: For the nearly 20 million Americans with a felony record, punishment doesn’t end with a prison sentence. We need to embrace the politics of radical hospitality, where we make a place in society for all people, even those who’ve done harm.

How? When a previously incarcerated person comes home, they return to a hostile world — what Reuben Jonathan Miller calls an alternate legal reality. In the United States, more than 44,000 laws and policies dictate where a person with a felony record can live, what jobs they can hold, how they can spend their time and whether or not they can vote or see their kids. As a sociologist, Miller has spent more than two decades “following the people we’ve learned to be afraid of.” For people like a man Miller calls Jimmy, who was released from prison into Detroit, punishment never ends. Miller explains how the terms of Jimmy’s release required that he find housing, report to his parole officer for weekly drug screenings, complete a workforce development program and get a job — without providing him with any resources or support. His mother wanted him to come home, but he couldn’t even sleep on her couch because landlords can evict families for housing relatives with criminal records. What’s the solution? How do we end perpetual punishment? We need to change the laws, Miller says, but we also need to change our commitments. He points to Ronald Simpson Bey as someone who models the politics of radical hospitality. Bey spent 27 years in prison for a crime he did not commit, and since he’s come home has become one of the nation’s leading advocates for justice. When a 14-year-old boy murdered his son, Bey even advocated on behalf of the boy to ensure that he would be tried as a minor, giving the boy a second chance in life. As Miller says, people like Bey help us imagine alternatives for the formerly incarcerated; they invite us “to help remake the world, so we all belong, simply because we’re fully human participants in a human community.” 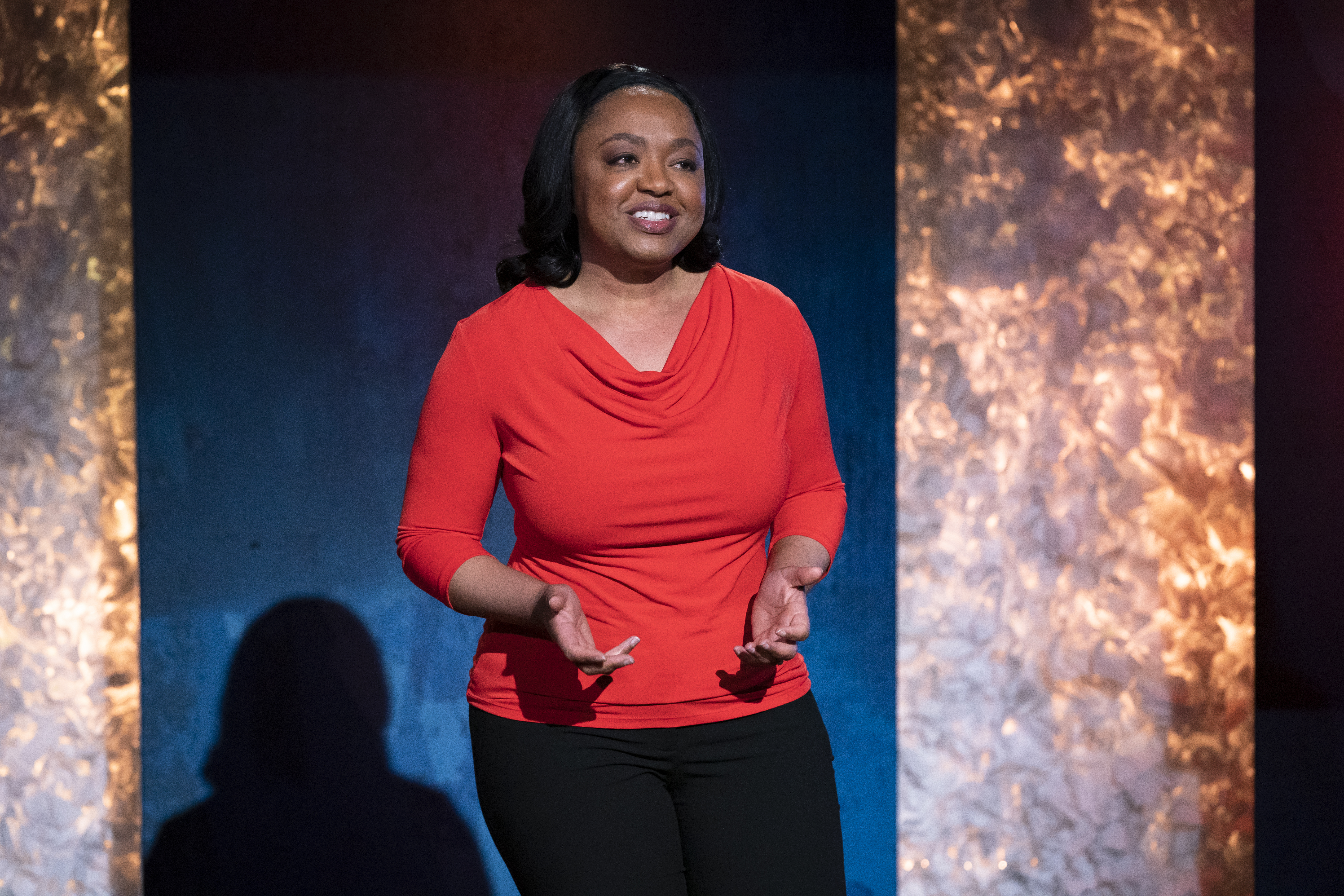 Big idea: Corporations can engage in justice reform by making it easier to hire someone with a criminal record.

How? Corporate commitments to diversity, equity and inclusion (DEI) often leave out people impacted by the criminal justice system, even though employment is one of the best ways to prevent someone from returning to prison. As social impact investment director for American Family Insurance, Nyra Jordan has pioneered fair chance hiring for people with a criminal record. Under her leadership, the company eliminated any “check here if you have a criminal record” boxes from their job applications and started including programs that train incarcerated individuals in their talent pipeline. Now, she shares four steps to implement fair chance hiring at your company.  First, she says, hire based on skills. If a person has the skills they need for the job, then a gap in their resume for time spent in prison shouldn’t matter. Second, make sure there’s a clear path for promotion for justice-impacted individuals. Third, help justice-impacted employees adjust to your corporate culture. And last, include criminal justice education and anti-bias training as part of your company’s DEI strategy to ensure a positive work environment for all fair chance hires. Someone who’s been involved in the criminal justice system can very much be a qualified candidate. “For many reasons, they might end up being your most motivated, most dedicated, most hard-working employees because their stakes are so much higher,” Jordan says. 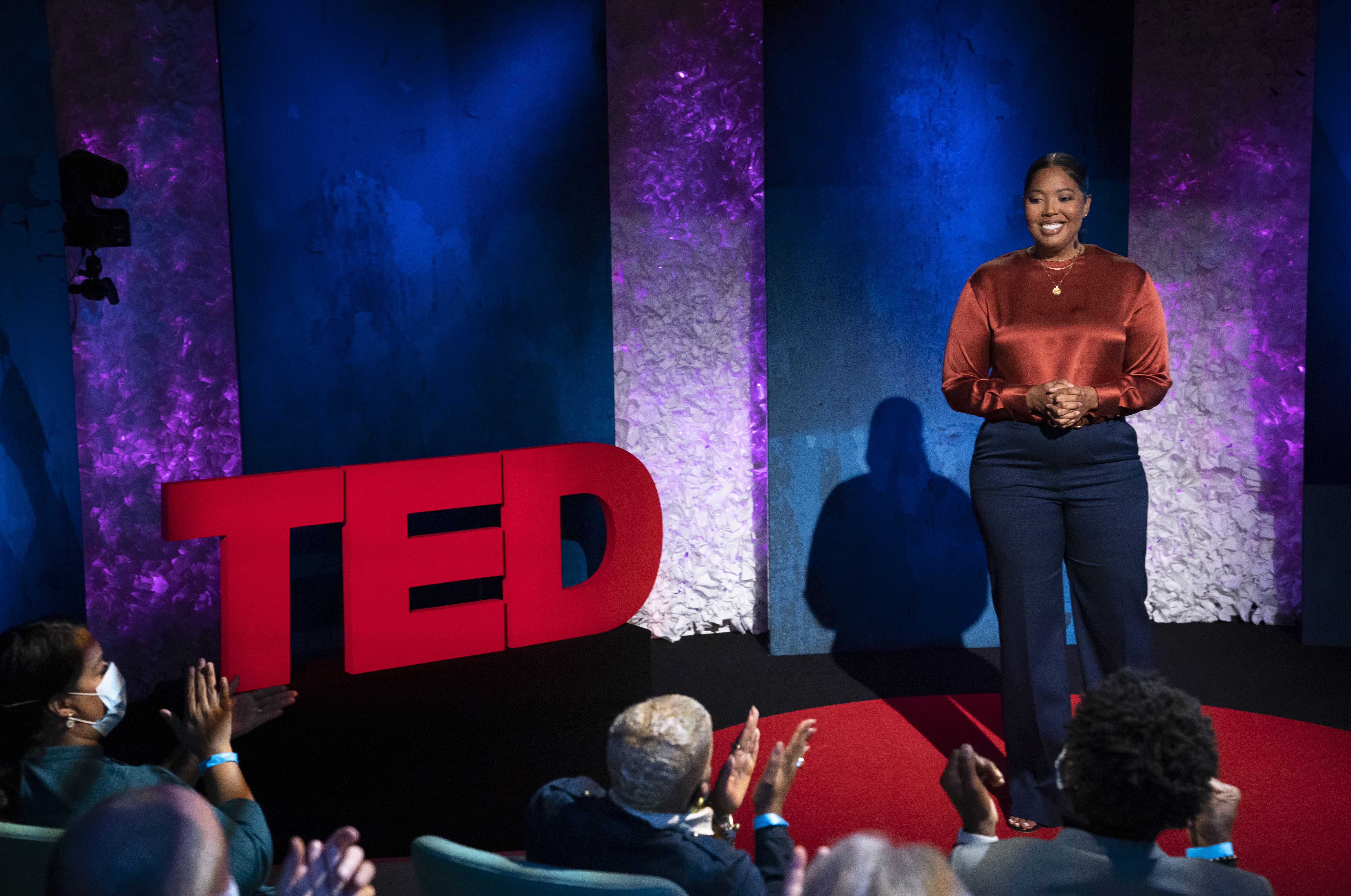 Big idea: The freedom journey doesn’t end when someone is released from prison. In many ways, it begins. True liberation must include a vision for restoring, investing in and nurturing the creative ingenuity of justice-impacted people.

How? Brittany K. Barnett realizes that we cannot rely on the glacially slow legislative process, or on lawmakers indifferent to those suffering behind bars. Instead, she champions “sustainable liberation” — a concept by which economic freedom, equity and access to resources and capital opens doors for incarcerated creatives to impact their communities both inside and outside of prison walls. In addition to numerous initiatives investing in the businesses of the formerly incarcerated, Barnett and her clients cofounded the Buried Alive project — a joint effort fighting to free those snared by outdated drug laws. Through these programs, Barnett helps restore the dreams of those whose lives have been shattered by prison. “When we lose sight of the humanity of those we unjustly sentence, we lose sight of all of the brilliance they might bring into the world,” she says. 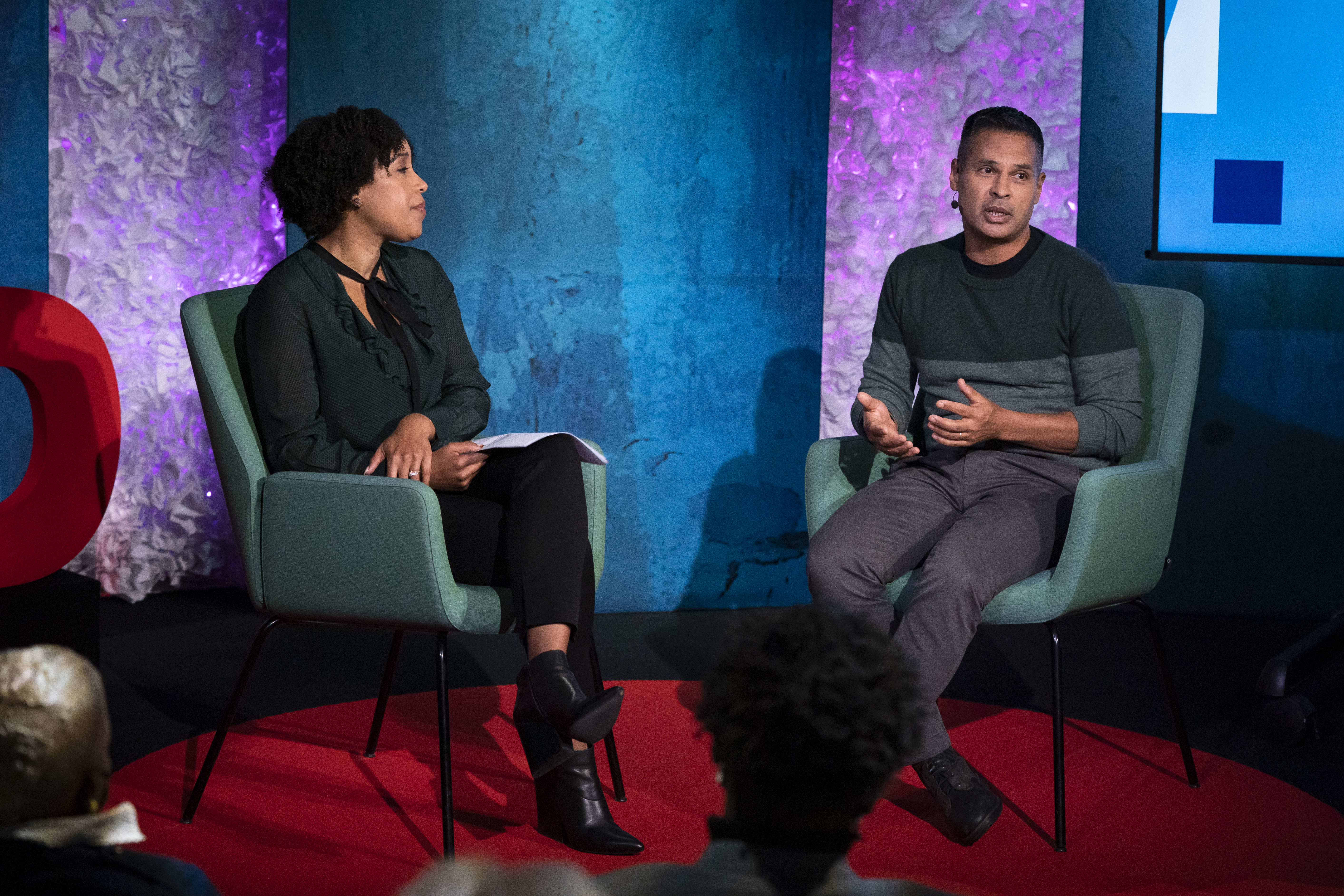 Big idea: With the Vera Institute, Nick Turner seeks to transform the “criminal legal system” — referred to as such because the so-called “criminal justice system” does not dispense justice. Instead, this system feeds America’s oppressive legacy of racial injustice, established through centuries of slavery and “Black Codes.” Disguised by euphemisms such as “War on Crime,” rather than fixing social problems, our current legal system preserves racial divides and economic inequities.

How? Democracy can do better than this, Turner says. We must shrink the system, make it less brutal and ensure that there is “some modicum of justice that is provided.” Among other initiatives, the Vera Institute helped overturn the congressionally imposed ban on Pell grants for incarcerated students, which extended to 20,000 students the opportunity to earn a degree. There’s a lot of work to do to build a just justice system, Turner says, but it’s crucial that we recognize the humanity of those caught in it, rather than bow to our fear of violent crime (which police and prisons do relatively little to minimize).